When considering the components of my collage I knew that I wanted more of a collection of texture to draw on rather than images so much, this is because I didn't want them to fight with my illustration for attention. So, I knew I wanted to include botanical references, because I draw on them so much for inspiration. I took a victorian botanical illustration, which it the only real 'image' rather than a texture, I also used an photo taken by my housemate Fran Tredget, shaw below, because I loved the way the soft focus makes it more of a texture than an image. These plant based things are also a nod towards my rural origins as a designer. I also referenced my current urban setting using the texture of a weathered brick wall because being in a beautiful old city like Leeds is inspiring, not just the place but the people too. The bare rock image I also used is intended to suggest, just as the wall does, that I am constantly being shaped by the forces of my surroundings. 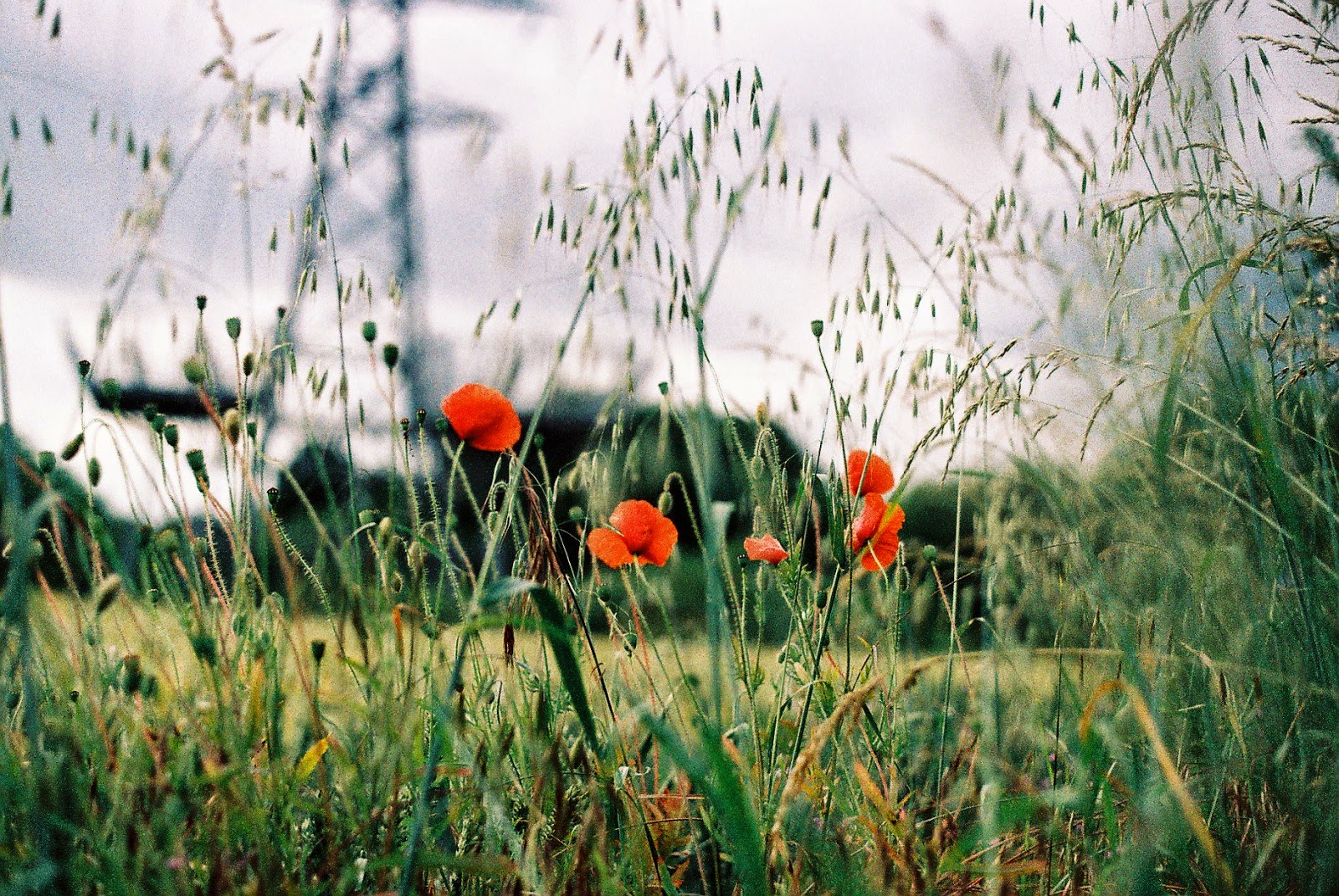 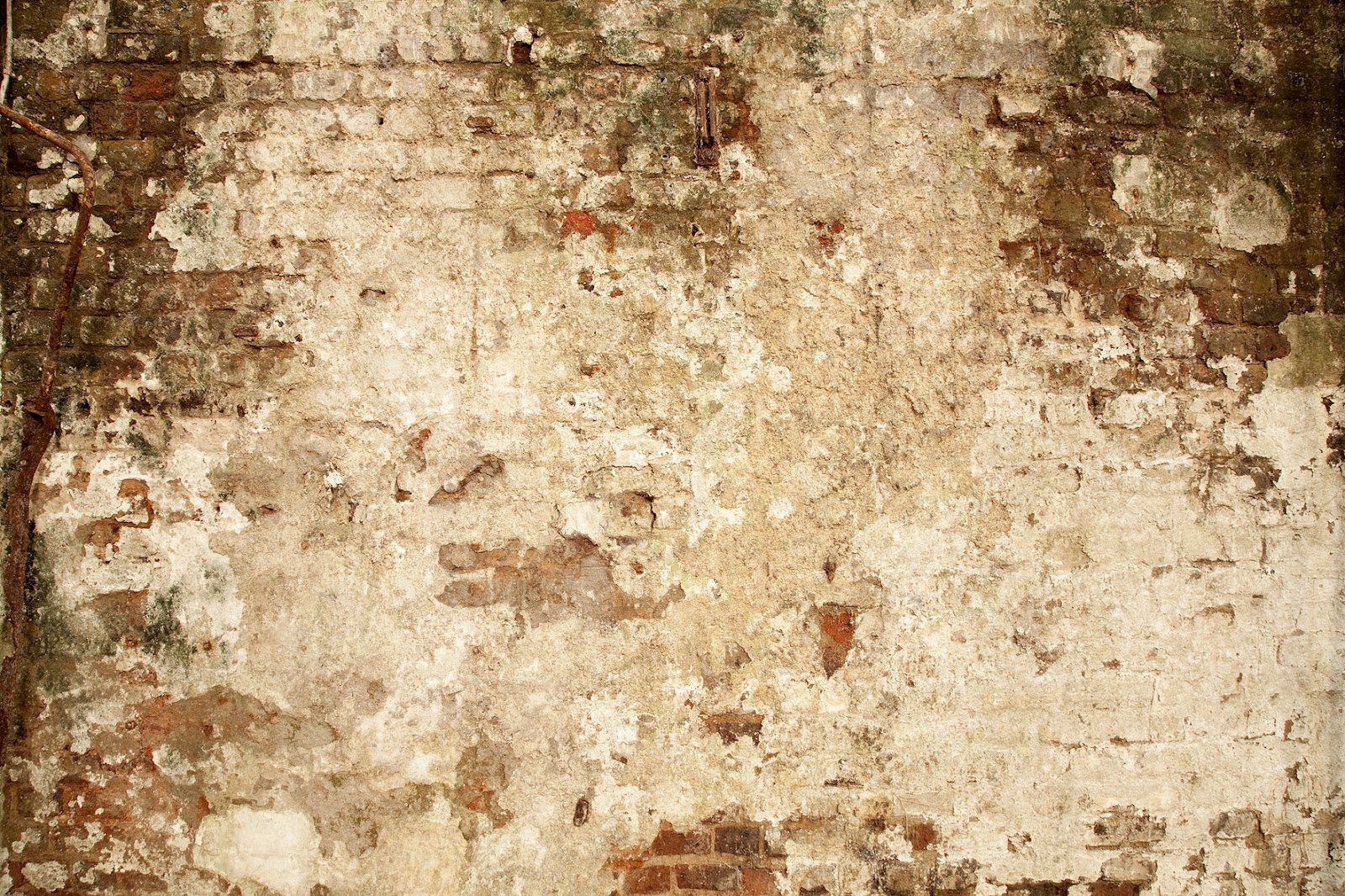 I combined these image in layers with some brawn and green paper I wanted to include simply because of the earthy connotations of the colours (I want to suggest that this texture is the earth under the map after all). The collage is a combination of fawn and angular cut edges, something that I drew from Dave Mckean, and I used white ink to reduce the intensity of the colours. Something I noticed Mckean doing is outlining a few of these sharp edges with coloured shadows, so I used some chalk pastels to do this, once again earthy colours to suggest that this texture is the ground of my land of design process. 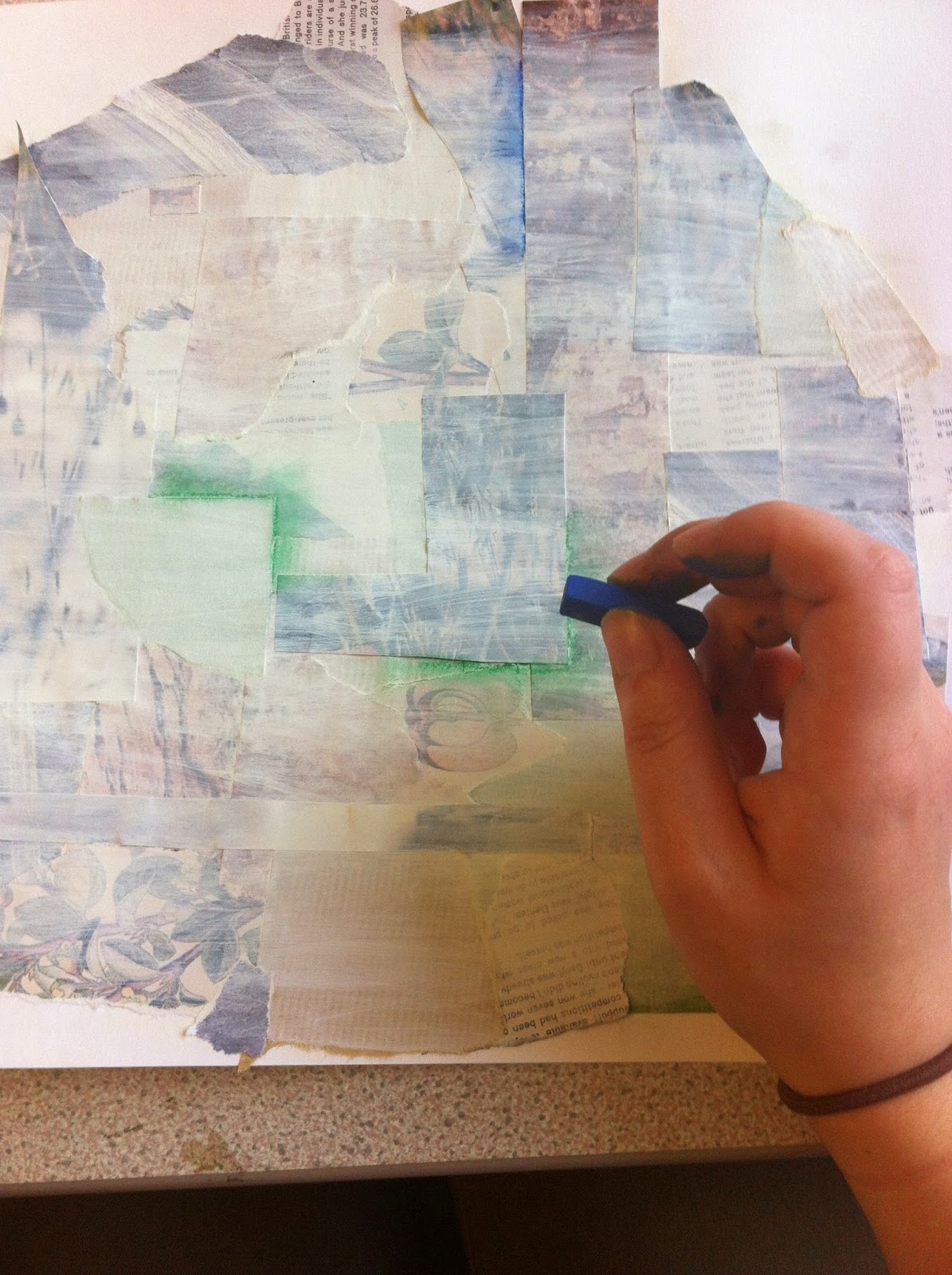 I still felt that perhaps it wasn't textural enough to be a background so I got a wall paint brush and did some abstract strokes across the collage. I wanted the bristles to be really noticeable in the strokes, because transparency of tools is something I very much ingrain in my work; using real objects and processes to produce something real and not relying on digital mediums. 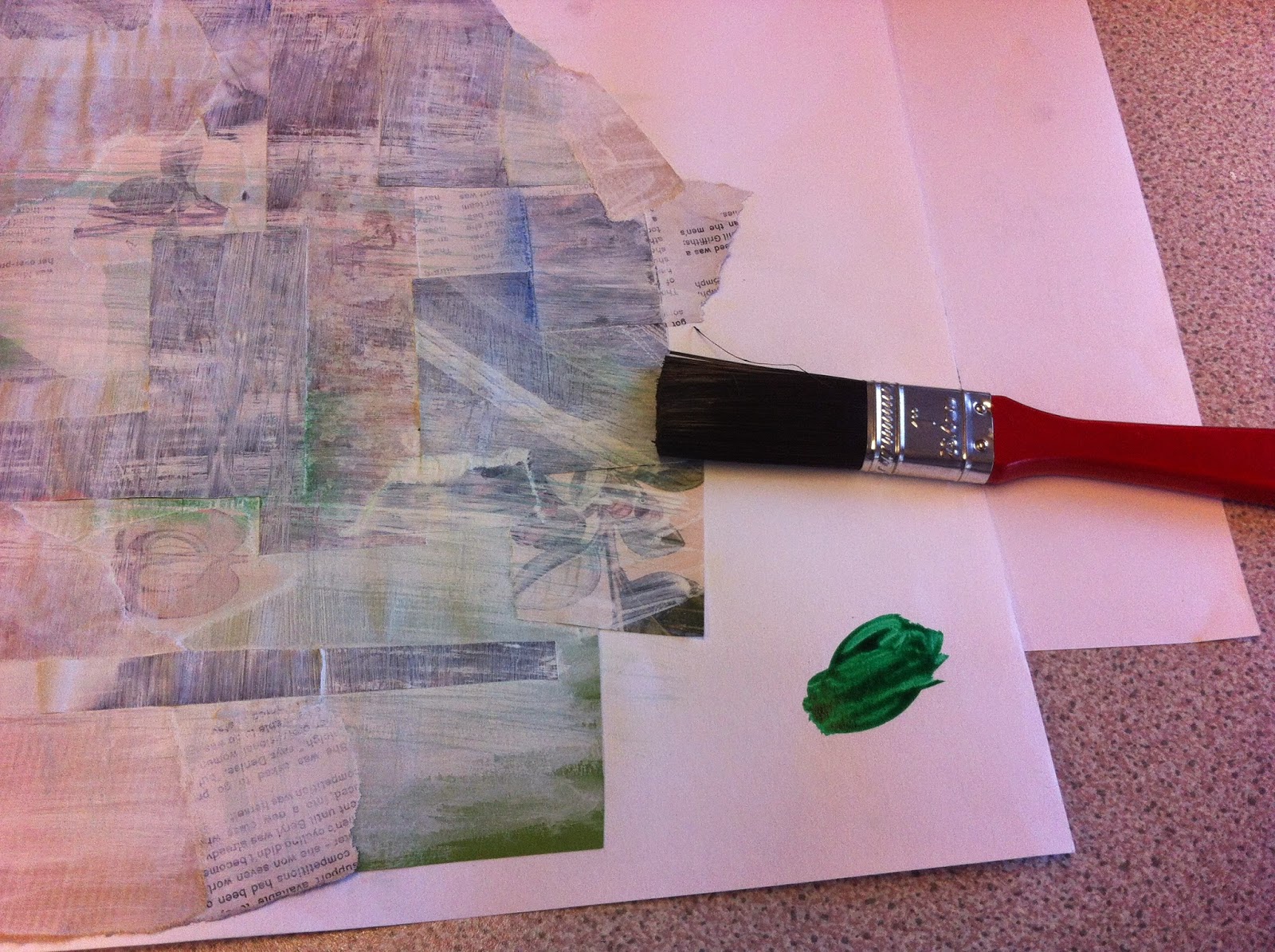 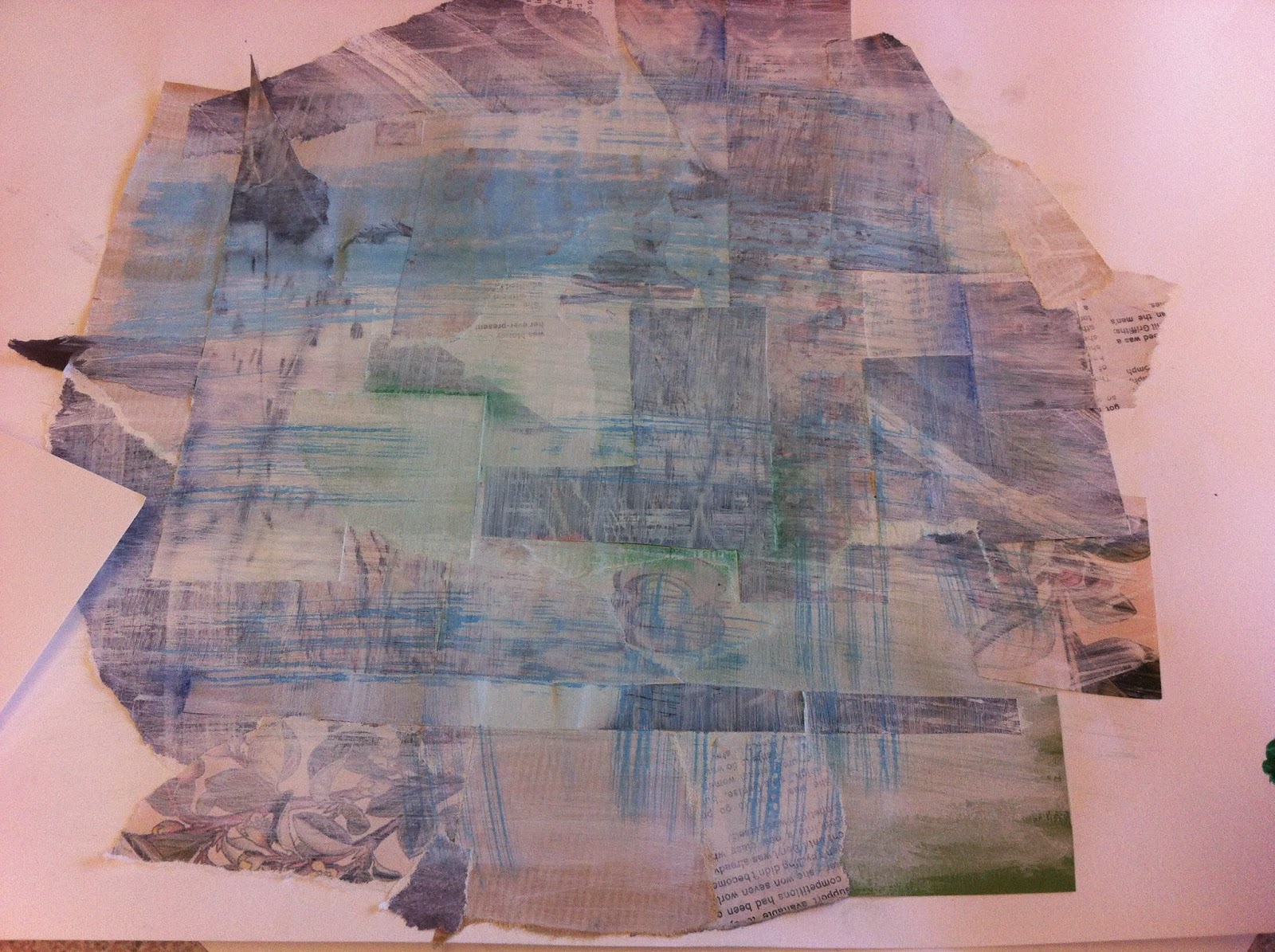 So far I am really pleased with the result but it may need tweaking in some areas when I overlay the illustration, because it might become too busy.