My first thought on this brief were that I didn't want to do a conventional flow chart or dry written description of my design process. I wanted something more expressive and visually accessible.

One of my favourite ideas is to create some sort of  board game that folds out of the box. This is because my design process is never the same twice and the way that the reader would play through it, coming out in different destinations each time, reflects this aspect of my design process.

I also had the idea to create an abstract and whacky flow chart of some description with hand rendered type and illustrations that helped to create a chaotic and whimsical finished effect.

I have played with the idea of a double sided graphic which on one side seems quite controlled, although still hand rendered and on the other a colourful chaos. This could feed into the board game idea by having holes in the surface that you play through from side to side.

By far my favourite idea is making some kind of map, like the ones you find in the beginning of fantasy books, because in a sense I am at the beginning of a journey as a designer. I would name areas of the map as parts of my design process i.e. the canyon of creative block. I though to start with that perhaps this idea was a bit obvious but talking to other people about it surprised me. They seemed very surprised and interested, saying that it was really original. Maybe it was just obvious to me... 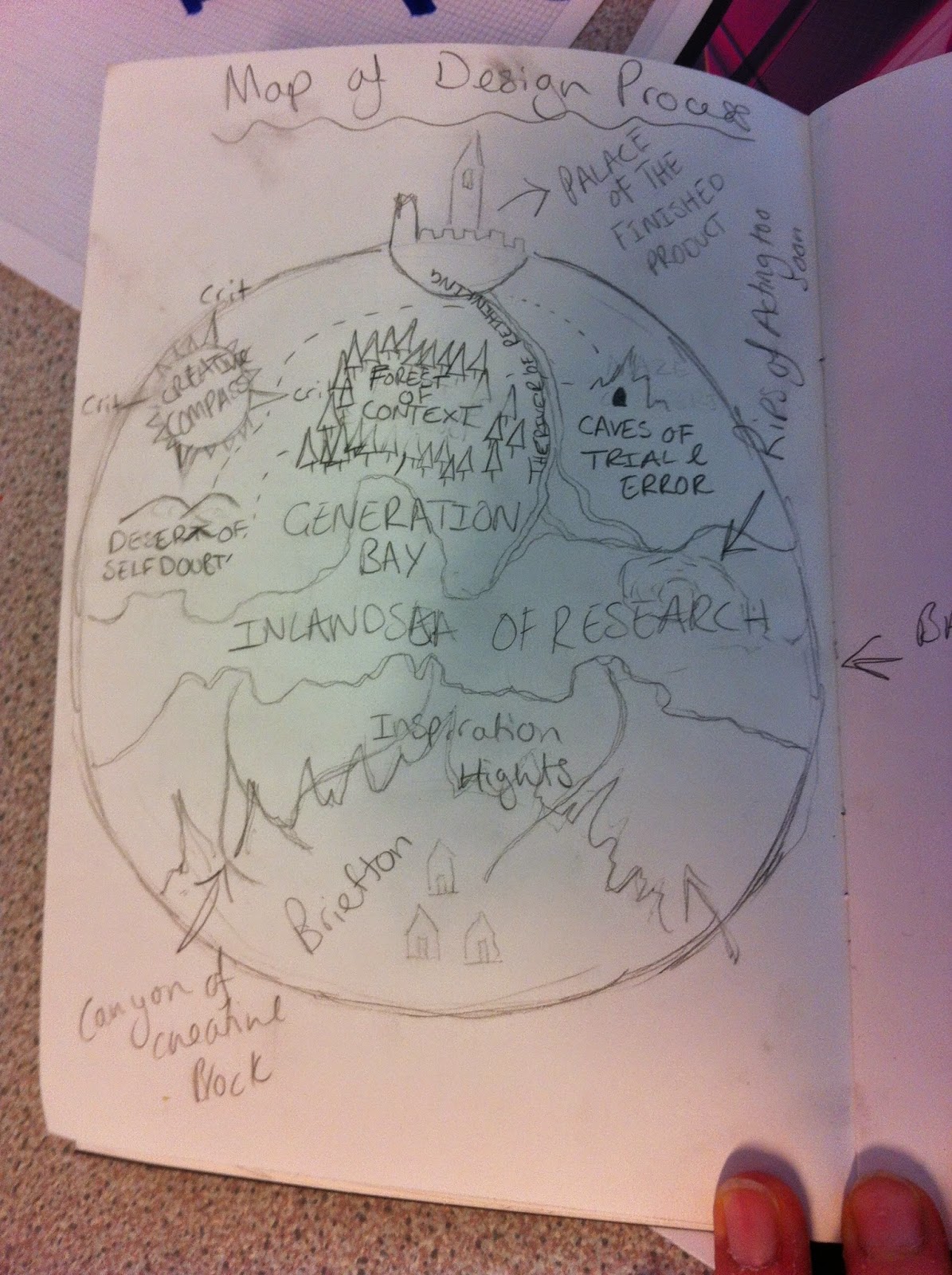