Over the last day I have just been producing deems of sketches all along the themes of dialog, equality and femininity with strength. 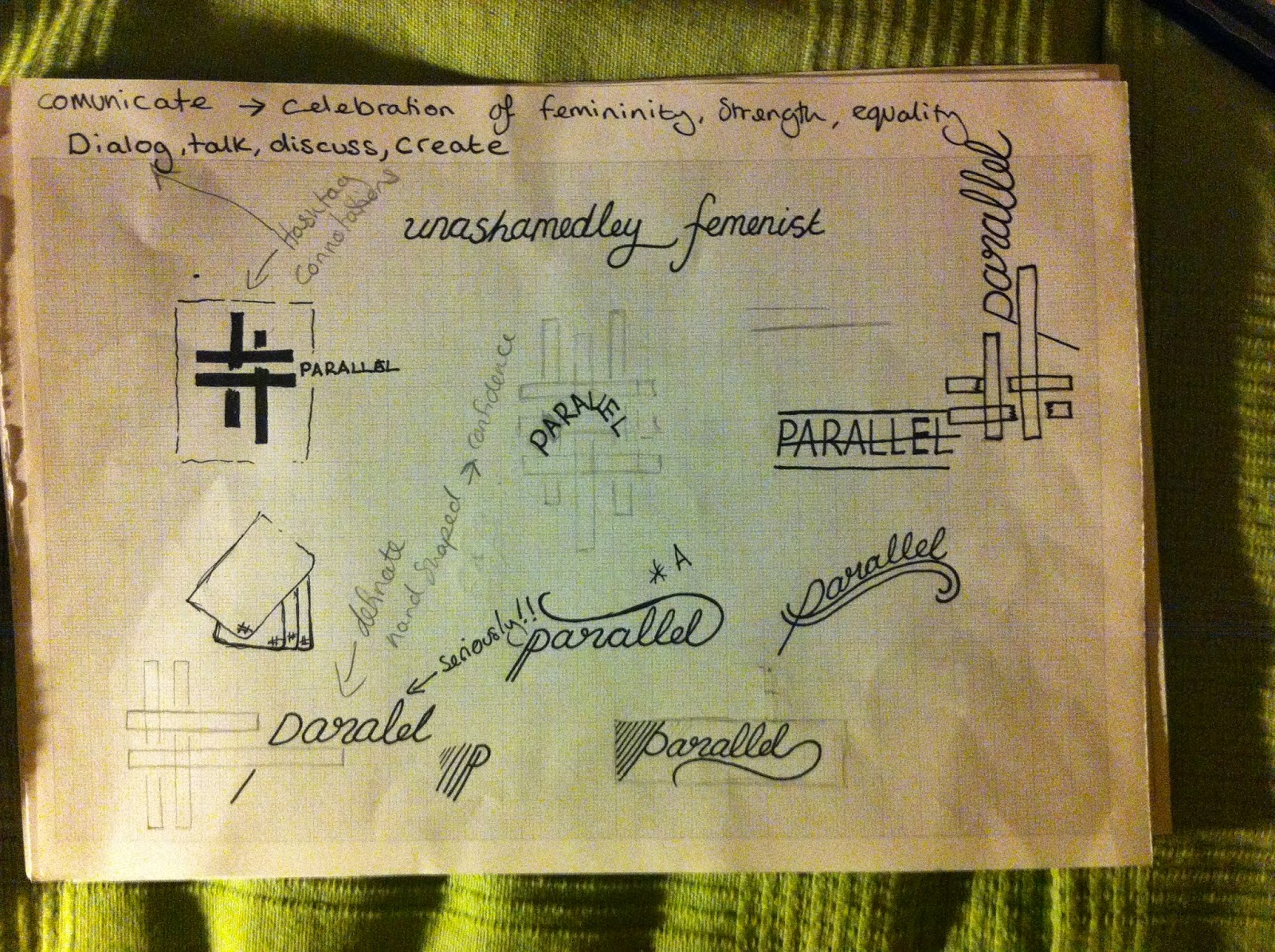 One of my Major ideas was the equals symbol crossed over to create a plus sign, to suggest that positivity is created from equality. I also really like the idea of designing the logo to be placed at the bottom right hand corner of the magazine so as to differentiate its self from the other mass media magazines. 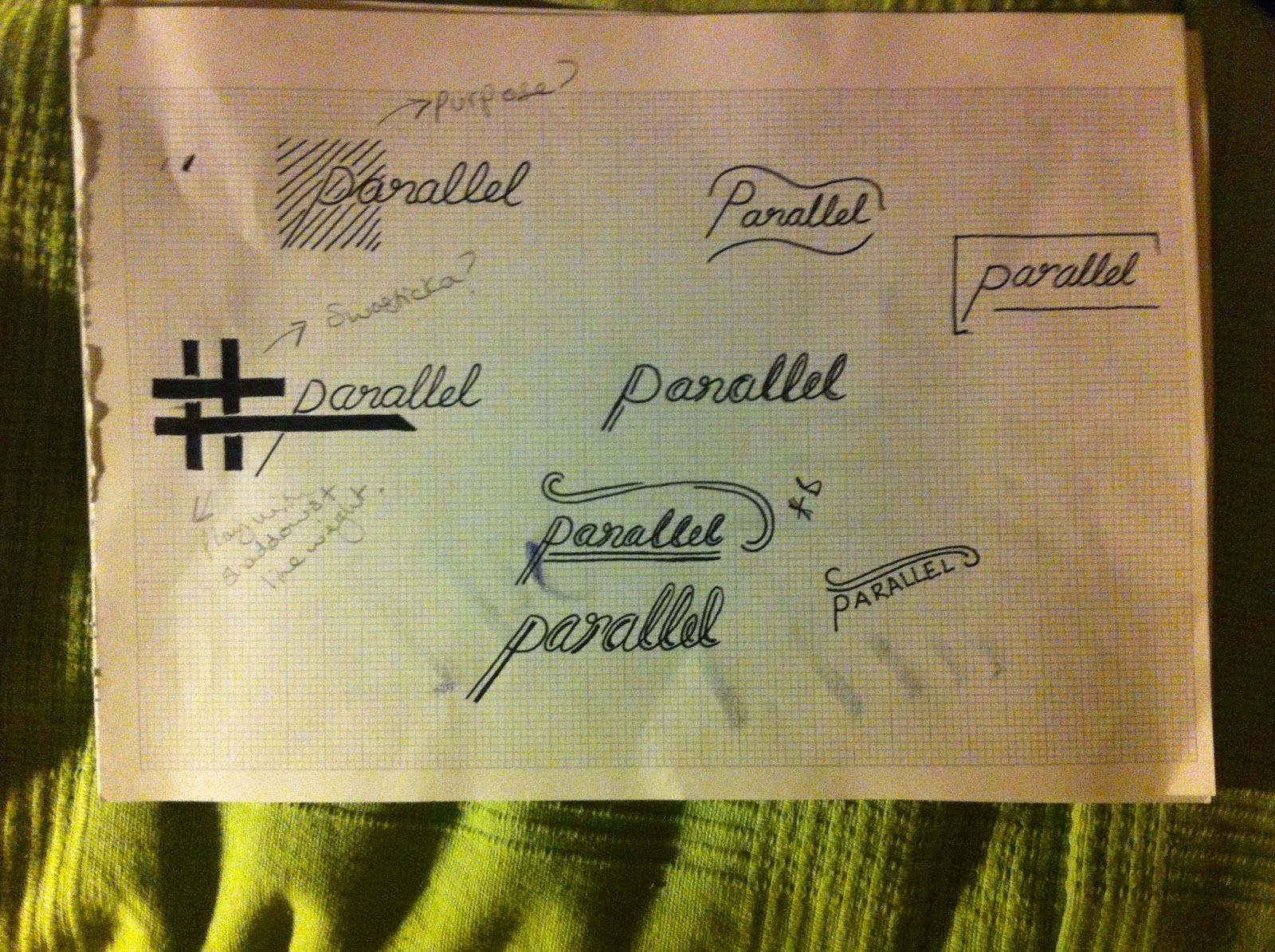 As you can see I have also tried out a number of type possibilities; attempting to create visual strength in florid shapes. 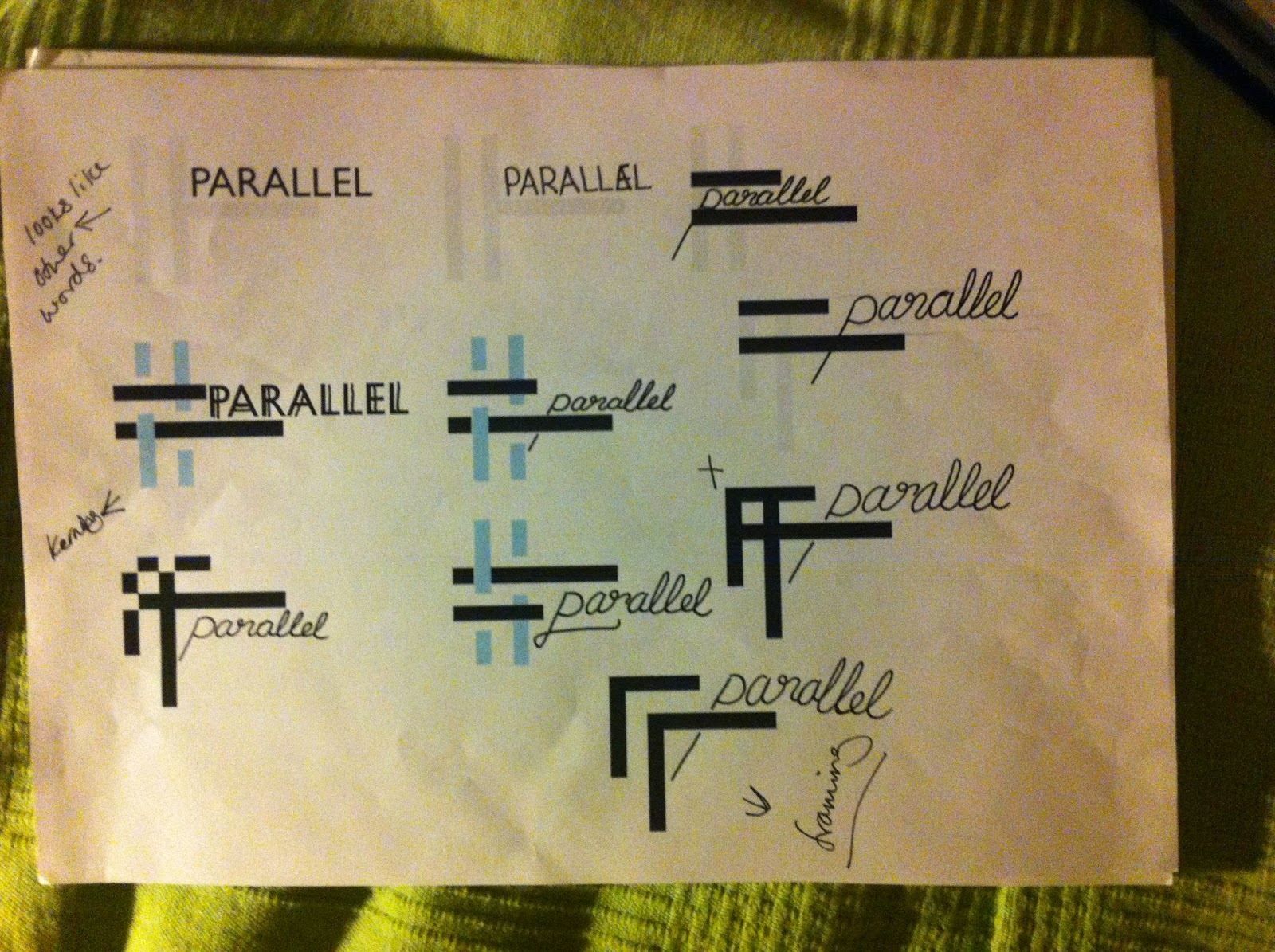 I took the two equals signs into illustrator and played around with creating shapes. I quite like the 'framing one' at the bottom right but I am unsure how this would mesh with type properly. I also tried some digital type but found that I really didn't like the look of a lot of the fonts in lower case and the capitalised version of the word just started to look like apparel. I think I need to research some other fonts in a digital format and explore the possibility of framing them by hand, still getting that juxtaposition of the hand rendered and the digital.  I though perhaps the script like font wouldn't go down very well but Simon said that there was nothing wrong with it, just perhaps needed developing further and polishing. Something I will go on to do. 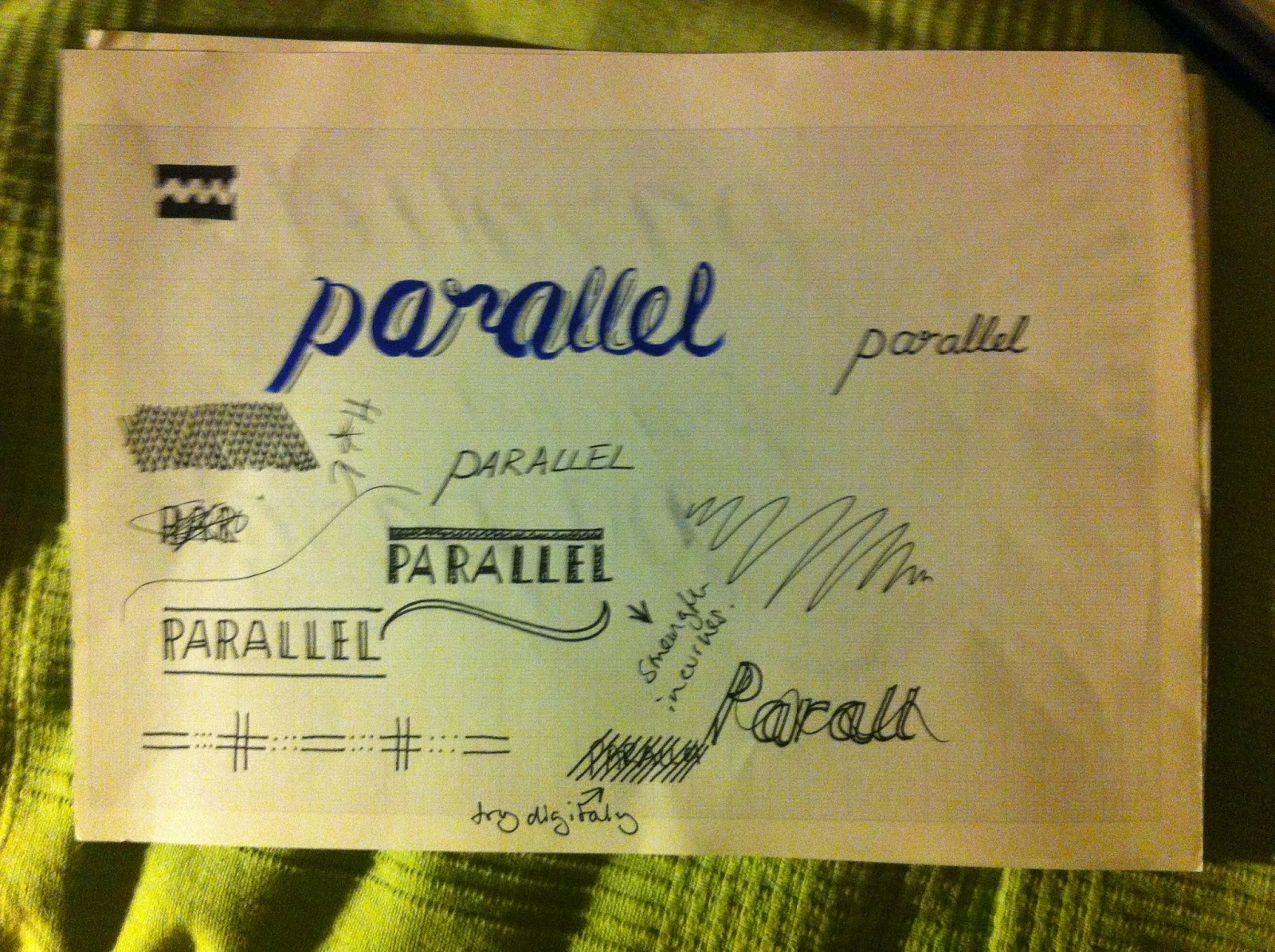 In the crit people seemed to jump at the design on the bottom left, which I felt to be the most generically magazine ish, just a hand rendered form of the elle or vogue fonts. But perhaps this is worth considering and developing, considering the universal response. 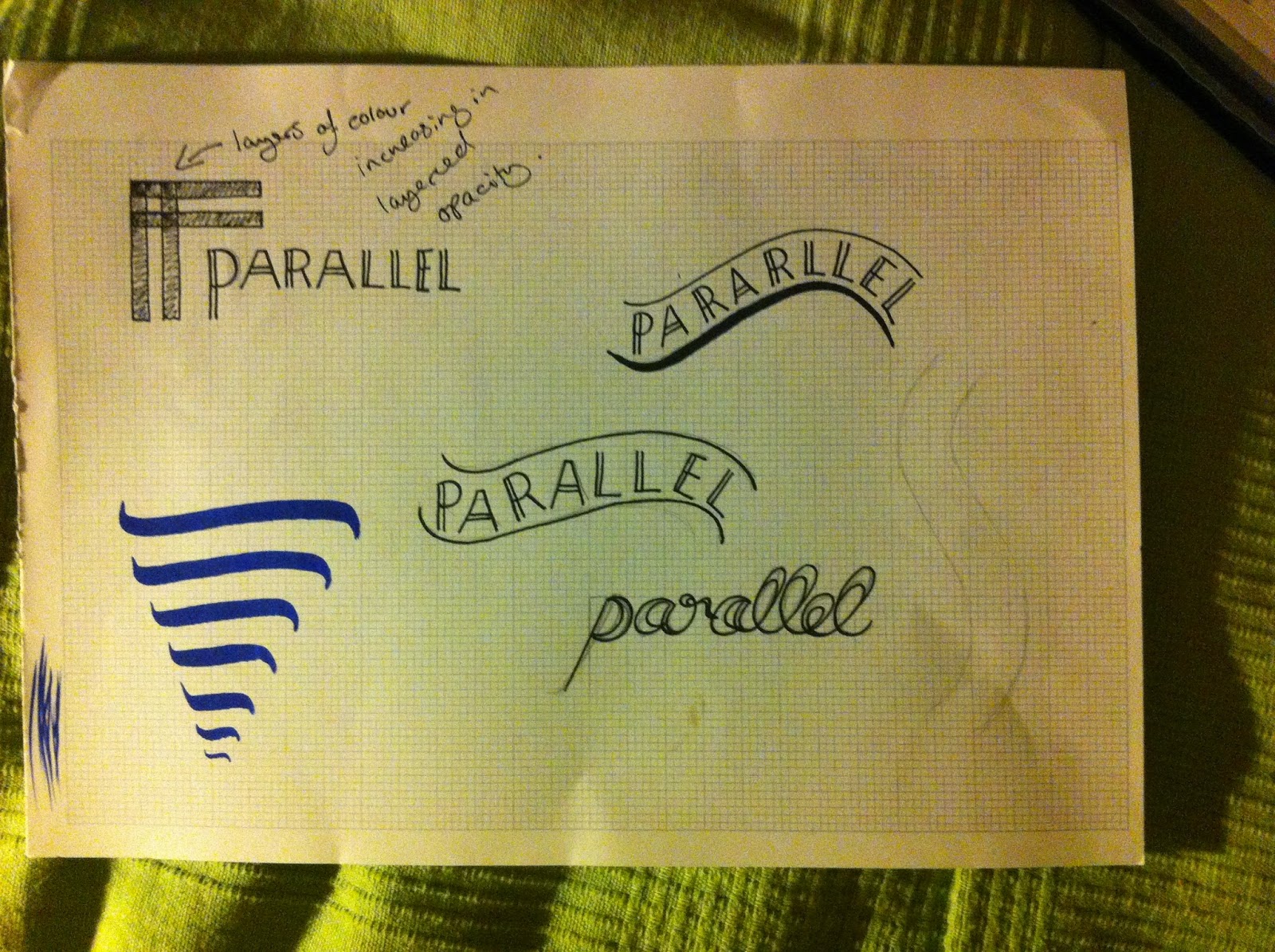 I also had the idea of making each part of the symbol a different colour but with low opacity so that when they overlaid they would create new colours. However, the point was raised that perhaps this would be too dominant for the front cover and perhaps black and white would be the most flexible option.

Mostly what I need to go on to do is digitise numerous of these ideas and eliminate the ones I find don't work.