After deciding that I wanted a circular format for the logo I started to experiment with some sketches. I wrote down a few words that I wanted to communicate with this logo.
- Escapism
- Beauty of Nature
- Concept of walking
- Fresh light and open

The dotted line is something that I really want to use because of the way it suggests the path marked on a map. 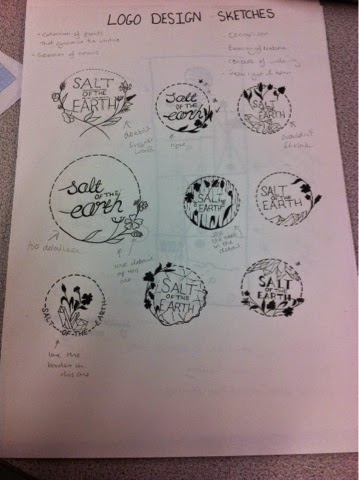 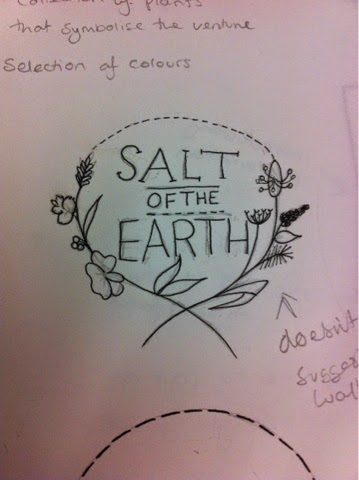 I like this idea but I also feel that it is just far too detailed to be shrunk down and still communicate anything. Also the cross over of the two branches just feels a bit religious. 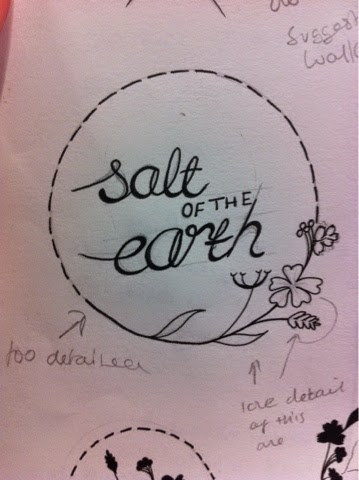 Although at this stage the type is just a slight suggestion of what is to come, I really like the type in this; the fluidity of it helps suggest movement which works perfectly in the context  of a walk. However, I have reduced the amount of plants in this design but I am uncertain if it is too busy to work at smaller sizes. I think from here on out I will draw these mock ups smaller so that I can deduce the shrinking possibilities of the logo. 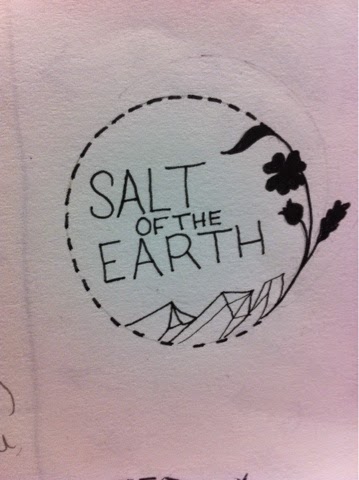 I also played with the possibility of adding salt crystals into the mix to make a literal imagery recreation of salt of the earth. In this logo I also looked at making the plants solid shapes rather than outlines in an attempt to make it look less busy. I think this is something I should try out more because it seems to work. 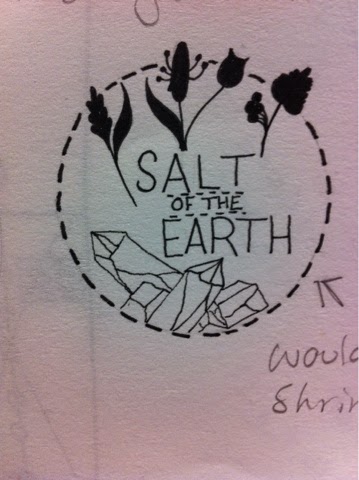 I tried implementing the idea of the plants growing from the salt crystals but I am uncertain about how effective this is. 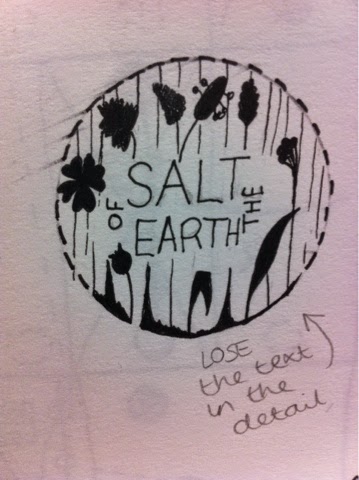 I played around with moving the base line of some of the type and having the plants grow through the words but once again I just don't like it. It feels messy and scratchy and far too busy. 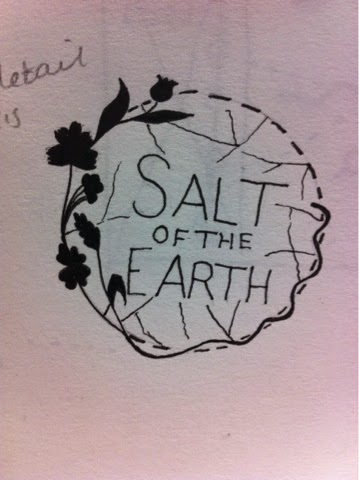 I then tried implementing the idea of the salt crystals as a texture in the background of the logo but again I think this isn't communicating anything and is far too texturally busy to shrink down well. 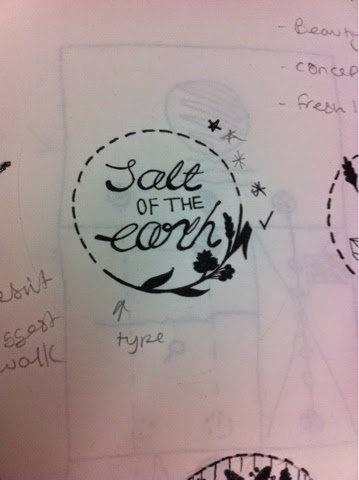 This is probably one of my favorites because the filling on of the plants makes them a lot more simple and the type aspect from the earlier logo sits well within this. When I asked around in the studio people definitely seemed to pick this logo out repeatedly. One person did say that perhaps the type should be higher up and to the left to balance out the weight of the plant silhouettes and this is something that I want to play around with once I have got the type designed. 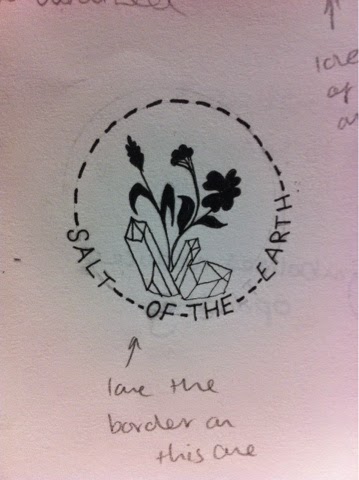 This is another design that got a really positive response. When designing the type properly I will test out placing it in the border of the logo. I also like the way this logo could be divided up into the plants growing from the salt and the title frame, this could be useful when it comes to creating a sense of continuity in the website. 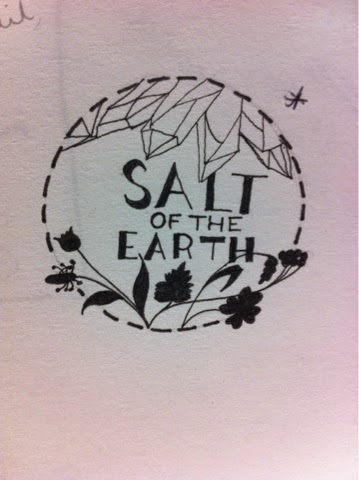 I quite like the juxtaposition that this logo provides with the soft plant shapes at the bottom of the frame and and the sharp edges of the salt crystals. However, in my enthusiasm I think I perhaps have over complicated the design again. I think it would be good to go back to this sketch and see if I could simplify it in some way to make it more effective.