Numiko have now been going for 14 years, starting straight from graduation with an original staff of six. They had a few lucky breaks with large contracts with companies and organisations like the BBC and channel 4. They are based in Leeds neat to the calls. They mostly take on projects that matter to them and are a form of design which does some good (conscious design).

They then went on to break down a few misconceptions that surround web design. The first, which really surprised me, was that you don't have to be an expert coder. The designers work in teams with front end and back end coders. These deal with creating the design concept in a digital reality. Front end deals with the aesthetic of the website and back end look at the inner workings of the website like connectivity and hosting etc. The same principles of visual structuring and communication are applicable to web formats.

They then talked us through a few of their website designs to date. Design for Europe was the first. 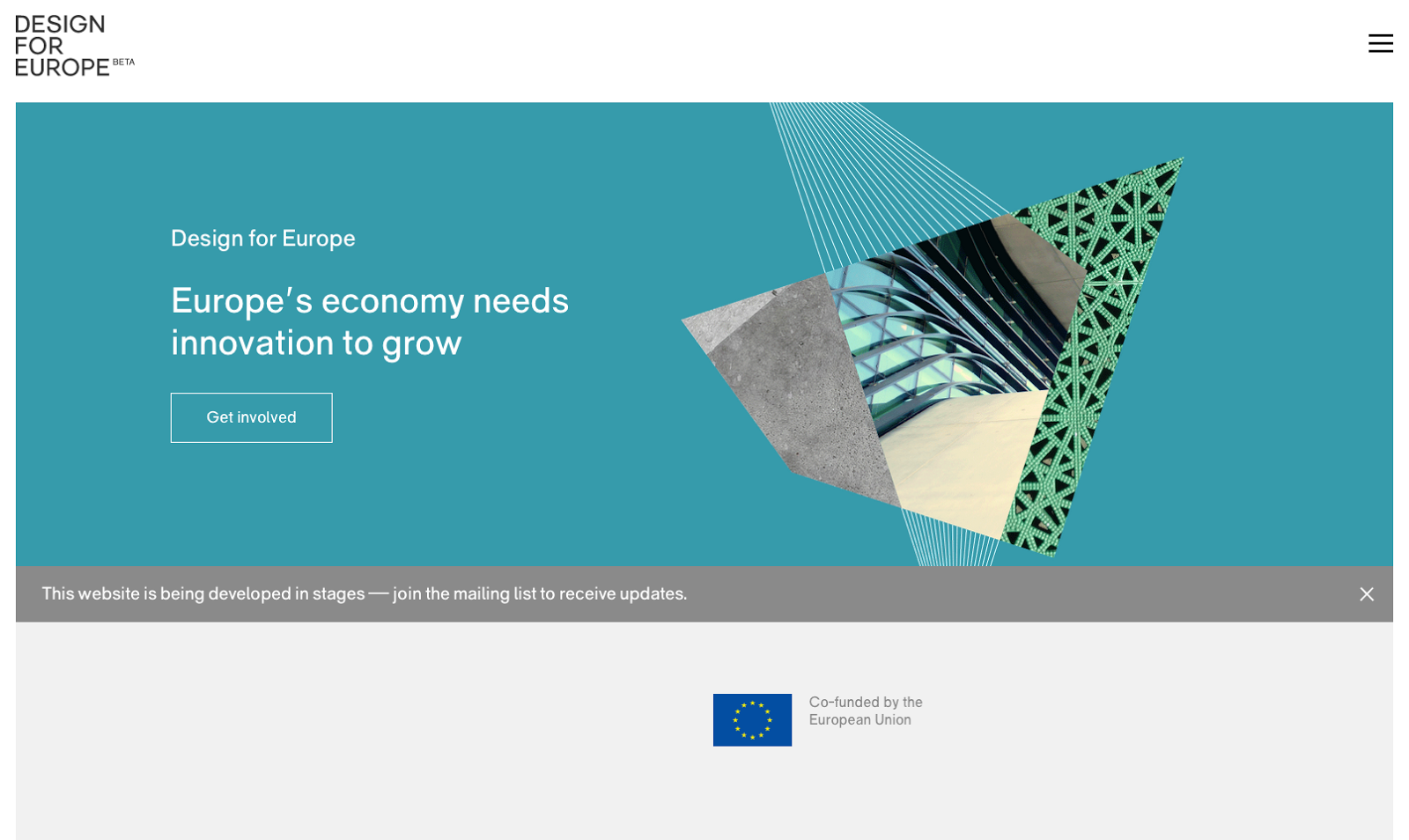 They produced both the branding and the web design for Design for Europe. They based the visuals around the abstract lines and angles found in the stars that make up the stars on the EU flag. They then combined this with carefully thought through typography to create a flexible and informative website. This branding is all inclusive in tat it also works on a number of promotional print projects. A really interesting part of all this web design, especially for me are the icons.

I love how this simplification of a concept works so functioning  in the context of a website and I am really looking foreword to doing this wit my own web deign brief(s?). The interesting thing abut these icons is the way they have to communicate to numerous cultures and work in the context of multiple languages. When talking about some of the most simple little parts of this website with its creators it is clear that with web design the parts that you thought were going to be simple are often not.

Their designs for another of their projects, make things do stuff, shows a similarly unified approach to iconography.

As well as talking through a number of their projects they repeatedly touched on the idea of grids and responsive design and how a grid can make or break web design. I was also really interested in the application of illustration in this context of iconography and how I could harness this in my own design but in a more hands on way. The subject of content as king came up once or twice as well and when questioned they said they had numerous processes for organising information before they start designing. This included listing and creating cards to visualise the hierarchy of information which I think I will try with my own projects.

We also got a web design brief focussing on a corse that inspires us and highlighting responsive design. I will add more on this once I have had a think about if and how I will address this brief.