We had a seminar on the canons of page today and it turns out that canons are not what I thought they were. in fact they are methods or approaches to creating the grids for or constructing for page or web, although it os also more widely applicable. The golden ratio, otherwise known as the visual embodiment of the fibonacci sequence, is often used as a farm work or a starting point for a lot of grid design. This is because it is believed that because we are so used to seeing it, throughout the natural world and imitated in architecture, art and design, the eye finds it pleasant and comfortable in some way. In the End it boils down to maths. Take a length of -

I feel that although there is undoubtably something pleasant about this ratio, it should only be used as a guide and expanded on. I also think that perhaps the only reason this is visually pleasing is because we re used to seeing it. If all graphic designers and designers suddenly adhered to a new set of rules or sequence then perhaps it would be just as widely accepted by its audience. 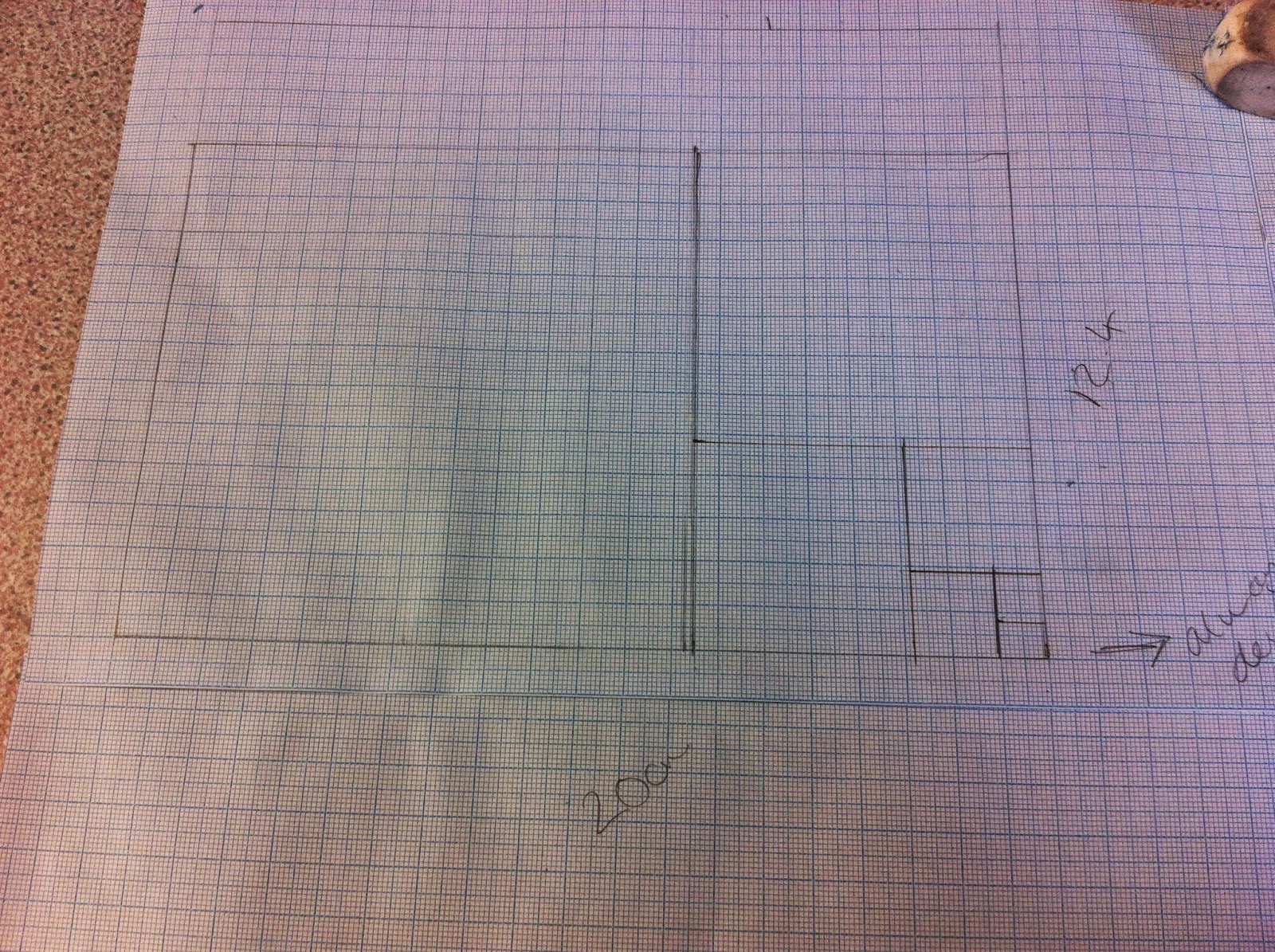 Also when talking about this to the others in the class we soon agreed that lots of people preferred a perfectly symmetrical layout to something as odd as the golden ratio. James rose a good point that perhaps it is just a sign post of human nature that we look for patterns in everything. 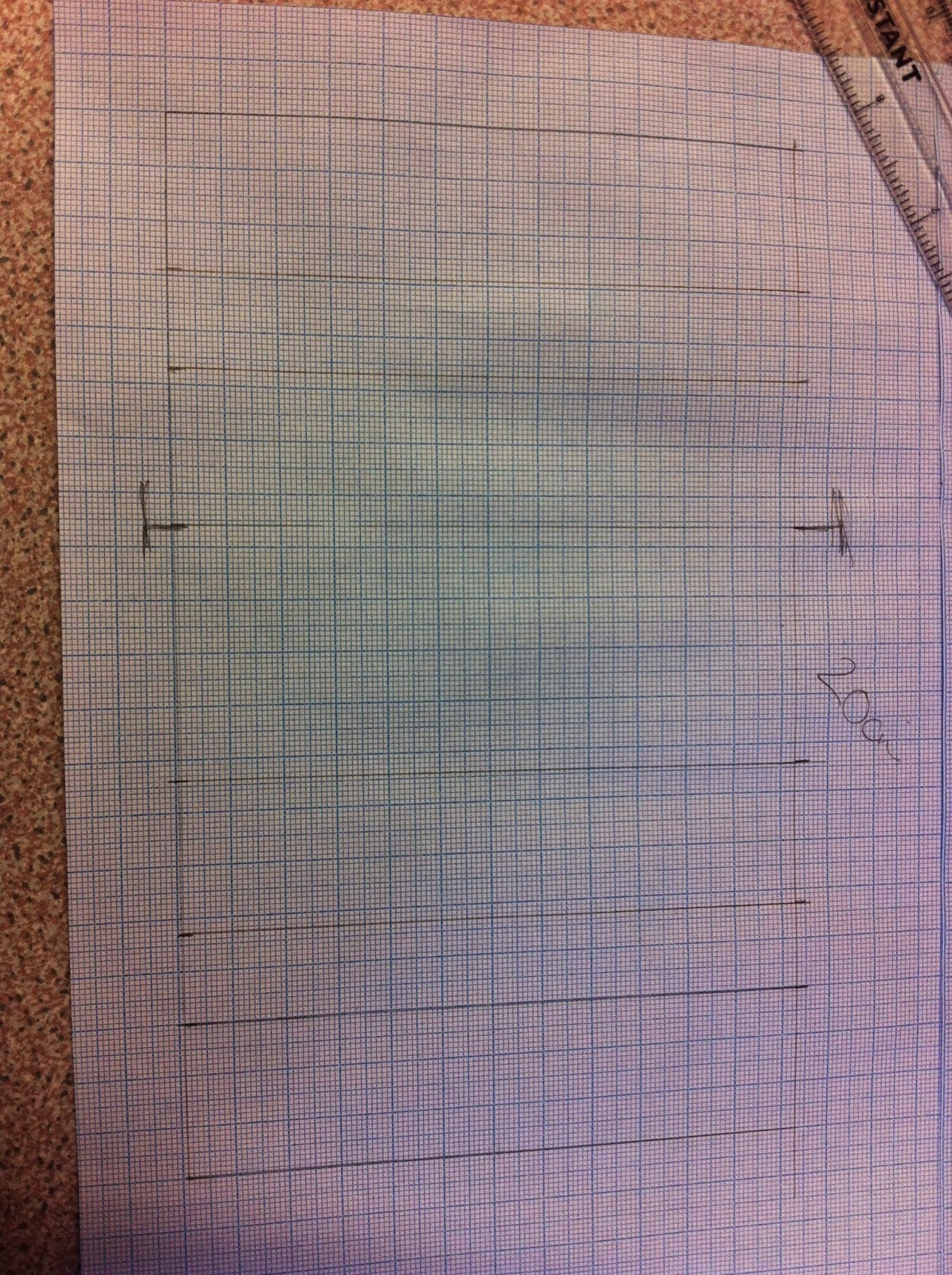 Above is an example of applying the golden ratio to columns as would be found on page or web layout grids. As you can see it creates a strange grid to follow, but we cannot know if this would really work or not without putting content in it.

We also looked at the Van Der Graaf Canon. This was shaped around a study of the page layouts favoured by printers in the age of Gutenberg. To do this he took the size of the individual pages and the size of the spread into consideration. Then by bisecting lines and a small amount of triangulation you end up with the corners of the area the text should fill, as shown below. 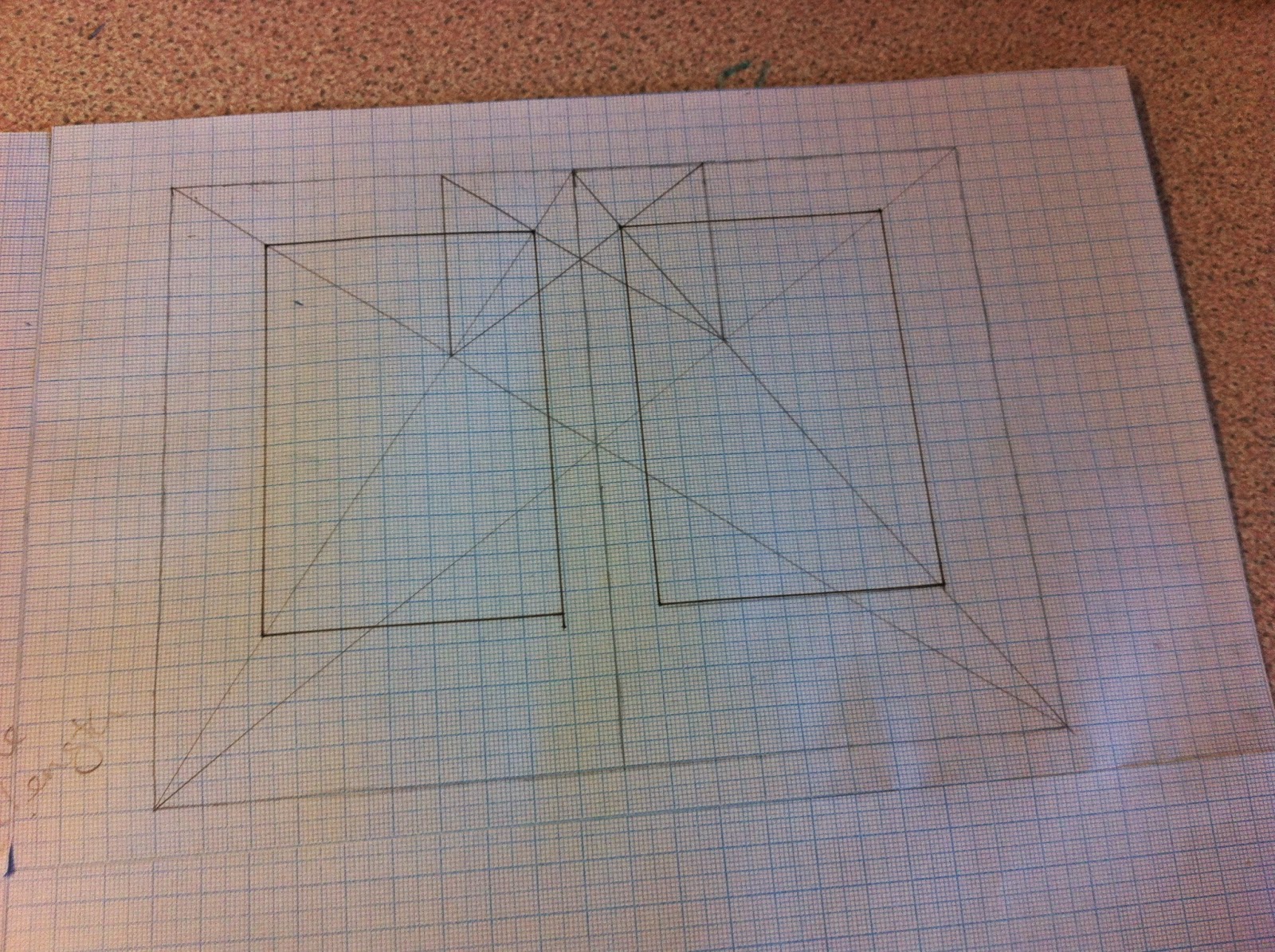 On top of this later scholars applied extra theories. For example, Raul Rosavario decided these pages into ninths and Tschichold adopted similar theories but said that in order for it to work properly as a layout the dimensions of the pages had to be in the ratio of 2:3. 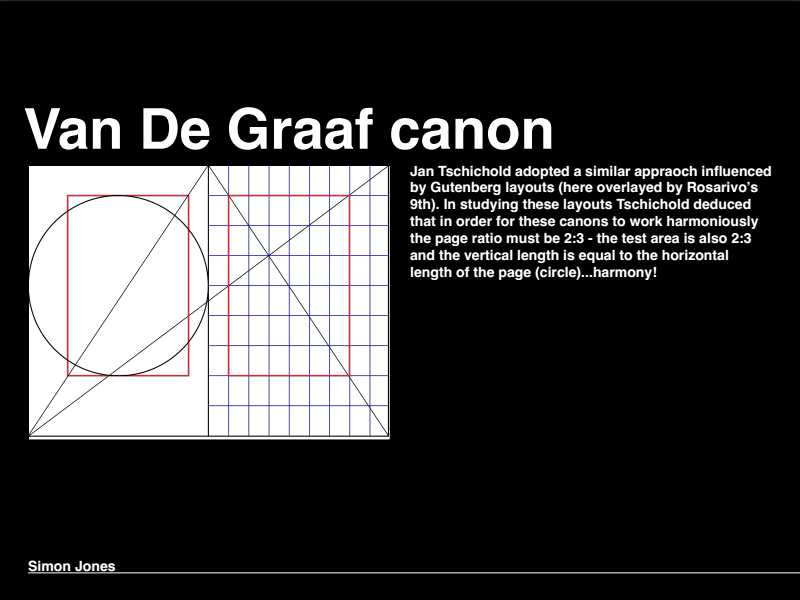 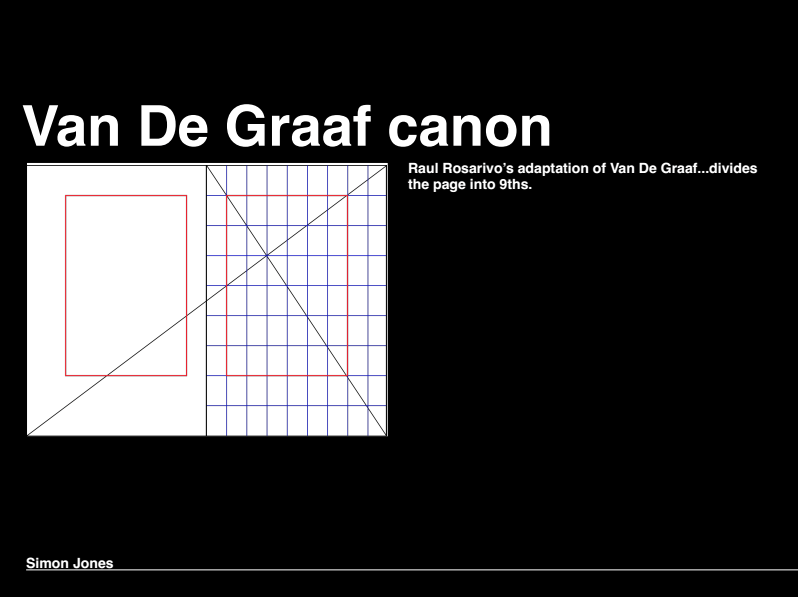 Although at the moment these are abstract theories we also need to consider these in conjunction with the problems of layout we will encounter when looking at our website designs. However, I need to draw our some more definite thumbnails before I can really put this knowledge to good use.