Because we want our promotional animations to have some solid context we are designing them to promote the return of Archer to Netflix. as such we felt it would be useful to look at how Netflix creates a visual identity and how Archer does the same.

Netflix Ident:
The ident is such a formative part  of the Netflix experience. It's quick enough not to get in the way of watching what you are there to watch but it's adds an air of professionalism and also suspense, building up the experience of what you are about to watch.
The letters stretch from the White apbackground, as if from behind a screen (cinematic connotations) in a little building wave. Again suggesting a build to something.
Also there is a little bounce of each letter as it finds its place in the logo, this is a great example of the personality of movement, something we need to utilise in our own work,. This bounce creates a playful end to something that could have been quite serious, this is an entertainment platform after all.

There has also been a new brand application scheme designed by NY based Gretel. 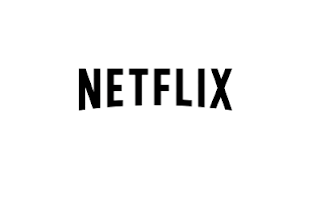 The components of a promotional piece as shown above are stacked one on top of the other. This strategy not only creates the sense of depth but also a sense of infinity, in possibilities and content, as each layer scrolls past the possibilities increase.

The stacks also provide very flexible but consistent applications for each individual show, each frame contrasts with and shows to best advantage the subsequent and previous frames.

The have tended to stick to low saturation images to allow the key logo red of Netflix to be fully dominating. This means that although the content is the draw of Netflix, the focus of these designs is that Netflix and no one else is providing this content.

Where photographs are placed next to one another in the stack soft gradient filters are used to add the visual depth of stacked items, one in front of the other.

Archer Introductary sequence:
The bright colours and chunky shapes in conjunction make the whole sequence very striking. The colours themselves are either bright primaries or muted pastels that connote the 50s and 60s.  The cut away nature of the block colours make them look like they were paper cut. This crude yet assertive finish is the perfect mix to communicate something that operates within a pastiche yet also challenges it.
The constant movement of the hypothetical camera helps to communicate the action genre as does the rather dramatic music. However, the actual images, when examined, are quite playful and tongue in cheek. This juxtaposition of content and tone is something that defines Archer as a show.