Working from the thumbnails, I mocked up the first of a few ideas using the colours and textures of the Staff and Student awards this year. 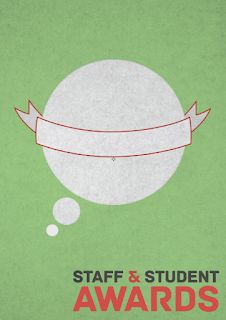 Slowly adding to the design to create some substance lead me to the ss awards logo within the LCA logo, as done by Helen for the trophies. 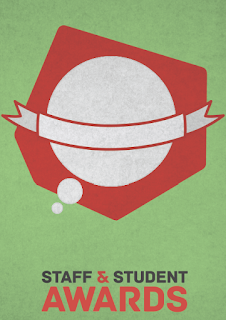 I felt that this worked beautifully, not only in terms of looking good but also by really connecting the trophies, promotional material and certificates. To intensify the connection to the trophy I added a soft drop shadow to suggest three dimensions. 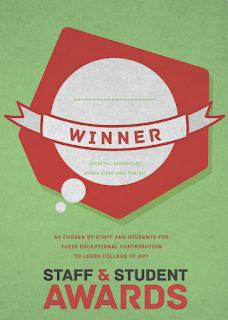 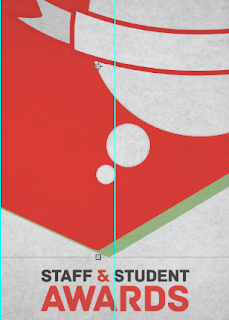 As well as creating hierarchy through the use of colours I wanted to connect the different certificates by having the two lower awards (shortlisted and nominations) as fragments of the full winner certificate. 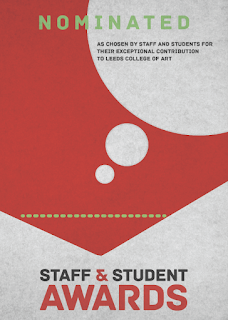 This created an incredibly difficult shape for laying the information out on. 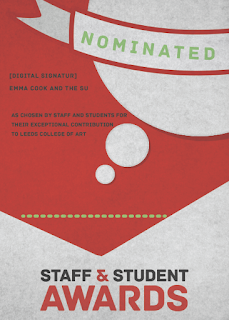 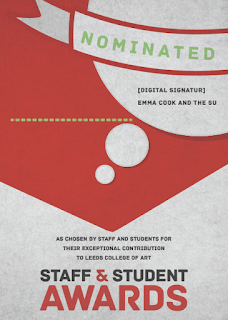 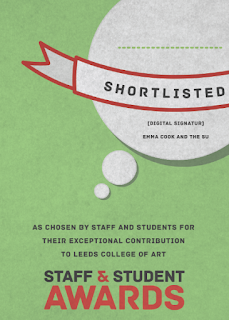 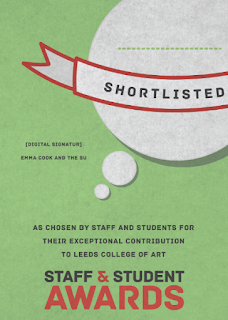 I tried a number of different positions for the information across the other two posters but found that the best way to create continuity was to put it within the circles in some fashion. There were also a few more spaces that needed to be allowed to put in the category for which the certificate is being awarded. The final designs are below. However, it is difficult to glean the designs without the comparative scale that they are made to be seen at. I will photograph the prints once they are framed so they can be viewed as intended. 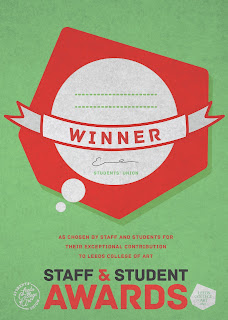 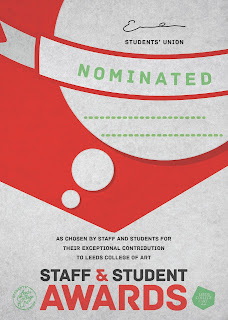 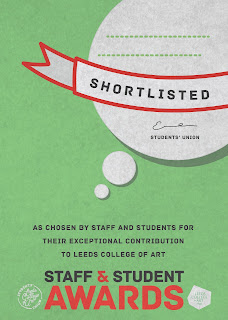