For the crit today I put together a small prototype with the unfinished illustrations to give people an idea of where it is going. As you can see I used the spiral binding of a sketchbook and the perforations of the library binding machine to produce this. 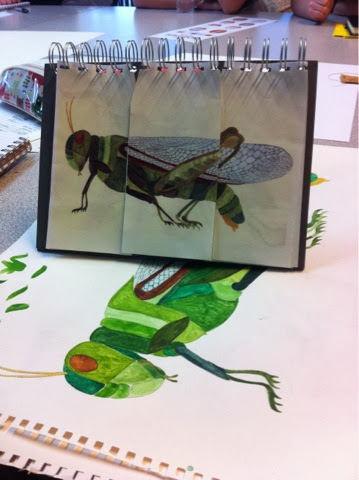 After a bit of playing around with the card base I came up with this way of propping up the book so that it can be a toy that kids sit on the floor with. This could be changed to wrap around the entirety of the book like a cover and double as a stand. 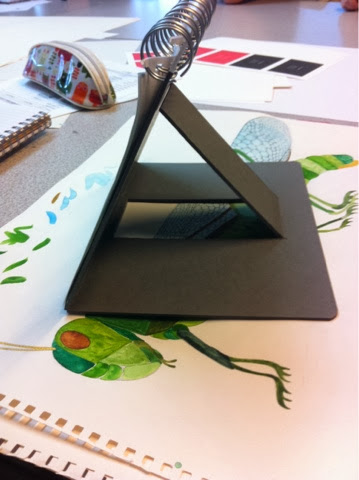 The response to the book was very positive and people really liked the illustration style and the interactive nature of the design. I also introduced the idea that the names of the insects involved would be split up so that any creation a child comes up with can have a name. When this was mentioned people asked what kind of font it would be best to use for this and the cover and although this is something I have considered I was uncertain as to whether it should be digital or hand rendered. Everyone seemed to think that an organic had rendered look was what would got best with the aesthetic of the rest of the book. This got me thinking about the hand rendered type I found on the covers of botanical books in my last brief. It was also suggested that I find some way of water proofing the pages so as to keep it clean from dirty fingers. This could be done either by laminating (this could be a problem with think card) or sticky back plastic.