In my previous post I talked about the idea of solving or helping to solve the problem of the large amount of people in urban areas that are afraid of insects by using some form of fly posting. I have expanded on this idea and have two alternatives: one is a large black and white print of a very close in image of various insects with colouring pens next to them to encourage people to draw all over them and in so doing belittle the fear of them, the other idea is a selection of pen illustrations of insects at a small scale at the centre of a large expanse of paper with a comical edge to them, once again reducing the impact of the fear through a comical tone. To figure out how this solution is working I could use tags at the bottom of the posters or a QR code to a post on my blog about the project and measure the number of people who visit that specific page. 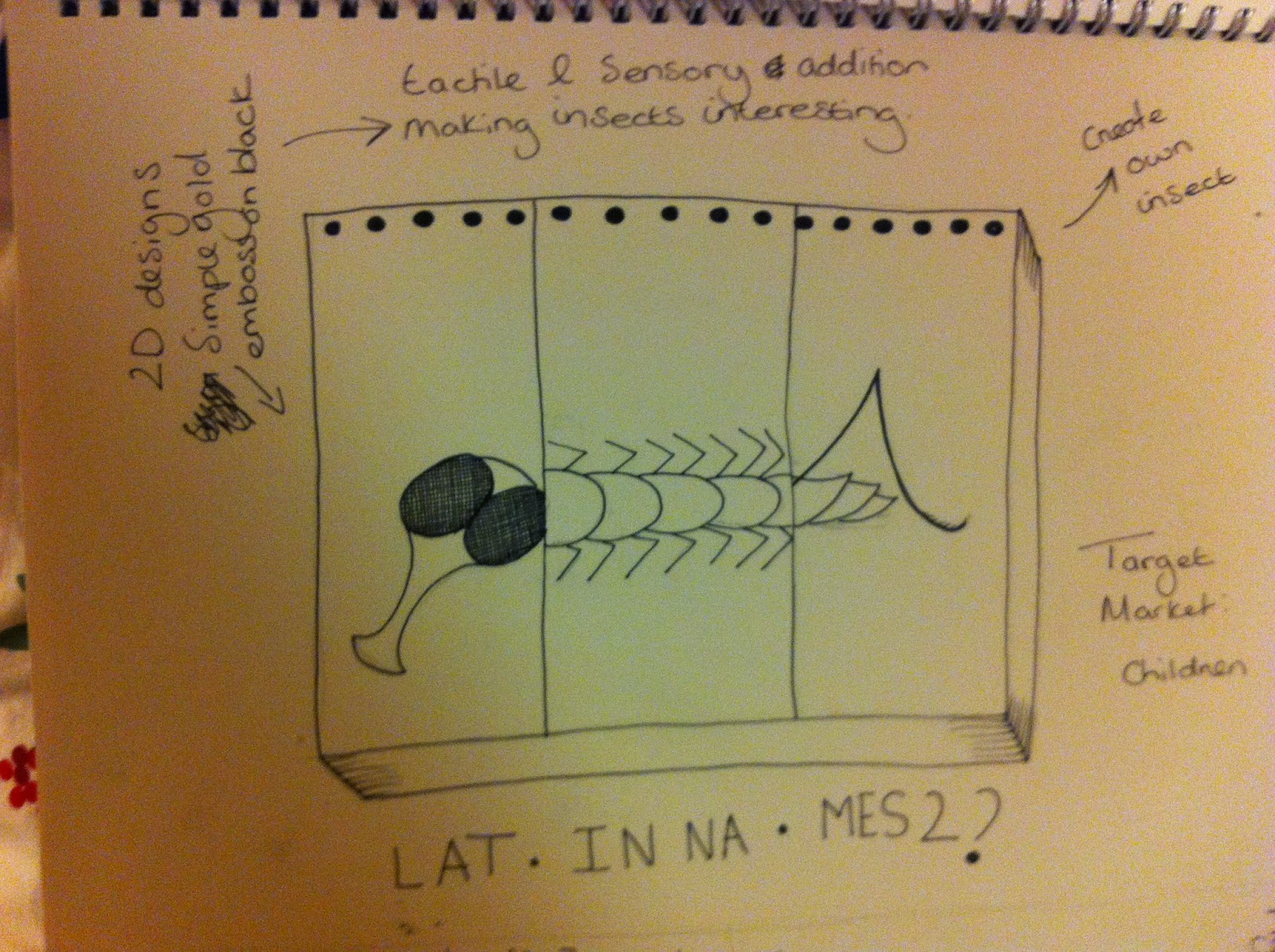 The flip book idea is shown above.This will be aimed at young children to prevent the instillment of fear at a young age by creating positive connotations surrounding insects. 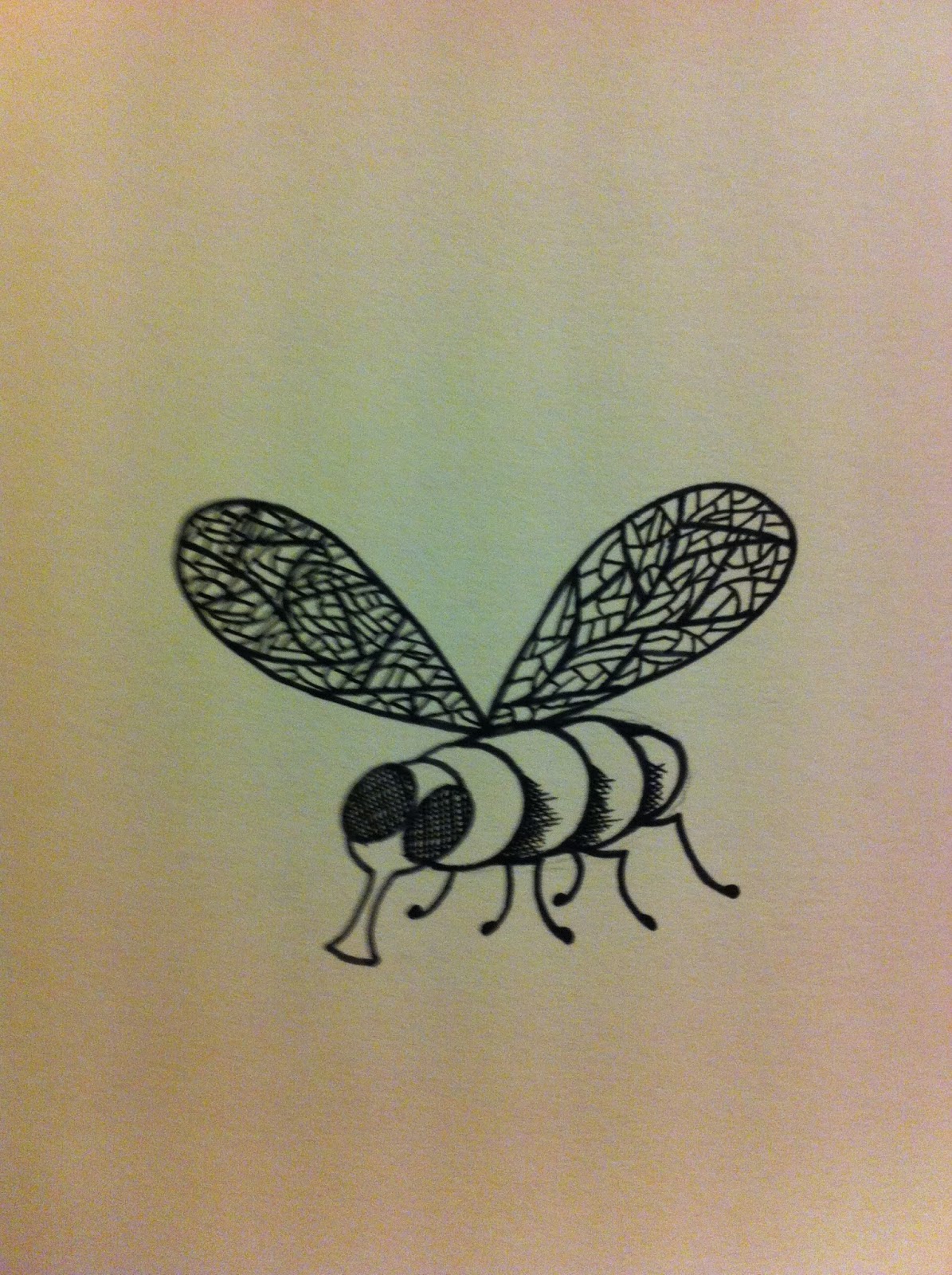 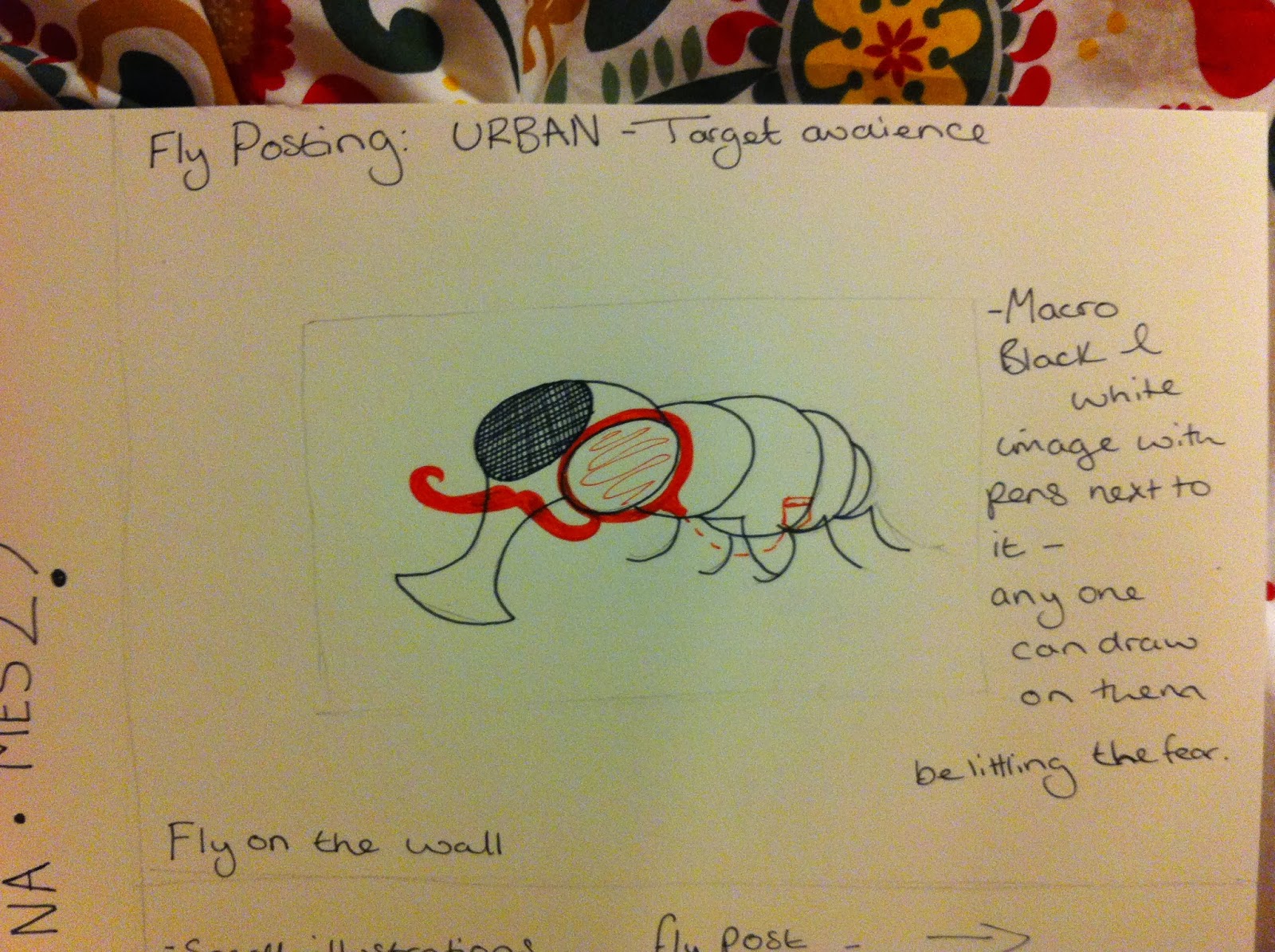 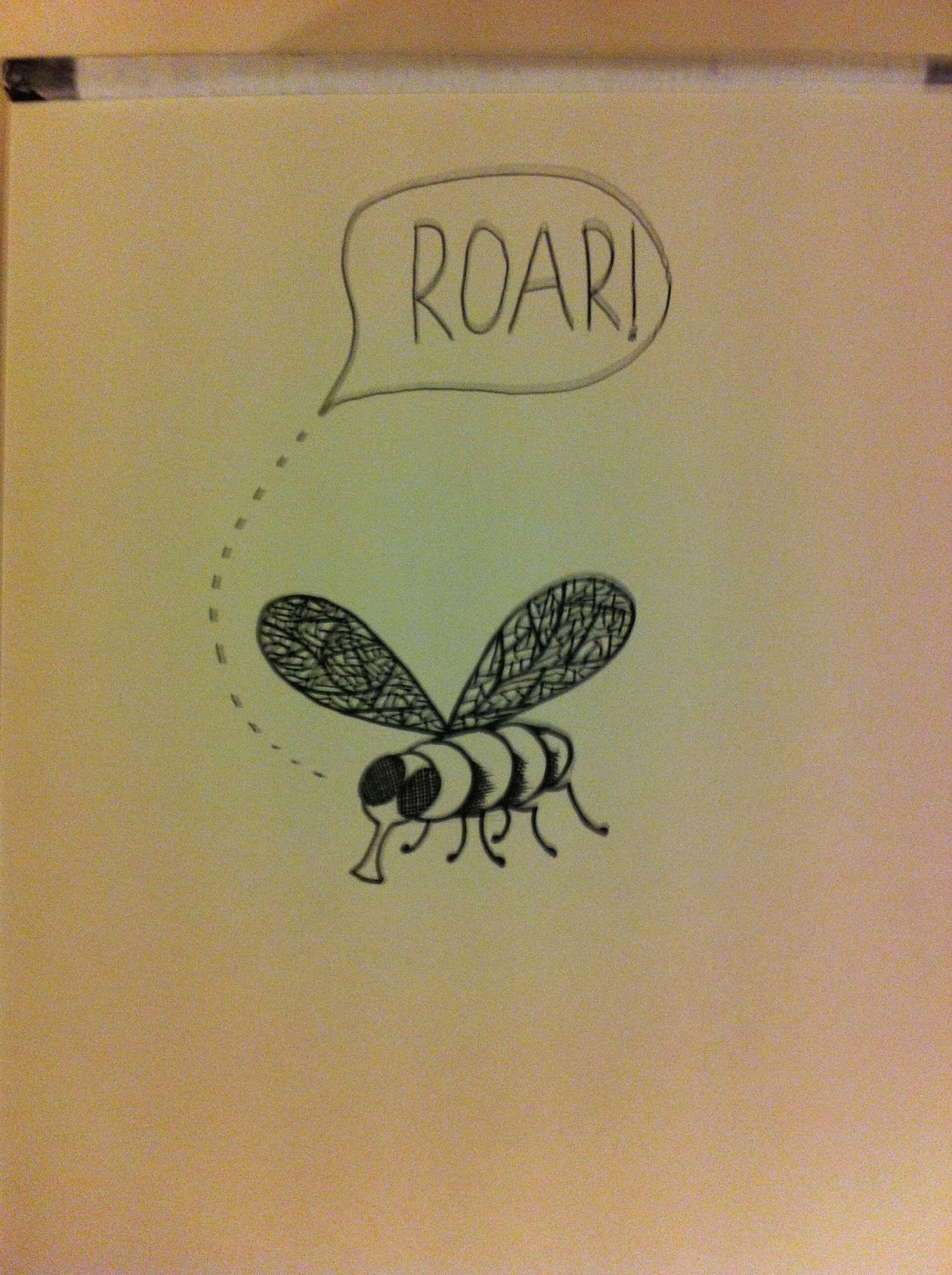