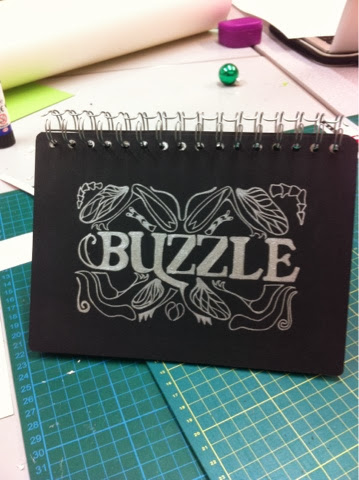 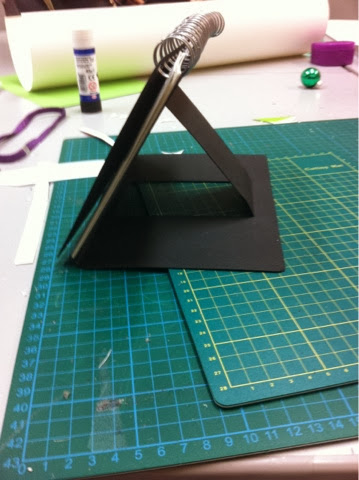 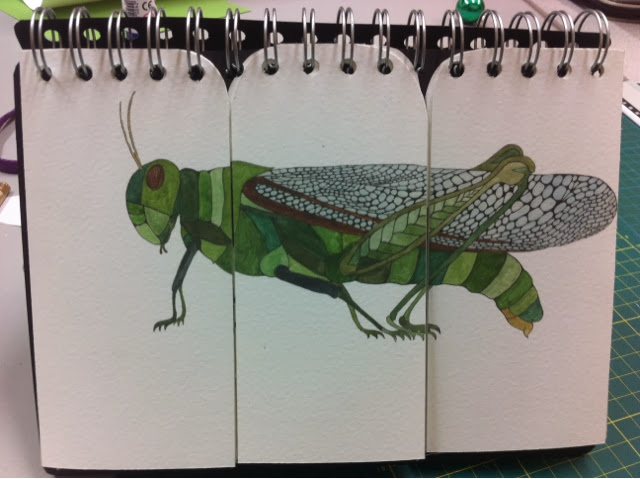 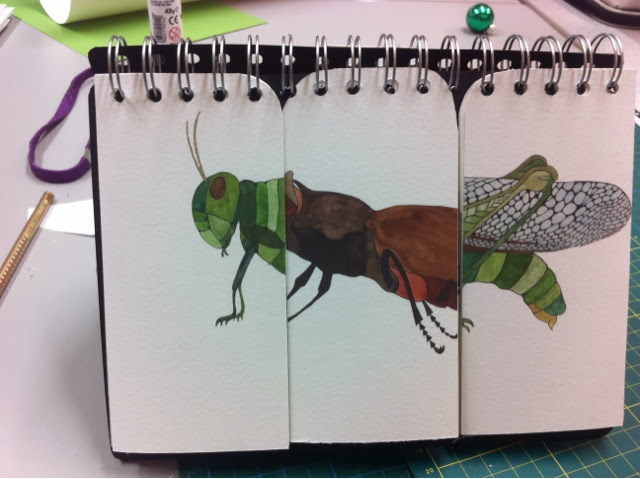 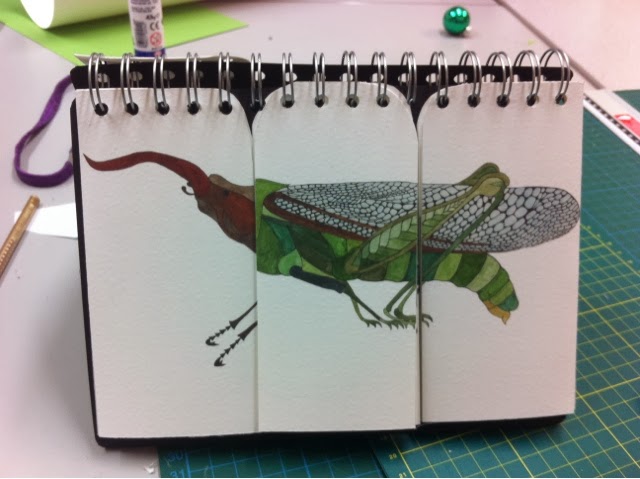 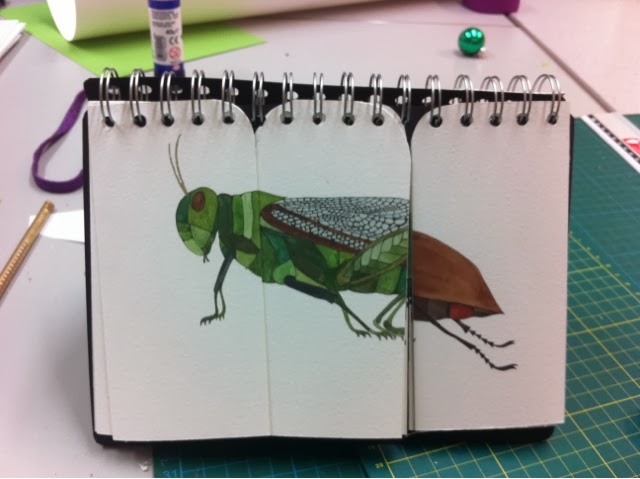 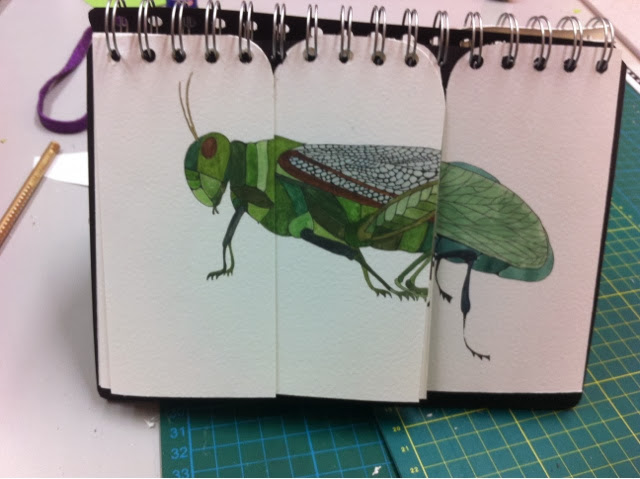 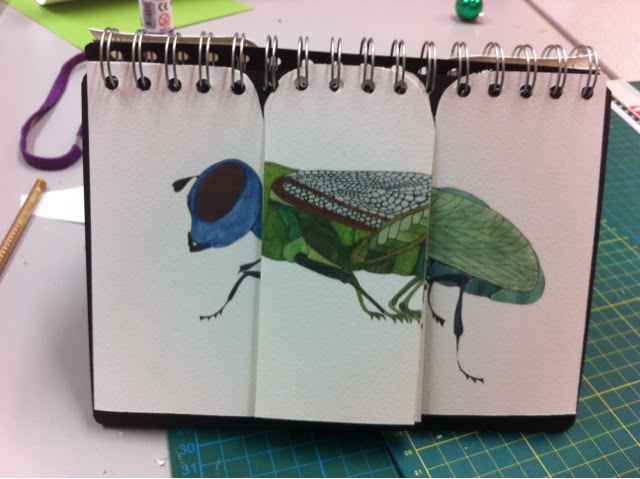 For the inner pages of the book I used the heaviest stock available in the digital print room (270gsm) with a lightly textured finish. I wanted an earthy natural feel but also a high standard print, so this worked out really well. The black card is simply from the library shop; after asking in the print room I found it was the best I could do without sending off for a sample of G.F Smith paper. I wanted a completely matt black so that the shine of the cover design contrasted well against it, this has still been achieve but I would have liked a richer black.
One of the major problems I encountered was getting the insects to over lap correctly and as you can see it is still a little bit off. This is because the shape of the stage beetle, compared to that to the fly and the grass hopper, is so different. Although it works relatively well this is something I would have liked to have had the time to improve on.
Something that has surprised me during this brief is the way small details have just popped up and worked as I go along. This rarely happens and I in no way rely on it but it is pleasant when it does. An example of this would be the way the back cover has been altered to become a stand so that young children could place it on the floor and have both hands free to play with it.
Because of the young target audience I would have really liked to coat or protect the pages of the book so that it would really have been fit to be used by its target audience. I would have done this by covering them with matt sticky back plastic or look into paper finishes such as waxes that repel water so that the matt look would be maintained. In all The finish product is more like a prototype in its self that a final thing.
I really love the hand made look of the entire object. Some might say it looked un professional but I feel that it has a warmth and honesty which would appeal to parents and children alike. This is especially evident in the cover design with its hand rendered type.
Overall I am very happy with the illustration style, Its complex and interesting, exactly what I set out to create. However, I would have liked to do more of them so that it was a really full book but each illustration took the best part of two days, so this was just impossible in the time allotted. I am also pleased in general by the idea of the book and the way it plays with the images of insects brining out the amazingly interesting side of them and working to prevent the fear of insects in you children.
I am disappointed that I didn't get a chance to do foil work on the front cover, I think it would have made it look more like a finished product and allow me to try out something new. In the end I think i could have improved on my work for this brief by trusting my self to be able to follow through on the more risky concepts. i spent a lot of time early on procrastinating over which ira to follow and by the time I decided to take the risk a large amount of other wise useful time had passed. Overall I would be happy to by this and have it in my home even if it wan't used by children, it is just a beautiful object (fulfilling its purpose by associating this beauty with insects.)
Posted by Beth Taylor at 1/22/2014 12:08:00 pm