After the crit we had with the arts party I implemented the changes suggested and I am really happy with the result. I am just waiting on a response now. 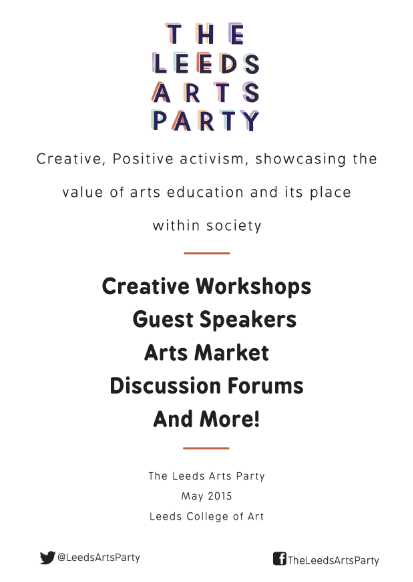 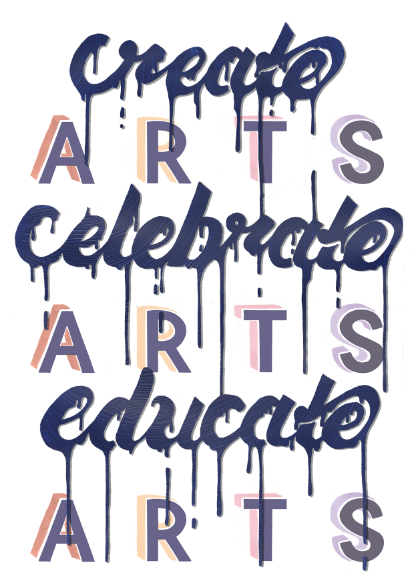 I started to think about the fact tat it was perhaps a bit sinister for the positive activism that the arts party is all about. 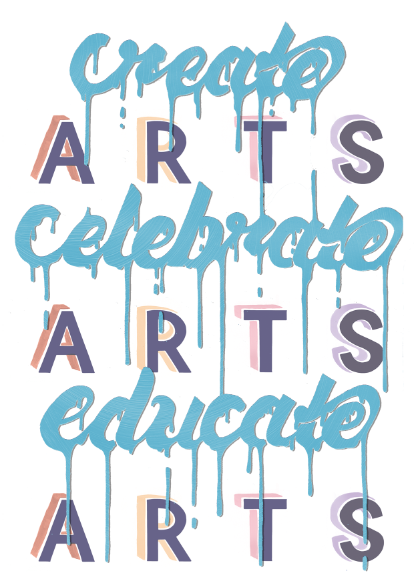 Although I had already tried green and red and a few other colours I went back to this process and looked at a few more options. 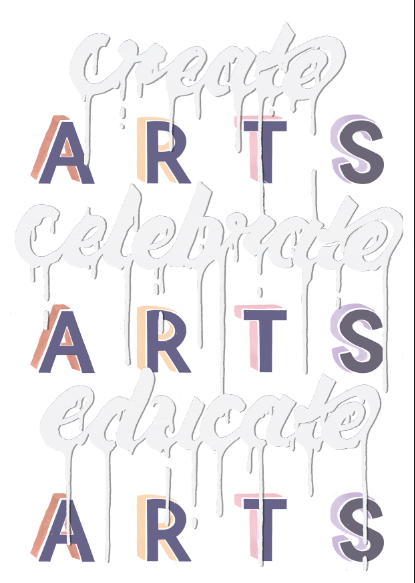 White looked a lot like paint but had legibility draw backs. I then settles on tis soft blue. While talking to some members of the party I found that the response was very positive. suggesting that it wasn't in fact too feminine but had the right mix of positivity (looked like ice cream) and edginess. 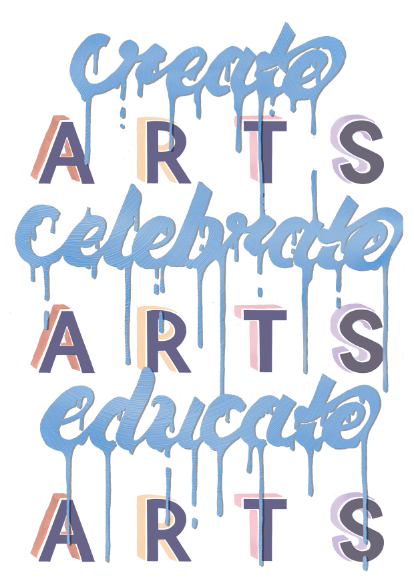 I made the huge mistake of creating the design in RGB format even thought I knew it was for print, so when it came too sending the file over I had a momentary panic because the colours of the type didn't convert well as can be seen in the image above. 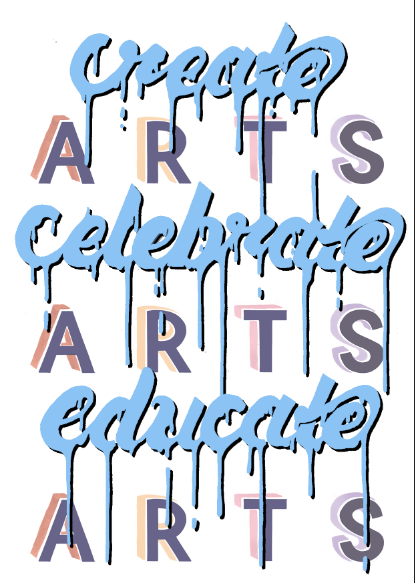 It also seemed that the opacity of the drop shadow was lost in the conversion so I spent some time reconstructing the colour with some adjustment layers and eventually got the colours below which I am happy are as close to the RGB as humanly possible. I also allowed some leeway with the opacity because Fran said that the printers tend to always make the reduced opacity lighter than it is on screen. 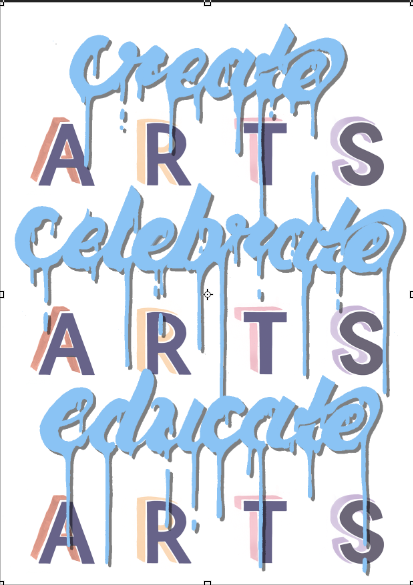