Because we need to write rationales for our speaking from experience brief, along with creating our own personally tailored brief, we had a work shop in writing briefs. 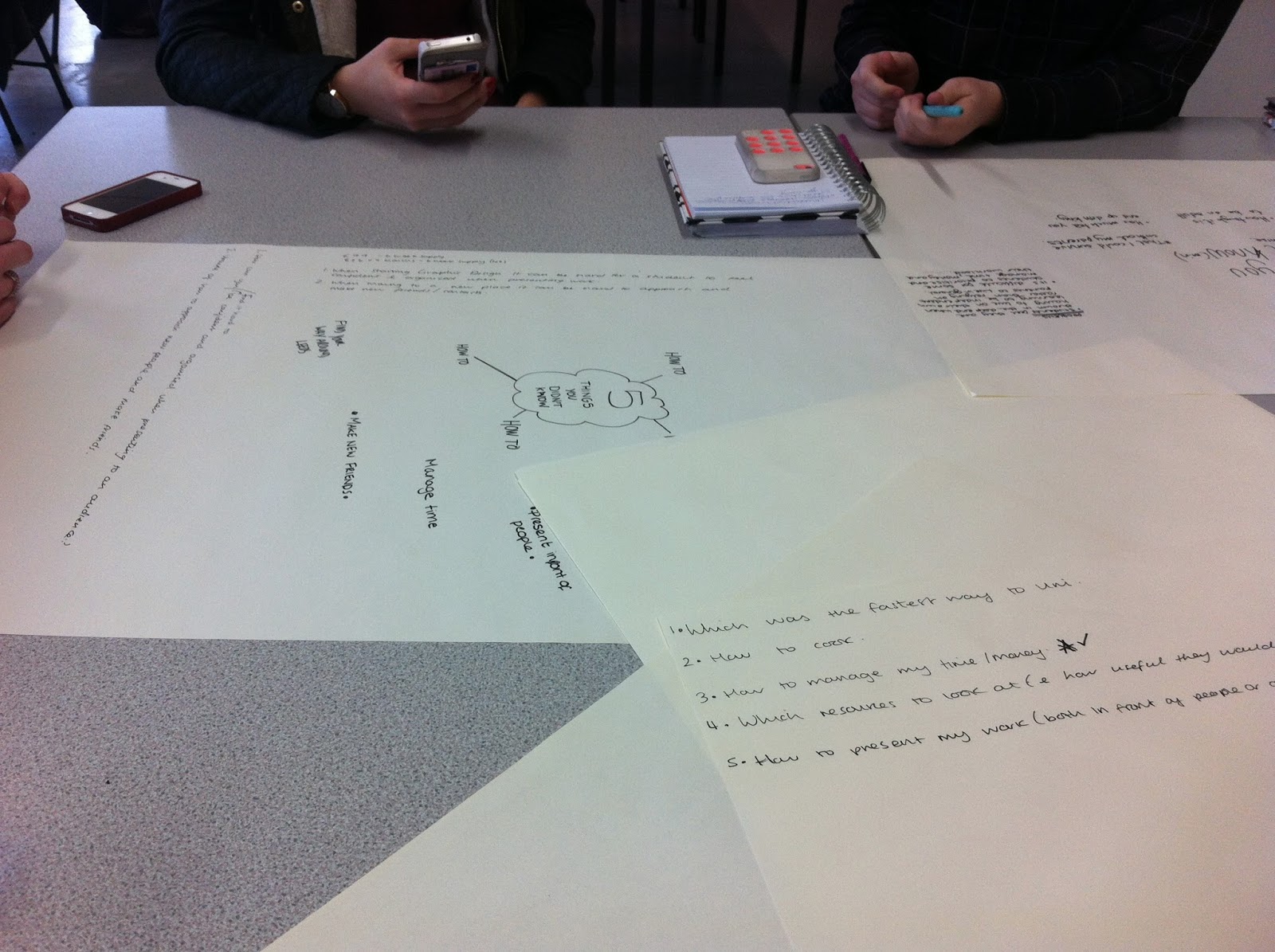 We were asked to think of five things that we didn't know when we first arrived in Leeds and started the course. 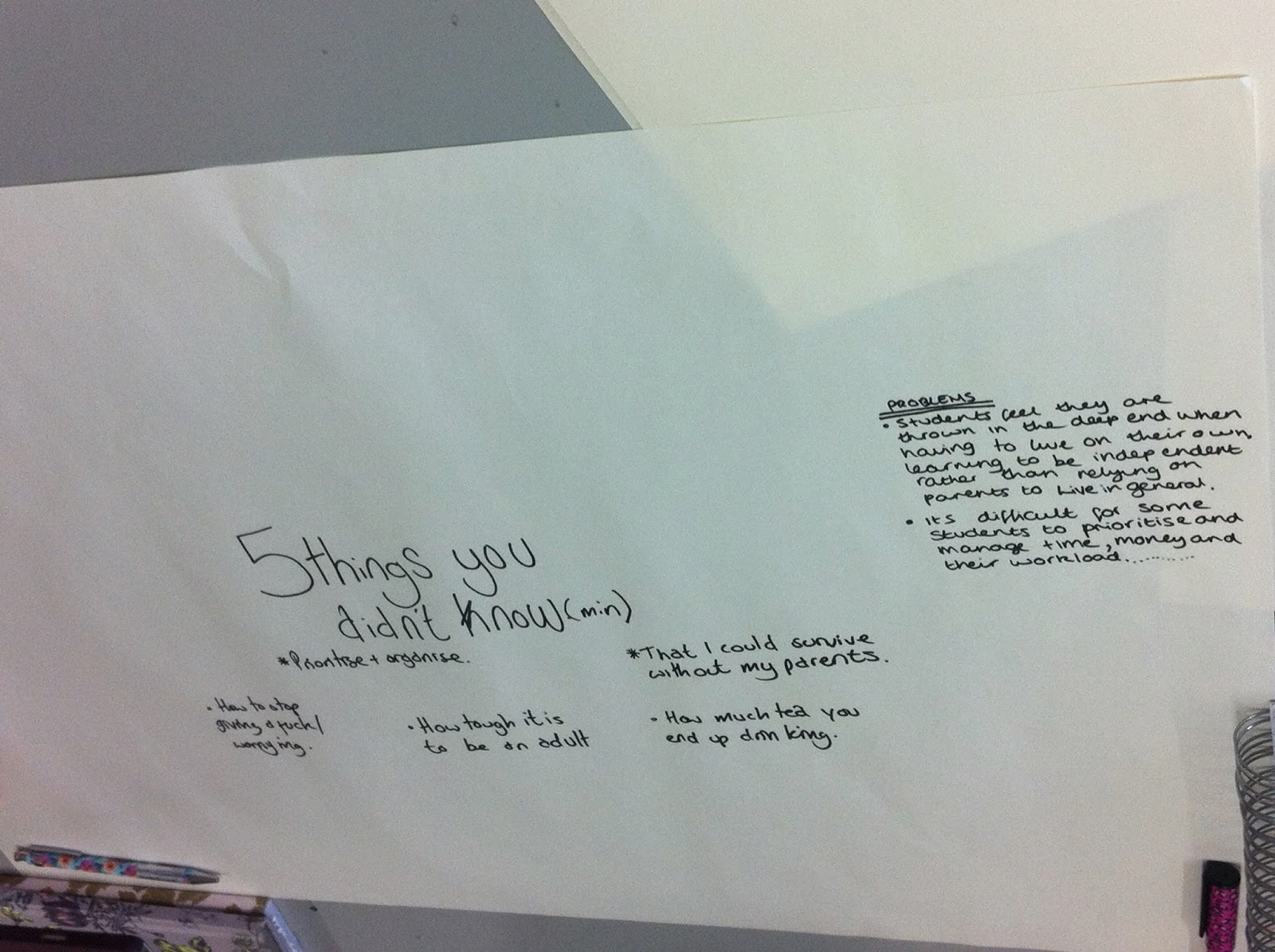 We then swapped sheets with another group and highlighted the two most important points from their five. 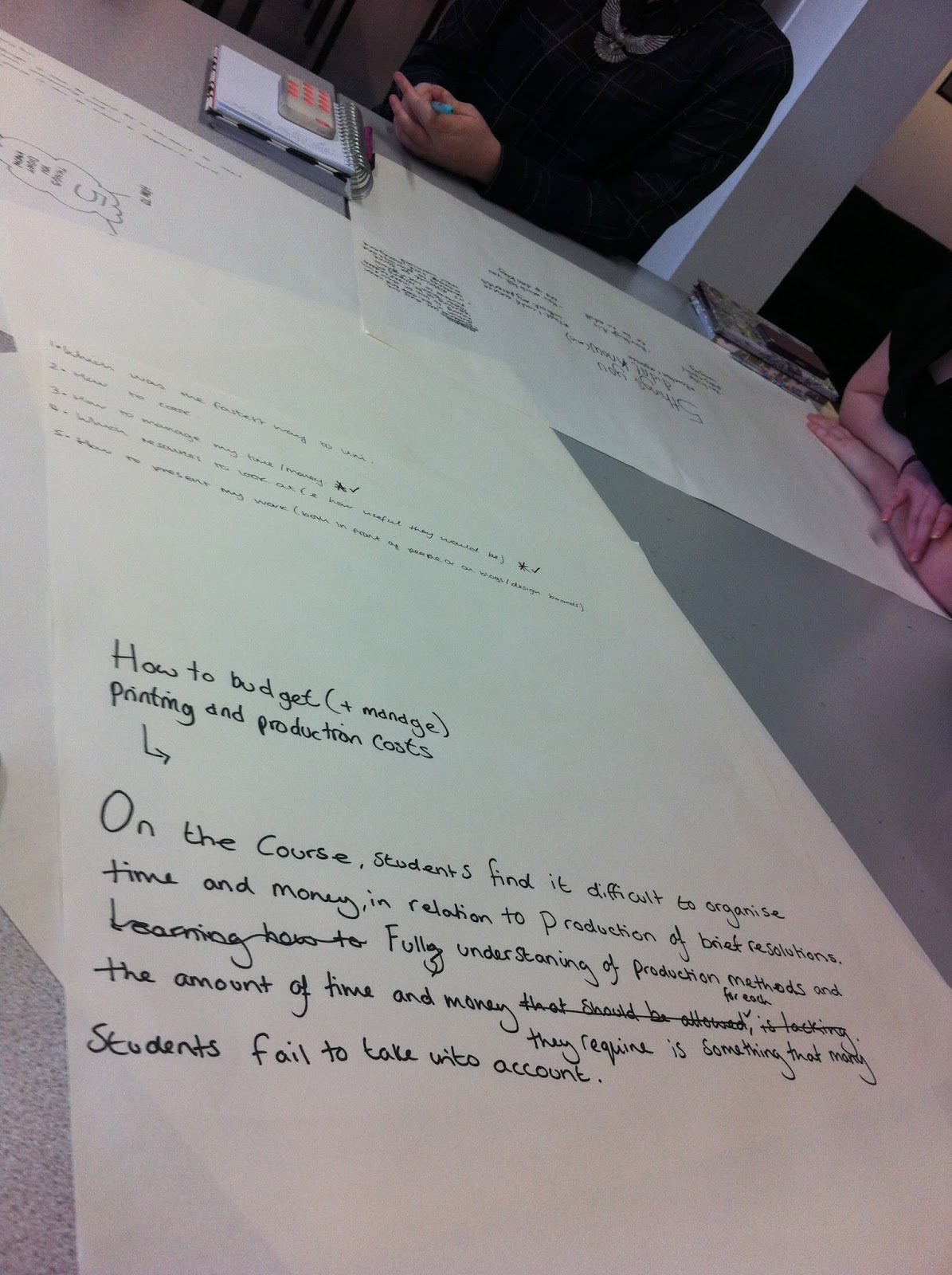 We then came together with two other groups and discussed which we felt to be the most important point. 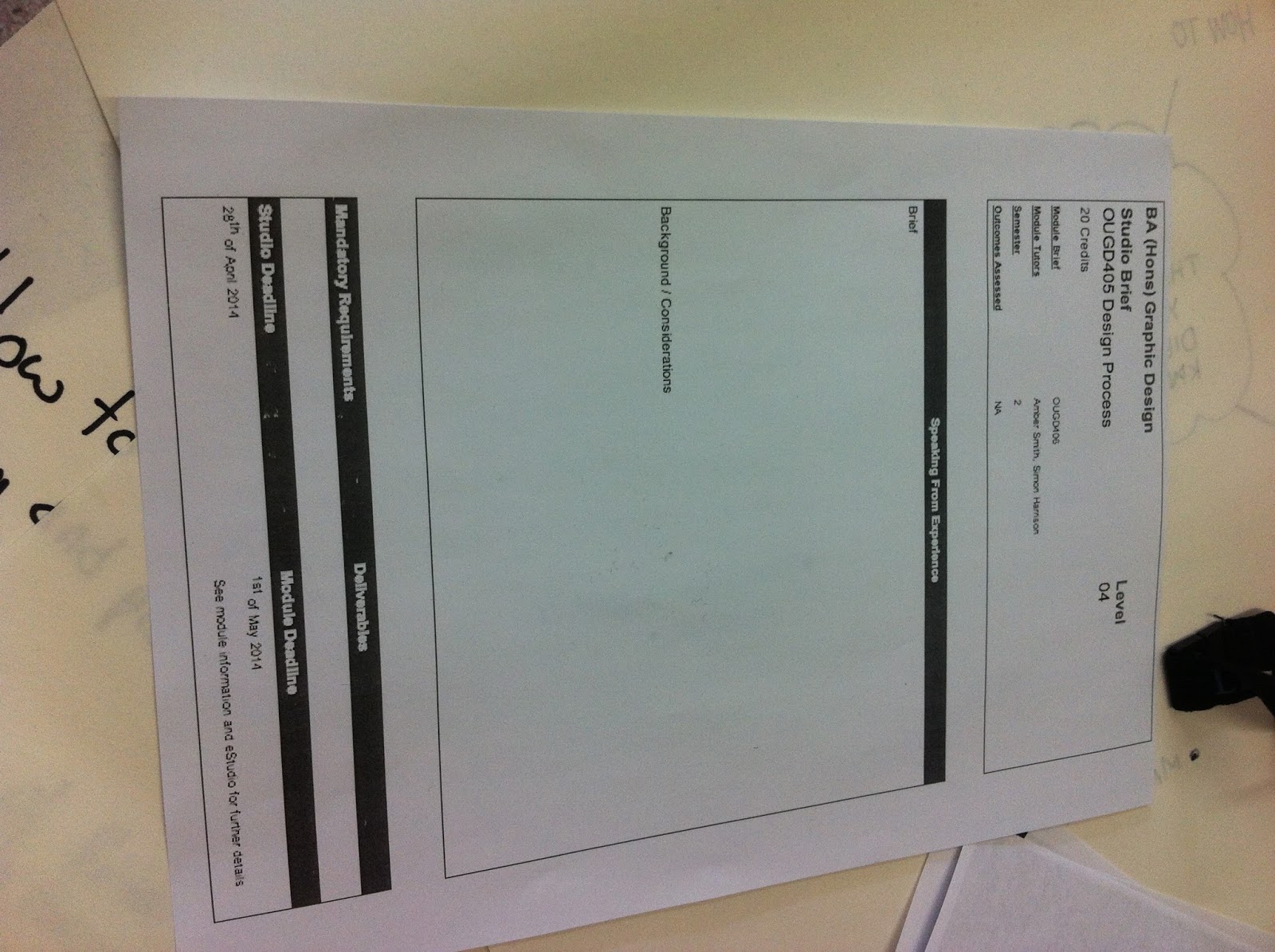 Then, using a brief template sheet we were told to write it up as a problem. We had a few difficulties with this, finding that we were simply making statements rather than outlining a problem. 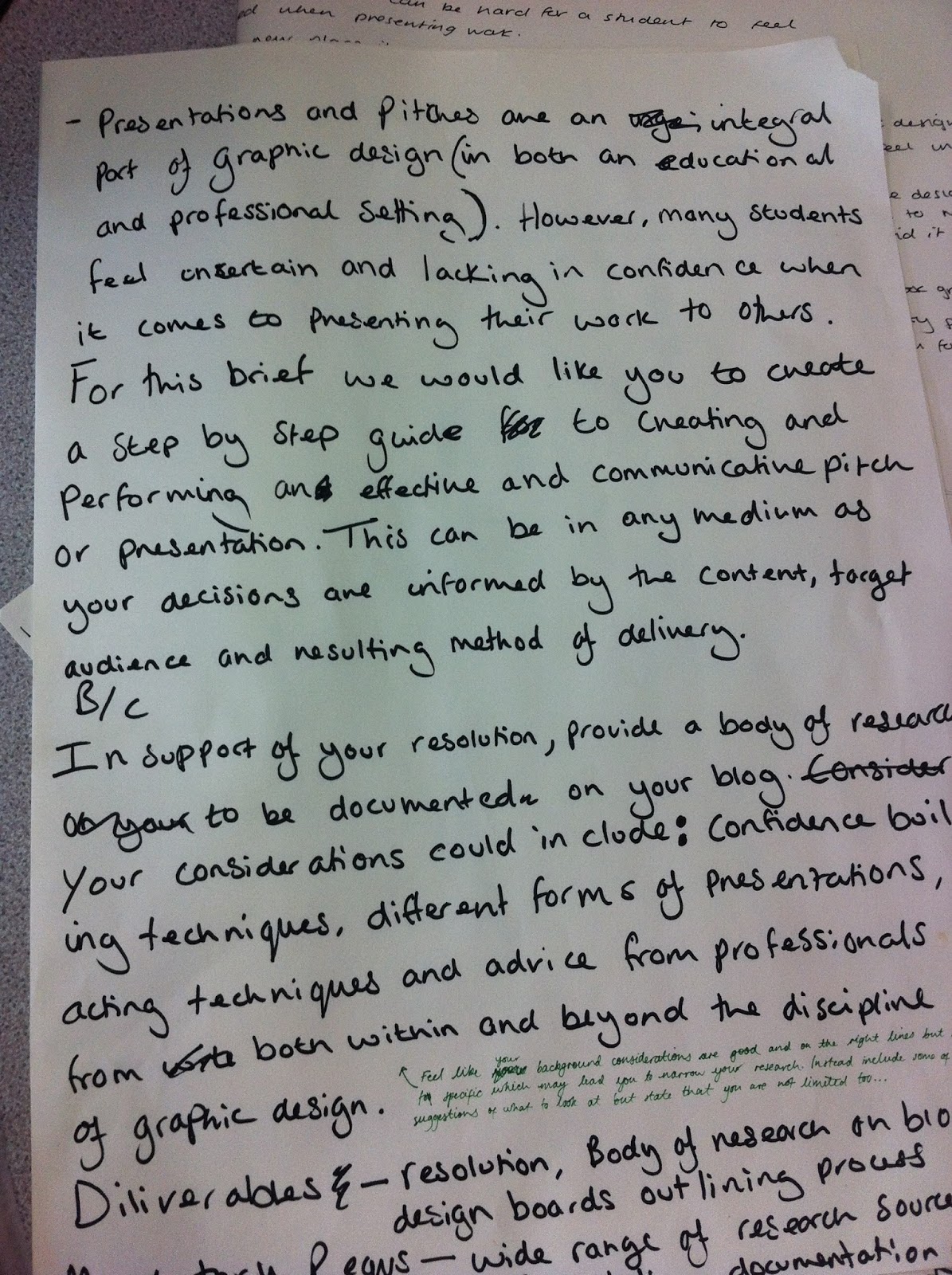 After we had finished writing them up we swapped with another group which said that perhaps the possible areas for research we had outlined were too limiting. So, after changing these we came up with the brief below. 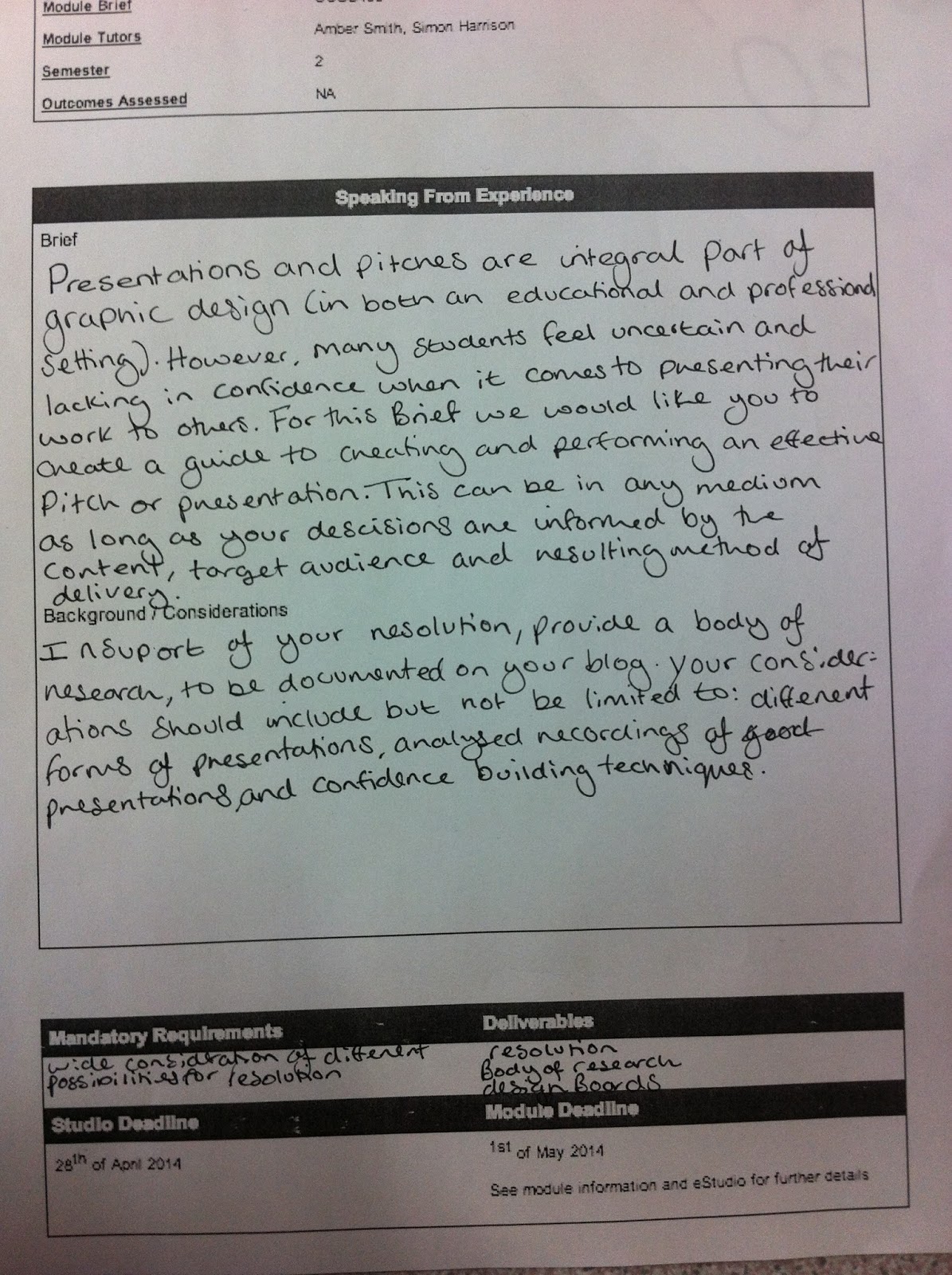