We first were separated into groups, then we each introduced the woe we had done and talked through our process. 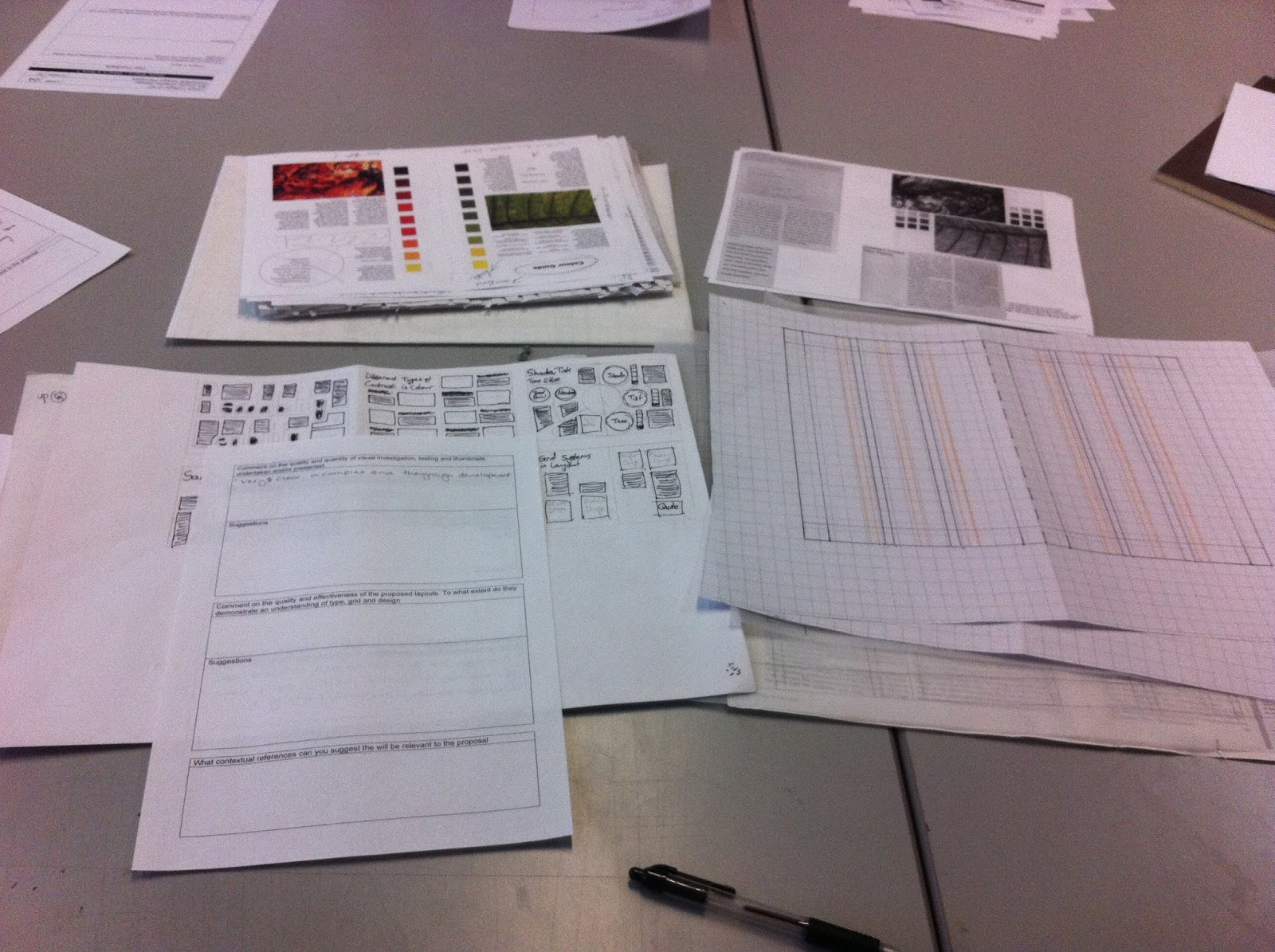 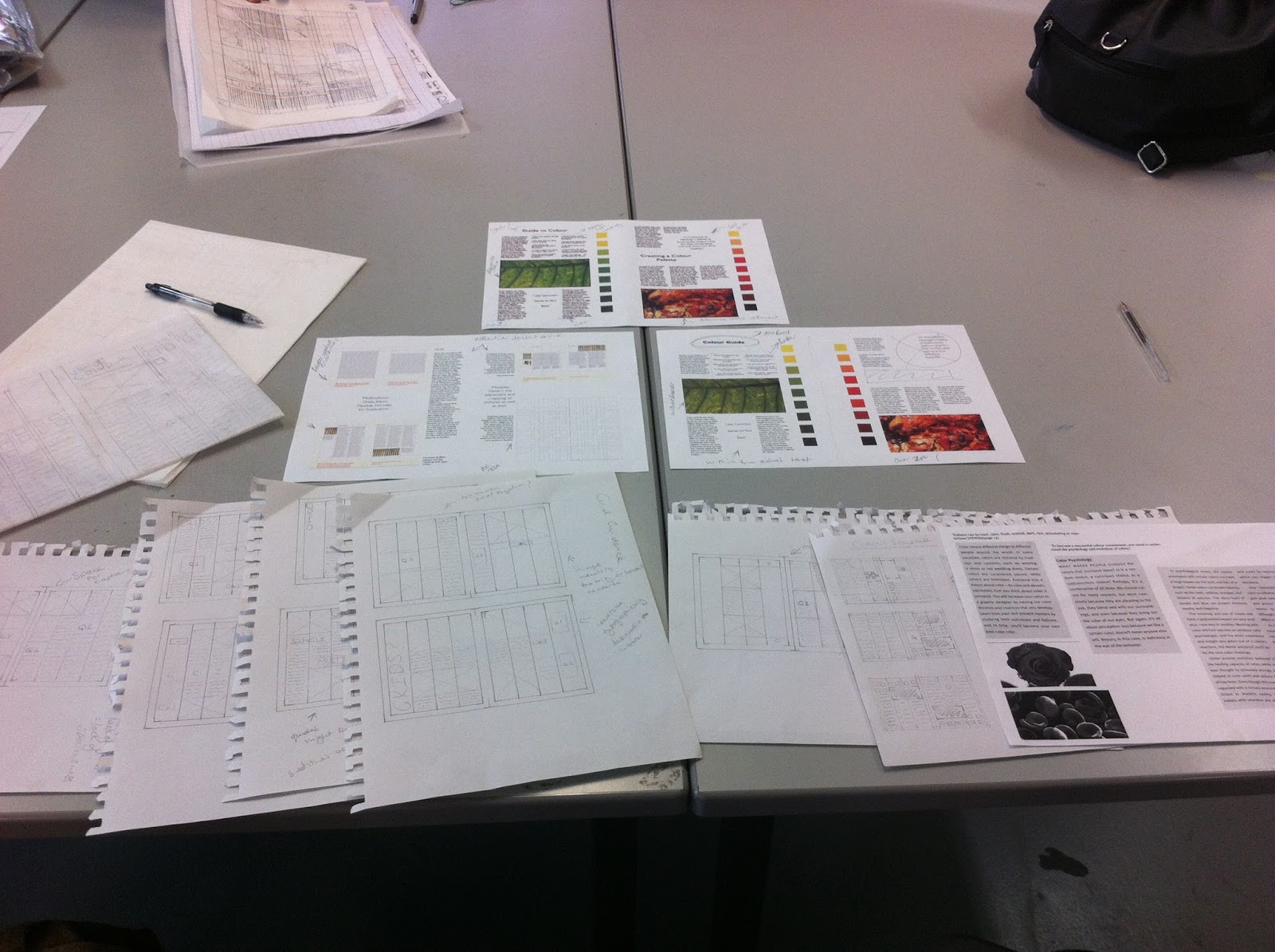 I brought both the working drafts of the two layouts I had mocked up digitally and all the thumbnails of all the layouts I had produced so far, so that people could understand the full picture of where i was up to with the designs. 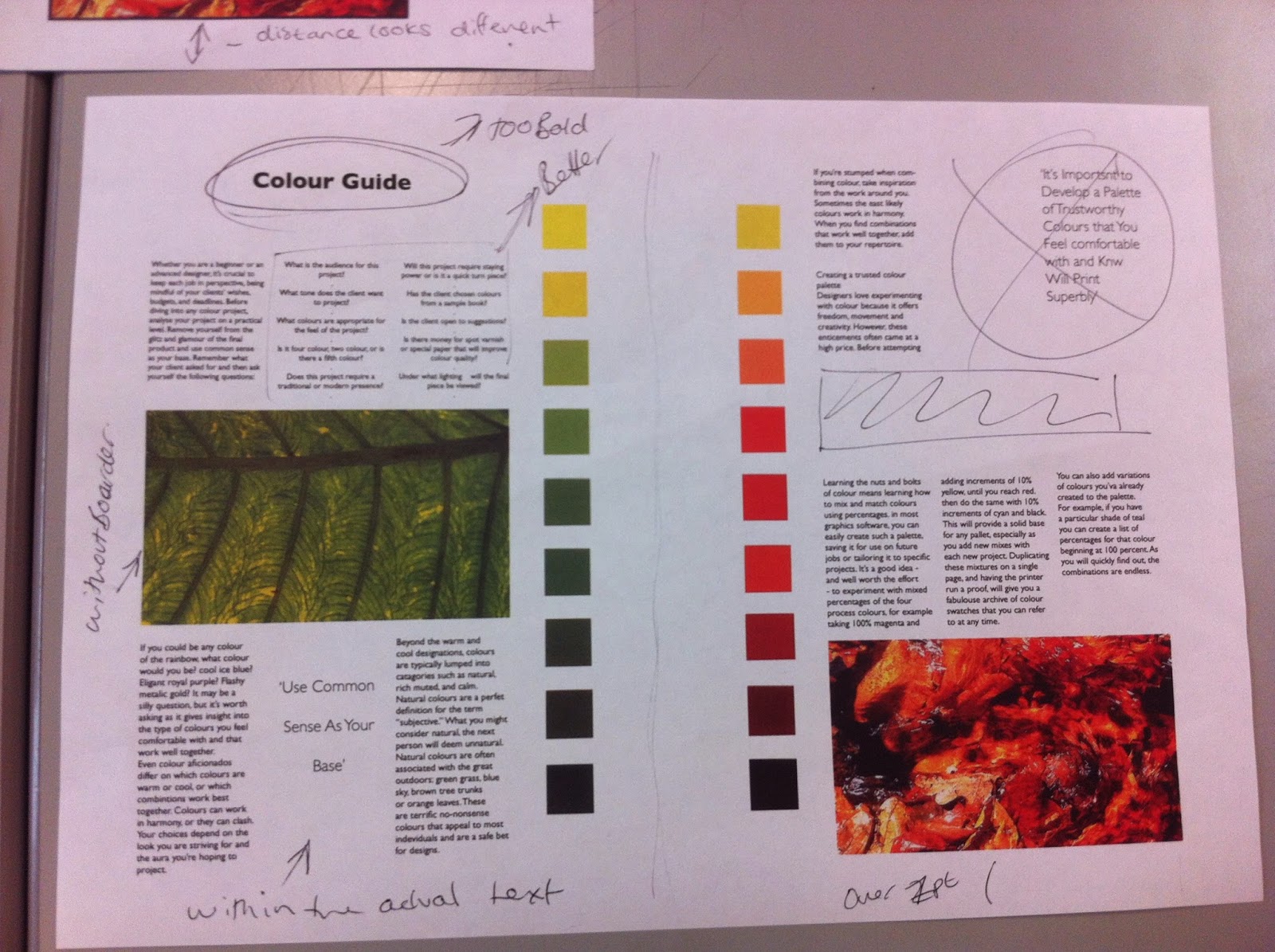 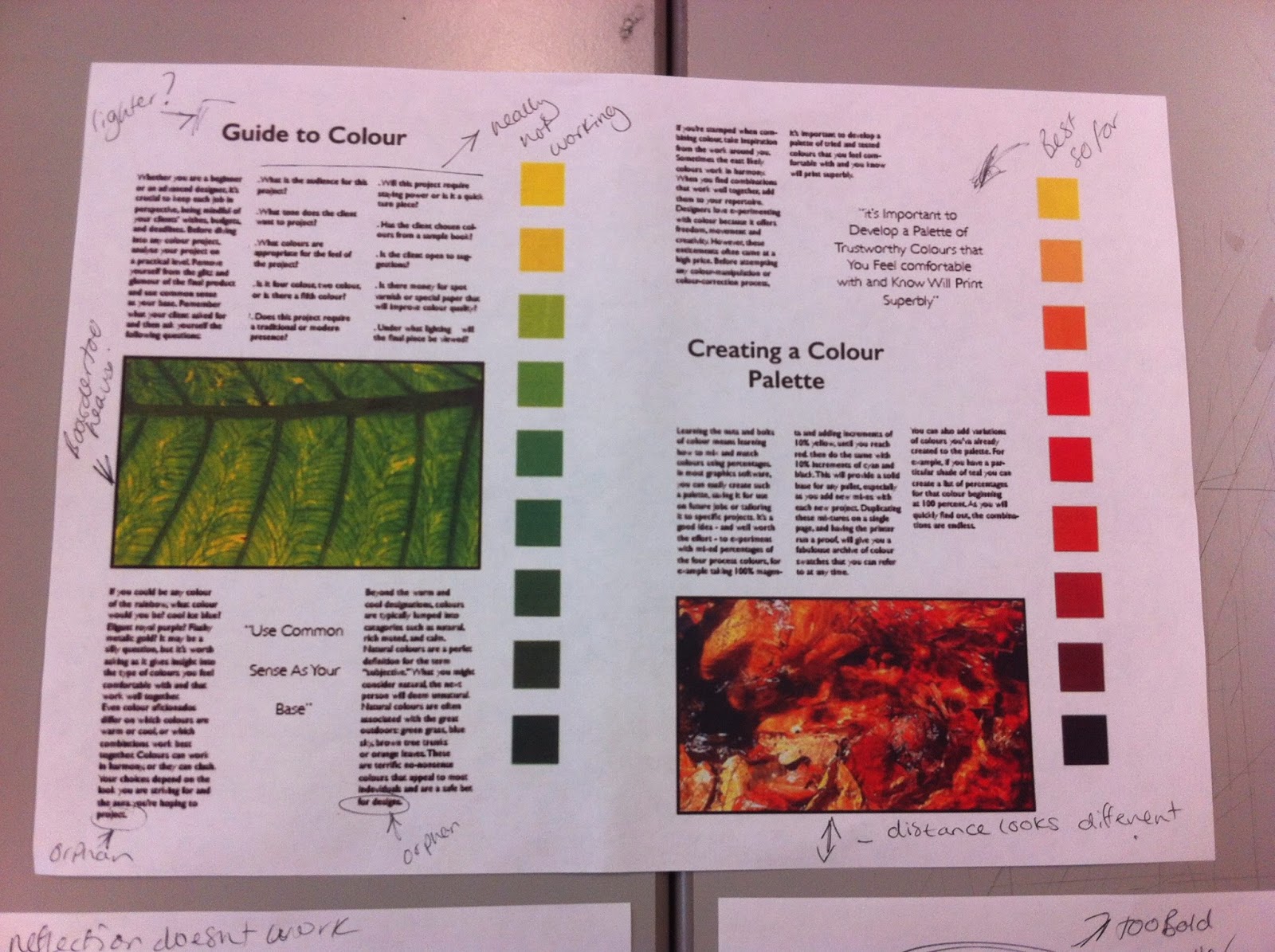 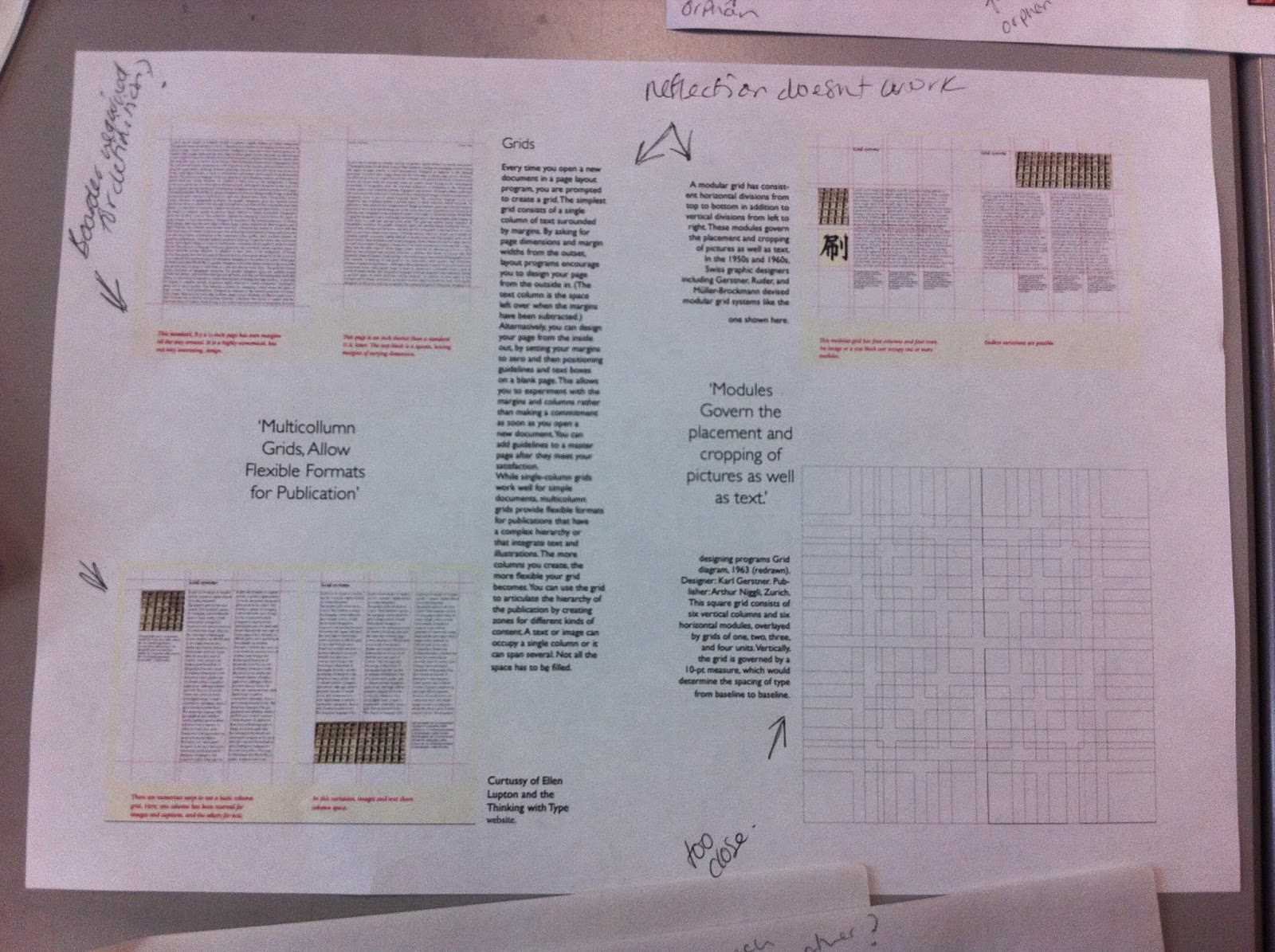 The feed back I got was invaluable. I had been having trouble with evening off the bottoms of some columns but it was suggested that I play with the spacing of the words possibly rather than moving the columns around or increasing the size of the text. however, it was mentioned that perhaps my text was a bit too small and should be upped to 9 or 10 pt. The spacing of the margins and gutter was also looked at and it was suggested that I reduce these to give the content more space. When it came to the colour layouts the idea to place the coloured squares on either side of the spread rather than in the centre really caught my attention and i will definitely try it out. I mentioned my trouble with the quotes and the bullet points on the colour layout and it was suggested that i do not mix alignments because it confuses the page and that I could try placing the quotes within the text but play with bold type, spacing and kerning to draw attention to them. From looking at other peoples work too it came to my attention that adding horizontal lines to my grid might help me a lot, as would not simply constraining text to a single column, playing with the grid more. 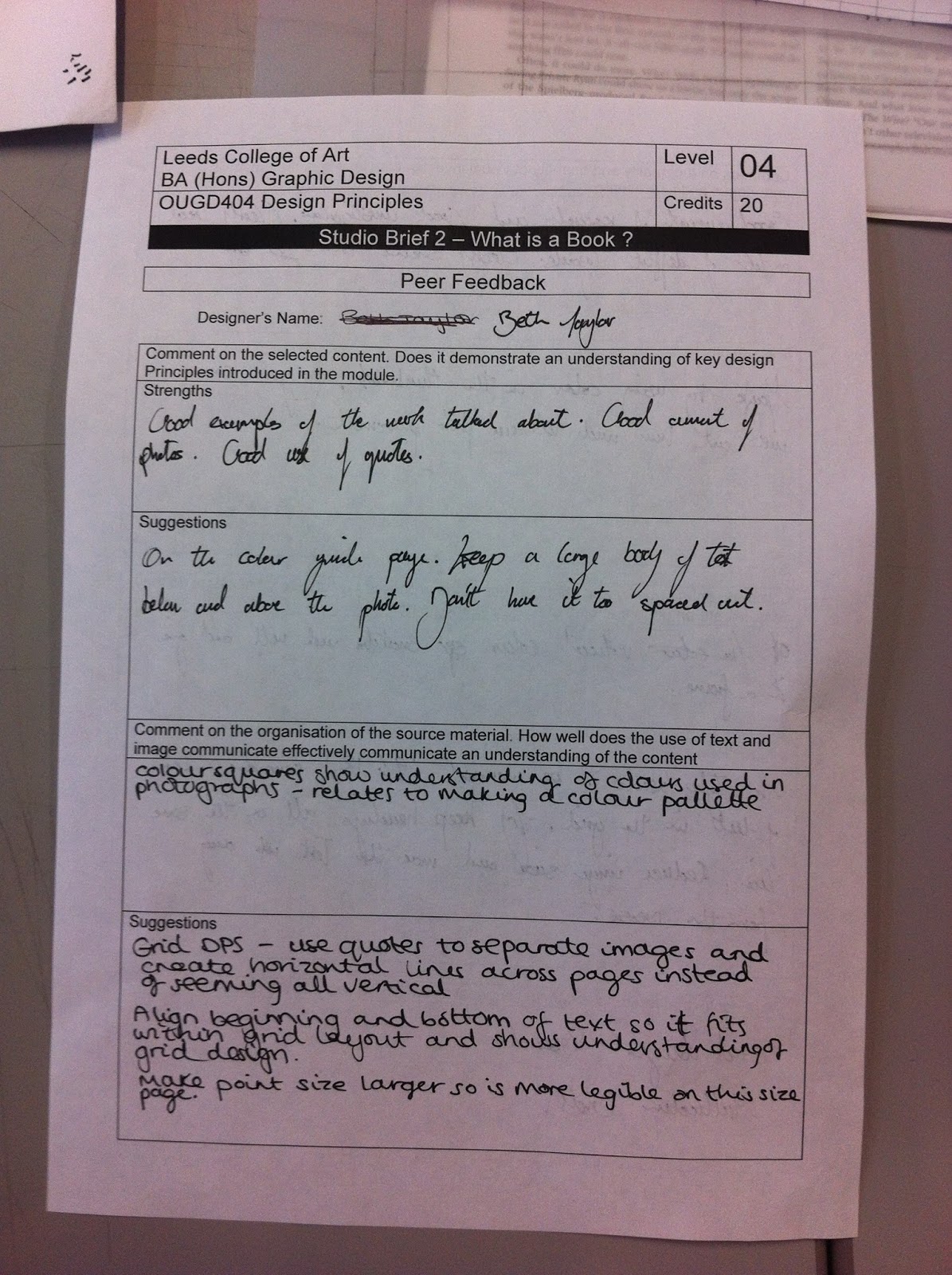 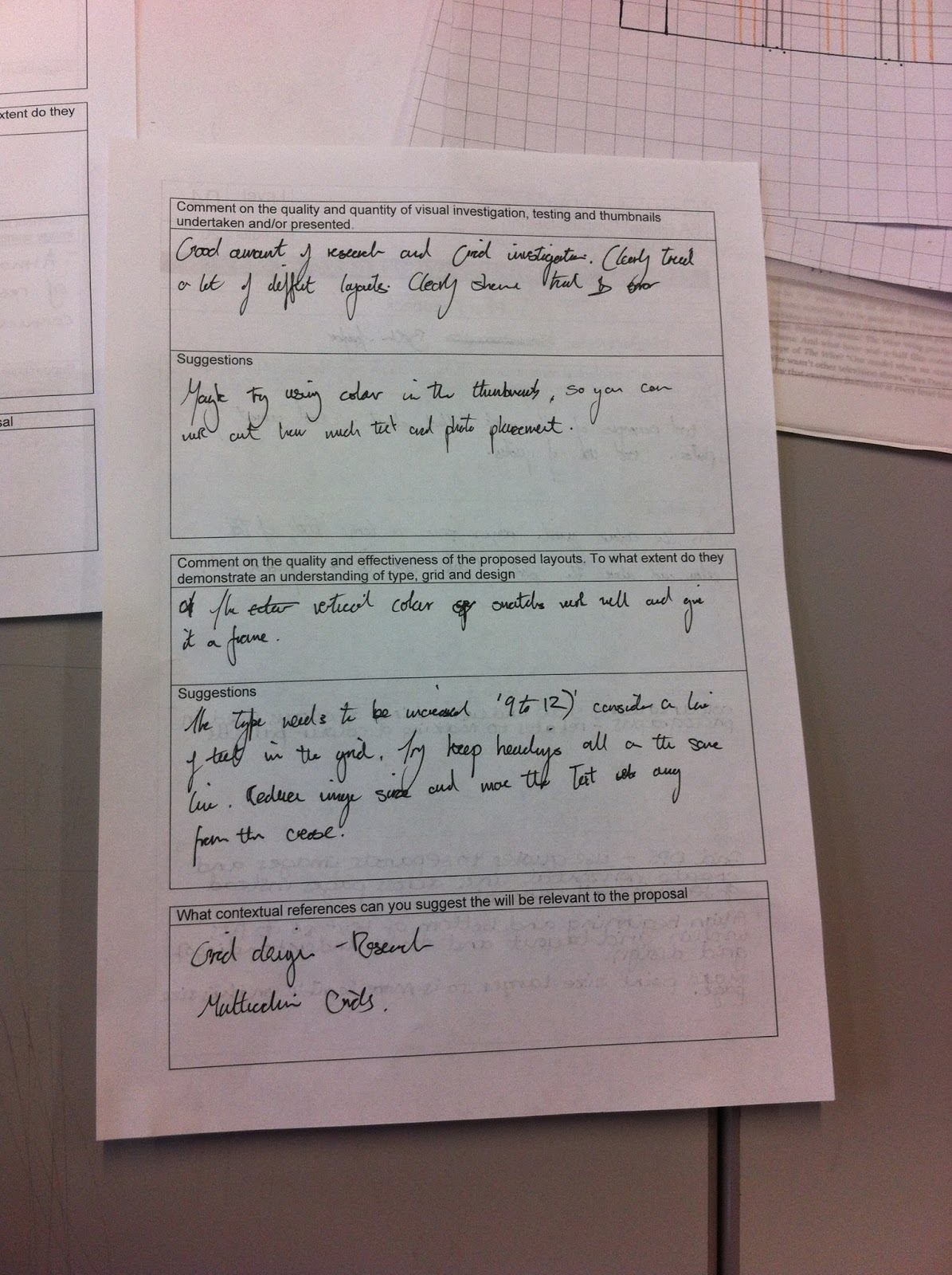 We also split into twos to analyse others work in greater depth and the feed back pretty much summered what had been said before but suggested the use of colour in my thumbnails, reducing image size and keeping headings level with one another.