Something that happens a lot in the film is the desaturation of colours, for example red blood becoming white in a rather dirty fluorescent way. This is something I wanted to experiment emulating. 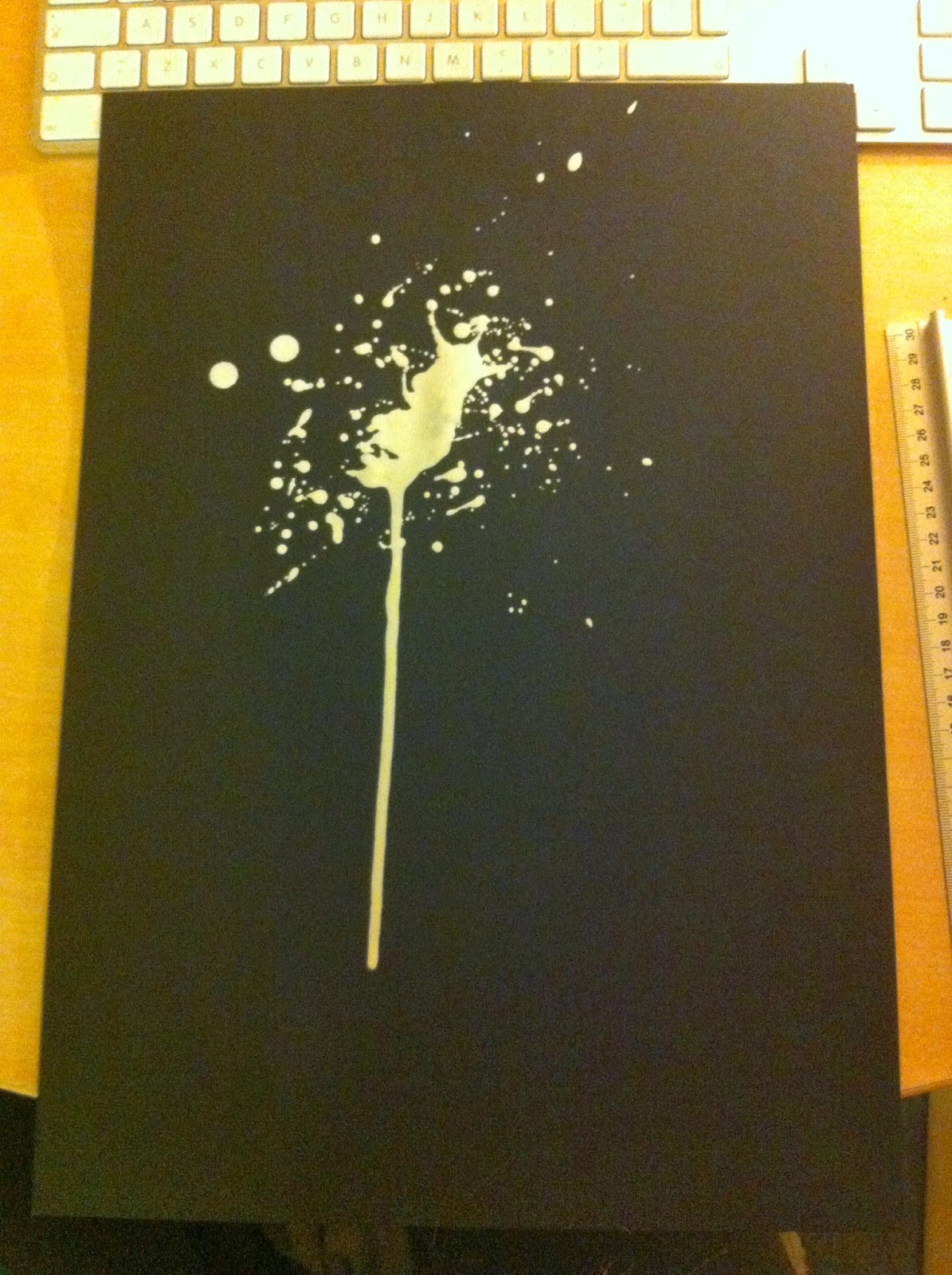 Using white ink on black paper really got the look I wanted. I also want to add a bullet hole at the centre of these slashes to give them some meaning. However, I worry that just that would be inaccessible to those who have not seen the film, although it screams sin city to me, after watching it, it may not do so for others. 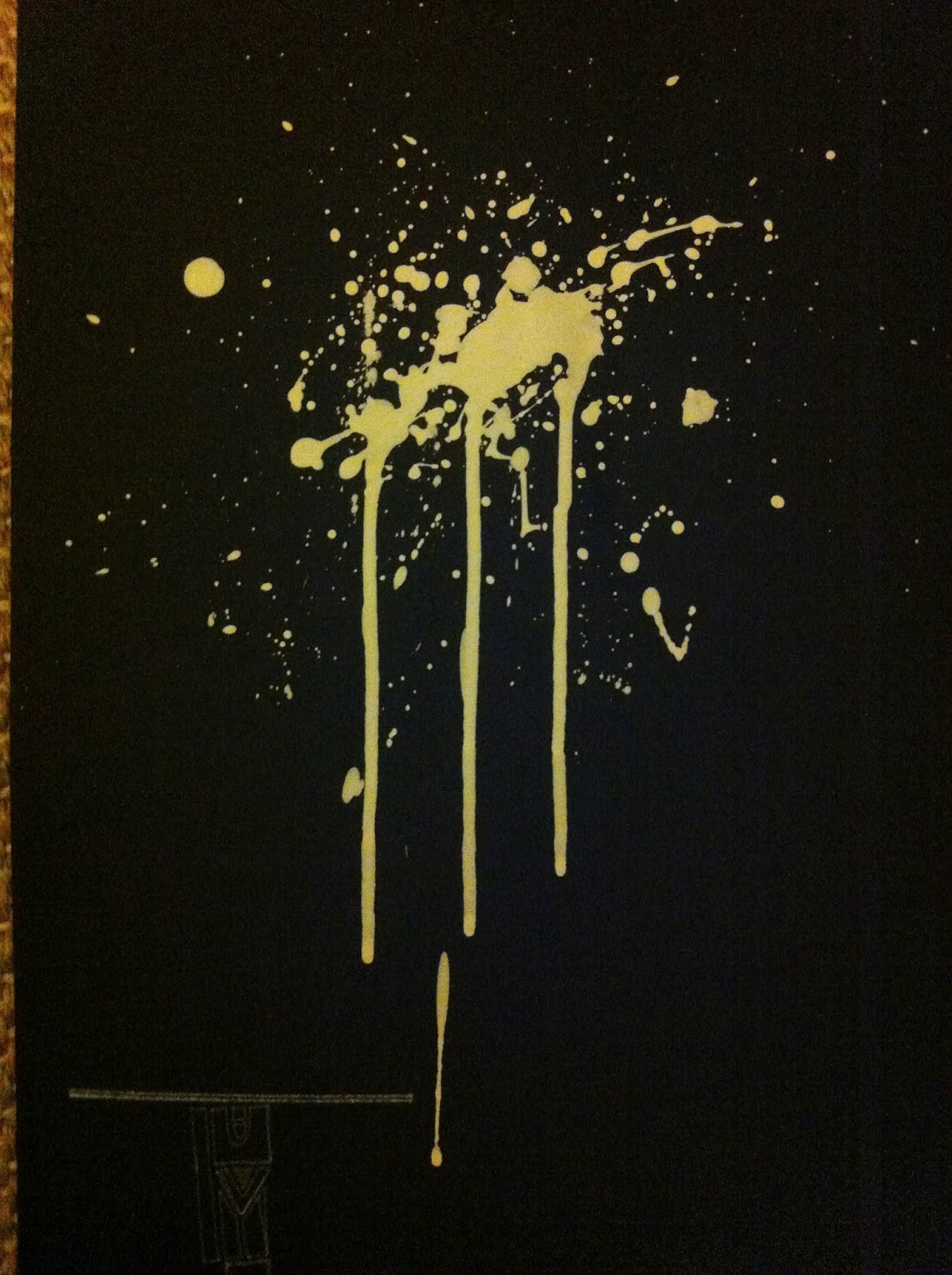 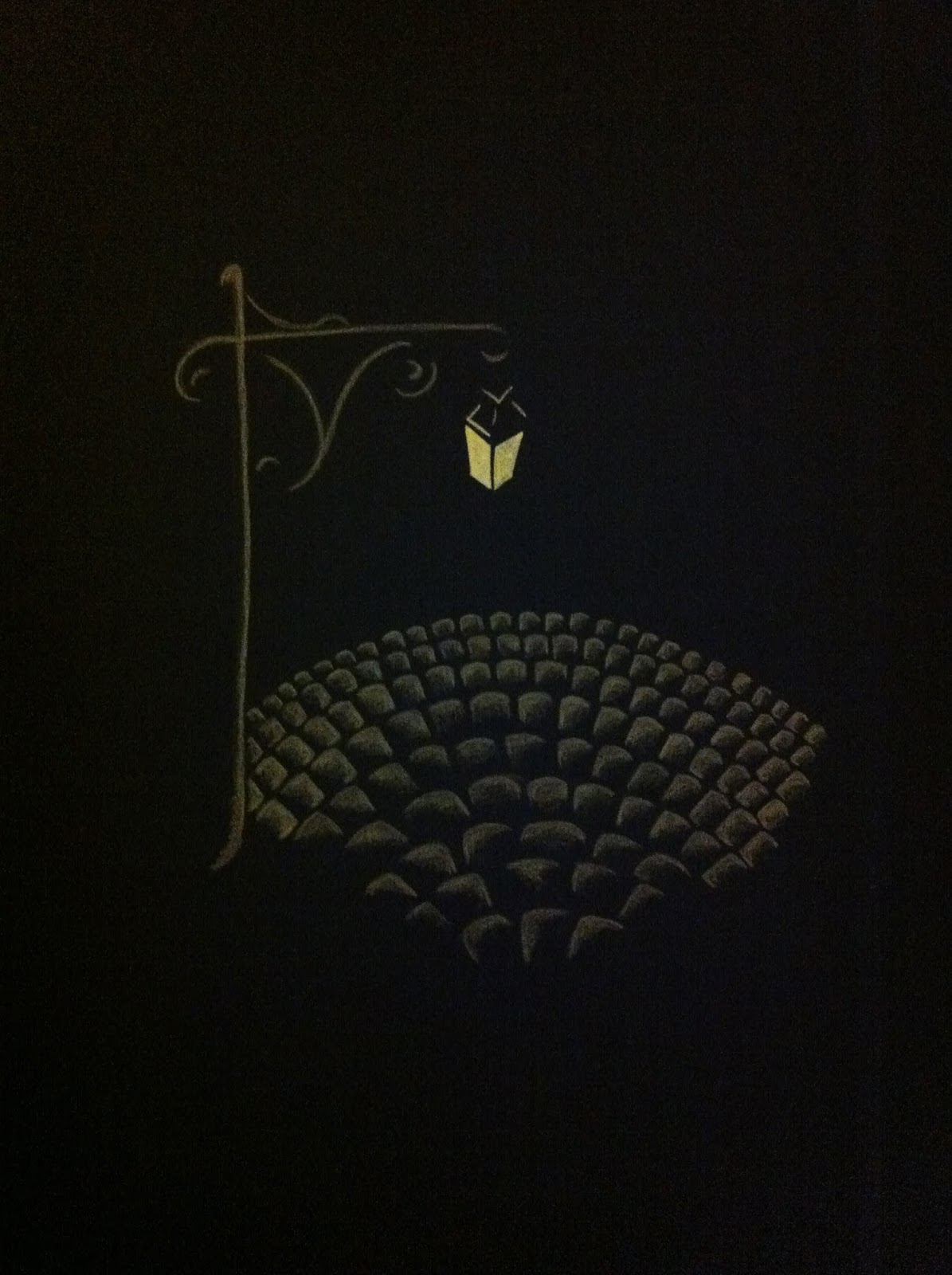 This is a direct translation of the poster thumbnail I drew up at the beginning. I haven't quite got the drawing of the cobbles right but I like the concept, perhaps it could be improved if tried out digitally. 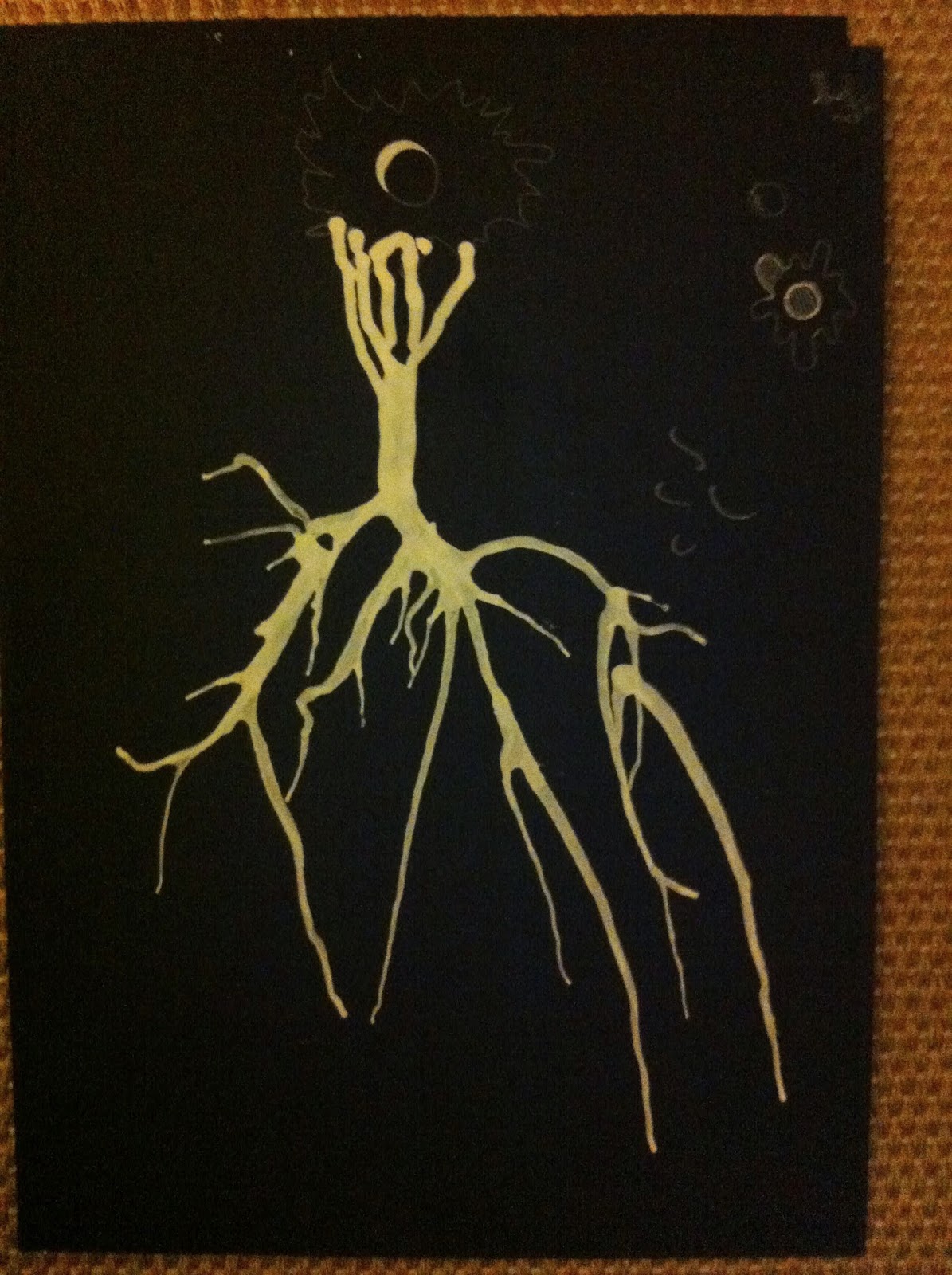 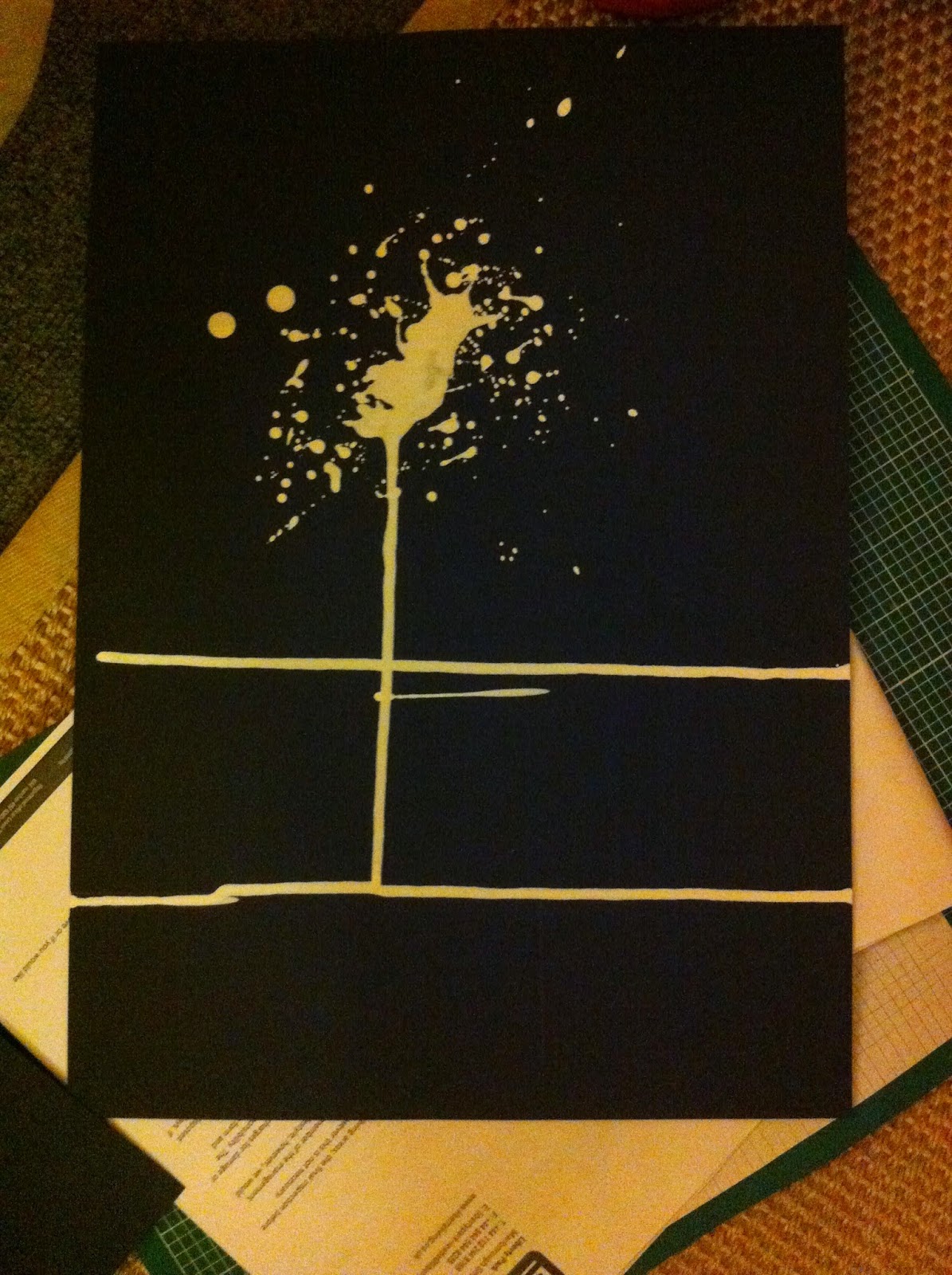 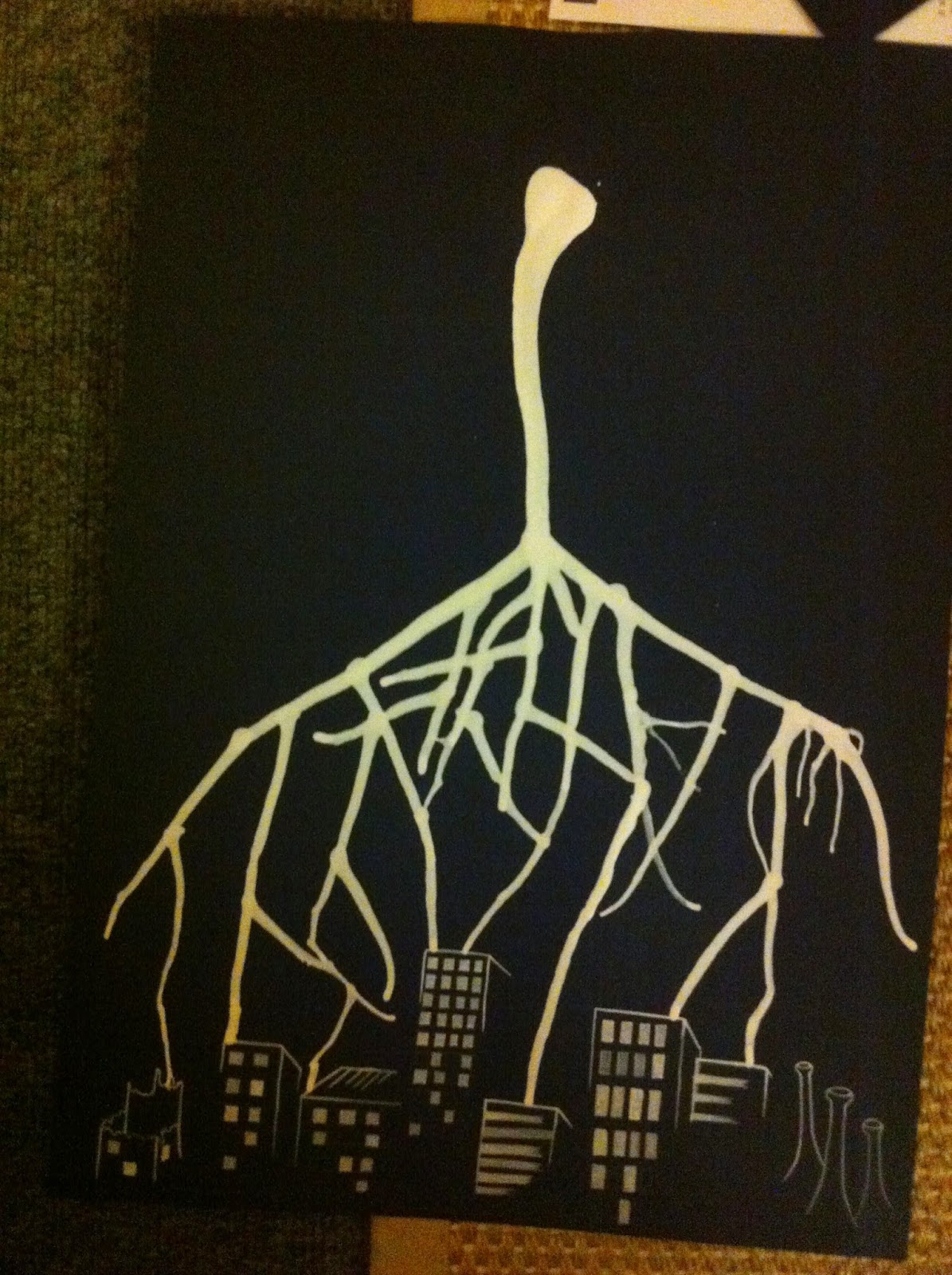 The way the ink dripped was vey hard to control but blowing the ink made the lines too erratic, yet when I just let gravity do it I felt it was too controlled. 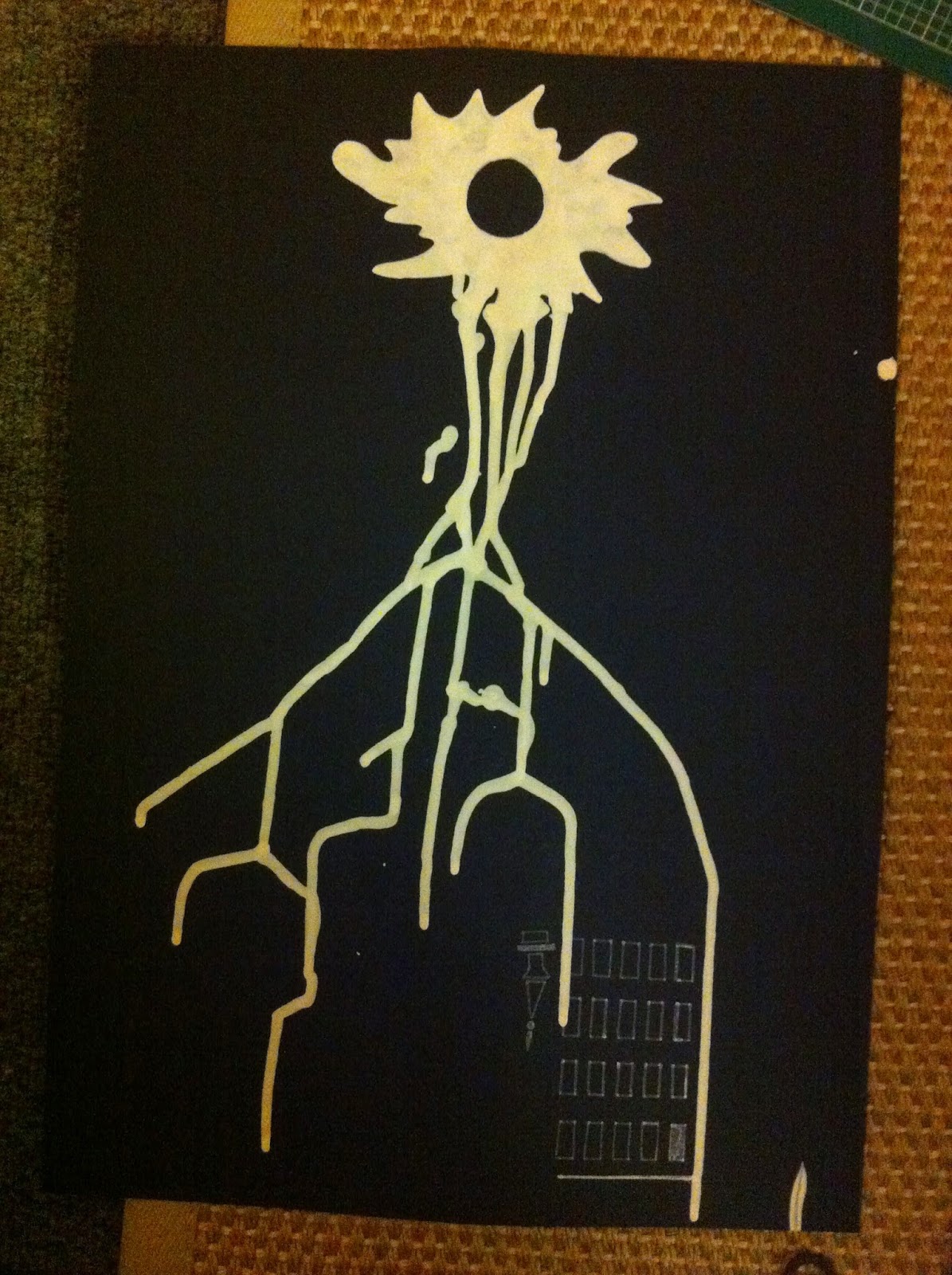