In an effort to create something truly 'Alternative' to the original sin city branding and identity I wanted to attempt some hand rendered type as mentioned in my crit. Because of the positive response to this idea I set to work creating a design, drawing from a number of pieces which I had noticed earlier in the week and documented both in the previous post and my type journal. 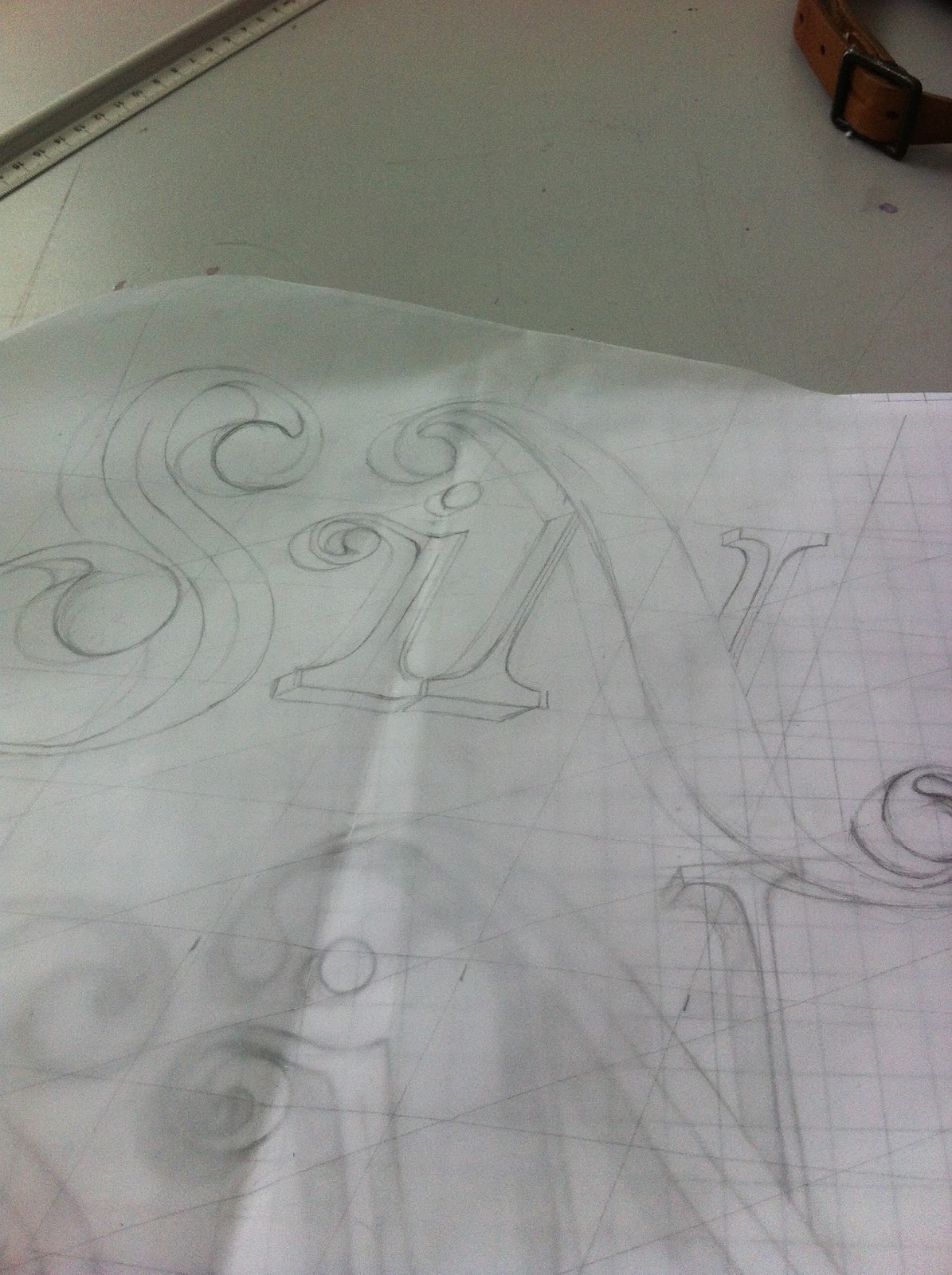 I set about creating a base line with a soft 3 degree angle to it because this is something I observed and really liked on the hand rendered type I had found. 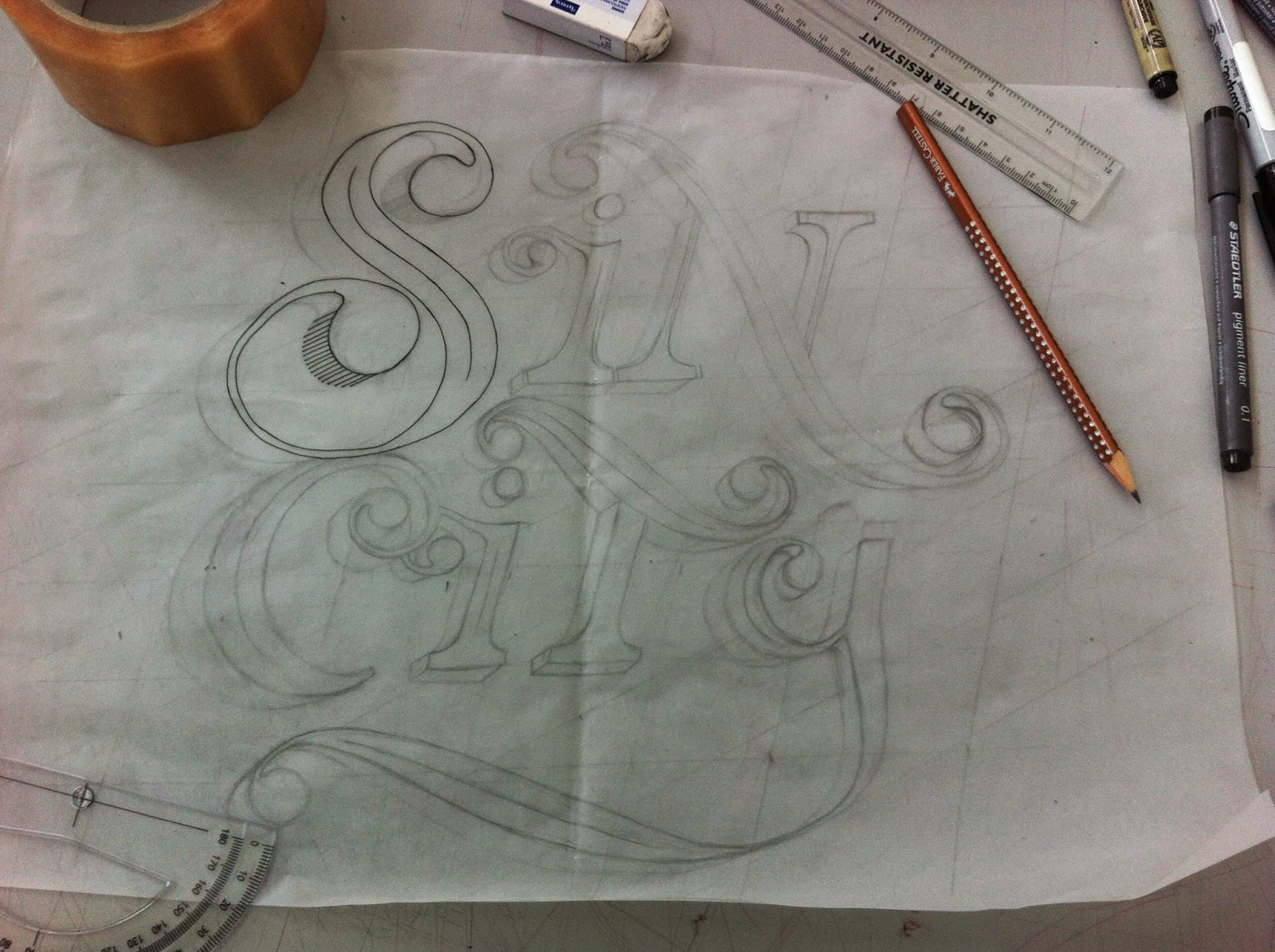 The angle of the type, I have also attempted to regulate at 78 degrees, although I found this difficult because identifying the exact centre of each letter, therefore aligning it to the angle proved trying. 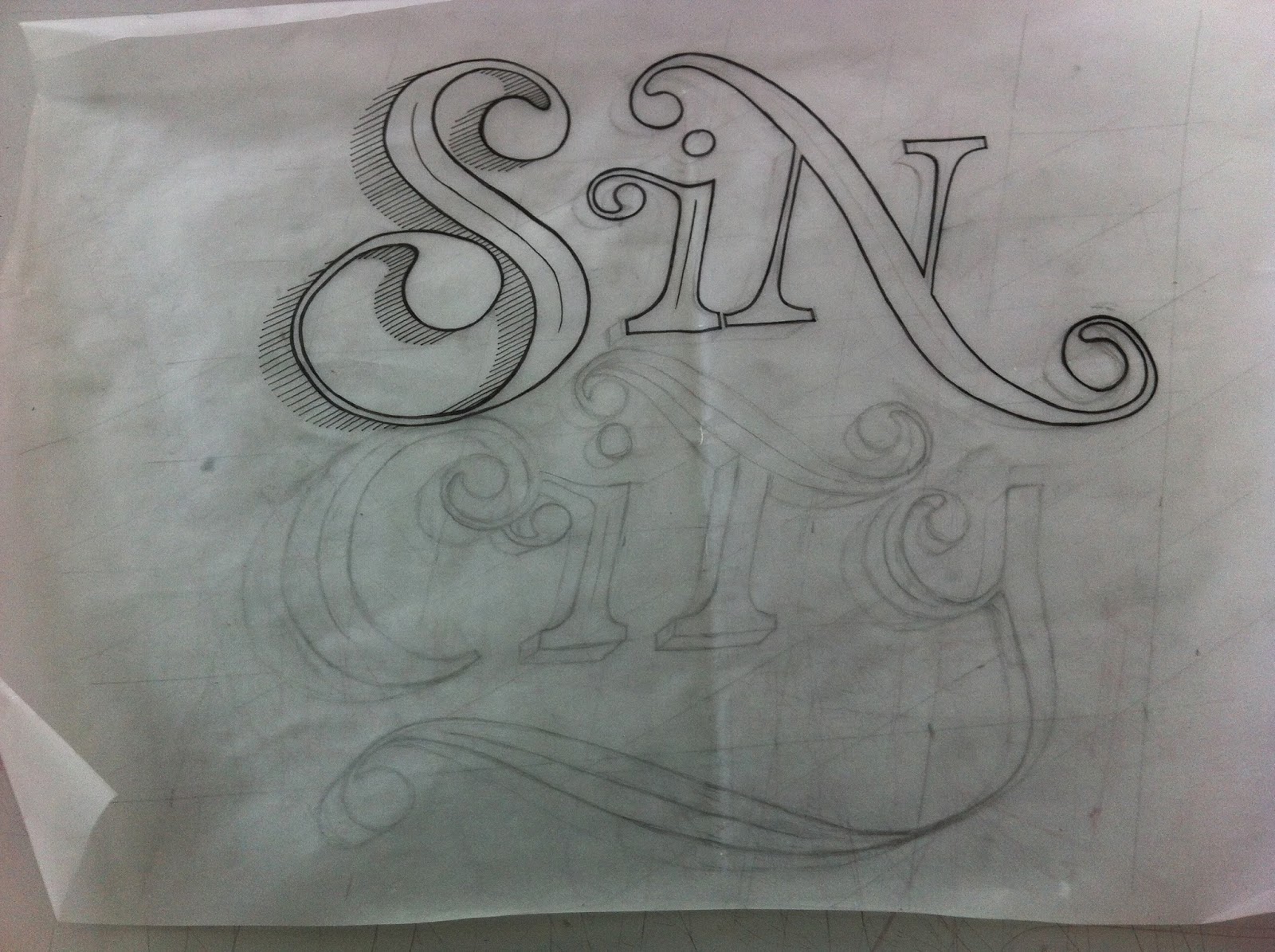 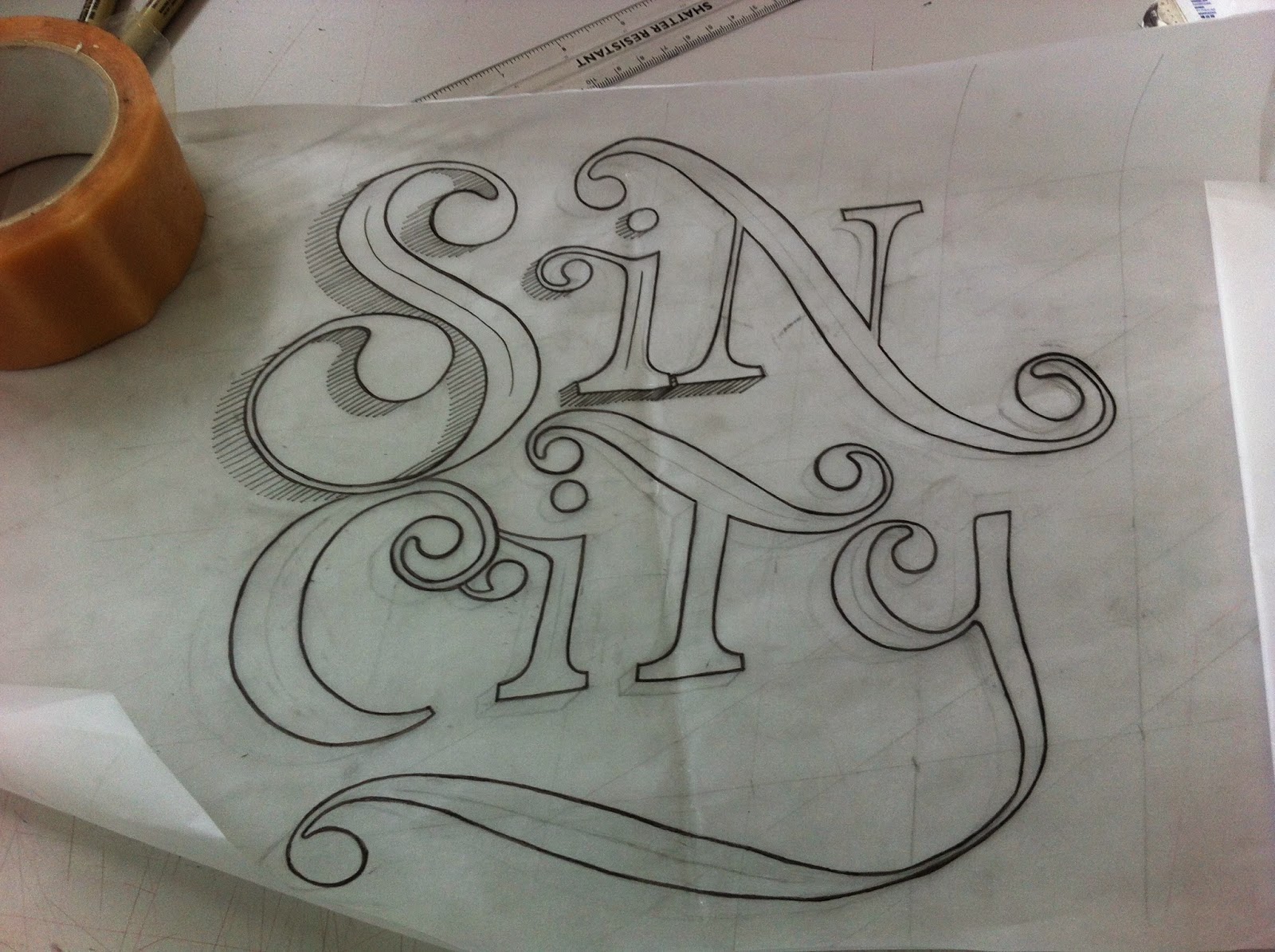 Something I admired in the type I found in my research was the heavy drop shadow. it creates a weight upon the page which lends a presence and assertiveness to an otherwise overly delicate font. As previously mentioned I wanted to achieve an almost 1920s 'gangster' aesthetic with this font because it connotes corruption behind the beauty which is such an integral part of the film plot and identity. 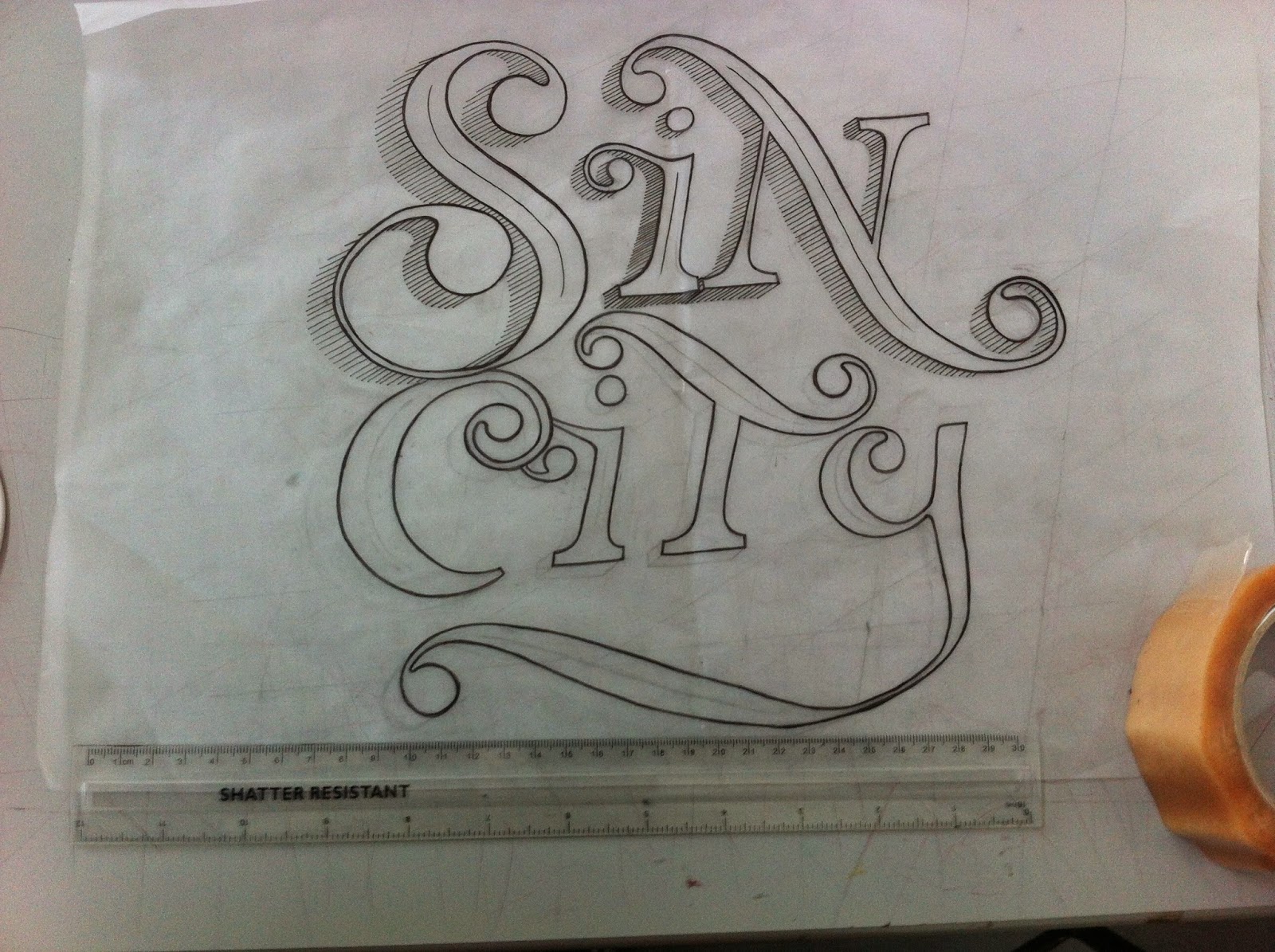 I have used angled lines to create the drop shadow so that it can work when screen printed as a gradient would not. I will go on to trace this drawing in illustrator and reduce it in size so that it would fit into the A4 format of the poster and ensure that the positive has a sharp enough edge to expose properly and to perfect the surges and maintain a constant line width.