As with my digital design I decided to look at each section of the book cover in separation I folded the print that didn't quite line up just so that I have one print this is pristine for submission. Also it took a few tries to figure out the way to score the paper in the neatest way possible. 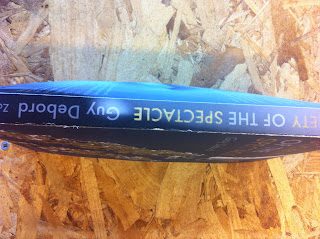 I am surprised by how much I like the sine of this design. The out of focus image in the background really compliments the decidedly geometric shapes of the type and the reduced opacity of parts of the design let it meld slightly with this out of focus background perfectly communicating the spectacle and our reality. The gold on the two key words of the title not only allows the gold layer of the design to continue across to the back without upset, it also glares out of the design from a distance ensuring communication even when stacked on a shelf in a book shop. 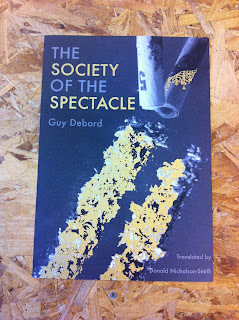 Despite earlier concerns about the gold addition to the poster I am really happy with the decision to extent the layer onto the reflection of the £5 note and parts of the type. I love the way the gold is only on the reflection of the crown (communicating the glamour of the spectacle and how it grabs attention masquerading as reality.) I had concerns about the angle that I decided to place the image (cocaine lines are usually horizontal) and when the gold layer went on I was quite worried about whether they still read as cocaine lines. So, I asked around in the studio and although some said it took a minuet to figure it out the presence of the rolled £5 note made the link fairly easy to make. I quite like the fact that it needs a moment or two to figure out, because so does the theoretical content of the book. This suggests that my attempt to capture the tone of voice of the content in this design is at least a little successful. Two things that I would change however, if I had the chance, would be to increase the half tone dot scale on the poster, because it looks so good on the book cover, but I did not allow for the larger scale of the poster and the proportions of the dots is not quite right. 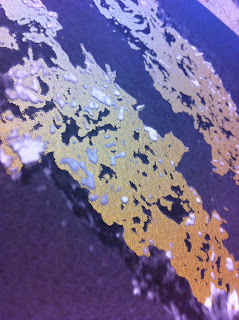 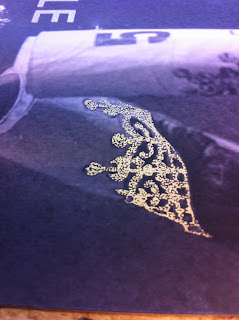 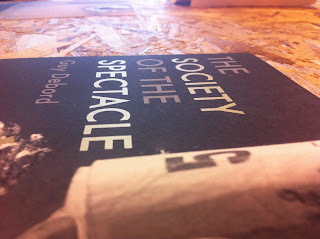 I would also change the little fleck left behind on the photo by careless editing. On screen it looked no where near as dominant as it does on print (on the edge of the £5 note) so I would definitely get rid of that if I could. 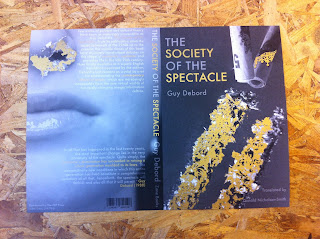 I possibly prefer the complete book cover to the lone poster. This is because of the context, sense of narrative and depth of meaning added by the image on the back cover. Although it might be seen as repeating the message set out by the cover image, I think that it creates an immediacy, by applying the idea to an individual, that makes the whole more engaging and a little bit more edgy. This is an accurate representation of the content that I think was missing from the cover that I found. 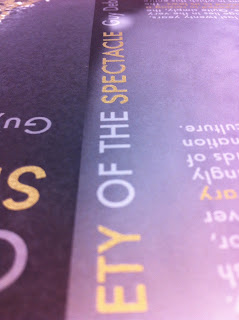 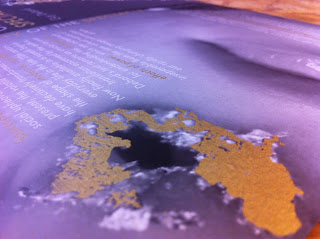 One thing that I am possibly most pleased with about this project is the fact that I have pushed myself slightly beyond my comfort zone during this brief. I didn't use hand drawn type and I worked heavily photographically which is unusual for me. I am content that I evaluated the tone of voice required for the design and knew that hand drawn finishes just wouldn't work in this situation. I also managed not to make this Brief too difficult for my self witch is something of a trend in my projects. 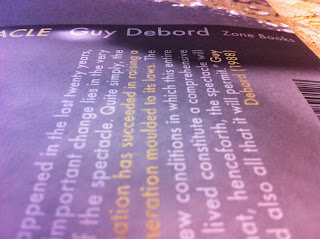