Because I was uncertain about which of the four ideas detailed in the previous posts to pursue I simply took one that I felt had possibility and took some photographs to see if it had any milage. If not, or if it was at all uncertain, I would pursue one or more of the other ideas. The golden cocaine was currently my favourite and I had bought some gold leaf. So, I crumbled the gild leaf up and got to work. I added the £5 note just before I started shooting, I felt it added a distinct link to consumerism tat worked so well with the theoretical content of the book. 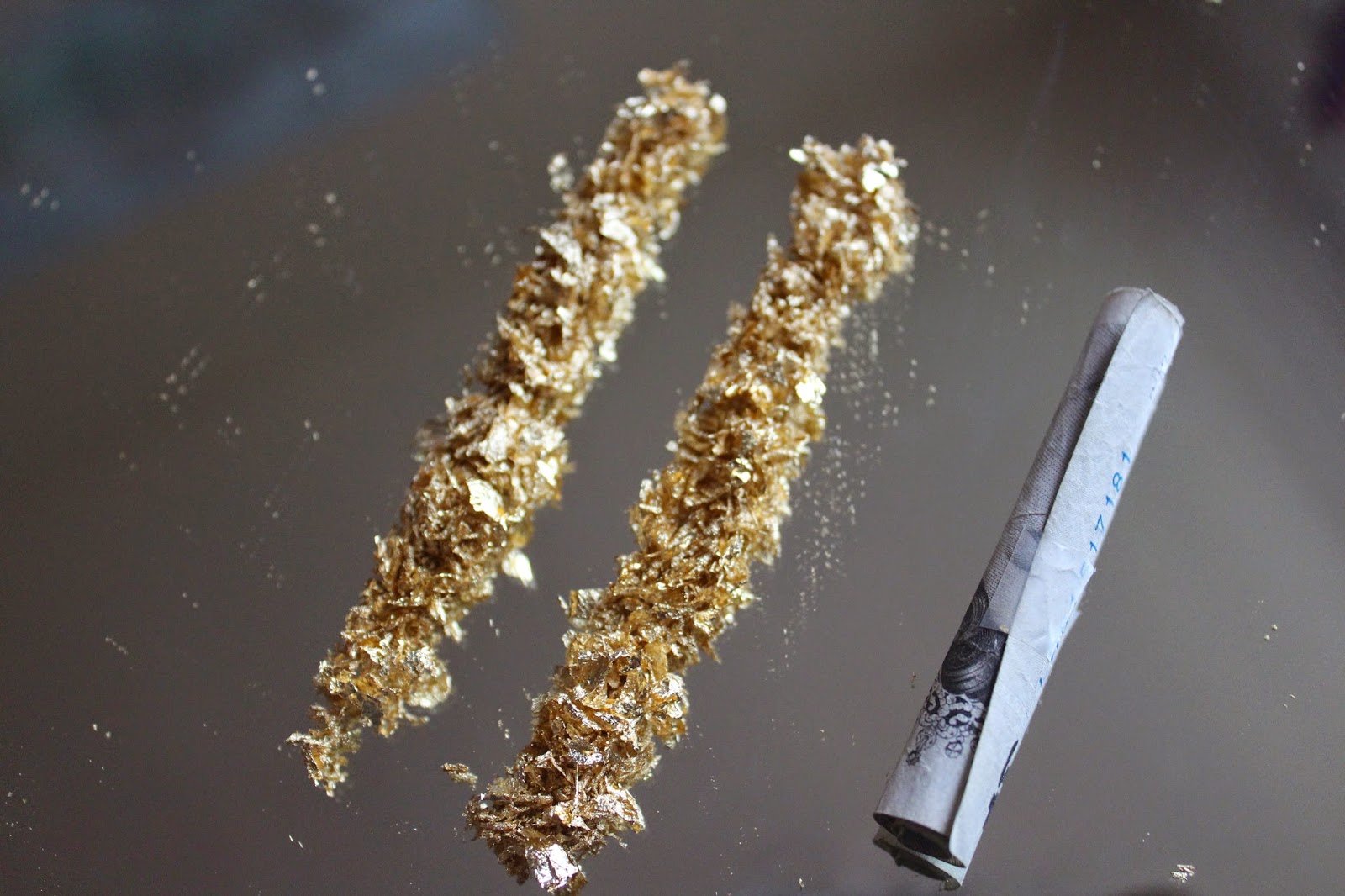 After talking to some friends about the ideas I was informed that classically cocaine is represented on a mirrored surface. So, in an effort to maximise communication I set up a shoot that did just that, although it was not easy. It also occurred to me that a mirror fitted so well into the theory of the book; appearances, consumerism and the group hallucination of the value of these things. 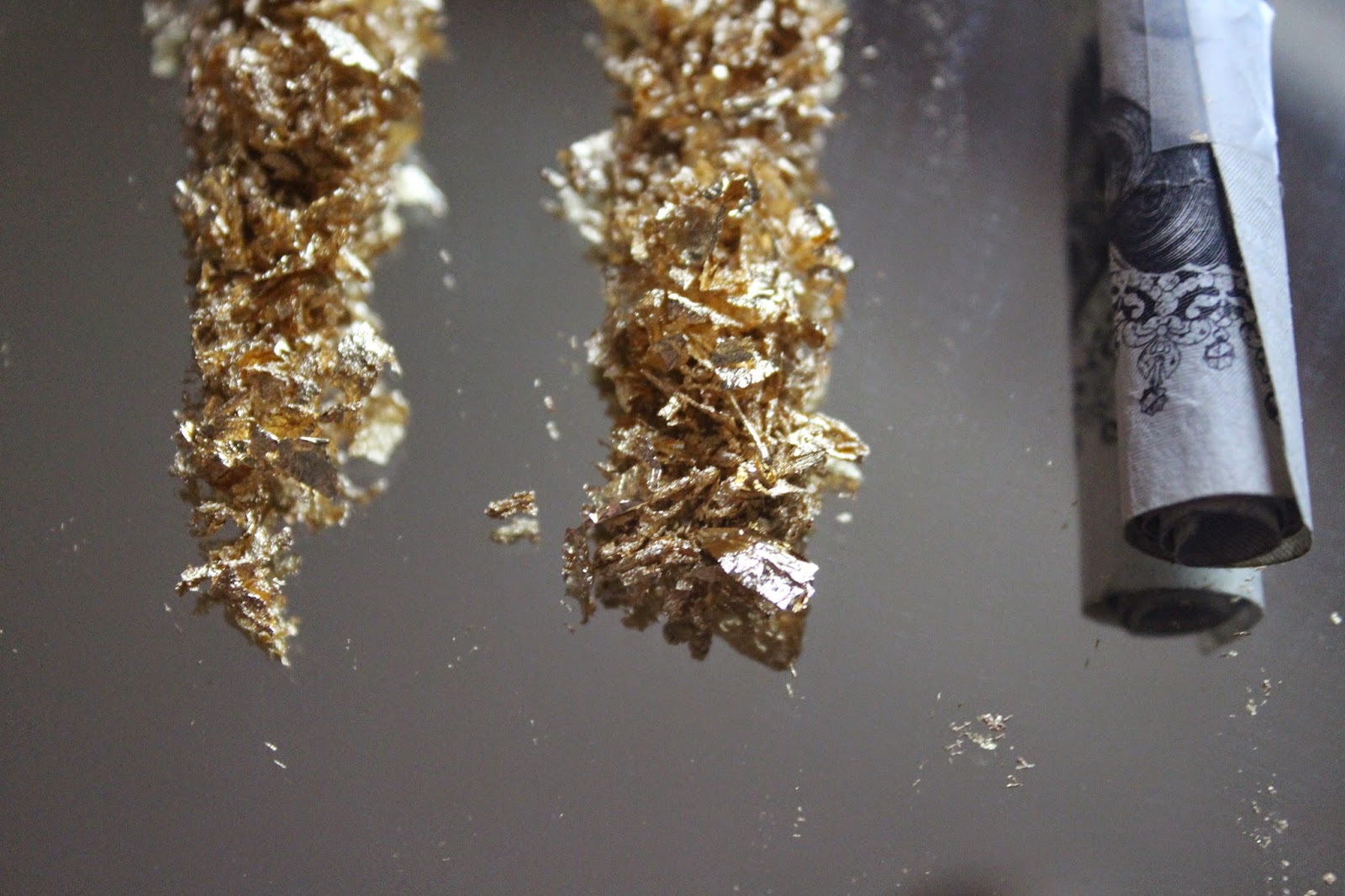 Not only did I have to wrangle with not getting a reflection of the camera, but also with the contents of my room. 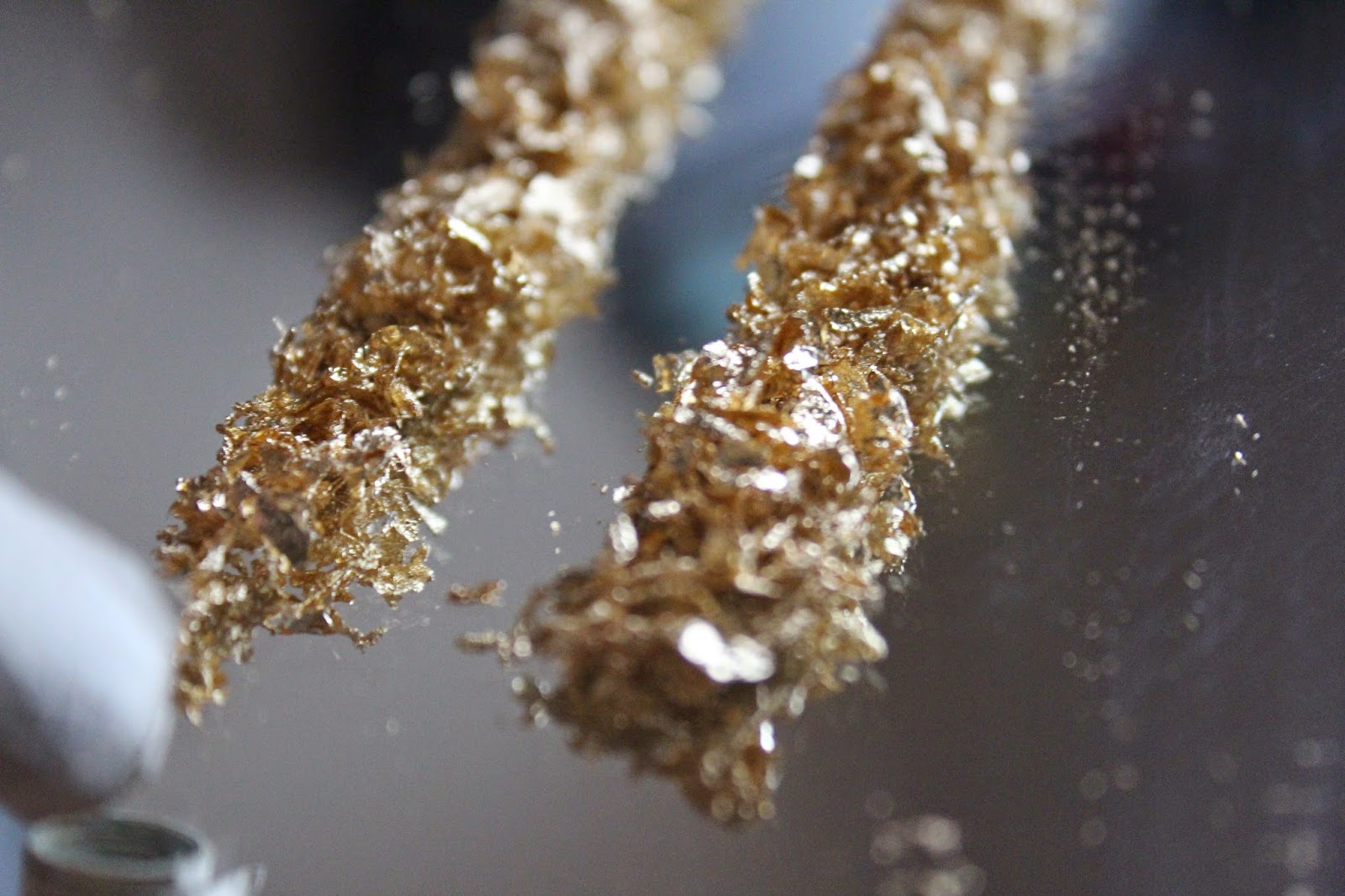 I tried using a white reflector to create something solid to reflect but the mirror just didn't look like a mirror any more. 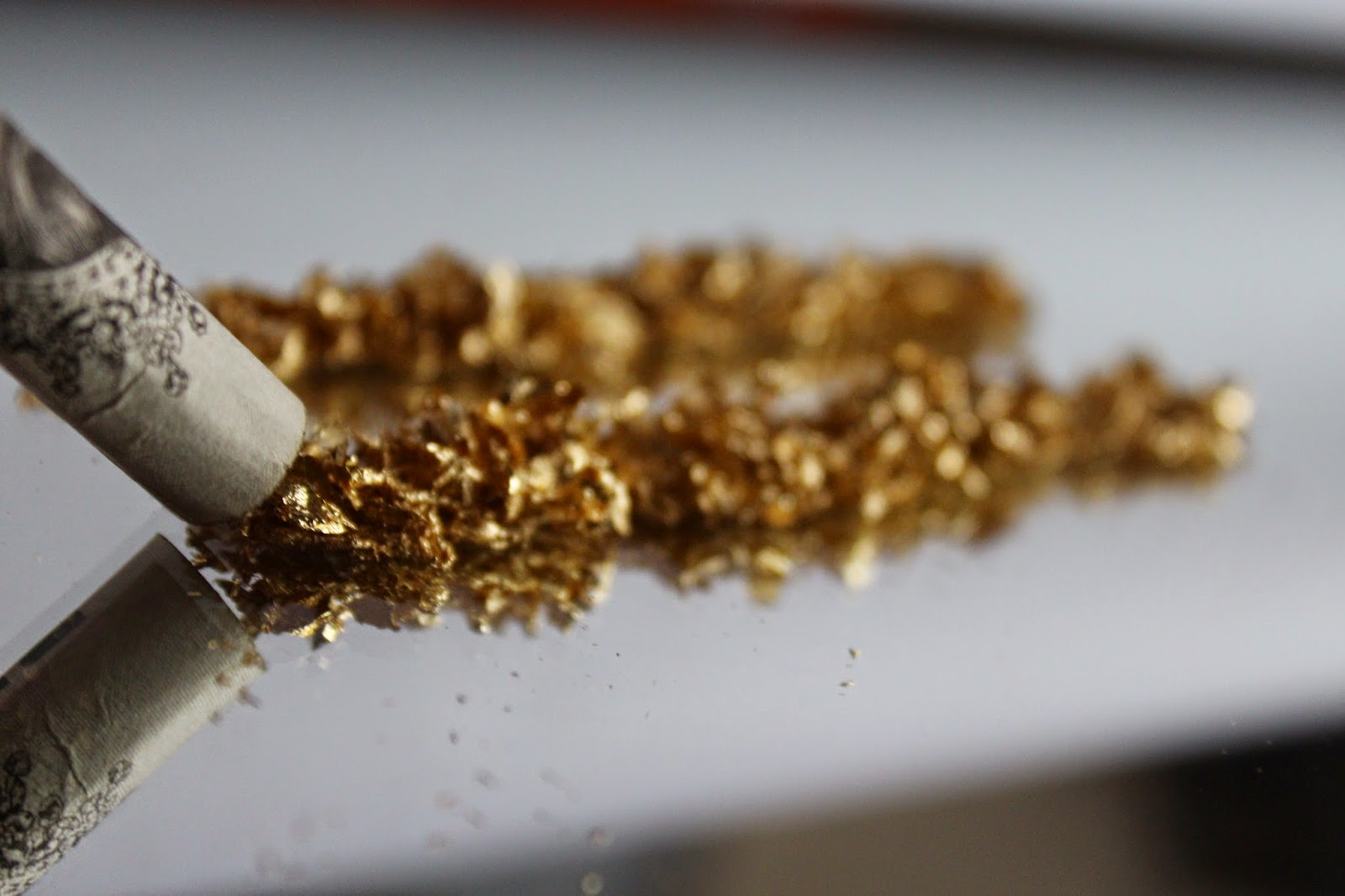 I tried engaging the flash and playing with  the white balance to get a more intense gold colour but it just seemed a bit fake and the cold almost grungyness of the natural light in the rest of the photos had a reality to it that contrasted interestingly with the strange and surreal contents of the photo. This contrast representing just that mix of reality and the spectacle that the book covers. 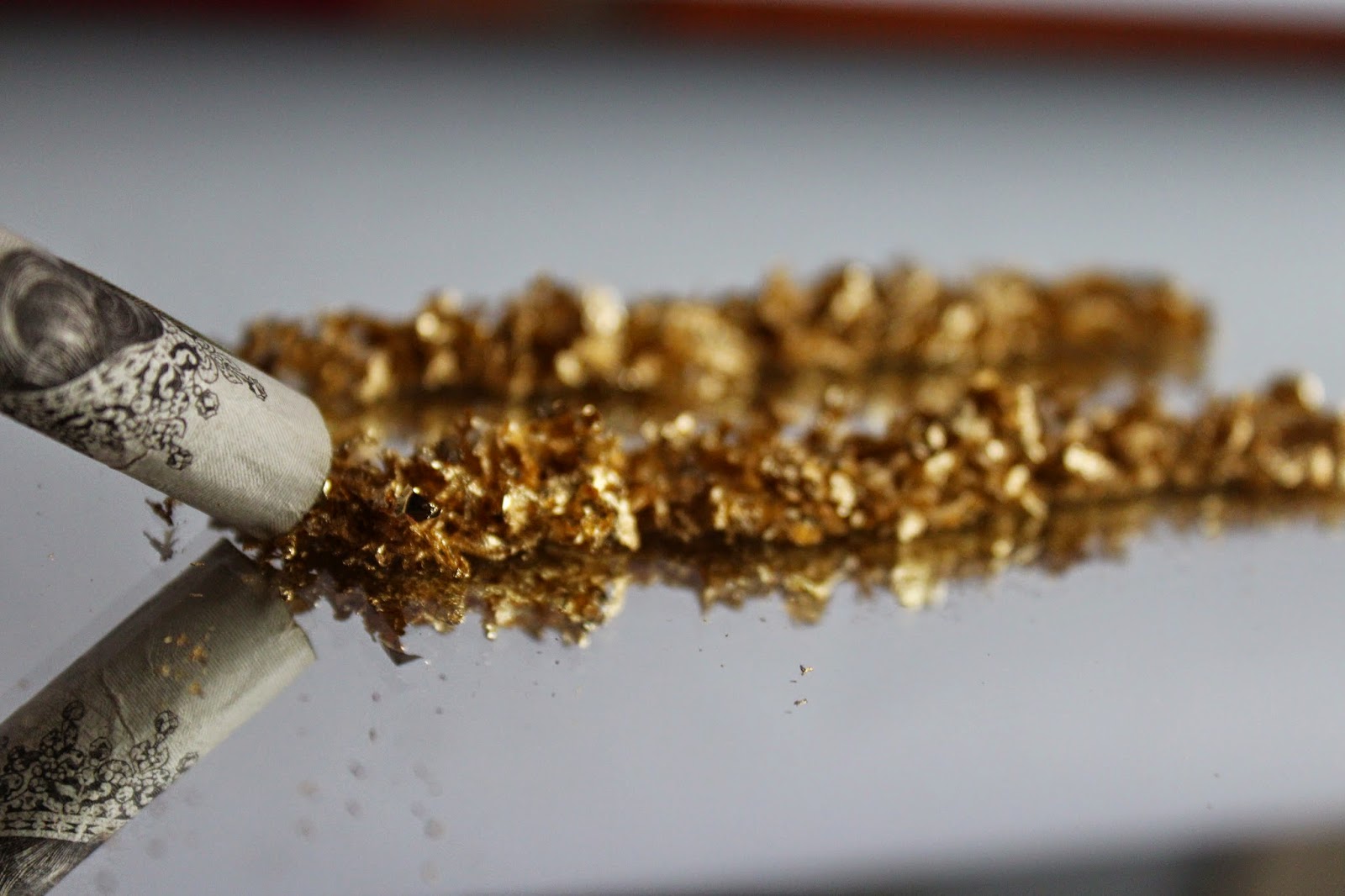 Eventually I found that the neutral tones of the ceiling provided the best background reflection and didn't fight into the foreground. 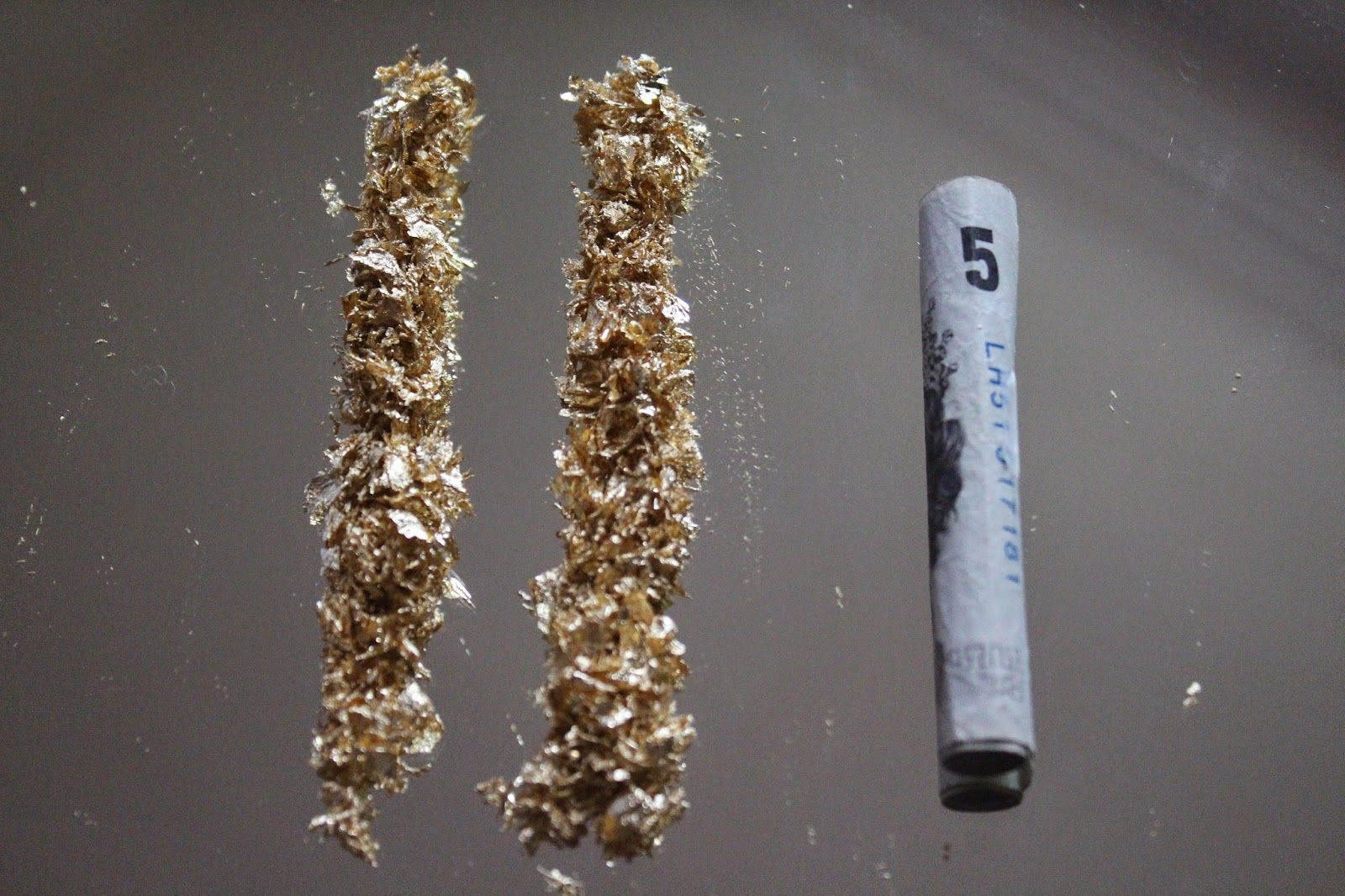 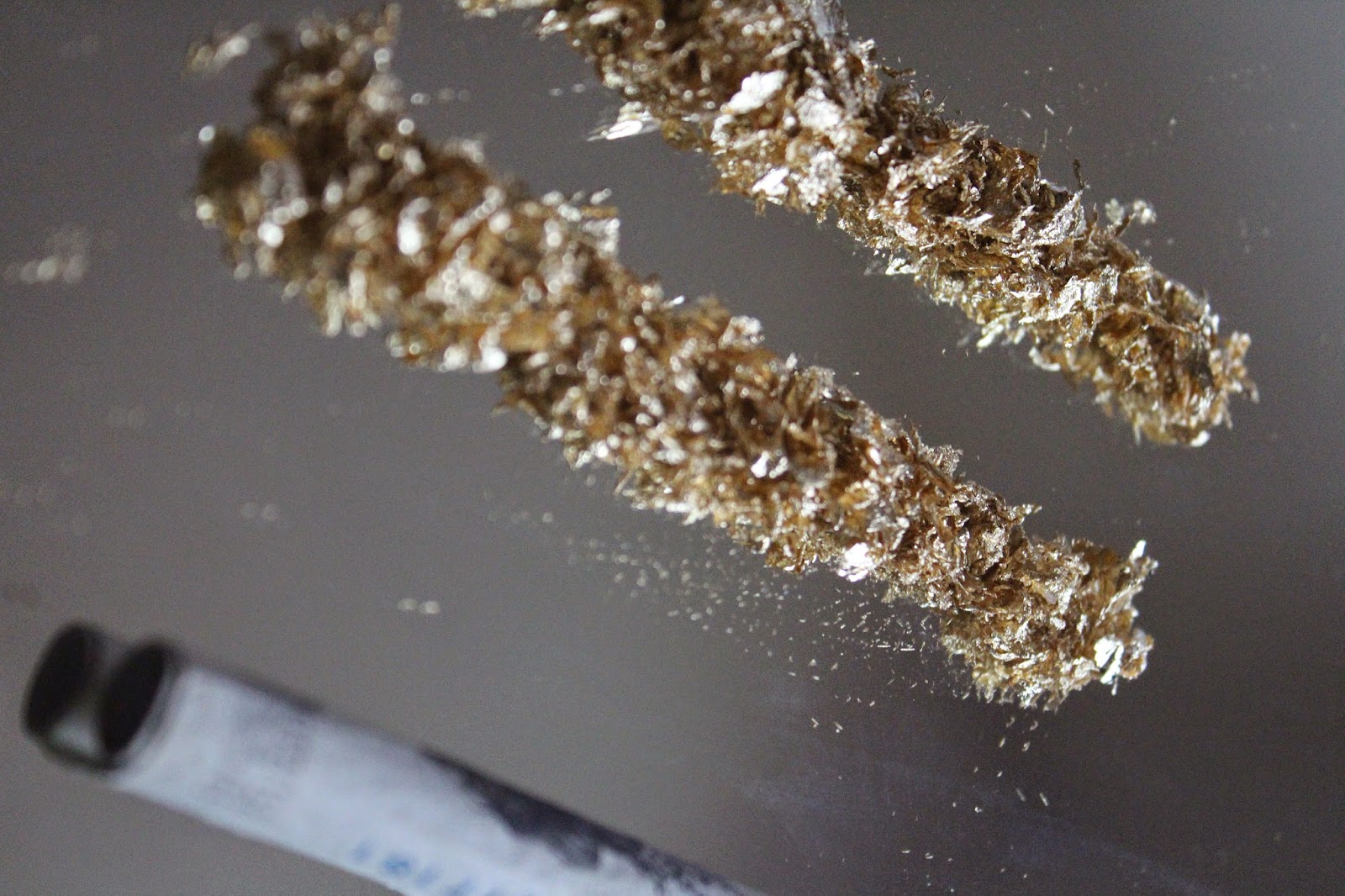 I tried numerous angles to try and make sense of the image, aware that a portrait image would be best or the format but it seemed the note had to be at the angle of actually taking the gold, so that there was no question about the arrangement. 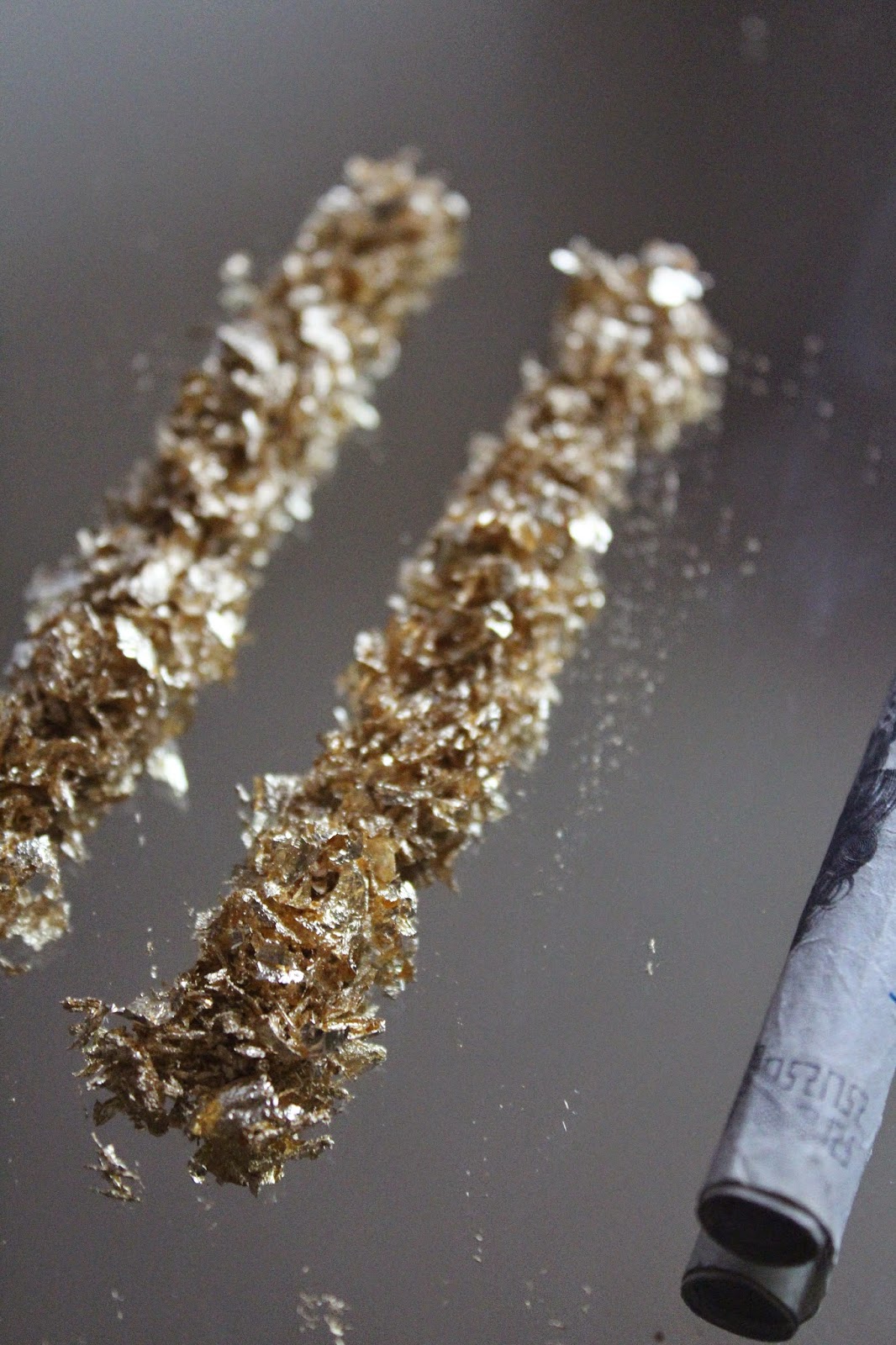 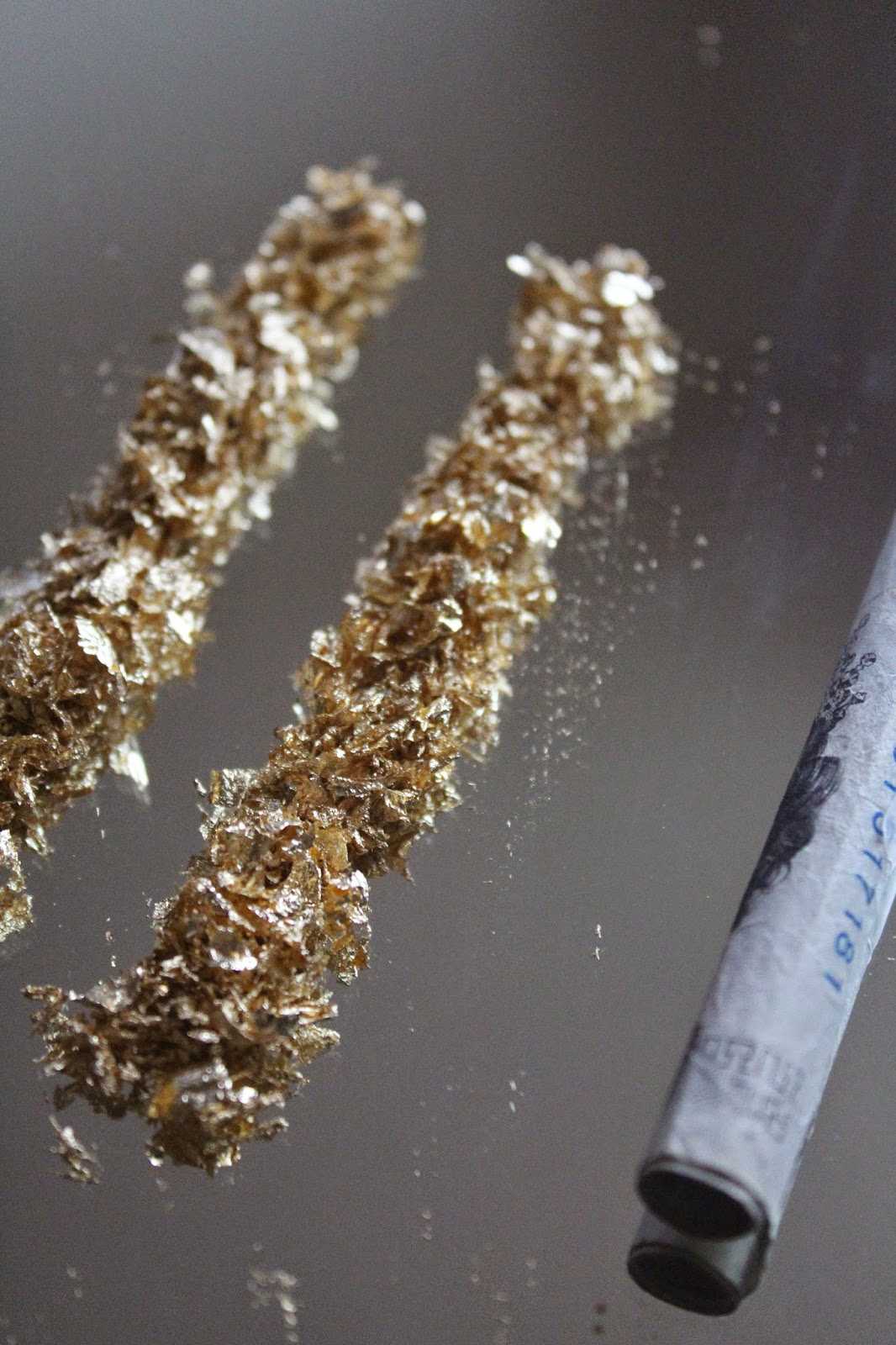 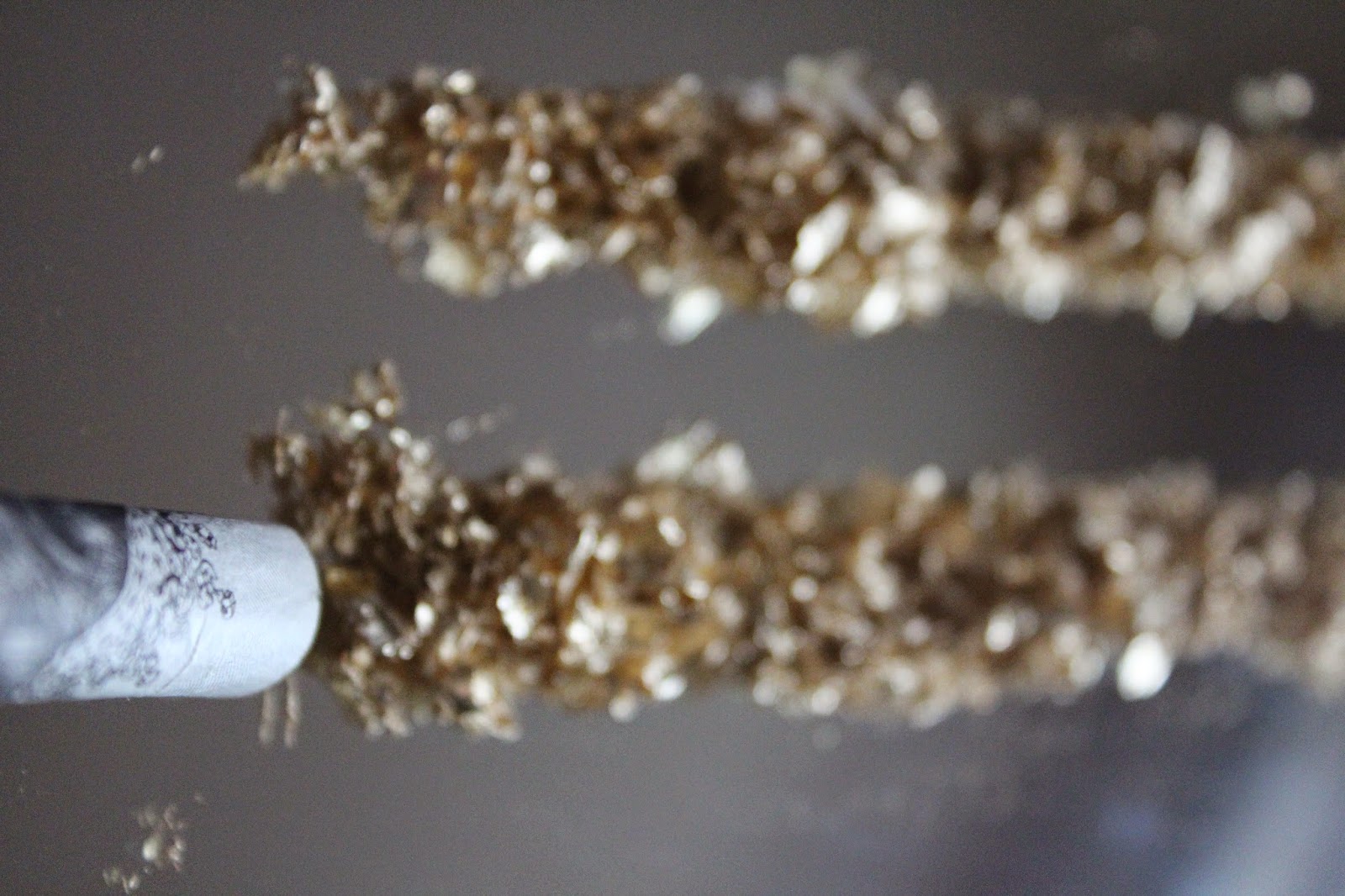 I tried playing with the perspective suggesting that the photographer is partaking in the drug of consumerism. However, I felt that this suggested that the author was doing so and this just doesn't fit with the detached observations the book actually contains. Because to explain the theory properly the situation has to be explained from the outside. 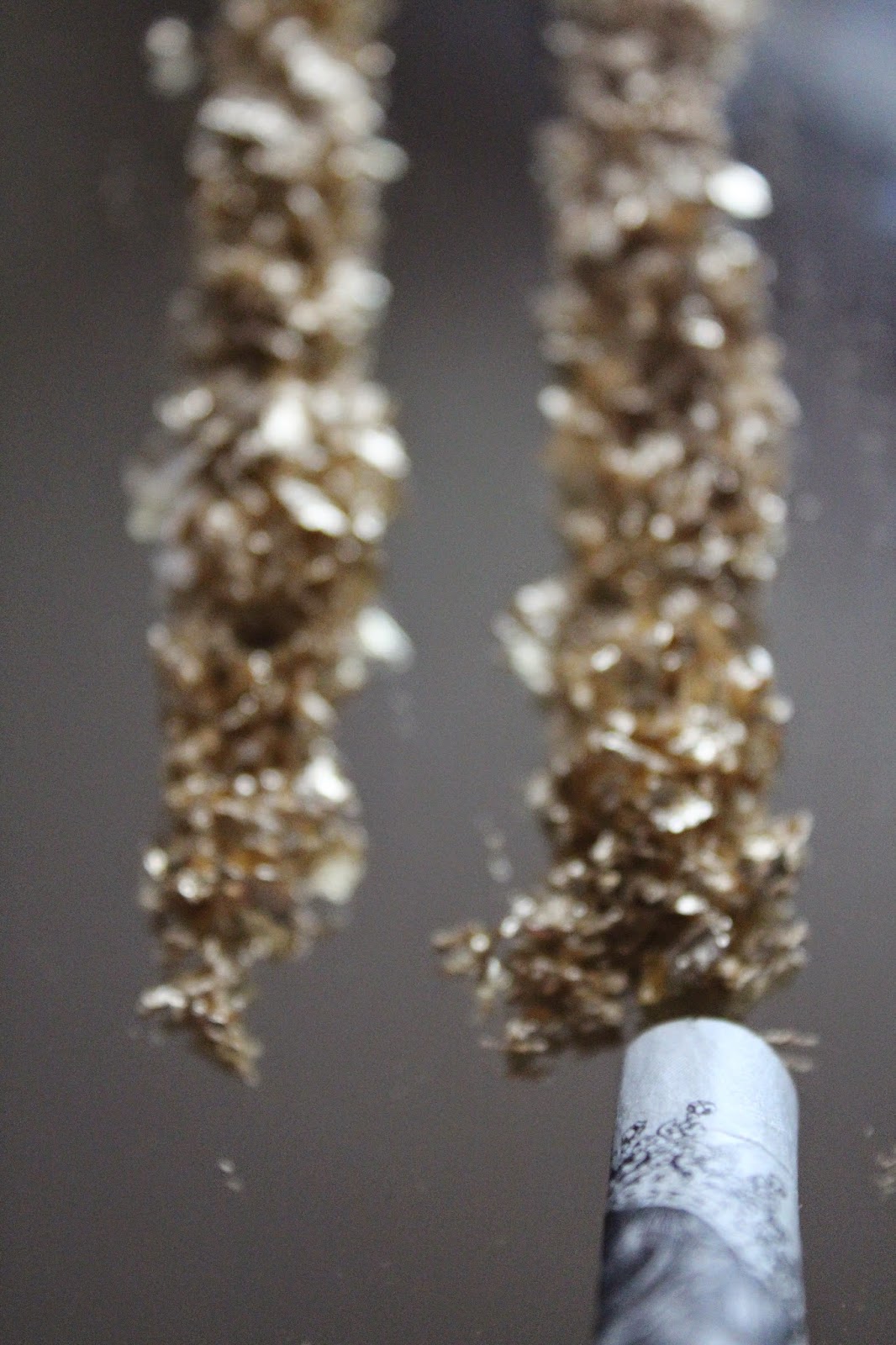 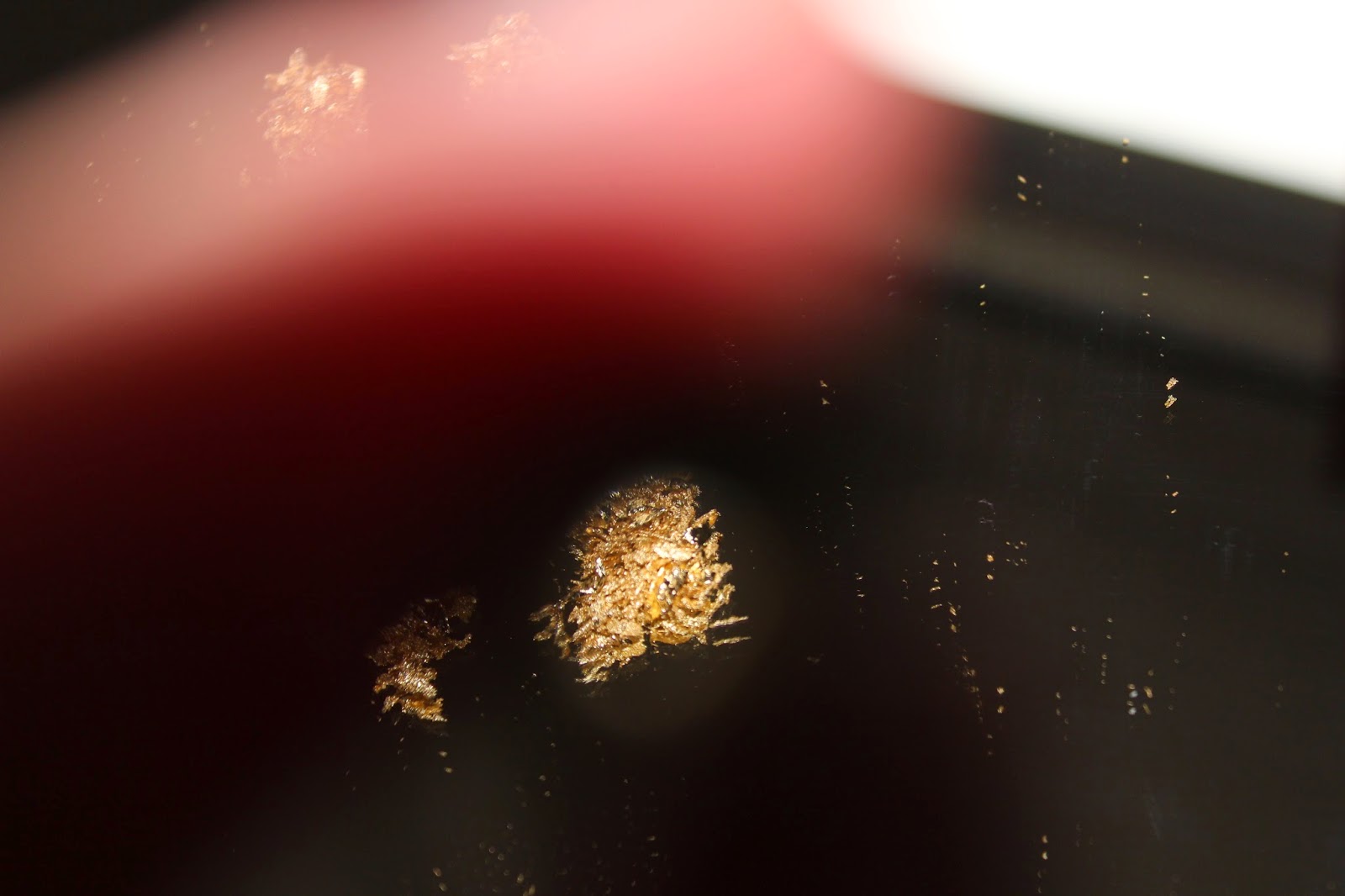 The shots below were me most successful because they show the subject so clearly. There is no question that the gold is portrayed as a drug and the note is clear as day. 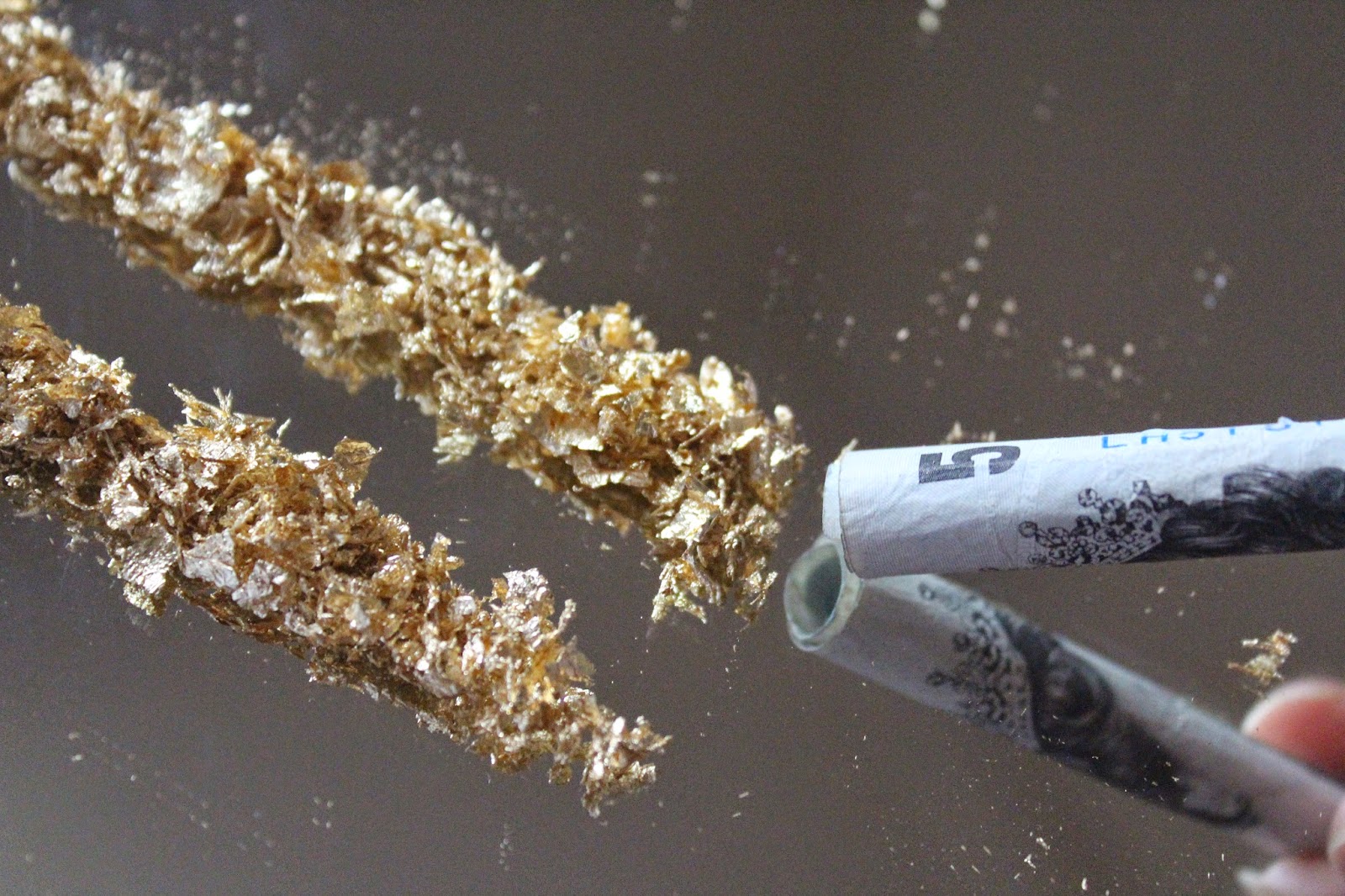 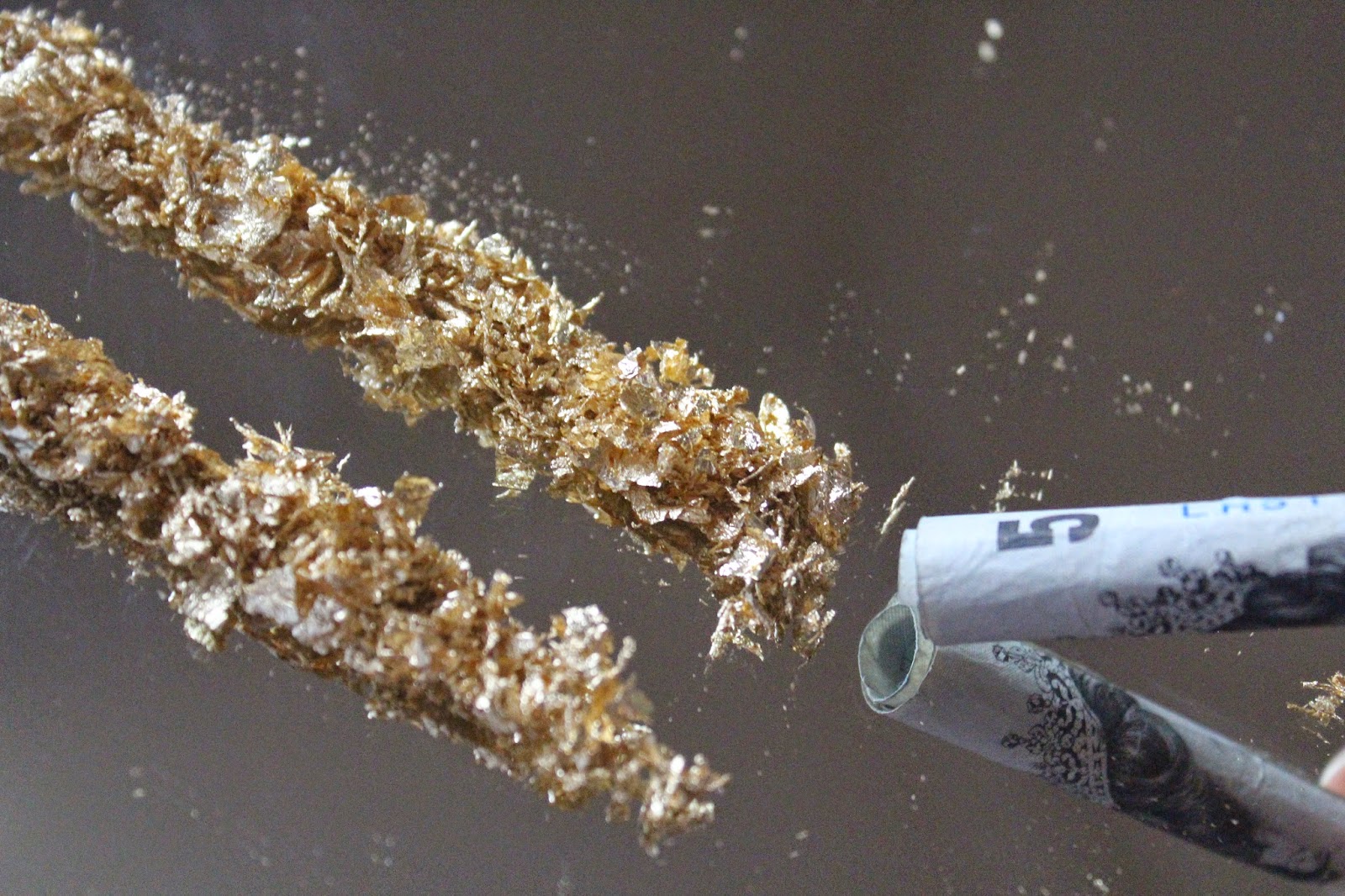 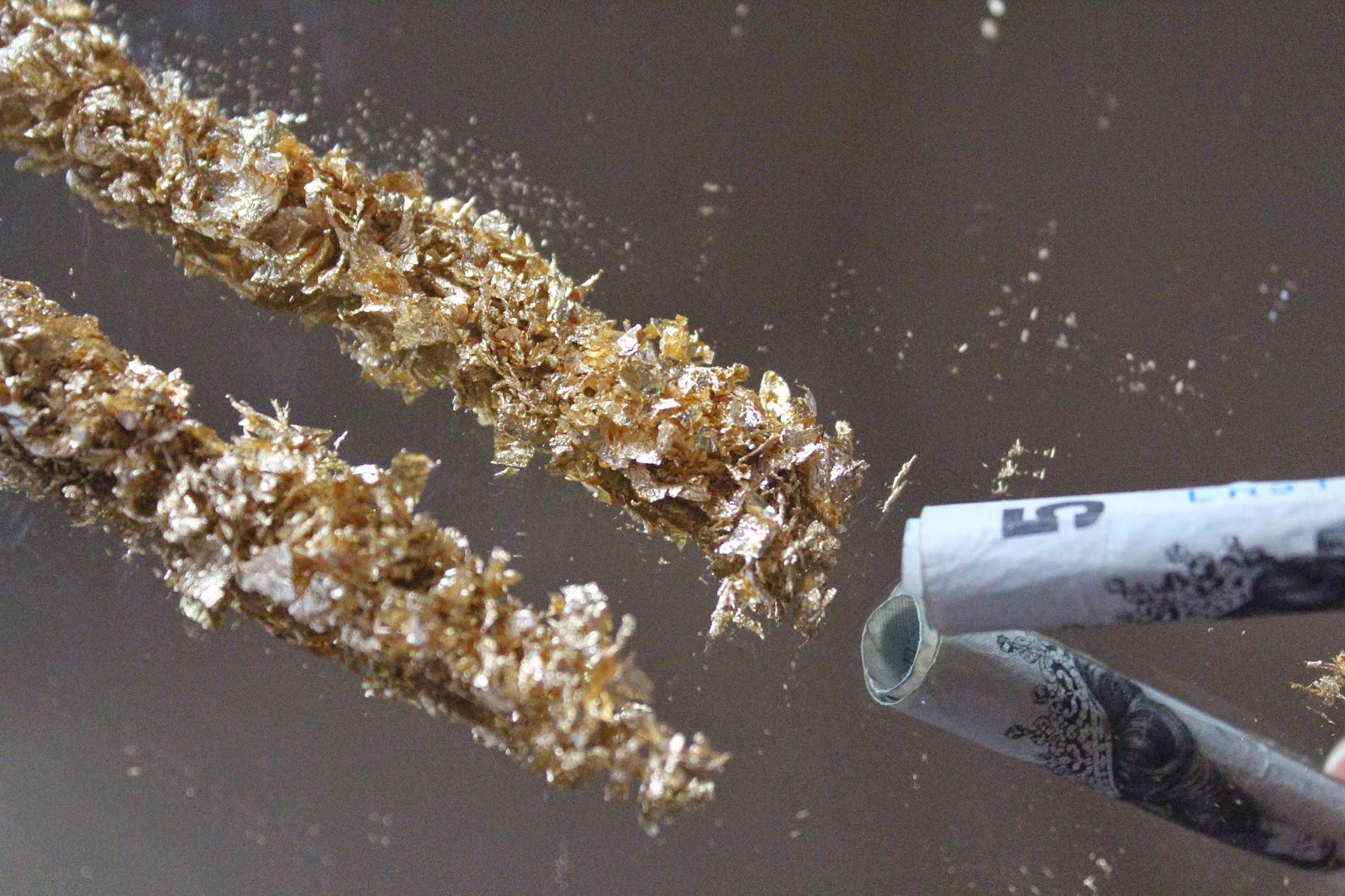 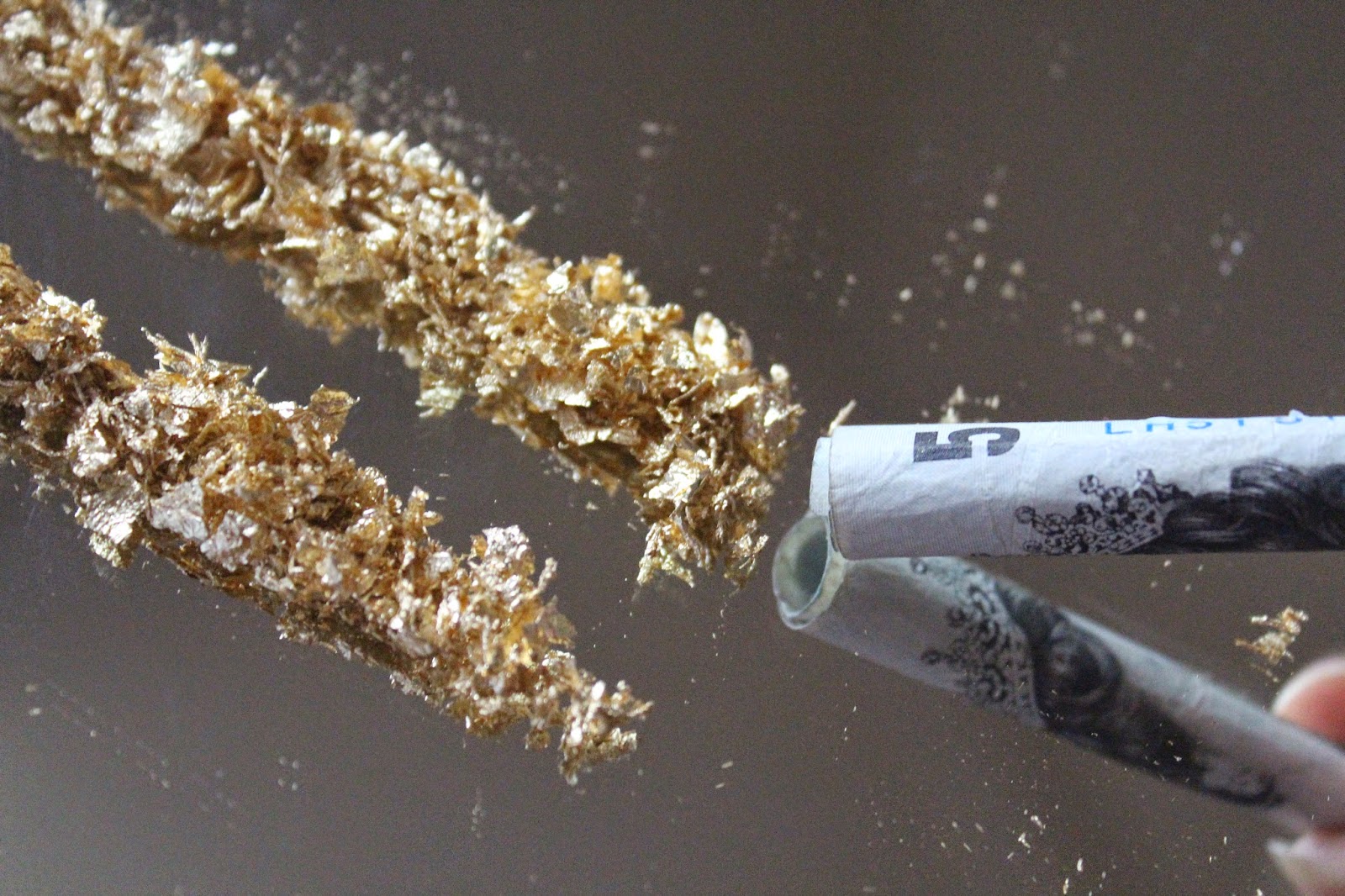 An image that naturally evolved out of shooting is the one shown below. I think it needs the context of the other image to make it make sense but I thought it might work as a back cover for the full jacket design. For this shot I put on a small pearl earring and lipgloss. I thought it should communicate the idea of appearances and a maintained image (to fit with the theory). 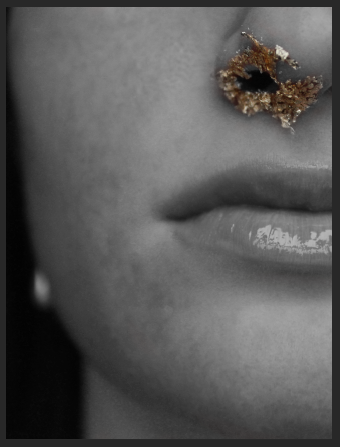 This process was a huge but hard won success. Although it took a while I am really excited about tis cover and want to pursue it further in digital mock up form and hopefully further if all goes well.