After the previous post I put the designs so far onto facebook and got some feedback. (we have a crit group with the whole year group which comes in handy when you aren't in college.) I got some great and specific feedback which backed up some of my concerns. 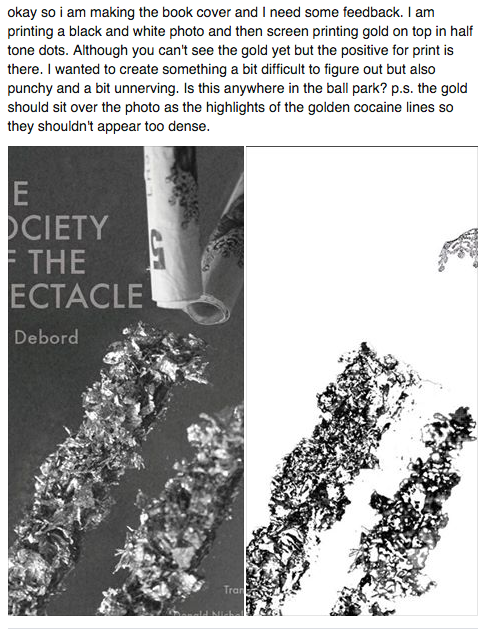 It was suggested that the type should come into the gold layer of the design so that it doesn't fall too much into the background. 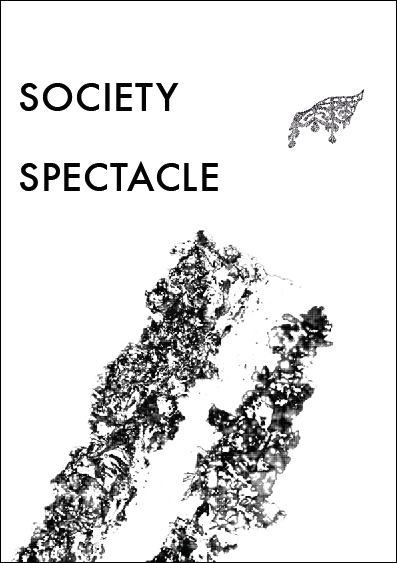 I considered just a few letters but the idea that makes the most sense was to have the words both society and spectacle in gold. They are the active words of the title and the words that communicate most about its content. 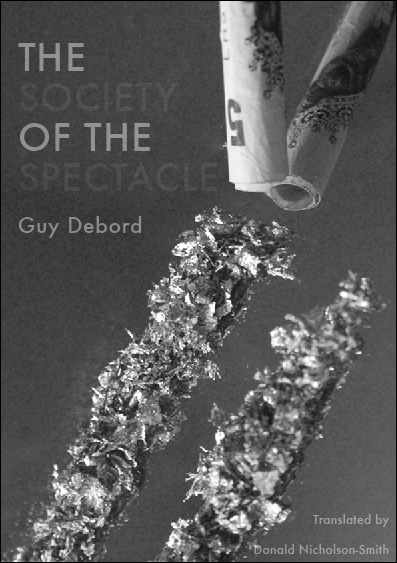 On the photographic print layer of the design I reduced the opacity of the gold parts down to 10% so that when it comes to screen printing and lining up the two designs it will be a bit more forgiving and it may not have to be totally precise. 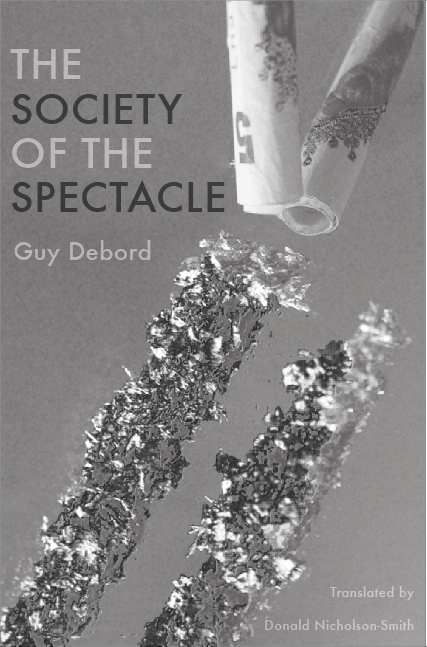 It really shows when you overlay the positive and the photograph hoe the gold text creates balance in the design. 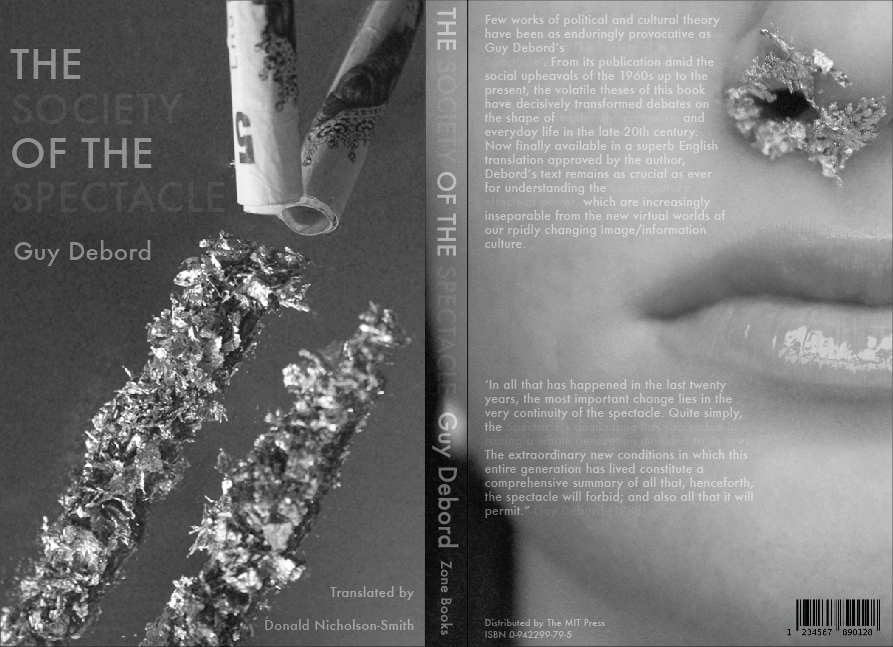 I tried out the other image on the back cover and the spine design. allowing the image to bleed onto the spine made sense because of the way it makes people interact with the book on the shelf. The spine is the first thing you see and when you pick it up the image pulls your eye to the back and the blurb acquainting the reader with the content of the book. 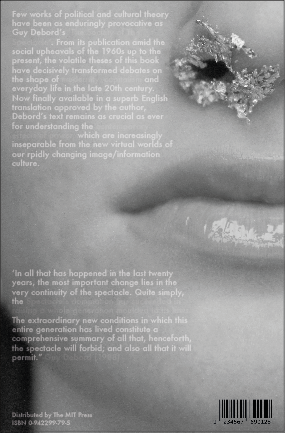 After another crit it was said that the back cover should have more space so I moved the lower paragraph down to allow the lips more space and this really changed the feeling of it. It feels more open and pleasant.

I felt it important to look at the different sections f the book separately to get an accurate idea of the finished design in print. I am surprised by the fact that I really like the design without the gold layer and just with the opacity change. I will try both outcomes in print and evaluate again at the end.