This brief asked us to create a viral campaign stimulated by the the words read more. When we first started chatting we wanted to define where to go with this by analysing the different types of reading such as reading expressions or lips as well as the traditional reading and the different formats that can take. We also discussed the fact that we felt the most successful viral campaigns had a humorous side which made people want to share them and that possibly the basic age target audience for a humorous campaign is most likely to be 18-30 because it is the widest possible with the sense of humour still being mostly similar. Any further and a large shift in what people find funny tends to occur. 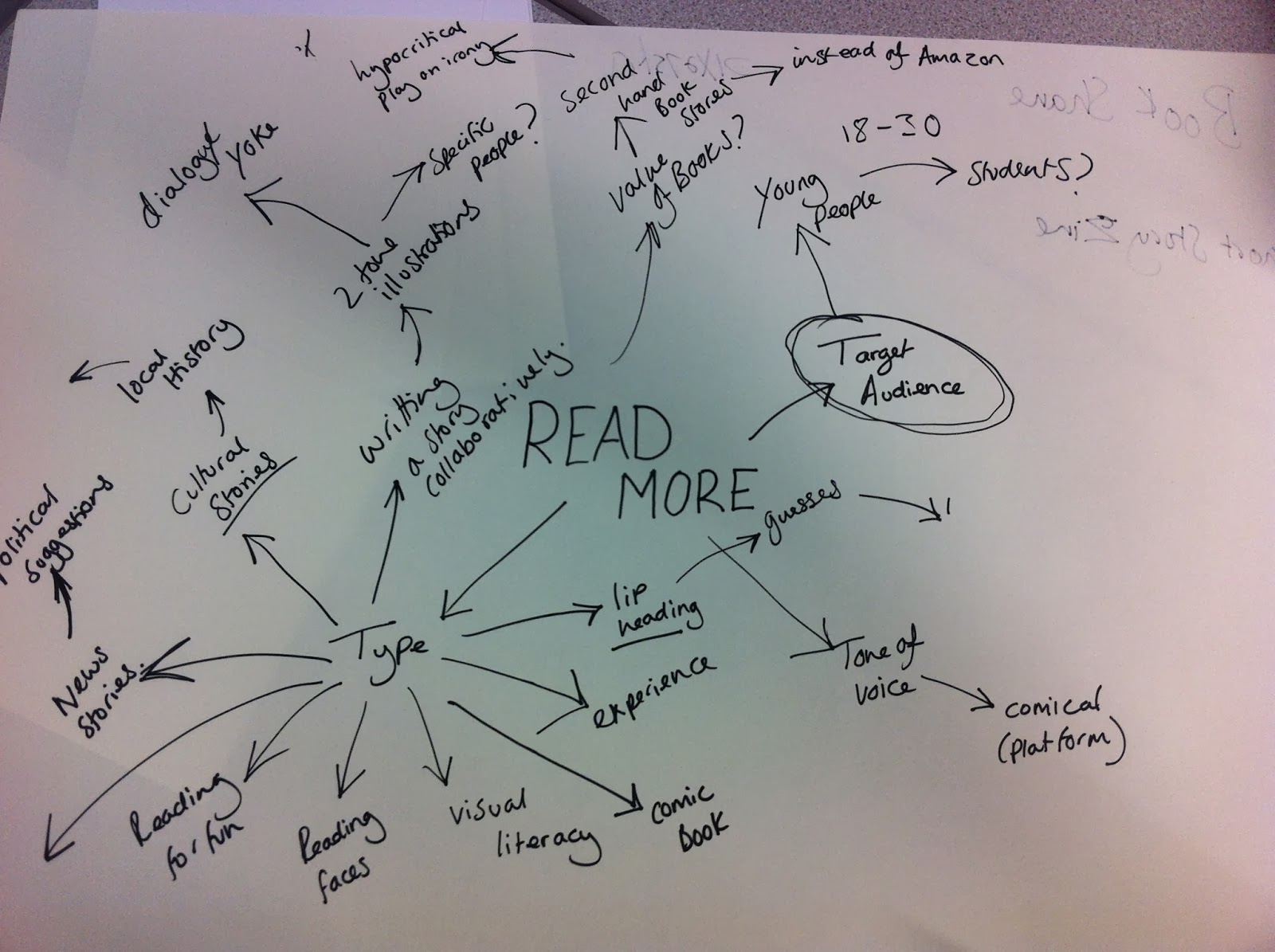 Once we had discovered the most promising themes we divided up the areas of research but also identified areas such as general viral campaigns good and bad that we all needed to do. We ask agreed that going away and asking people what they most commonly read, in what format they read it and why. This was so that we could start to build an understanding not only of what people read but what the most profitable platforms might be for a viral campaign.

We also considered the connection between reading and writing, looking at the possibility of creating a story on twitter and illustrating and publishing it in some way. But we decided that each of us needed to go away and do some research and generate our own ideas and come back to it fresh. So we made a list of all the areas we wanted to start researching so that we could come up with a message when we next met. The major thing that we all needed to do was to ask people why, how and what people read. 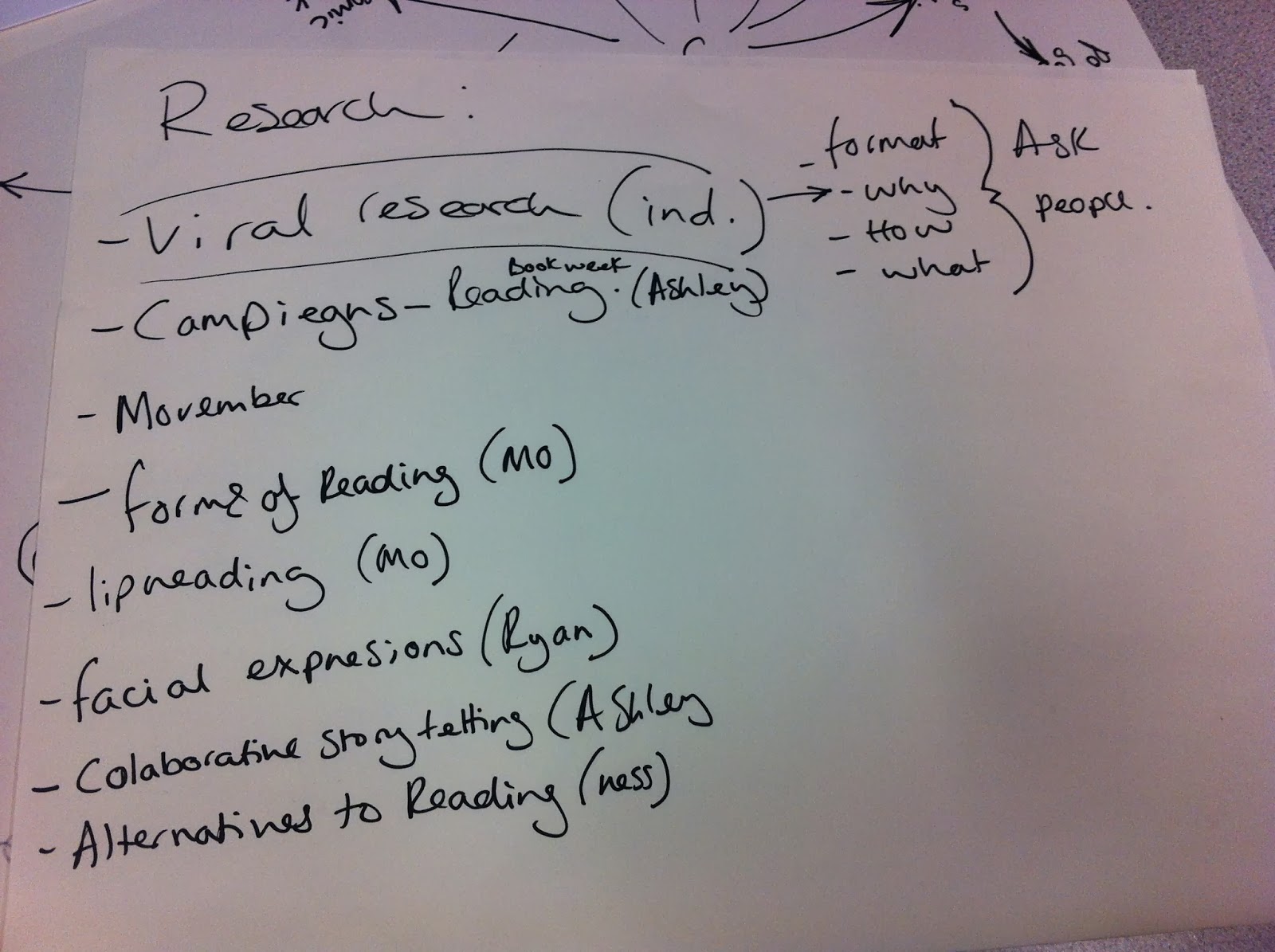 We met again a couple of days latter and found that we weren't getting very far with the facial expressions idea or lip reading. The problem was that we needed a message to communicate to give the ideas grounding and purpose. then the idea of dyslexia came up after we started talking about the way reading might improve writing and it seemed like a good direction to go in. Settling on this has created a starting point for the specific campaign ideas to grow from and we each said we would go away do our own research and ideas generation. 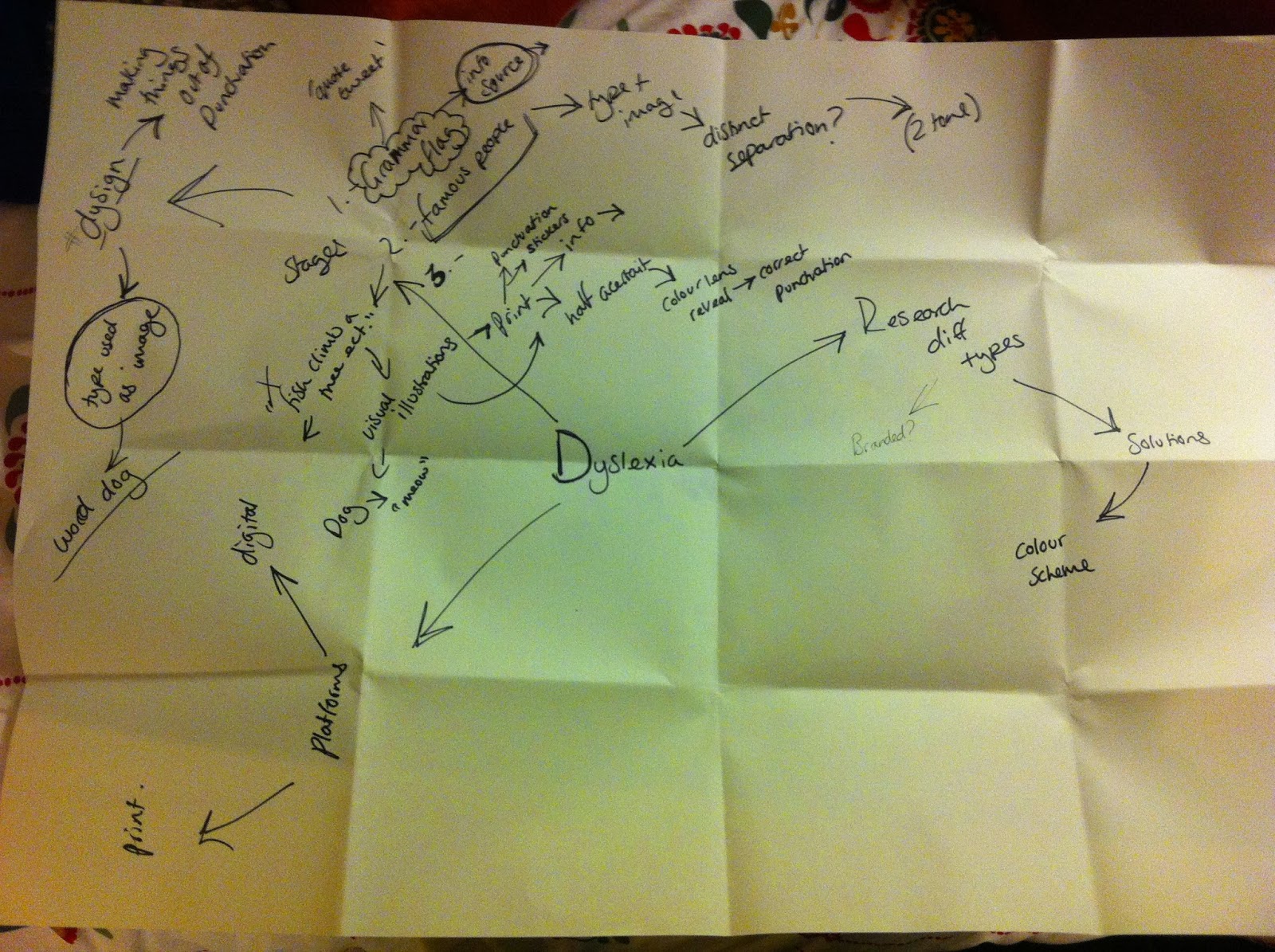 Perhaps not an idea that we take to the end but something that has stimulated a lot of further ideas is using twitter to retweet spelling and grammar errors in an effort to cite the fact that it is something that happens to everyone. this idea has helped the message crystallise although we may not take it further. What we want to aim to do is reduce the stigma that surrounds dyslexia in an effort to remove the negative connotations of stupidity that are simply incorrect. 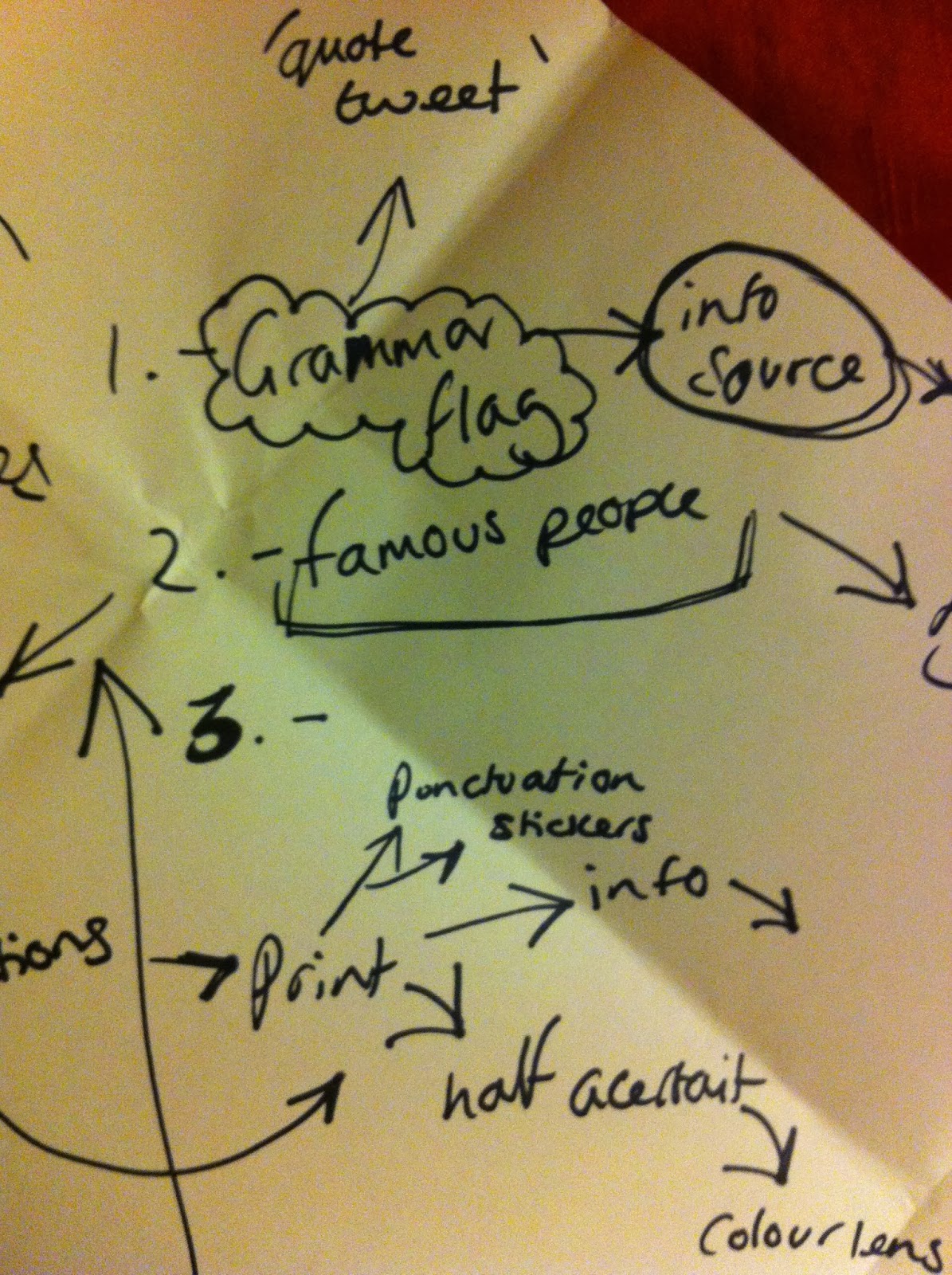 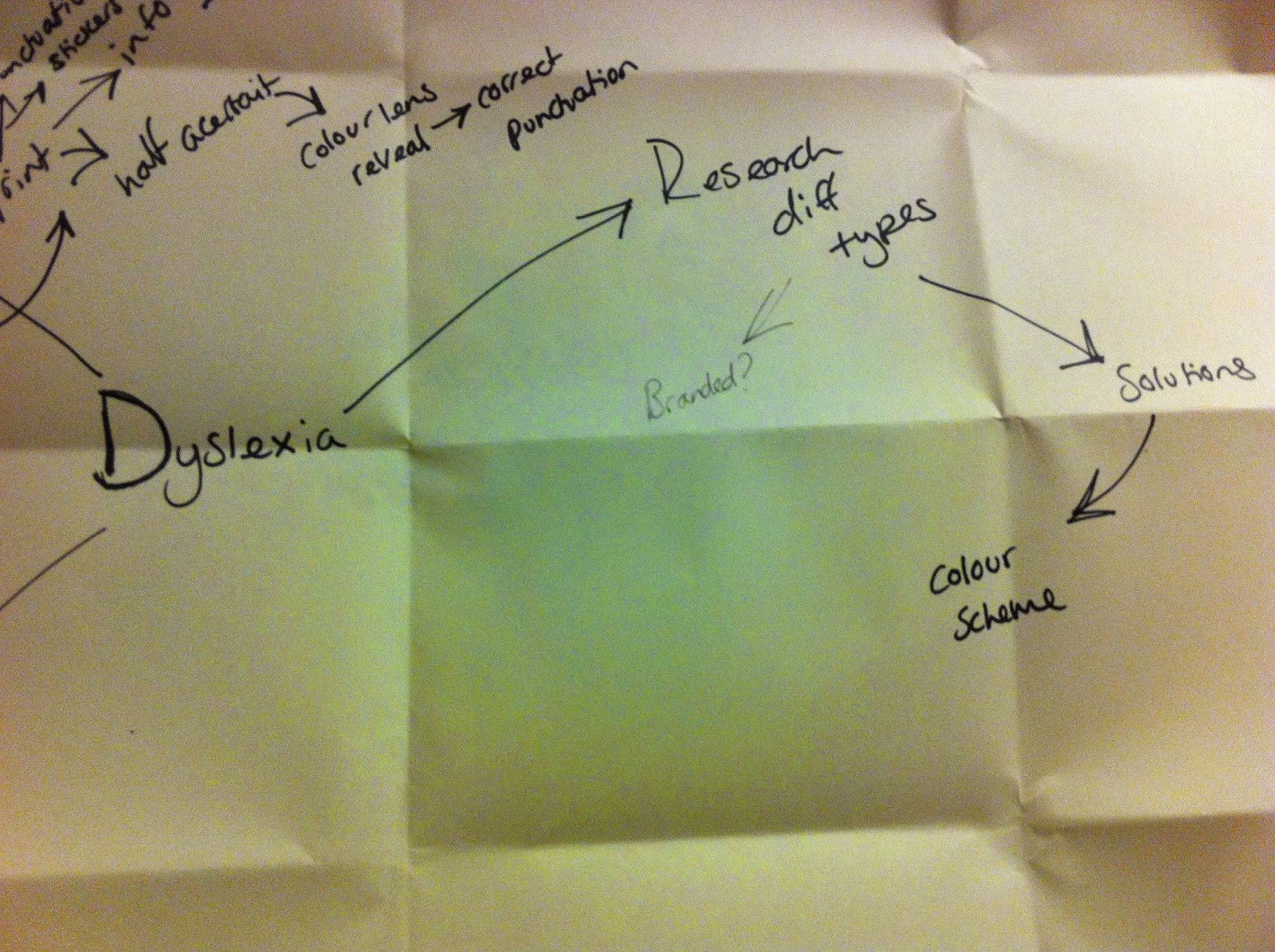