For the crit I laid out all of my sketches as can be seen below with a page at the centre with the three main concepts that the designs sprung from: cause and effect, Darkly appealing and complexity and depth of meaning. 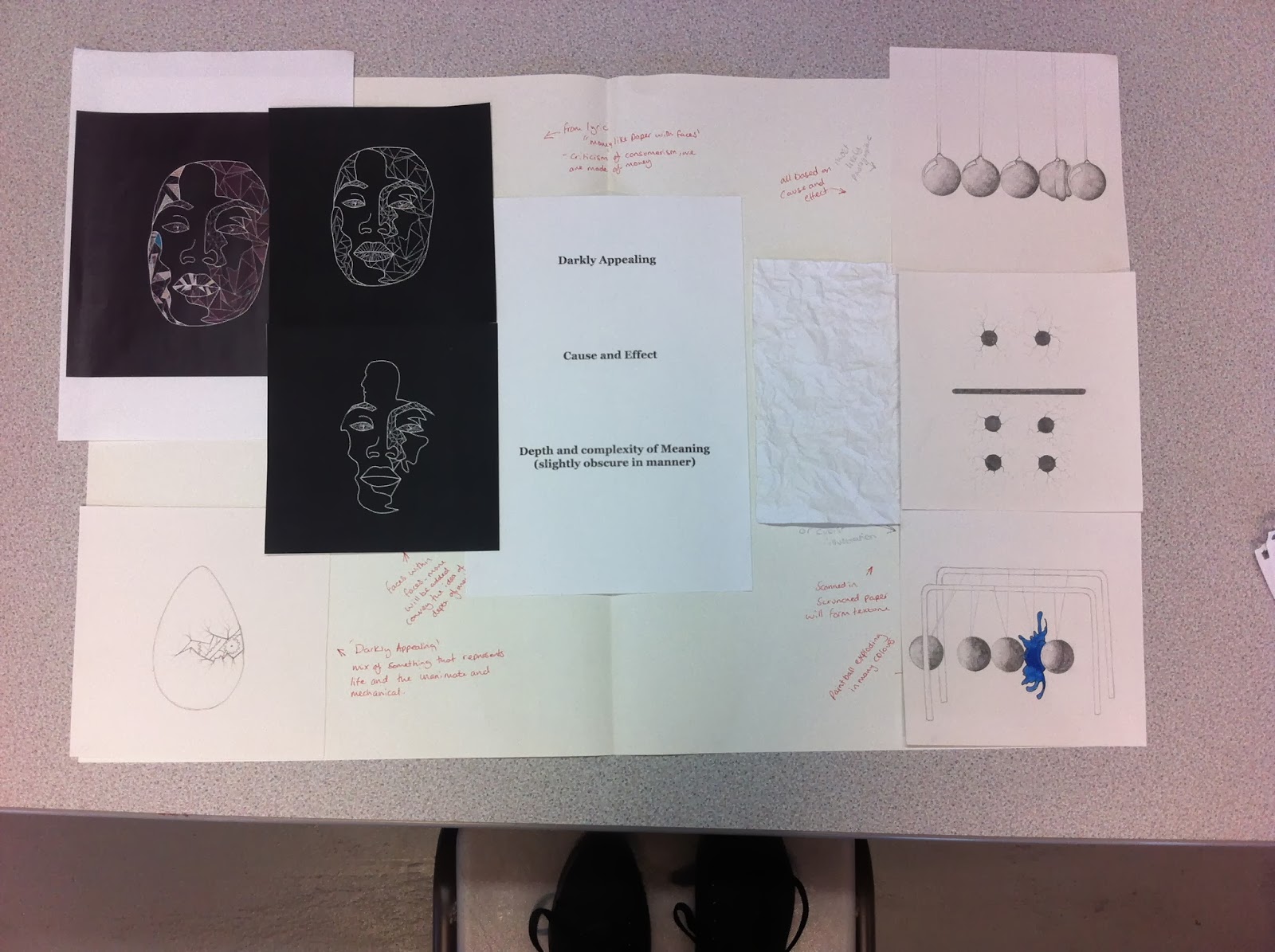 After previous crits I found that showing the research that leads on to the designs really helps people give more effective feed back so i produced simple design boards to place alongside my designs. 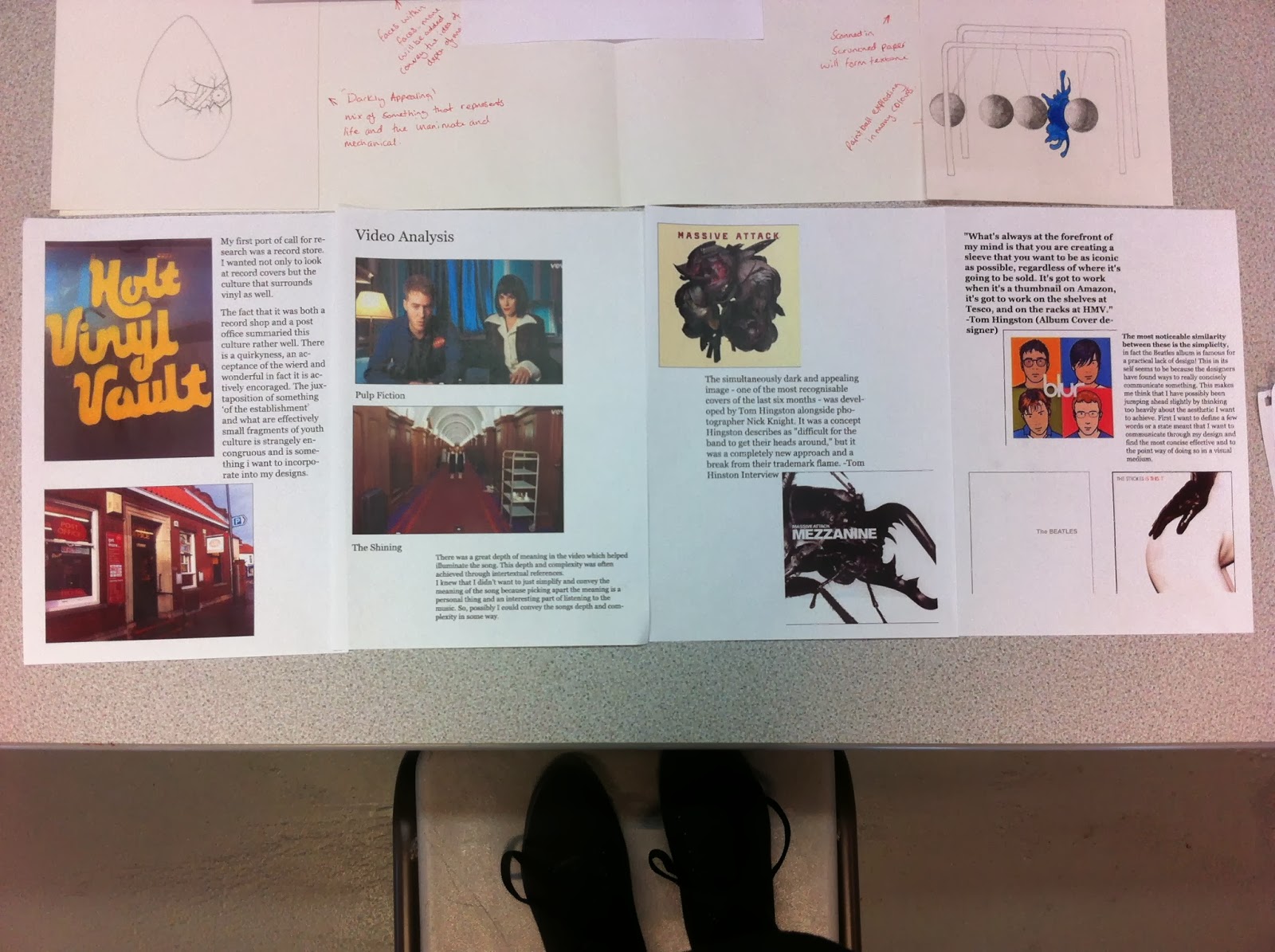 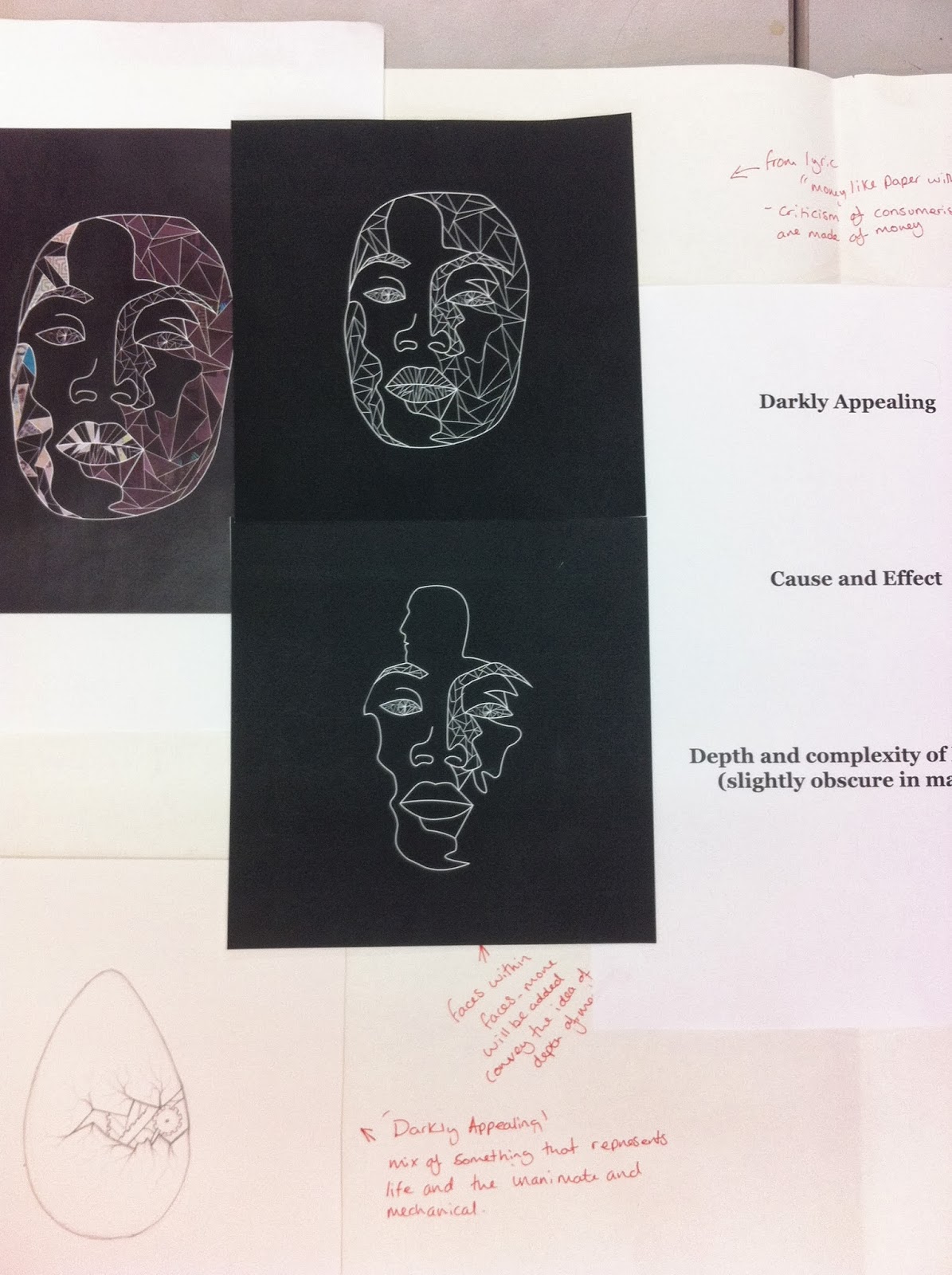 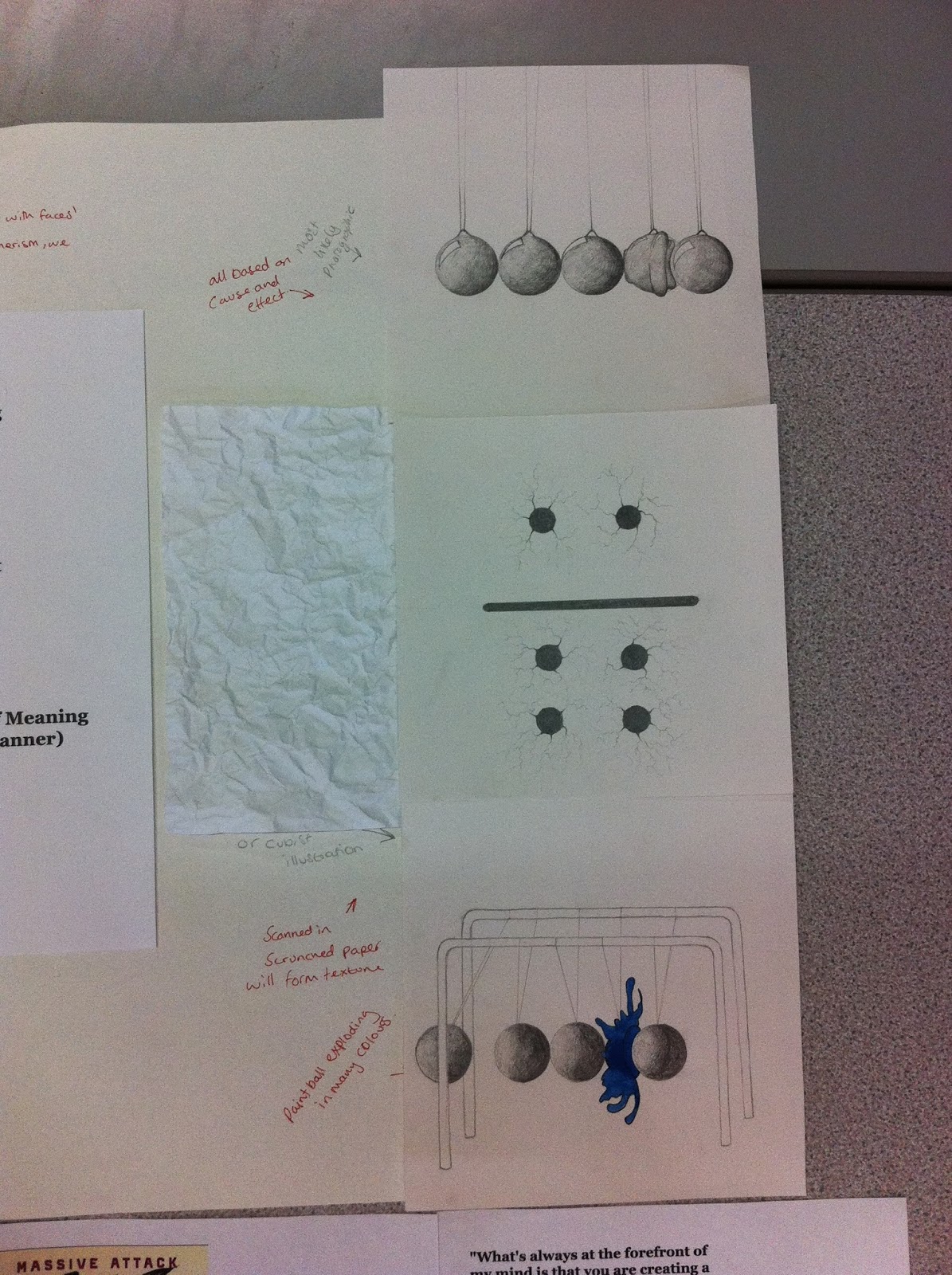 The questions I asked are as follows:
- Which of these ideas, if any, are worth pursuing?
- Does the newtons cradle idea work as a symbol of cause and effect?
- I have attempted to create a simple iconic aesthetic- has this been achieved/ How can I improve on this?

1- I think the cause and effect is the best concept as it is certainly how I interpreted the song.
2- Yes.
3- The newtons cradle could be done in a more striking way, the top design looks best but the balls could be larger and more central ? looks good though.

1- Hello, my favourite designs are the two black and white ones that just use black and white. The idea of a face within a face is very strong and you should continue this.
3- perhaps try layering the same image over and over to create some type of movement or weirdness- well done keep going.

1- newton's cradle idea is really nice, links to karma, everything has a consequence, looks nicer when you only see the bars on the string.
3- Photograph this against a very white background.

1- really like the face with the head, the body in it works really well as an illustration. However, I also like the idea of the newtons cradle where the melting ball stops the effect working.
3- is there anyway you could link the two together in one piece?

1-White face with no colour just lines is very strong, very effective.
2- Top newton's drawing looks far better than the others.
3- actually producing them rather than sketching would improve them.

3- (Newton's Cradle) You could get one and photograph it? but that's a lot of effect. I think it can be done in a really striking way though and reflects cause and effect/Karma.

Conclusion:
The two idea that attracted the most attention were the faces and the newtons cradle, these are the two that I am going to pursue further. I also want to look into representing the two ideas in numerous different ways using photography illustration and even screen print to try out a range of aesthetics.