Previously we had been asked to bring three different layouts from different publications. We then overlaid them with tracing paper and attempted to pick out the grid. The grid below makes use of columns rather than  many squares or rectangles (modular grid). What surprised me was the way that even when images are breaking the grid (on an angle) they are doing so by exactly the same amount. Although at fist glance this layout may not seem very similar from page to page the alignment of aspects from one page to the next appears when the gris is drawn in, clearly linking the layouts visually. 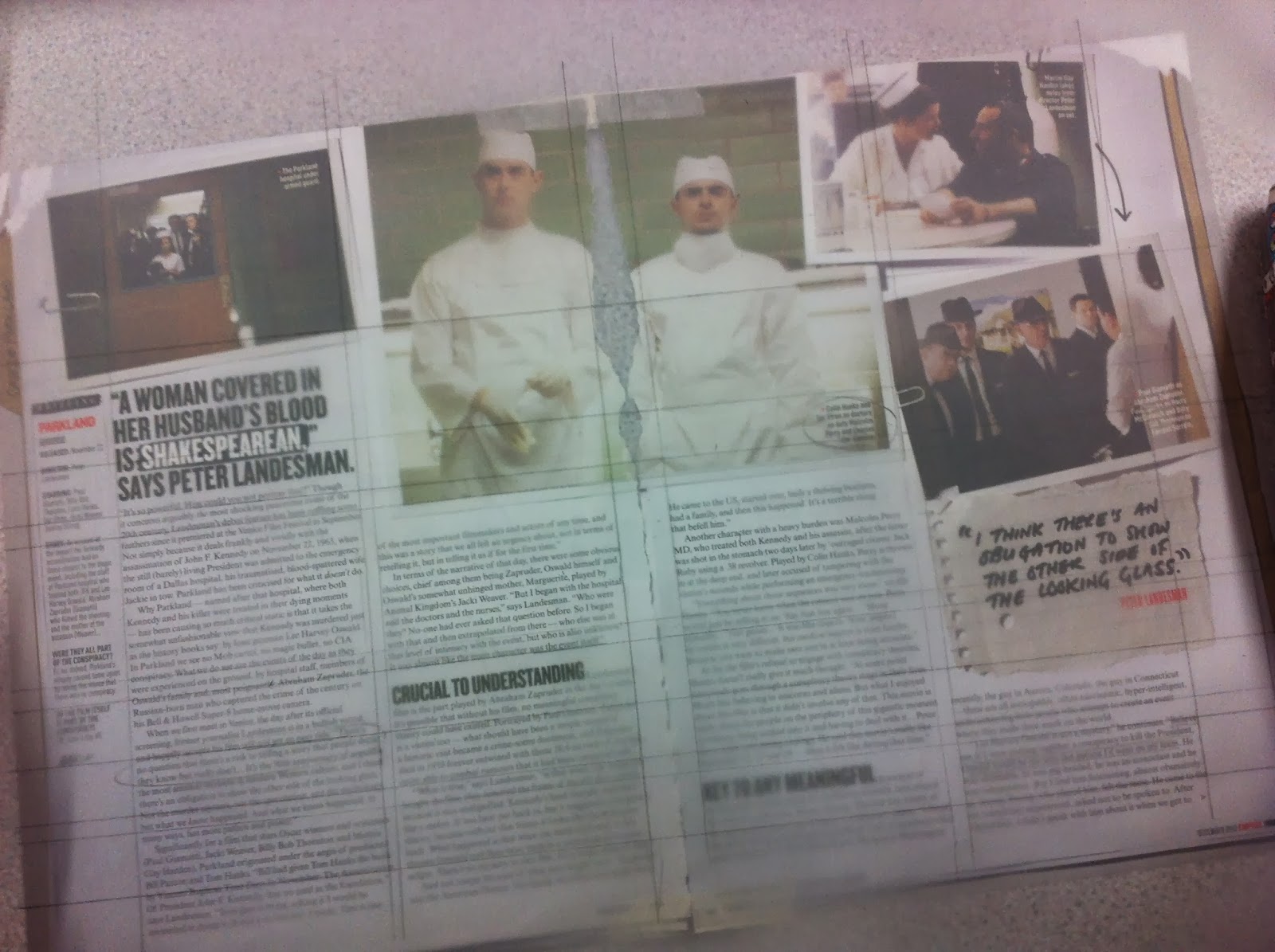 Sometimes the layout on one page did bot continue to the next in any way. this seems to be because there is an advert and its purpose is to grab attention. If it did follow the same grid as on the verso tun it would sink into the background much more. The grid here is slightly more complex than just a column grid. It is decided in the centre and then brought back together again by the thin column on the right of the page, making site the reader gets to the bottom. 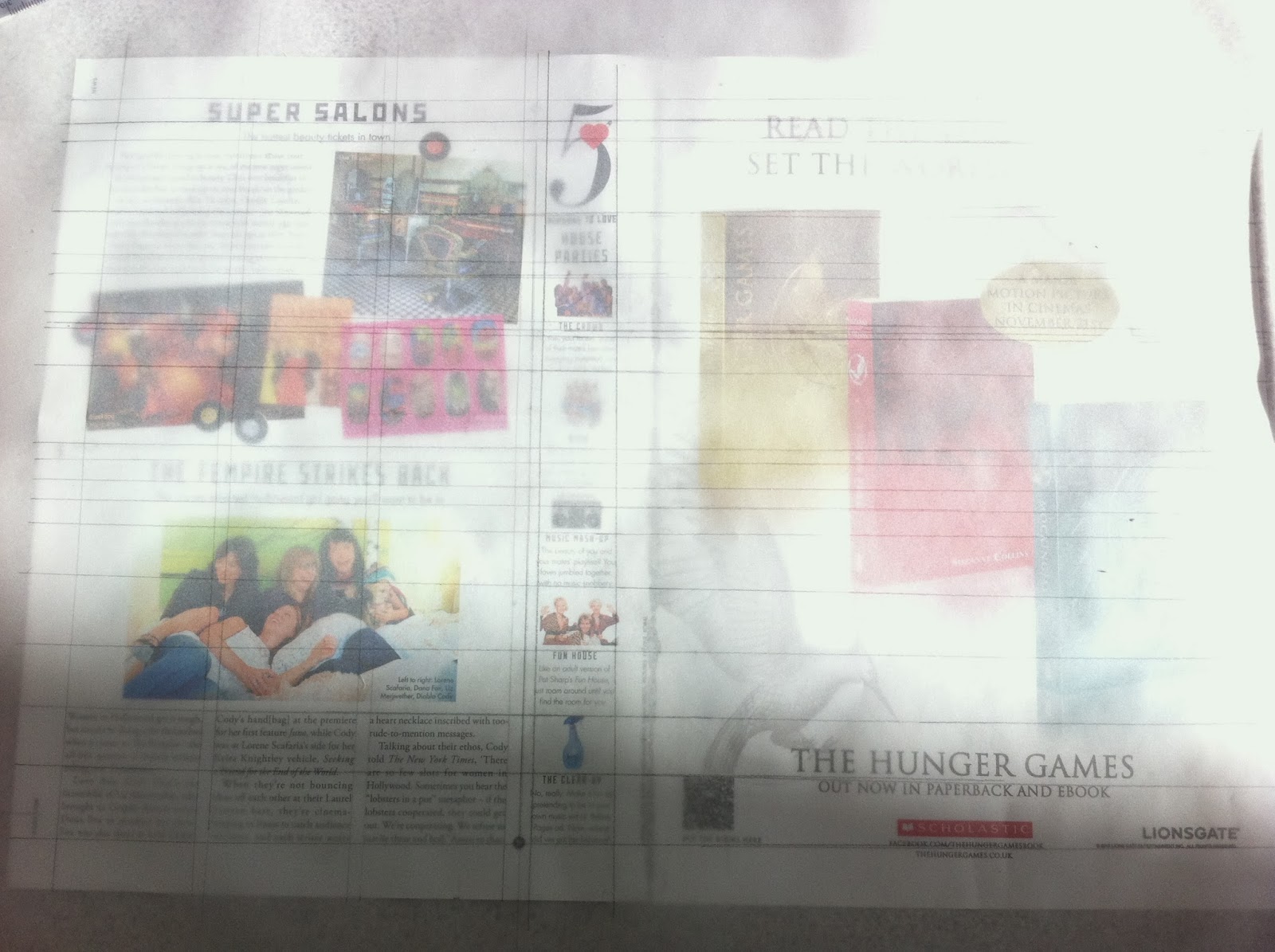 This layout is way busier than any of the others. it seems to be a column grid but with many more horizontal divisions than previously found and in places that don't seem to correspond to one another. This could have been done to achieve the 'collage' aesthetic this is such a sign post of gossip magazines 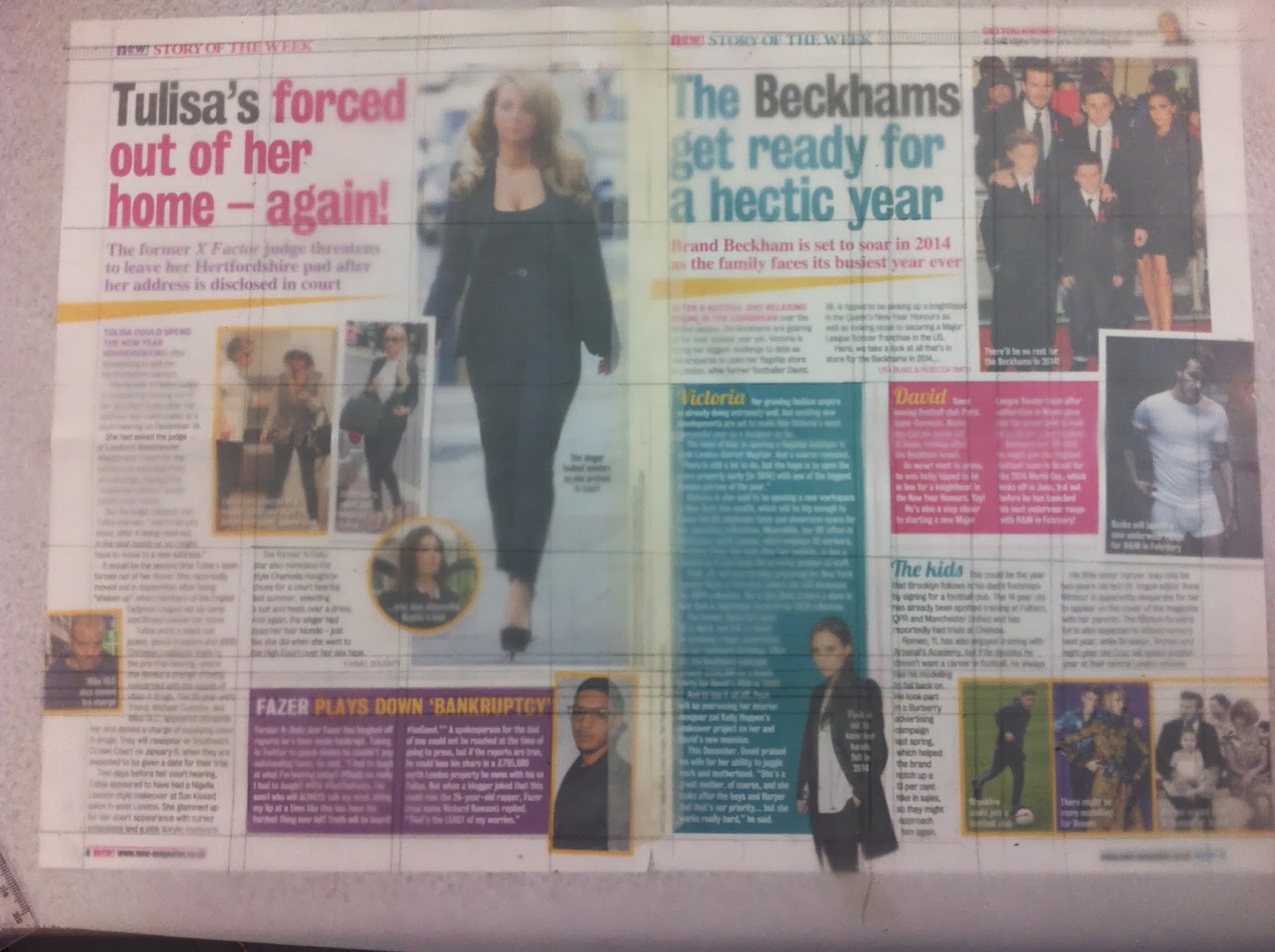 Sometimes aspects align but mostly not. The rigidity created by these sparse horizontal alignments is then distorted by the odd off balance photo. 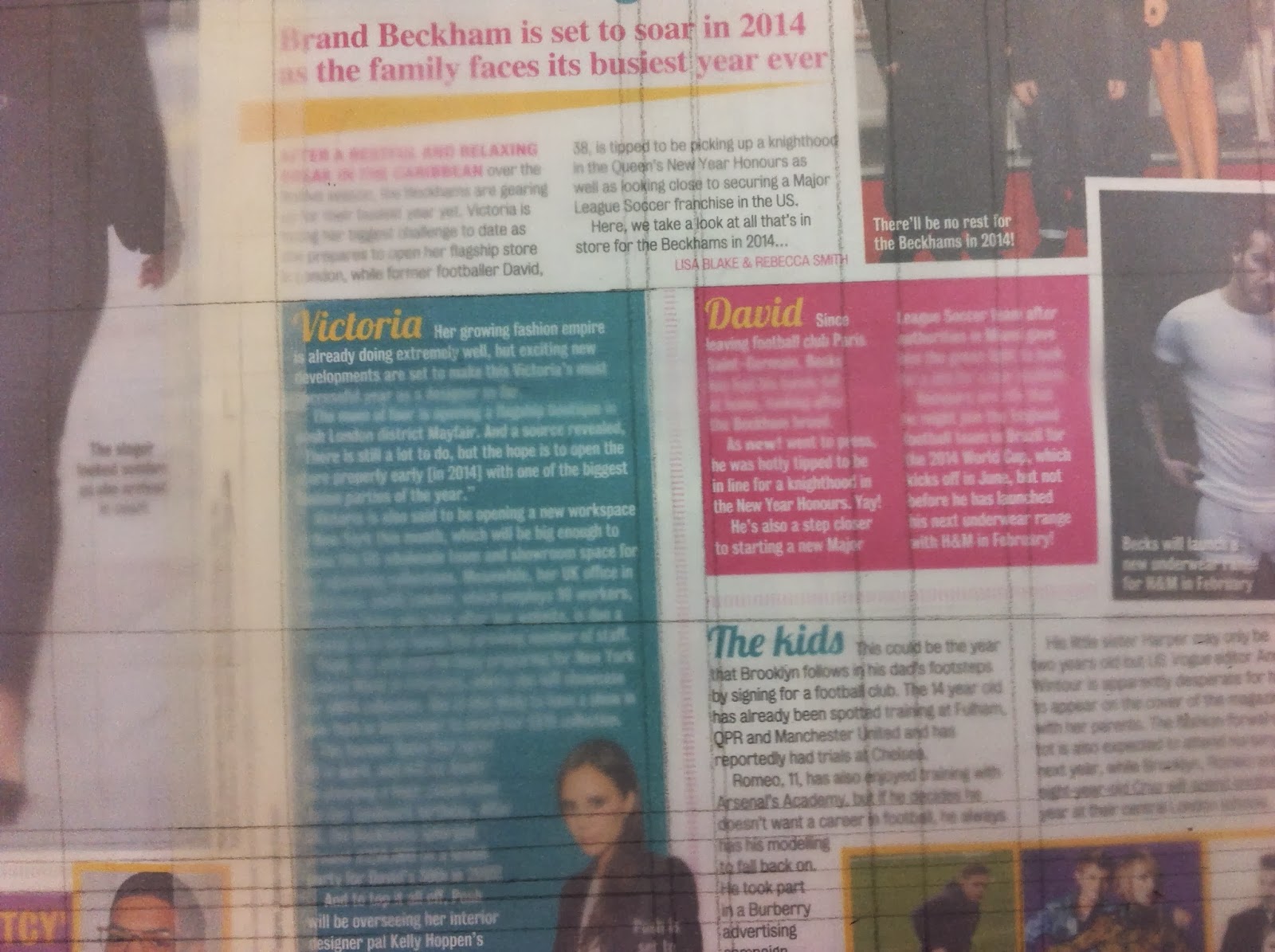 Subsequent to the workshop I did the same exercise with a full magazine to see if there was a grid that was applied throughout to achieve the same look. 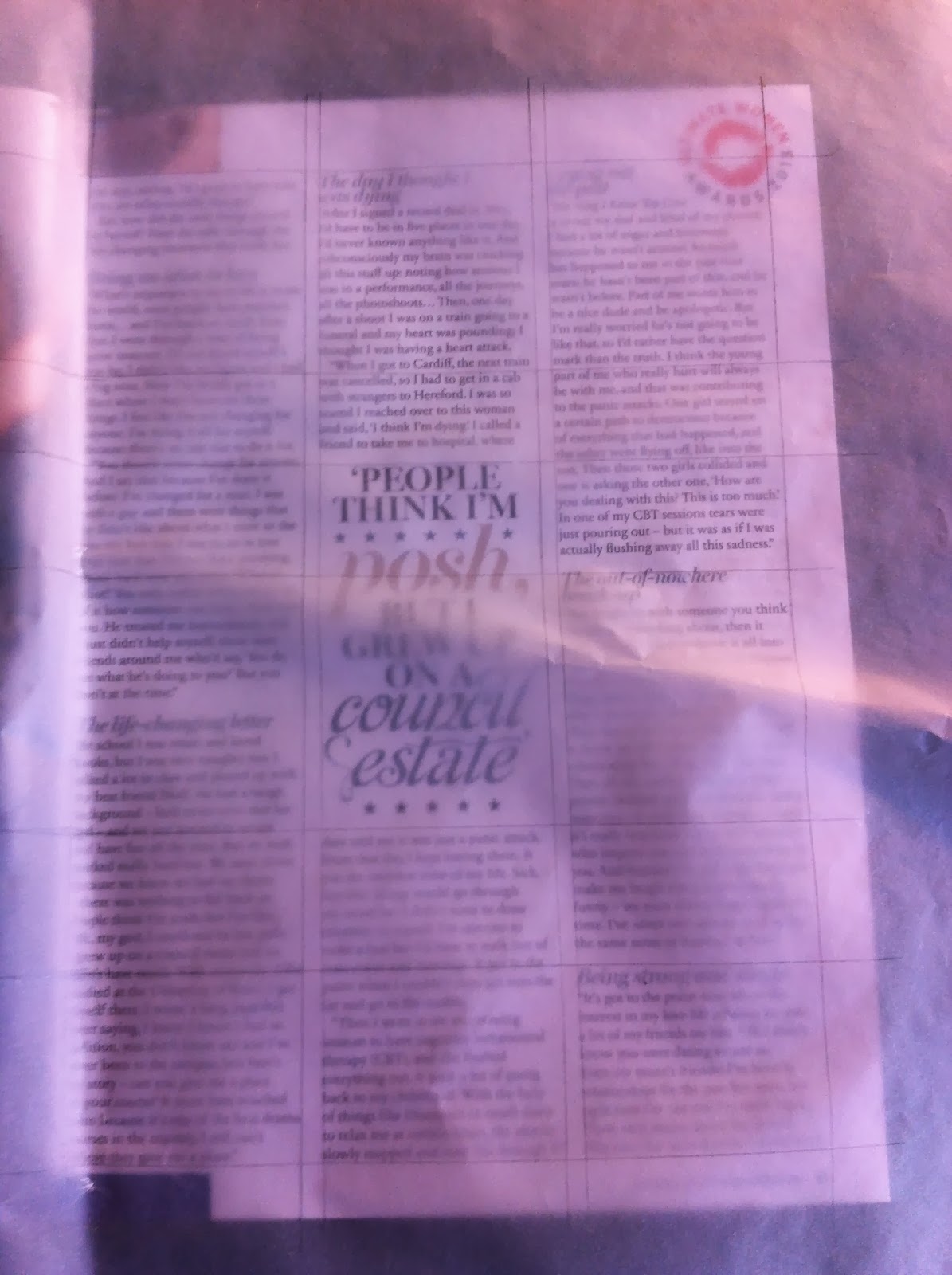 There was a three column grid with some divisions and cross overs usually initiated by photos. Some horizontal alignment could be found but not a lot which suggests the dominant part of the grid is vertically aligned. 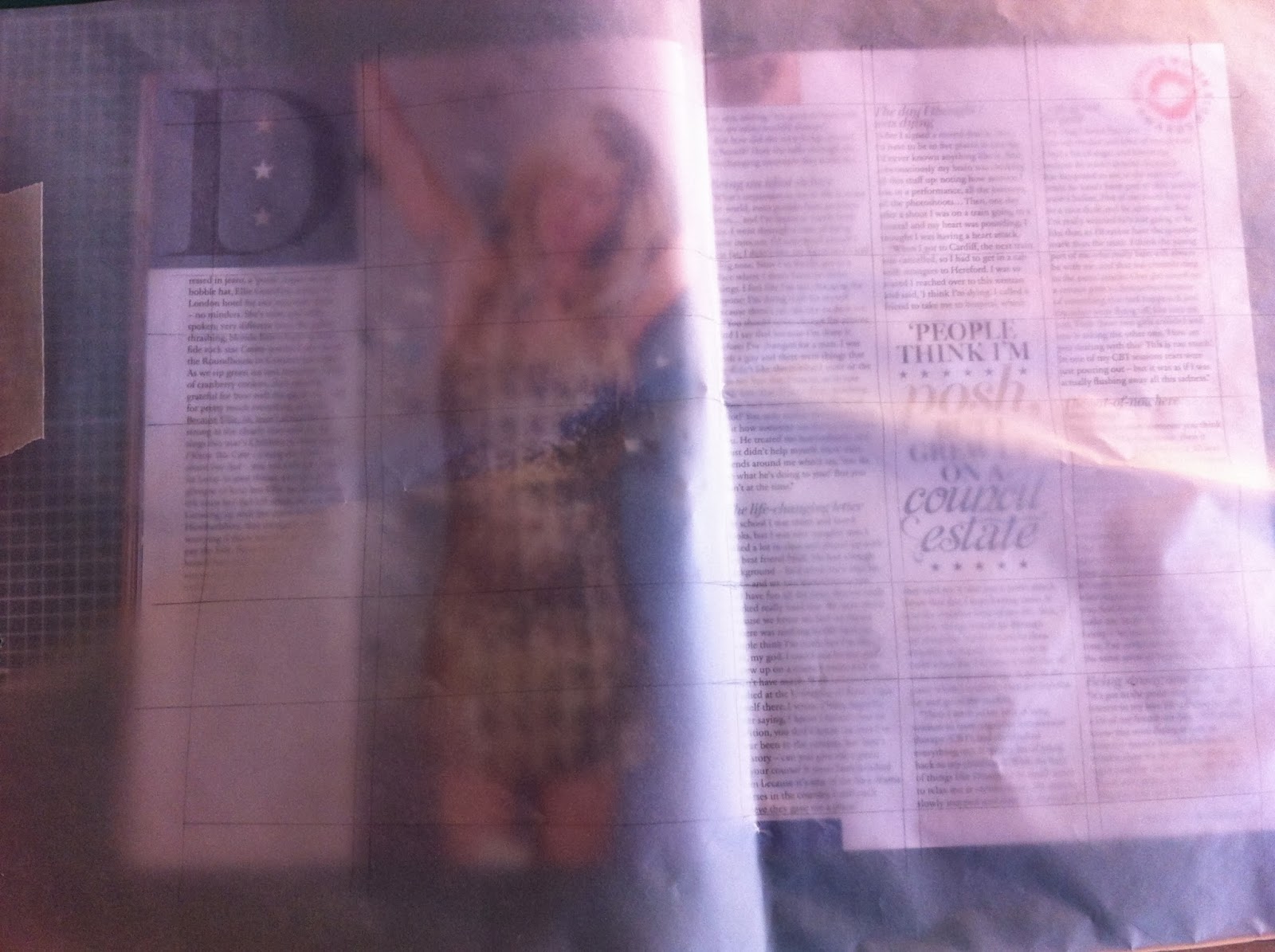 I took this grid and placed it over a few other pages. Although horizontal lines varied the three column aspect remained the same. 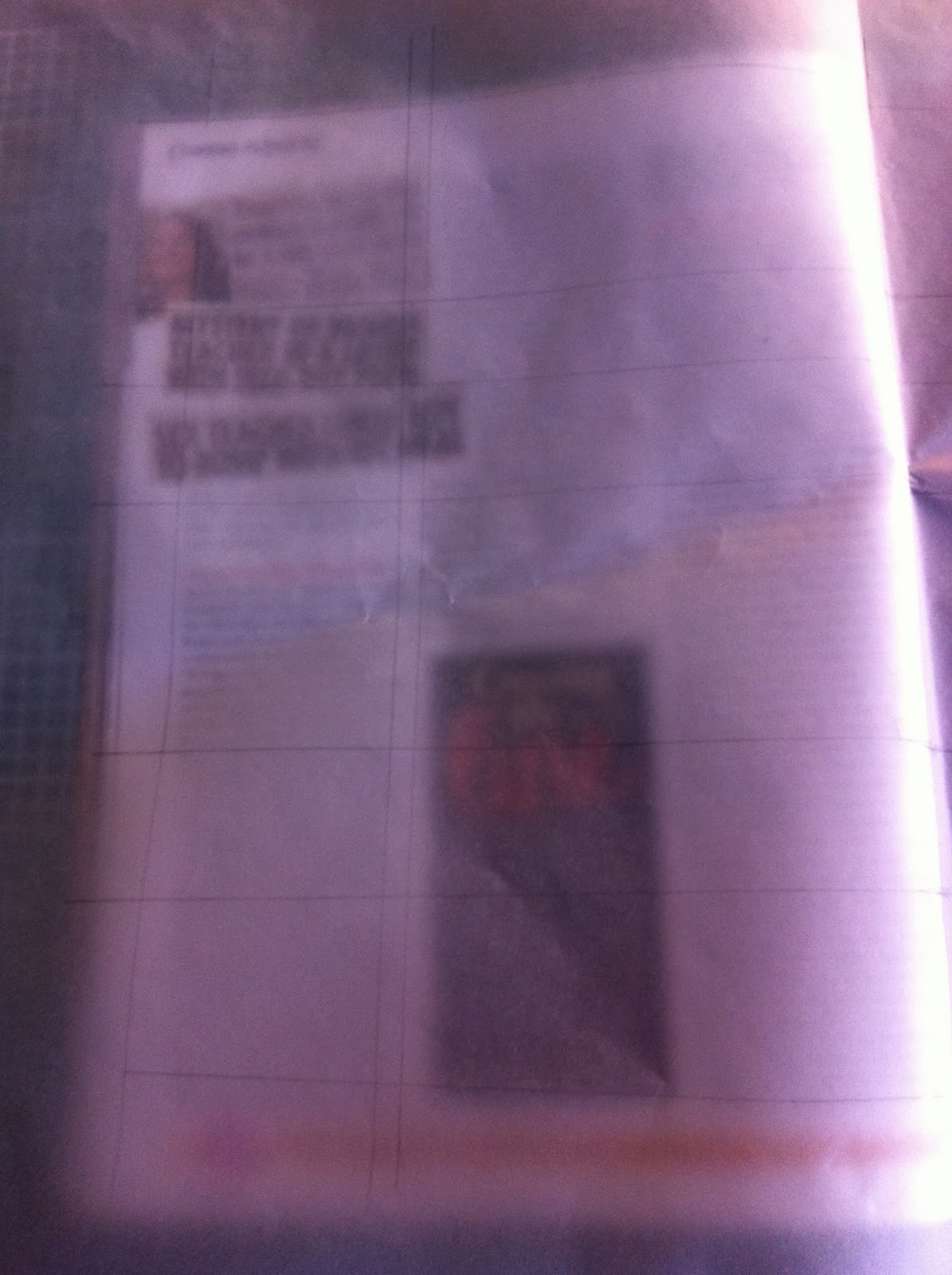 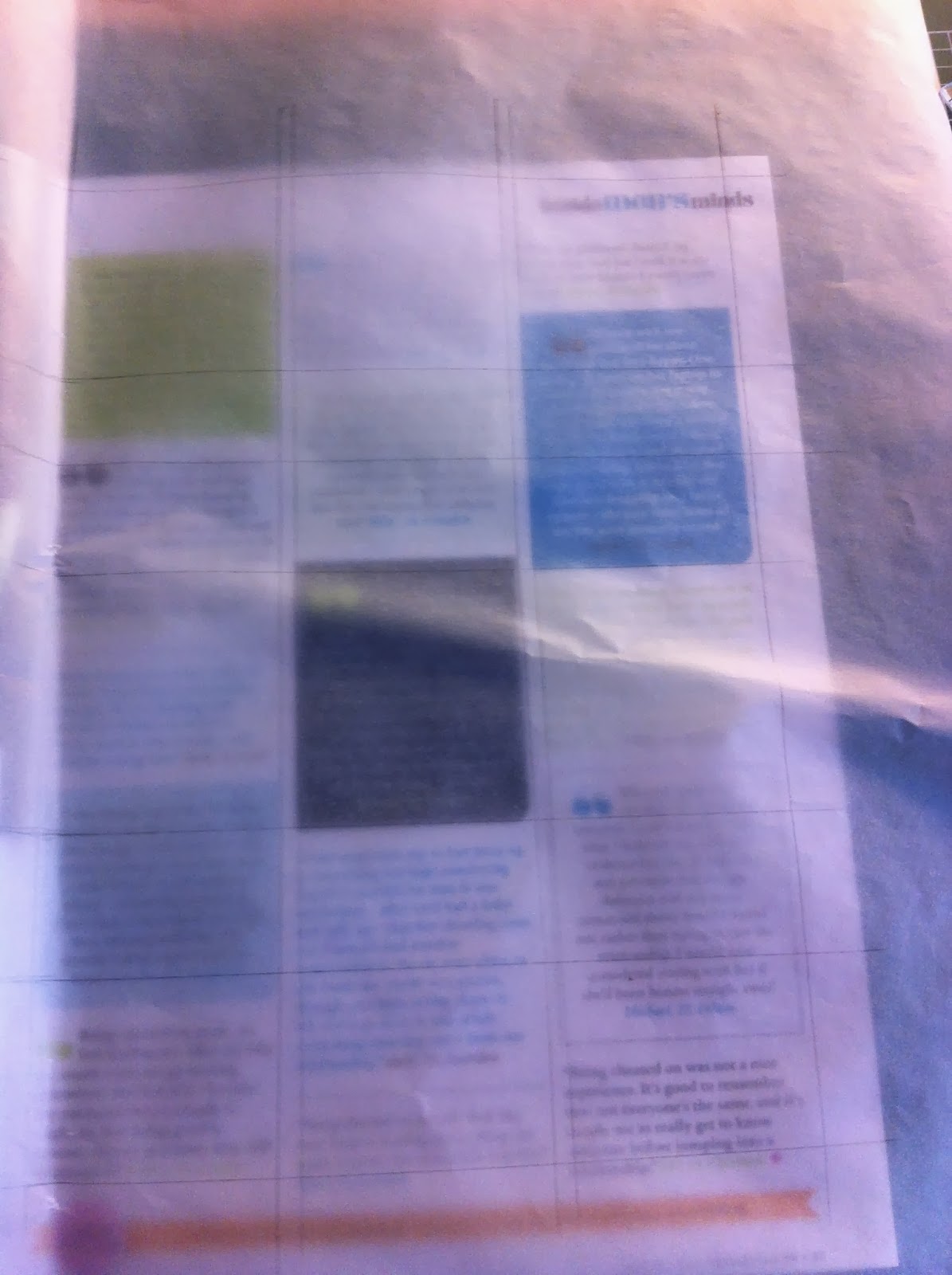 Even on pages where your first glance suggests the page is modular, once I placed the grid over it I found that in fact it also followed the three column plane, it was just the stronger horizontals that were added. 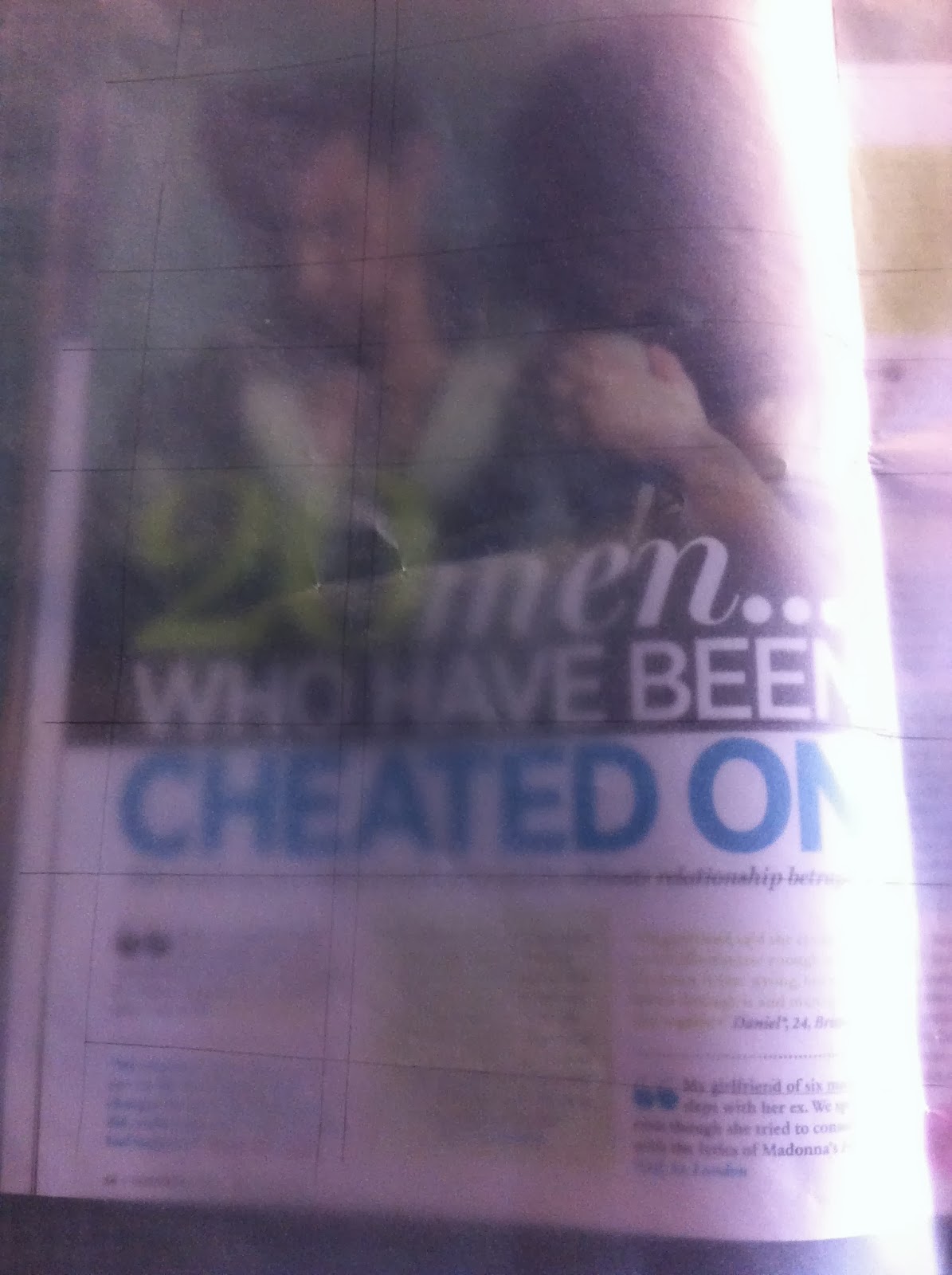 In conclusion the major thing that I have found is that a grid although not always instantly noticed by the uninitiated eye can create a connection aesthetically between numerous designs adding to the collective identity and branding that is so important in good design.