I made the submission of my origami face design as seen below. 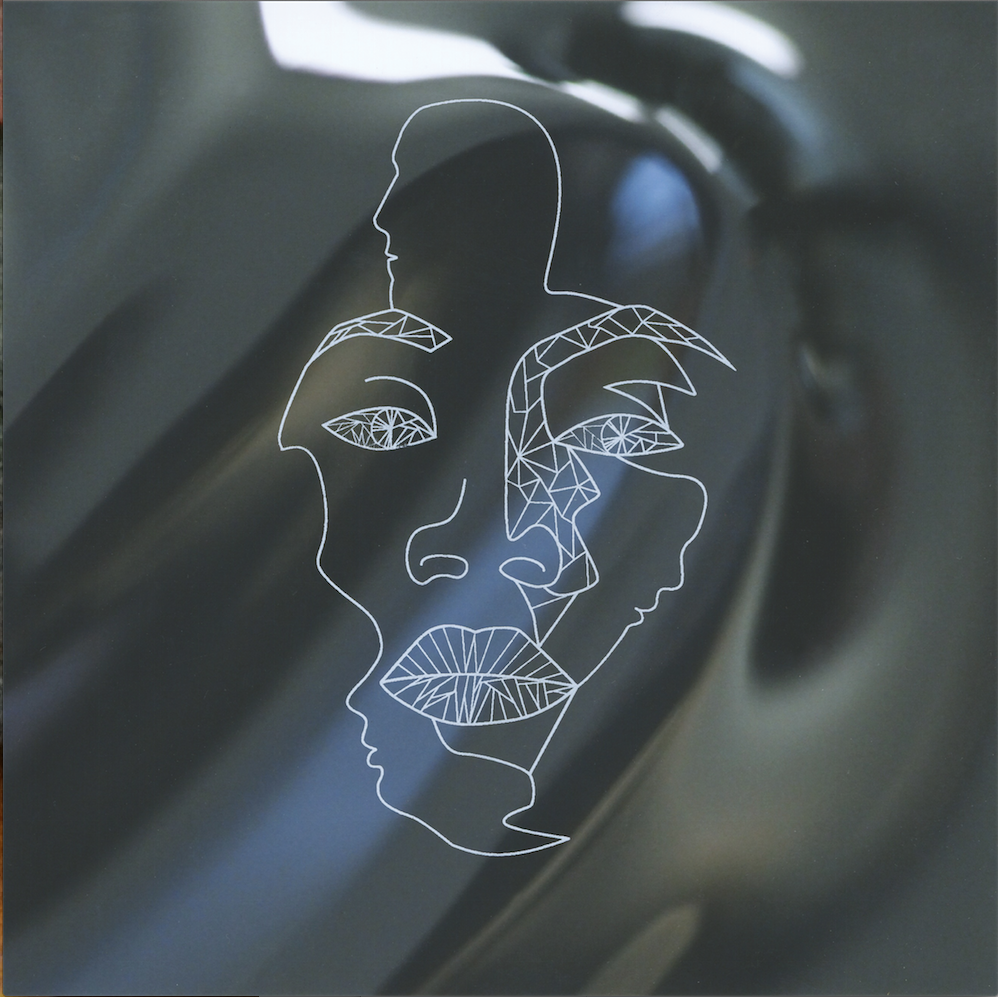 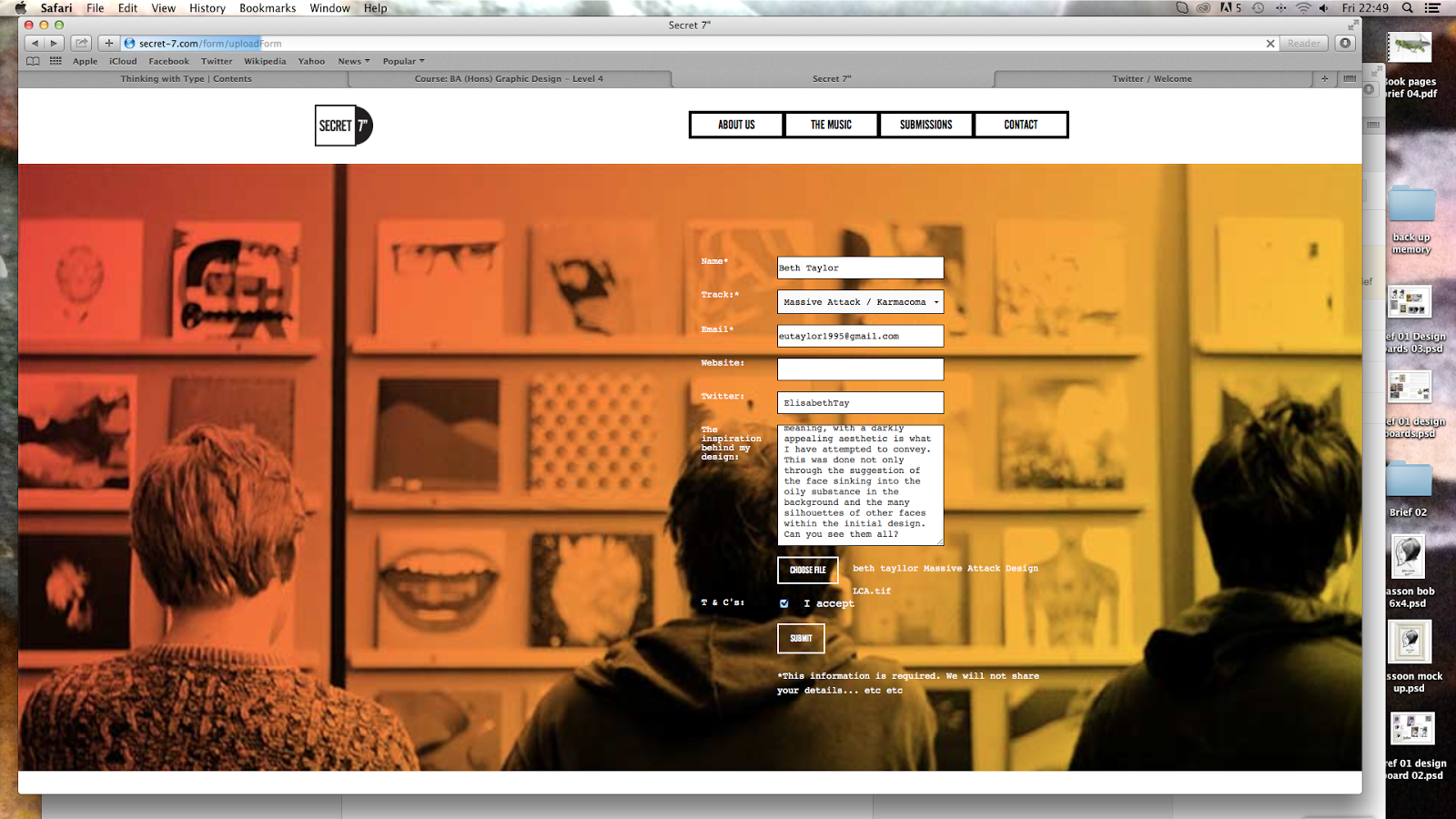 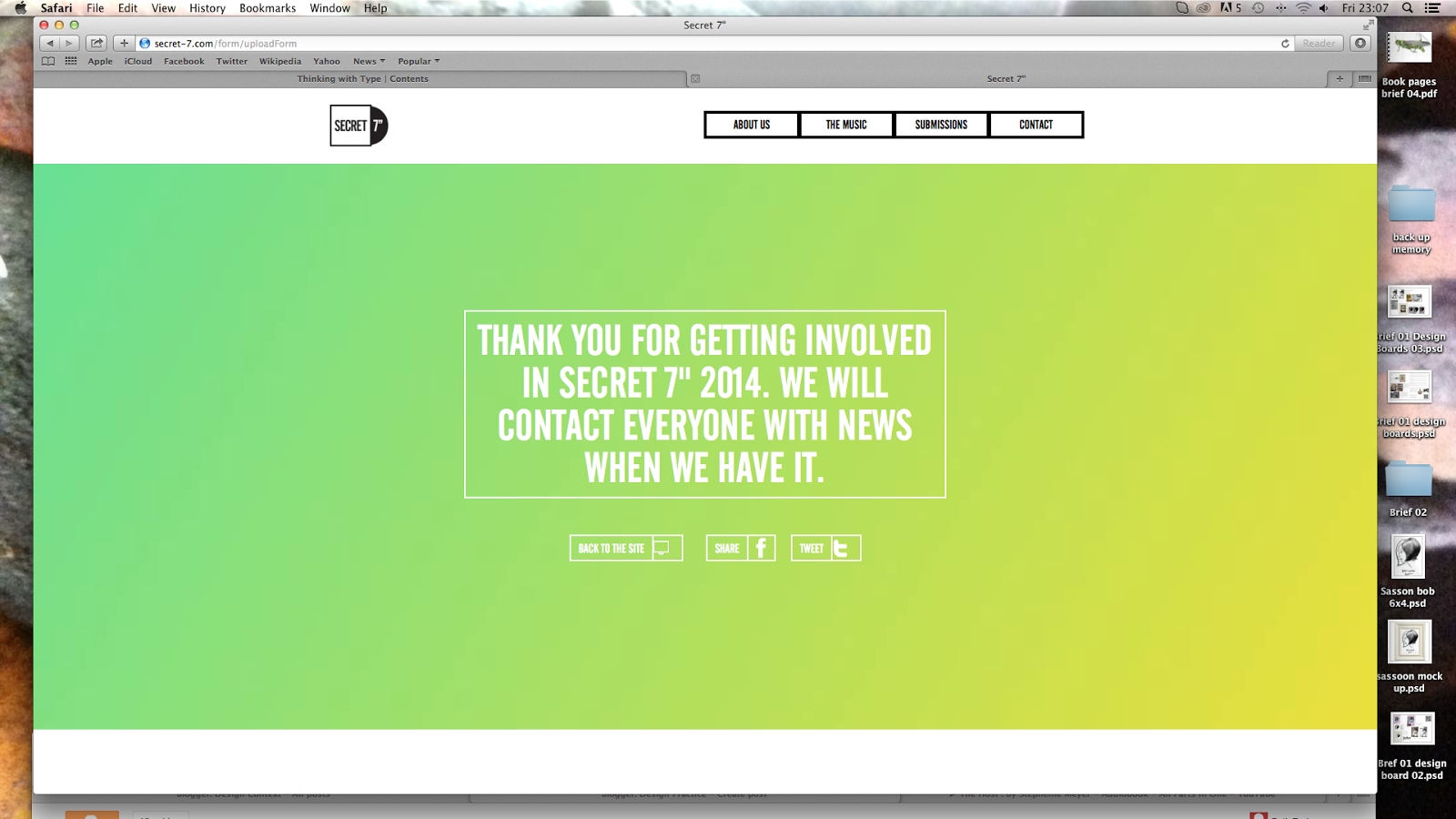 I also added a rational which can be found below.

The starting point for his design was the lyrics 'money like paper with faces', from which the origami aesthetic was established. I wanted to achieve a darkly appealing affect and from research I found that taking something familiar and changing it to become something unfamiliar, is always more unsettling than something completely alien from the outset. So, I took one of the most familiar and every day things, the human face, and played with confusing the eye, making it unfamiliar. Both these things combine to make the tone of the piece, yet it is the message which provides the back bone of this design. What struck me about the song was the complexity of meaning and the many different possibilities for different analytical outcomes, depending on the listener. This depth and complexity of meaning, with a darkly appealing aesthetic is what I have attempted to convey. This was done not only through the suggestion of the face sinking into the oily substance in the background and the many silhouettes of other faces within the initial design. Can you see them all?
Posted by Beth Taylor at 2/14/2014 03:00:00 pm