As previously mentioned I wanted to achieve an oils background for the origami face design I have produced and possibly further experimentation with other ideas. I knew I wanted a thick viscous texture and so I got a 180mm macro lens from the photography department and started to experiment with photographic metallic nail varnish. 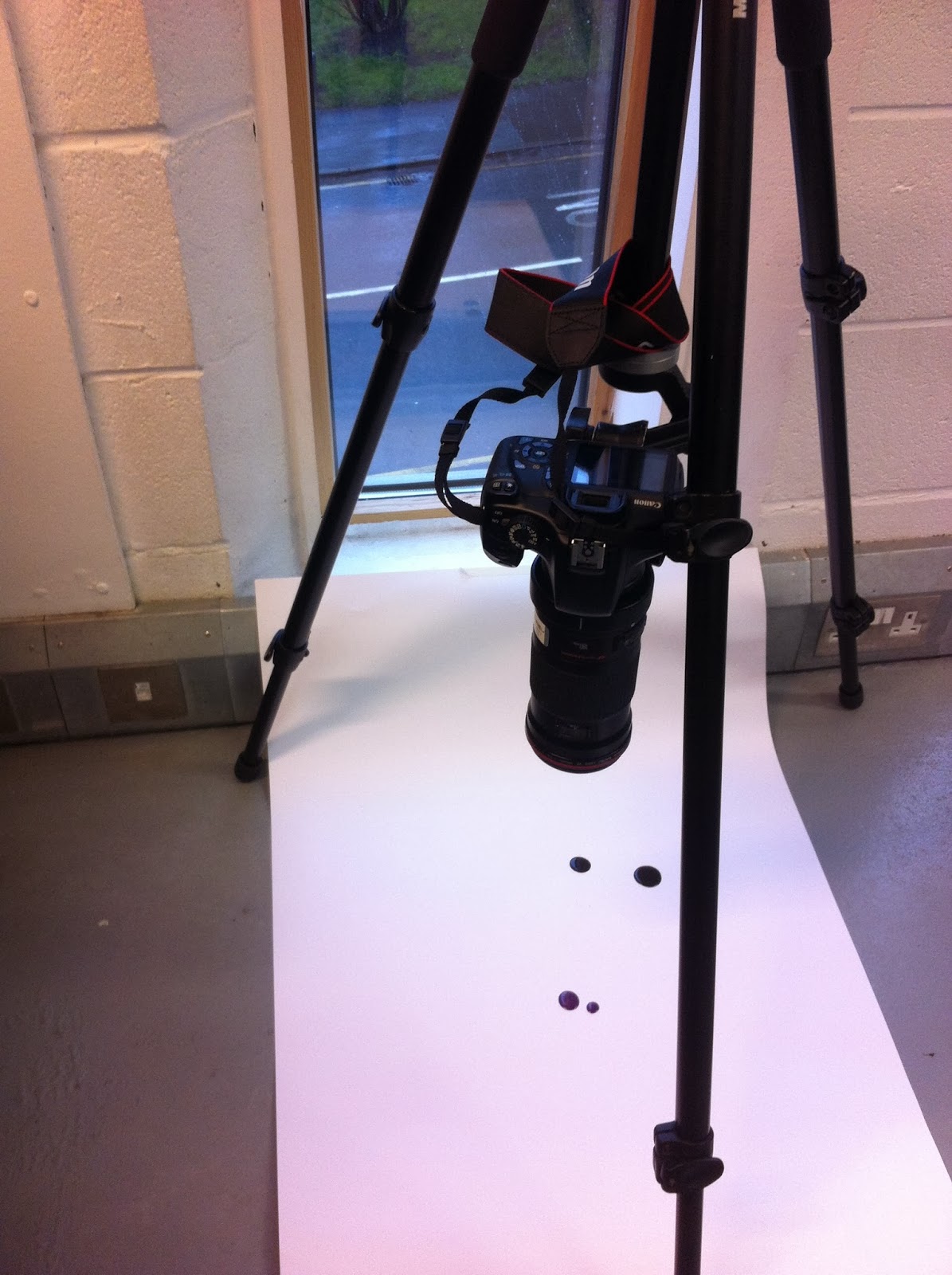 Because the field of focus for the macro lens was so shallow I found i could not photograph from the side as this mean half of the shot was out of focus no matter what I tried. So eventually I settled on this set up so that the lens was as close as possible but also directly parallel. 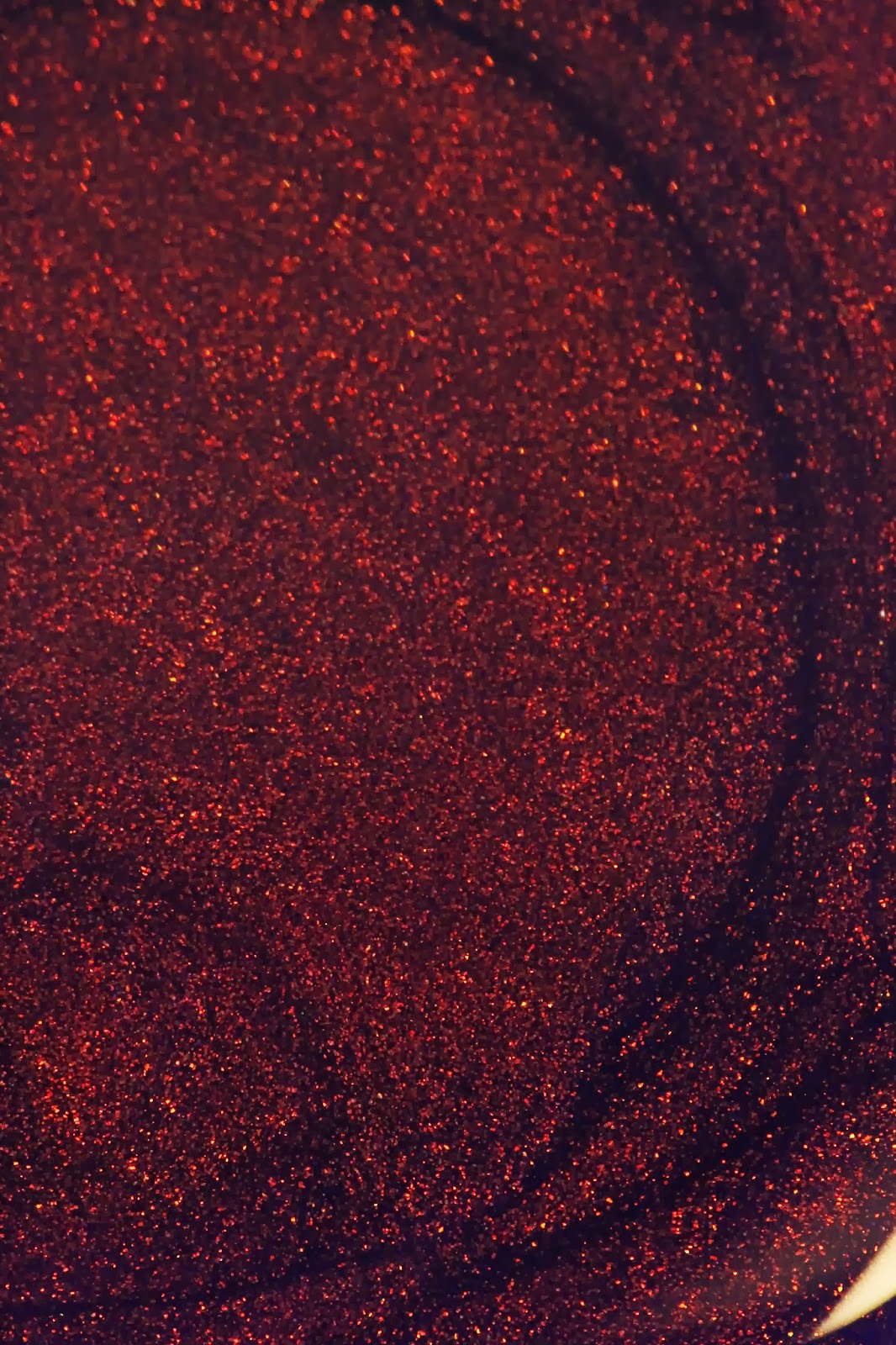 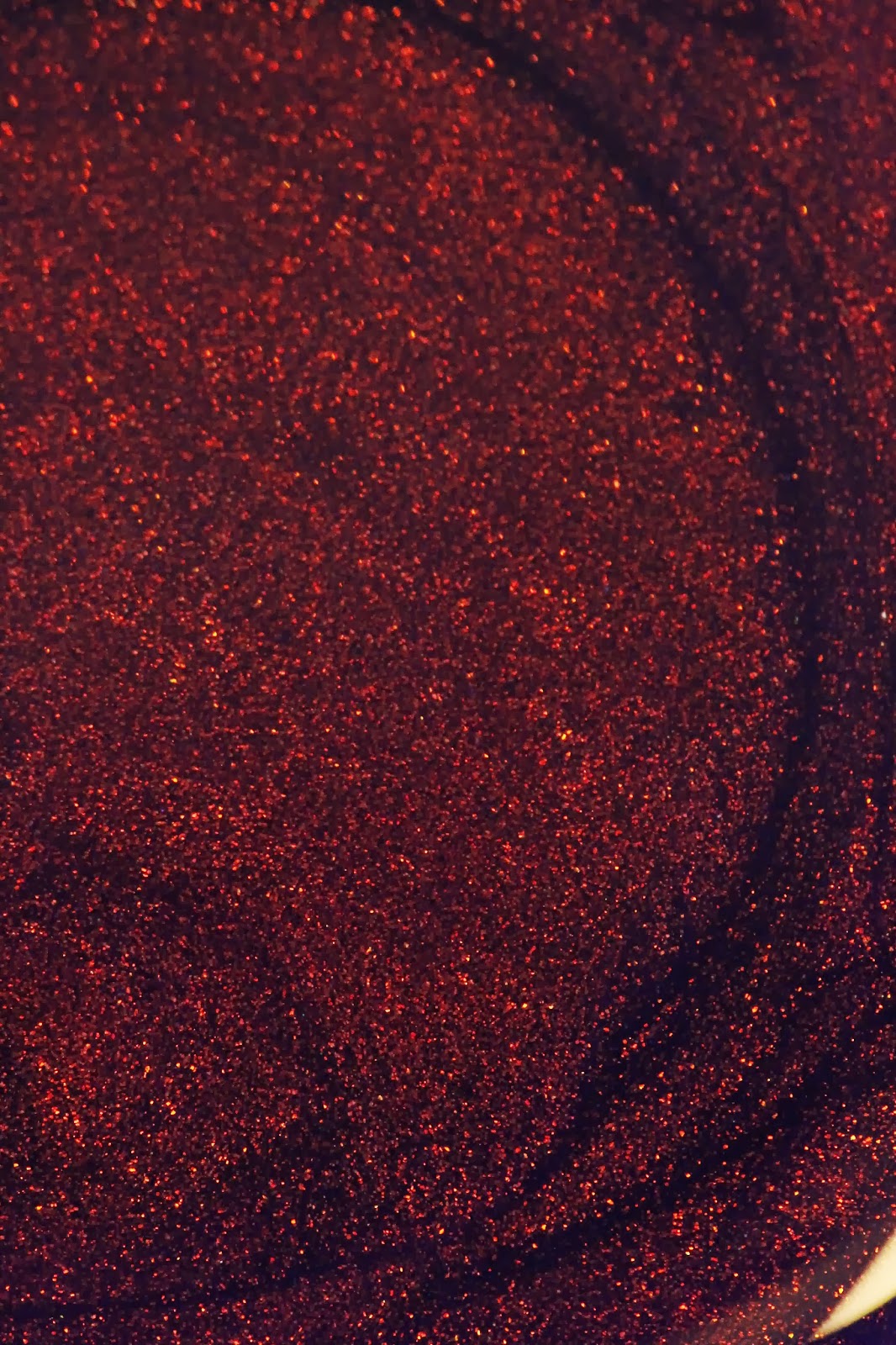 I tried a number of shots with a glittery metallic nail varnish, altering the aperture, iso and exposure to get the colouring and tone I wanted and I do really like the curls and ripples in the photo but it seems far too cheery for massive attack and just doesn't have the oily look I was after. 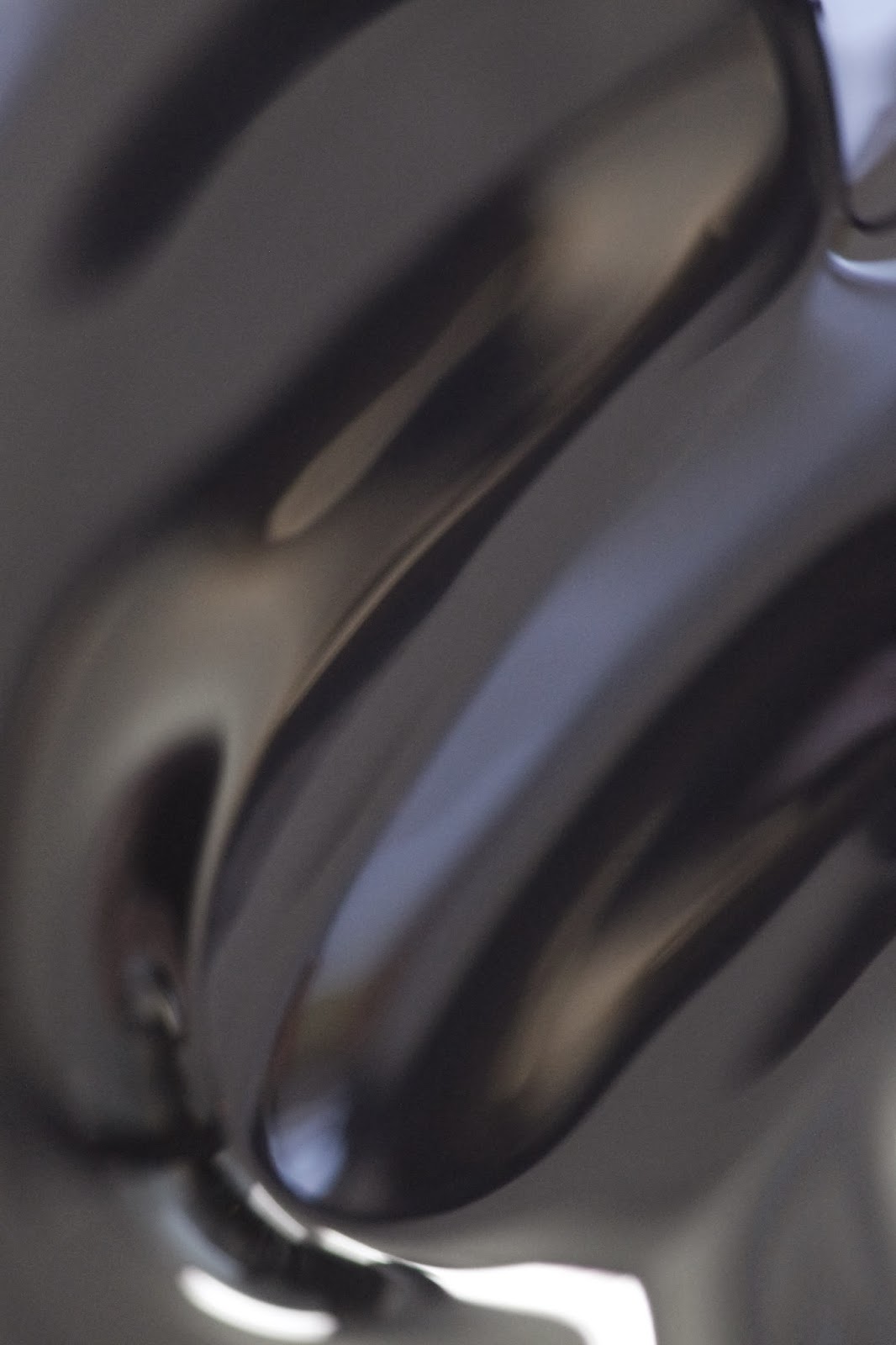 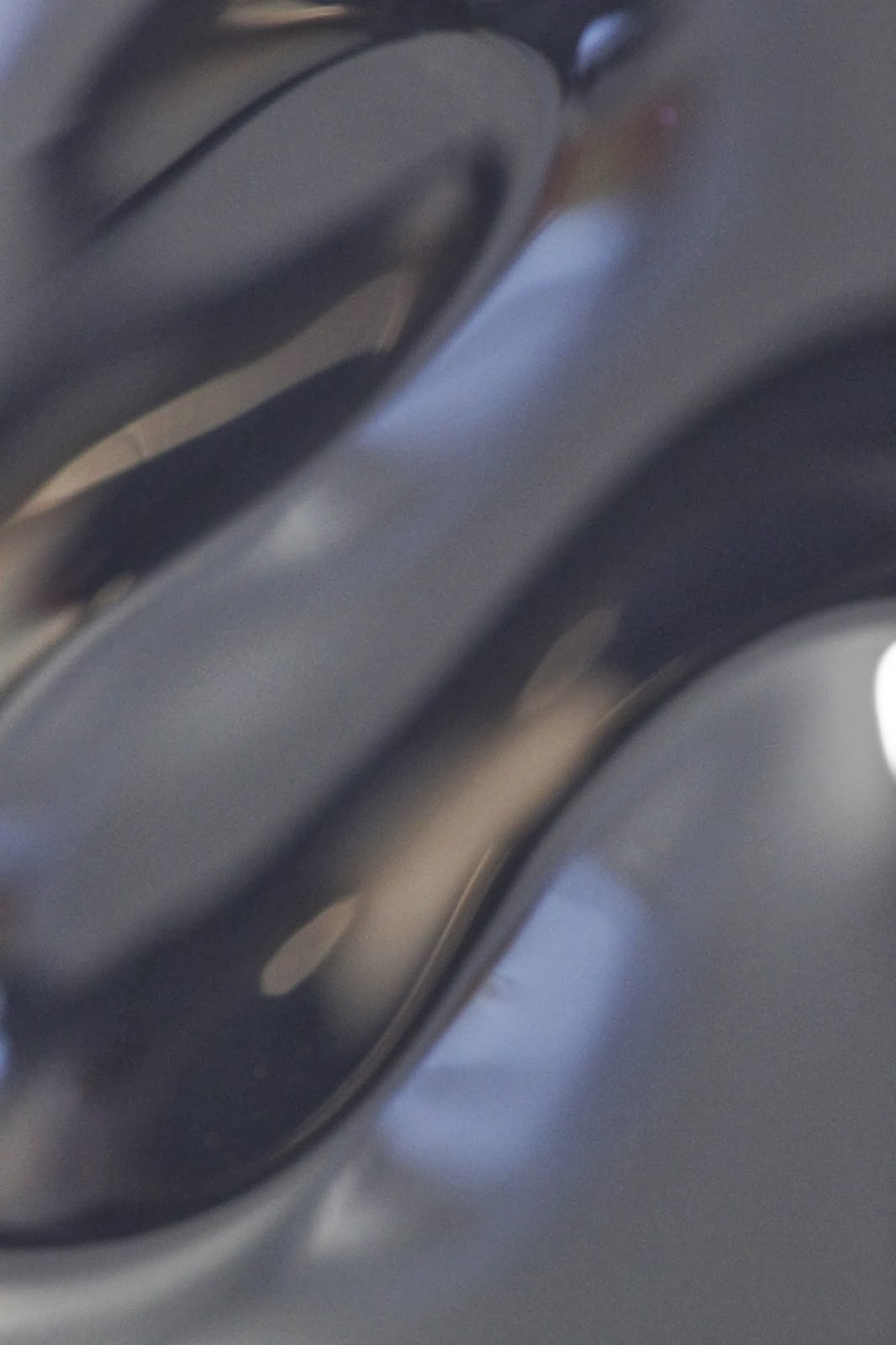 These two are my most successful shots. I made the change to high gloss black nail varnish and found that it provided mush more of the aesthetic I was looking for.


However, I had some difficulty getting these curves and reflections. The nail varnish, when poured onto a flat surface went completely flat its self, so that very little reflection and gleam could be found. 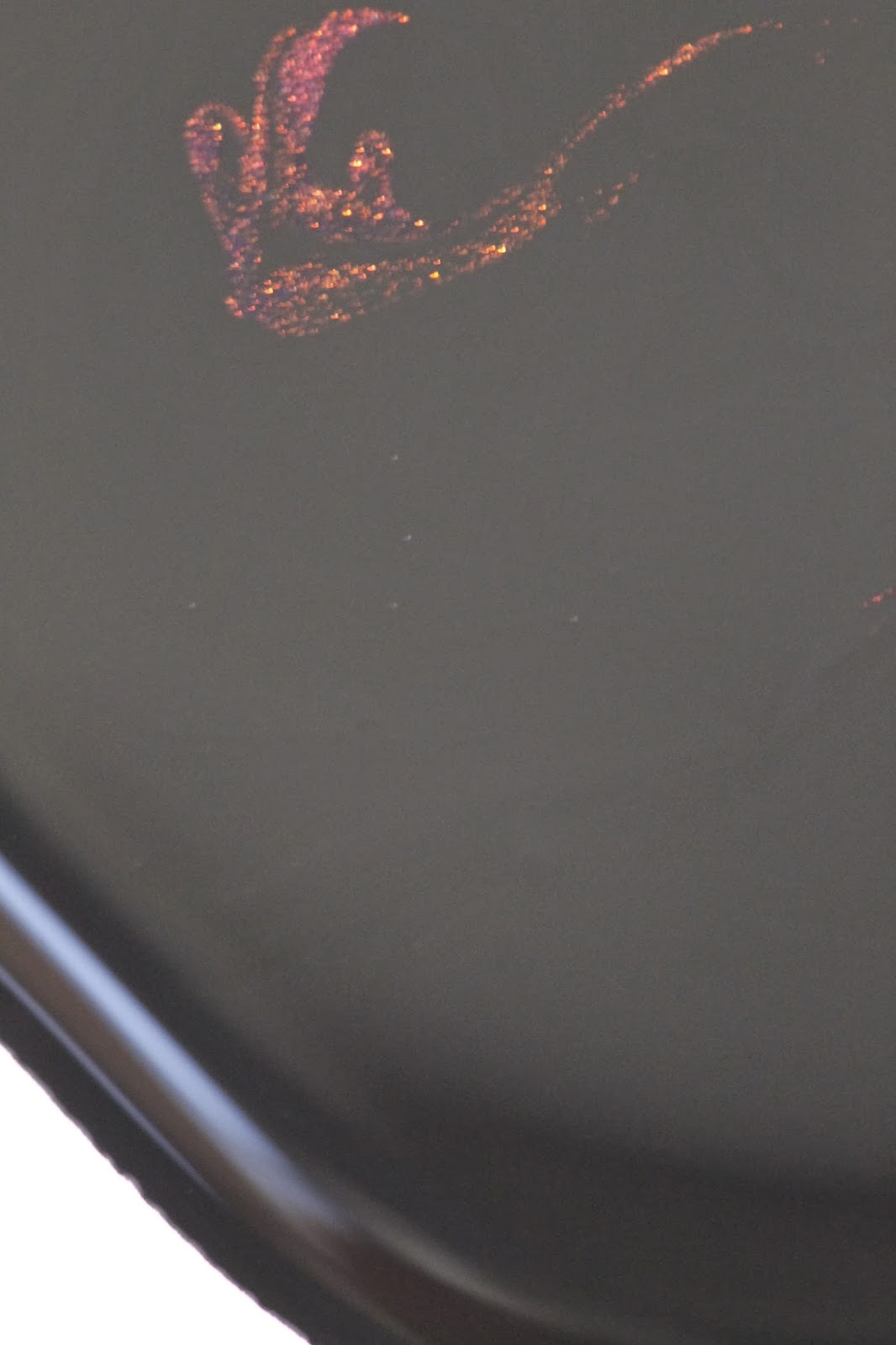 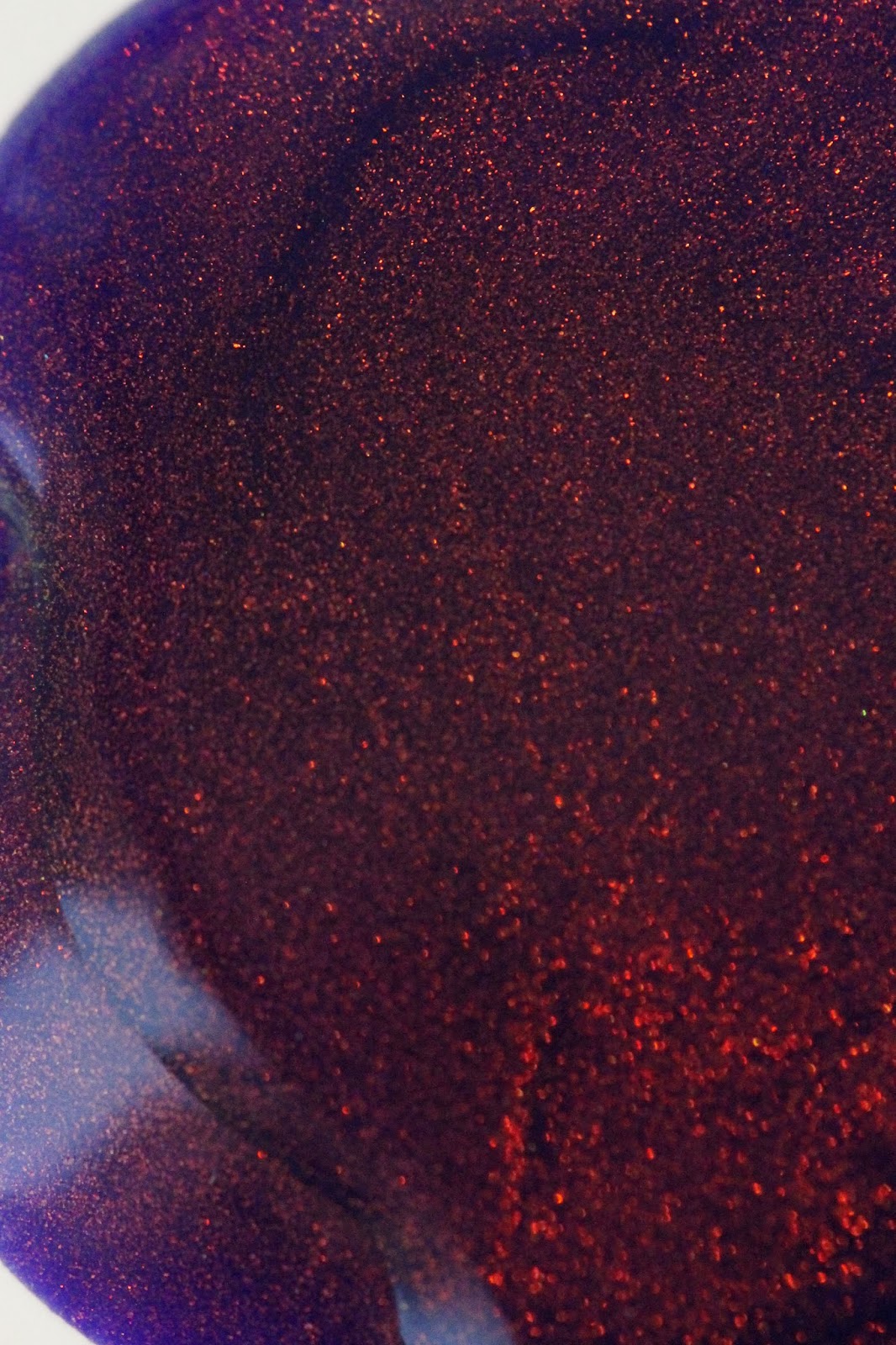 So, I solved this by setting the timer on the camera and swishing the nail brush through the varnish to get the effect you can see above. the difference between the colouring of the top and bottom photo was me playing with the white balance and found that setting it to florescent lighting produced the most satisfactory results. I will go on to have these printed in digital print on some different papers to see how this changes the affect of them. 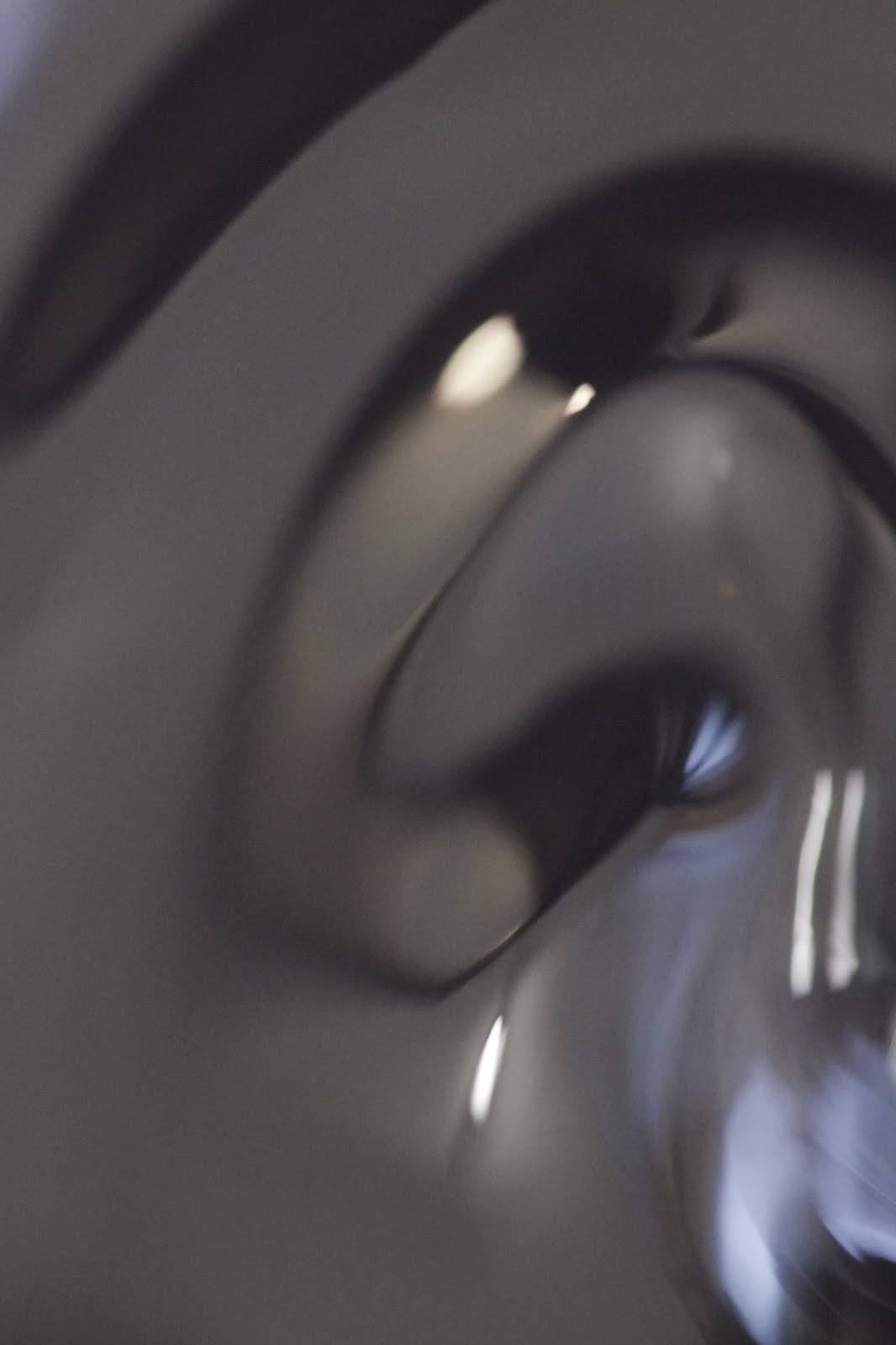 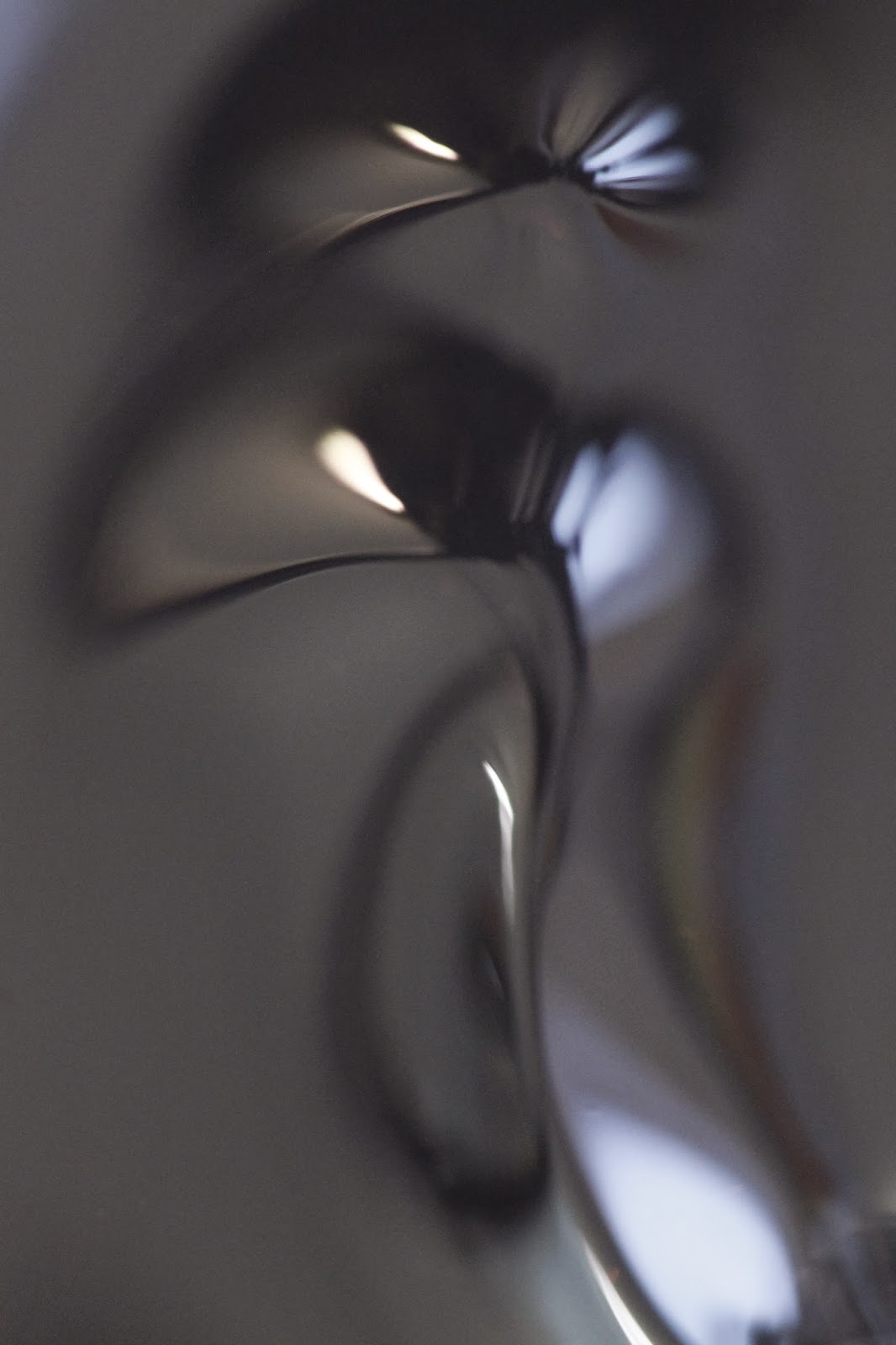 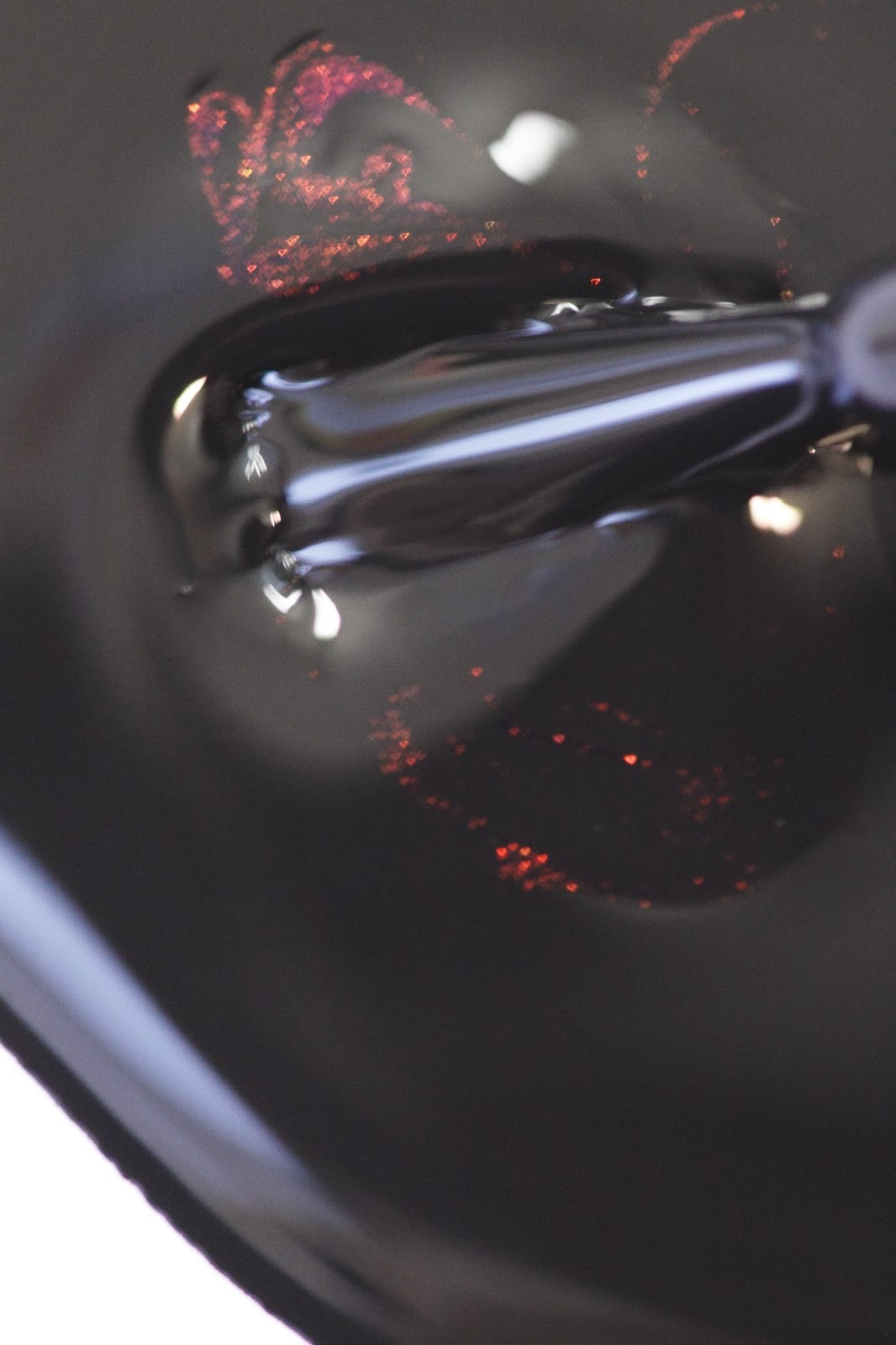