Along with printing the photographs I took earlier I got the positives of the vector graphic printed so I could experiment with screen printing onto the different types of paper. 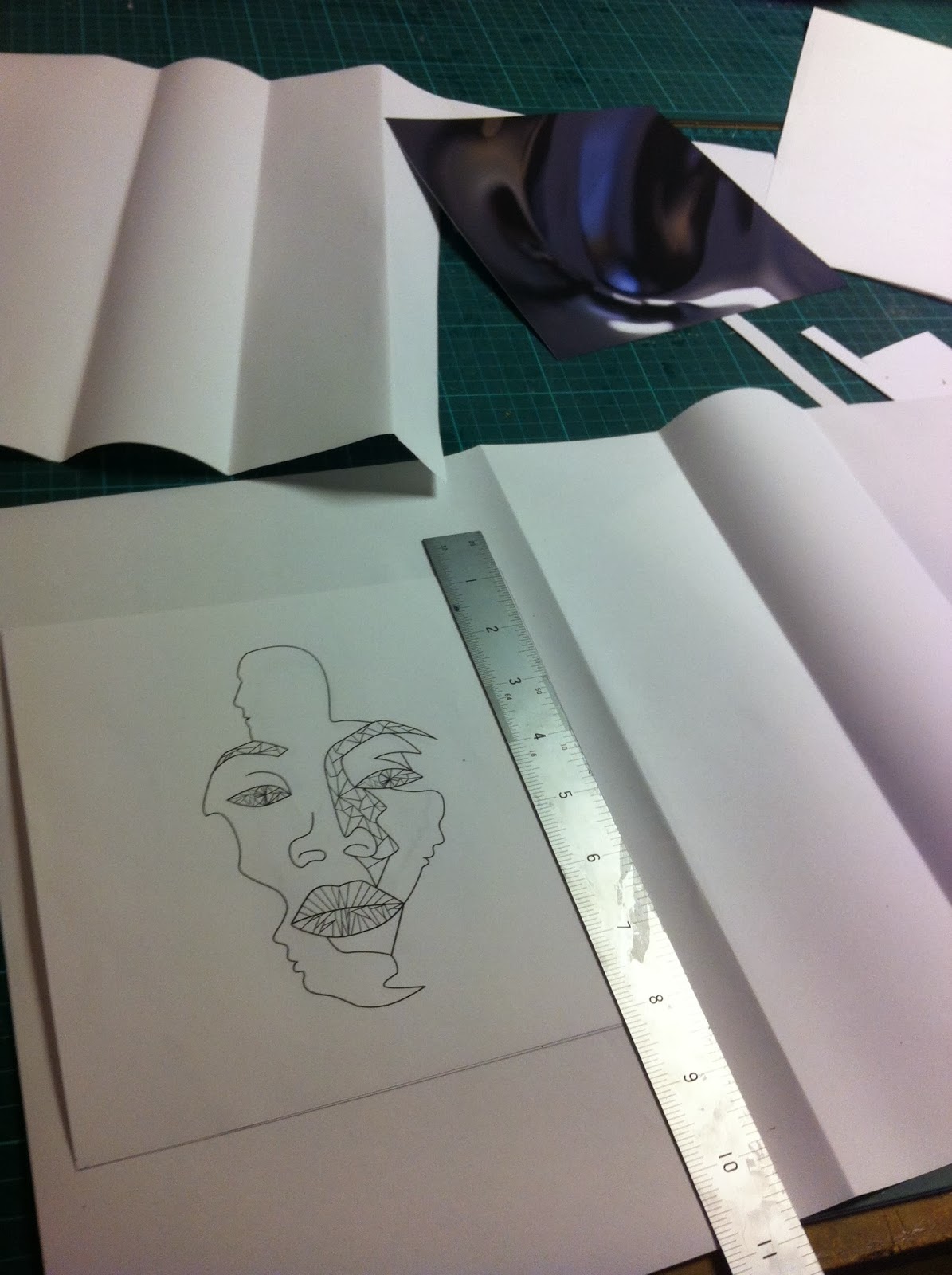 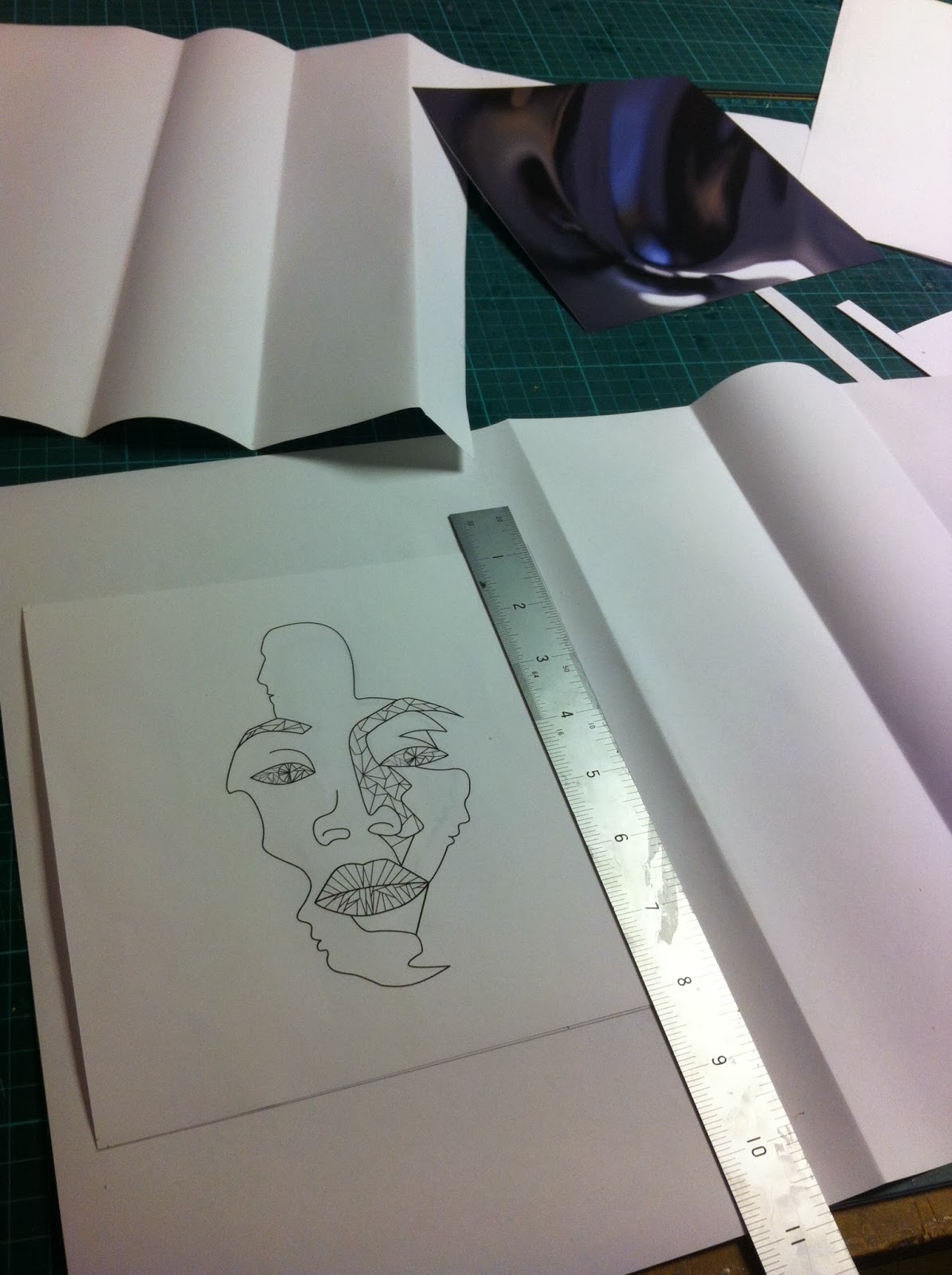 I was unsure if the thin lines of the original mock up would work as a screen print or be too thin and delicate so I did a version with thinker lines just in case. These were both on the same screen so that I didn't have to pay extra. 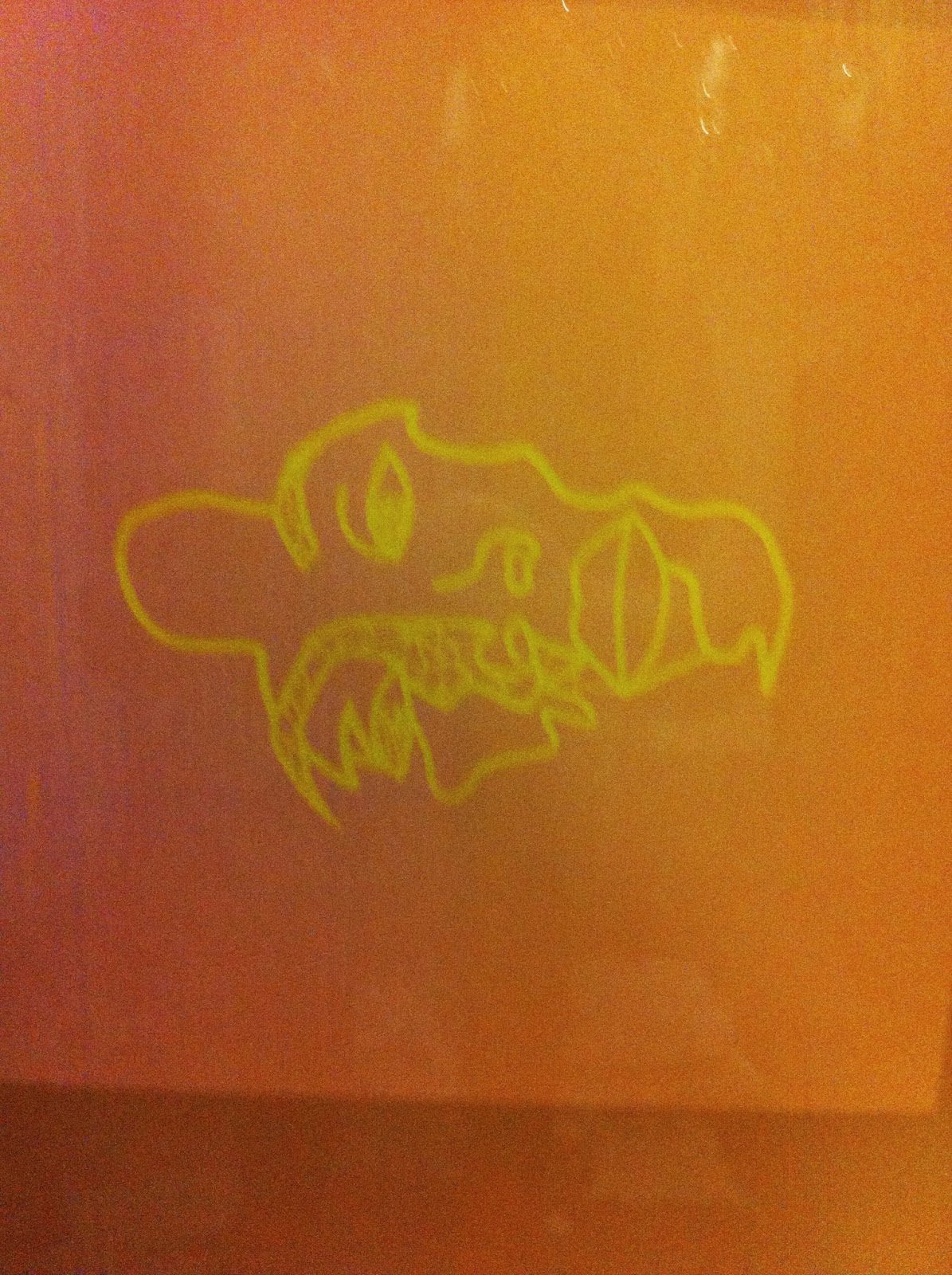 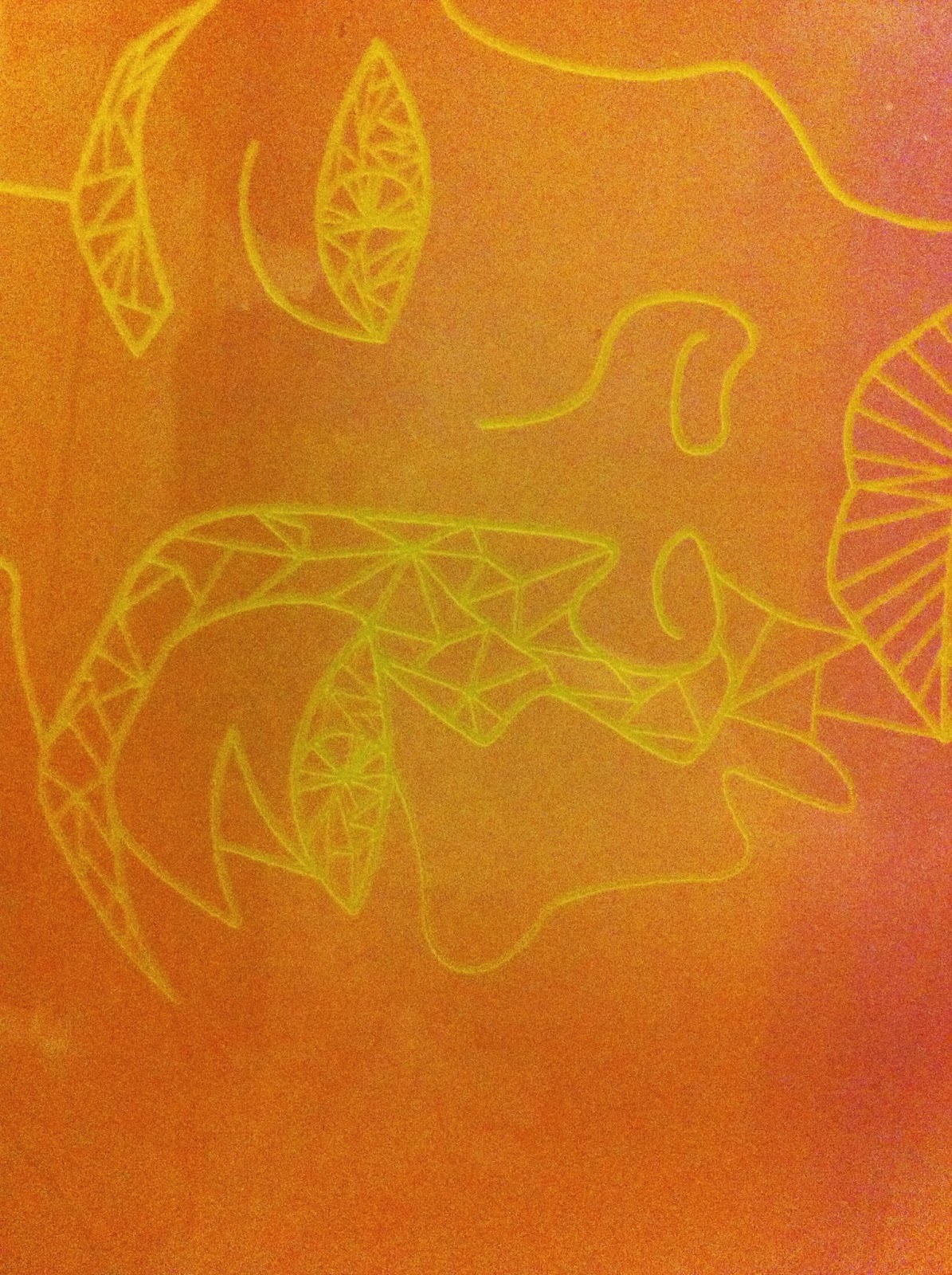 When the screen was exposed I found that there was a little bit of a problem with the delicate lines in the eye of the thinner design. This turned out to be a floor in the printing that was soon solved by using the power washer to get all to the unset screen out. 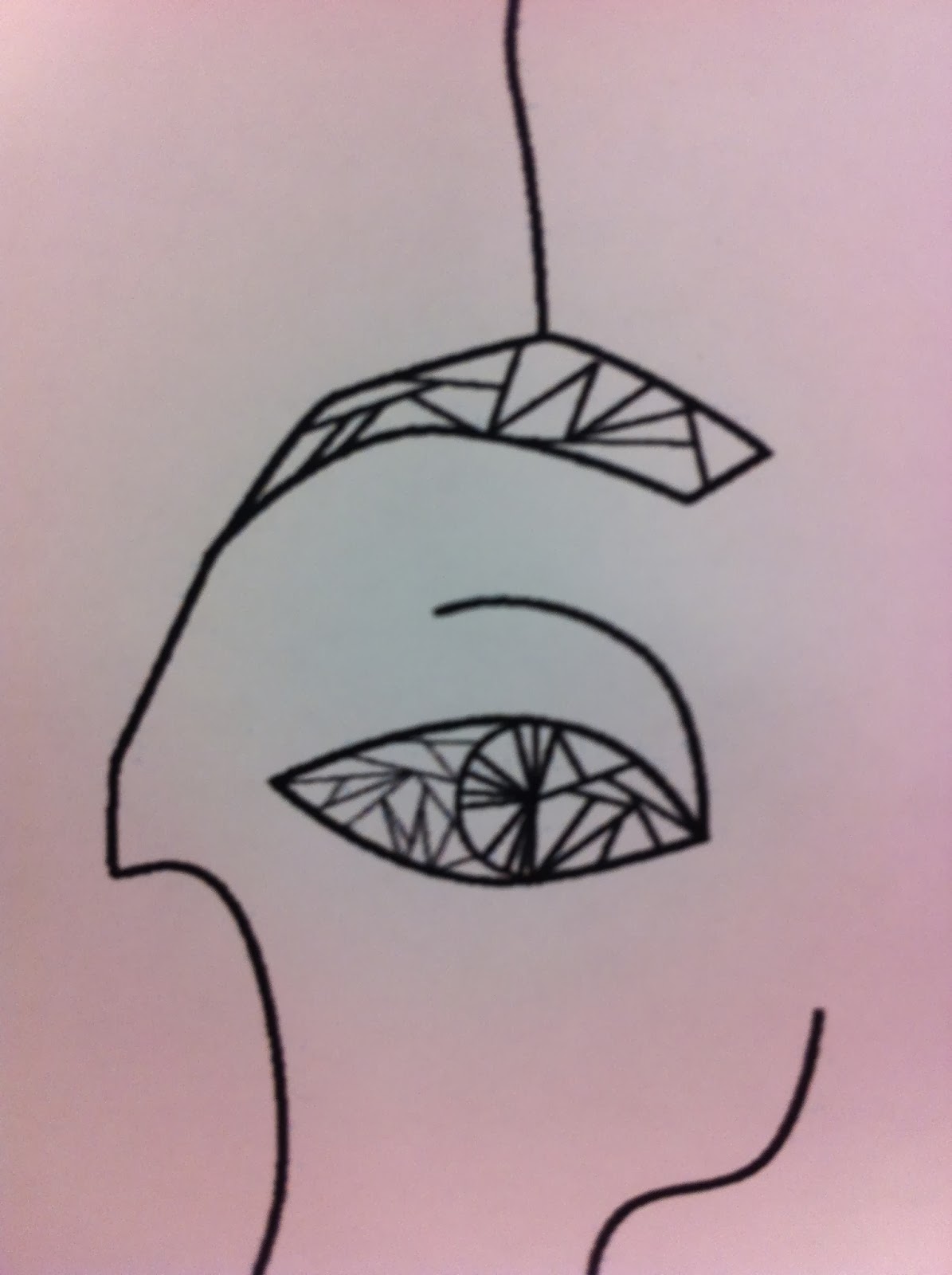 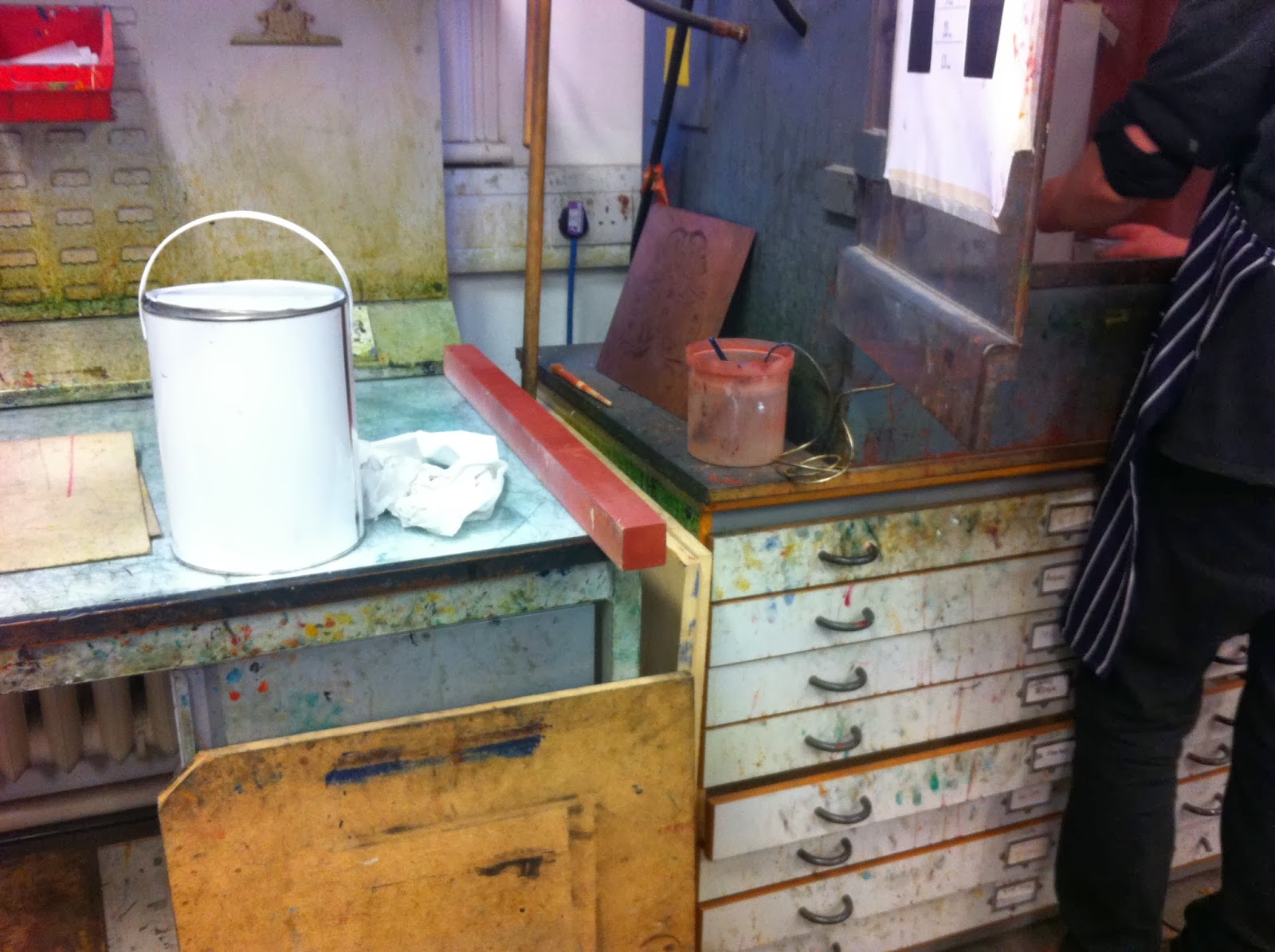 I mixed two lots of paint, one white and one silver. the proportions of the white pigment had to be about 60% 40% so that the density of the white could be enough on the black images. The silver pigment was made of powdered paint which made the reflective surface better once printed. 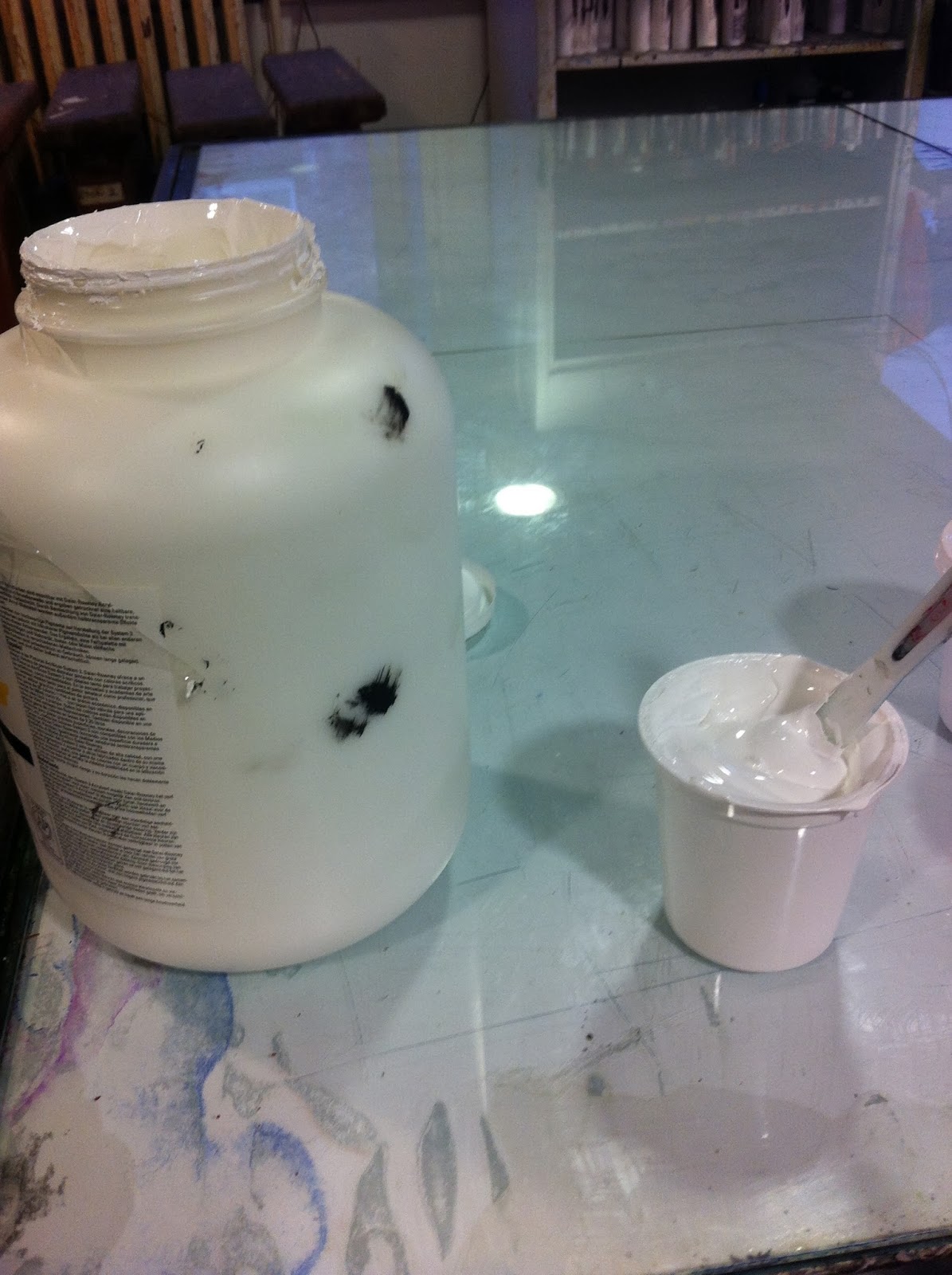 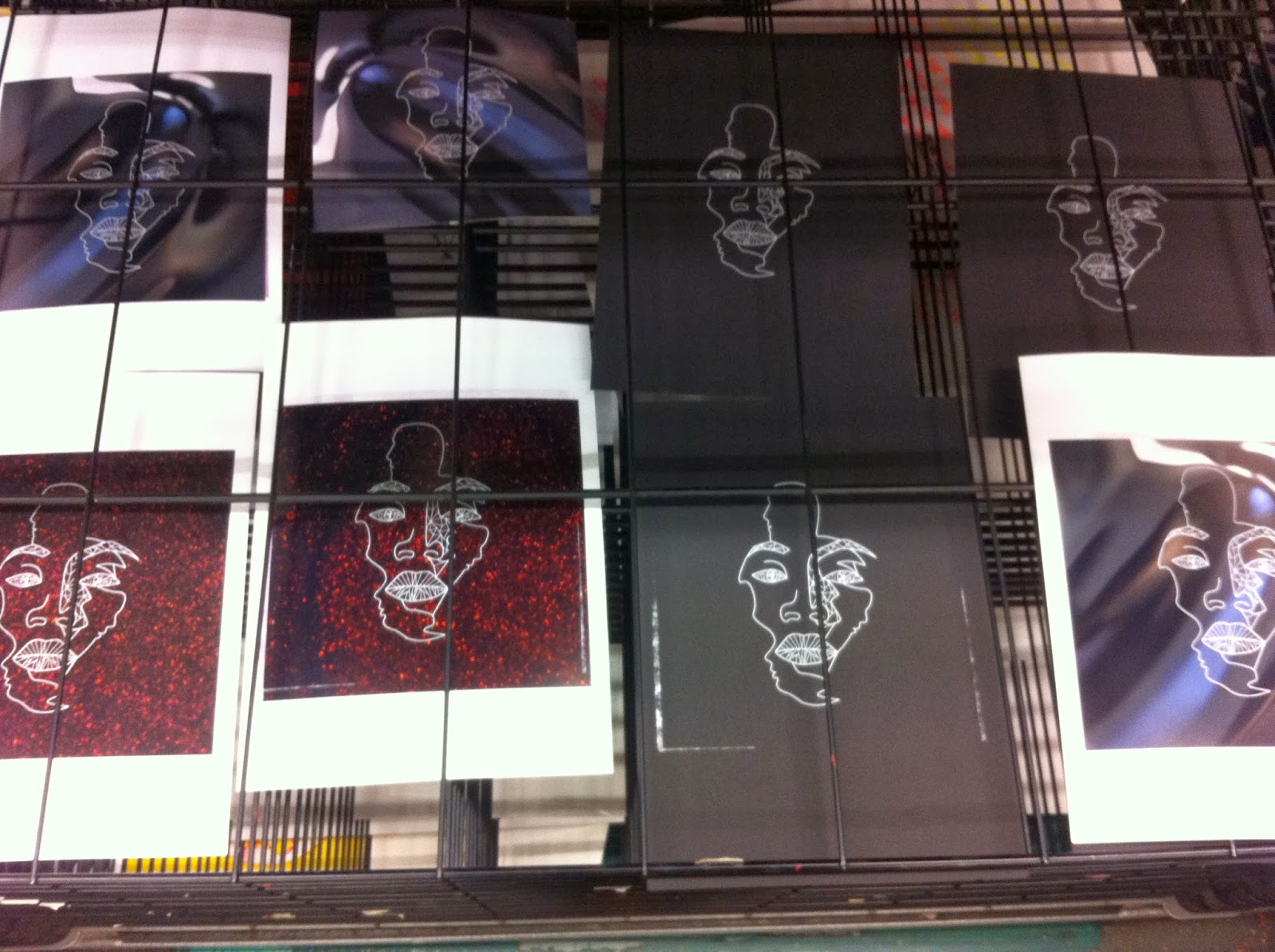 I did a lot of tests on numerous different types of paper including the matt and satin photo paper. I had to put masking tape around some of the individual prints on the screen so that the ink could not get through. Although I used an acrylic based paint like the technician suggested but the satin paper still cased a bit of trouble. I found it stuck to the underside of the screen in such a way that meant that the print could smudge when removed, so everything had to be done carefully to get a good print.