During the final crit I brought a number of different versions of the designs so that I could get peoples opinions as to which one to submit. 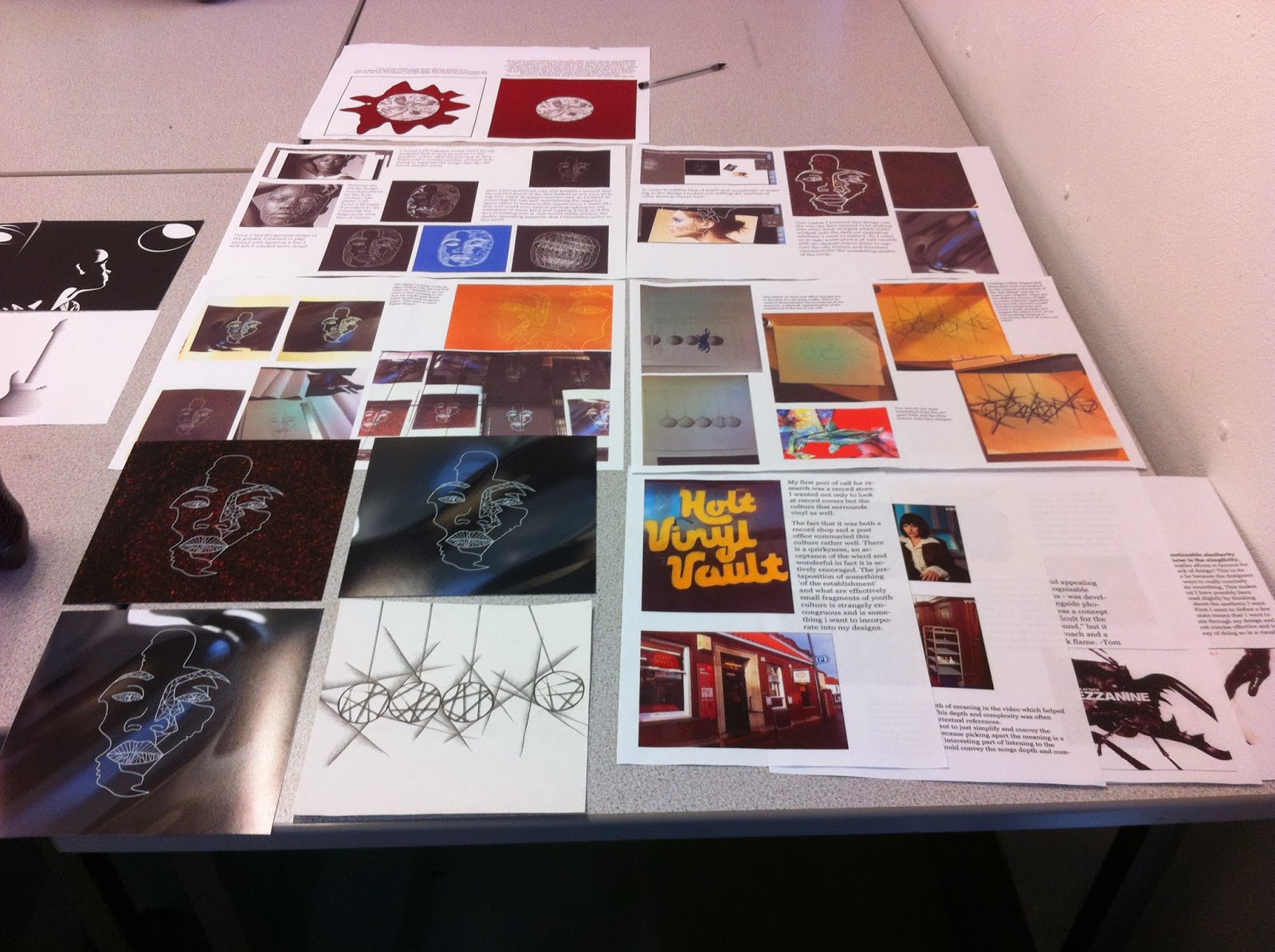 After asking several people I decided on the satin print of the black nail varnish as shown below. 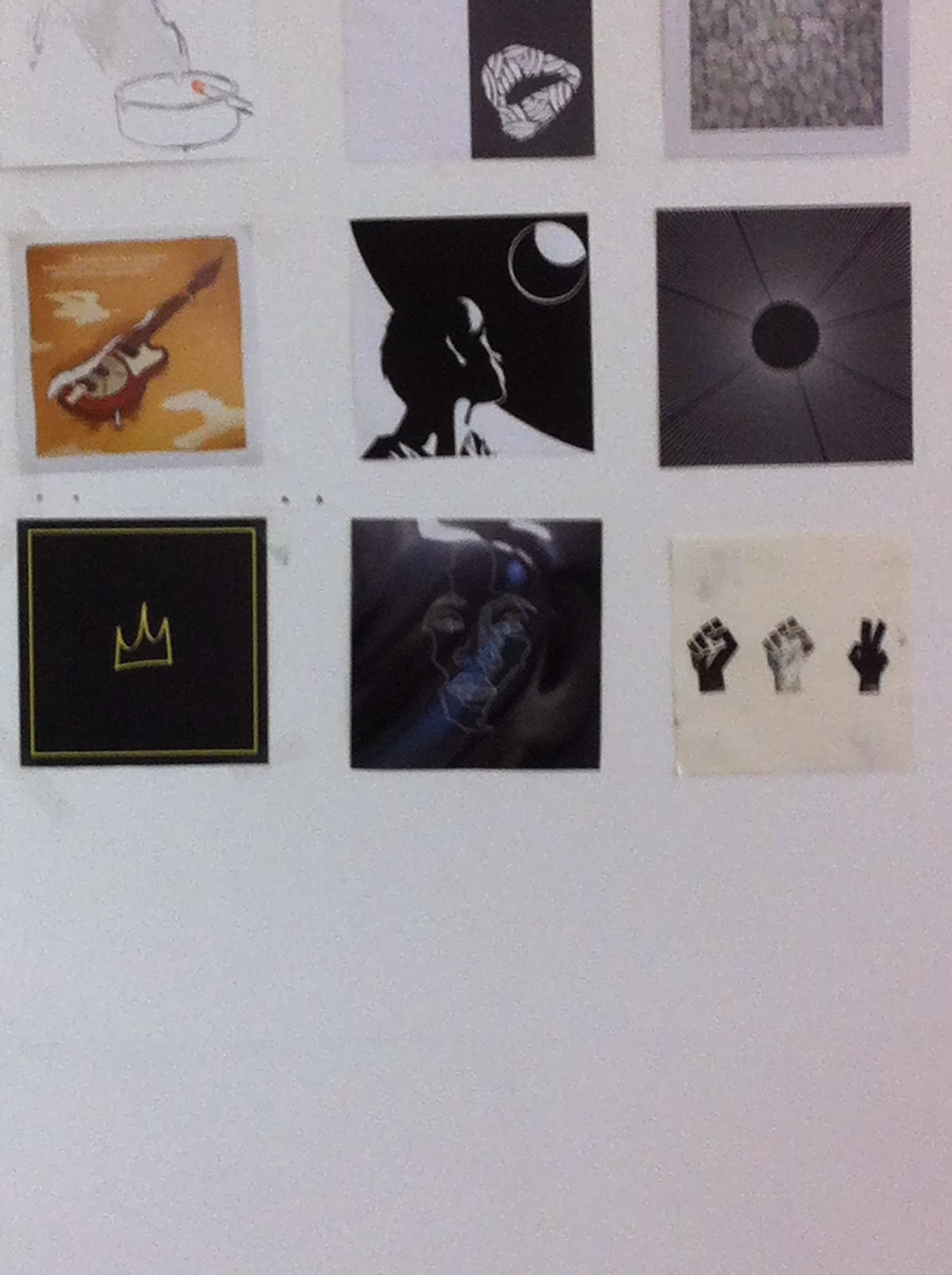 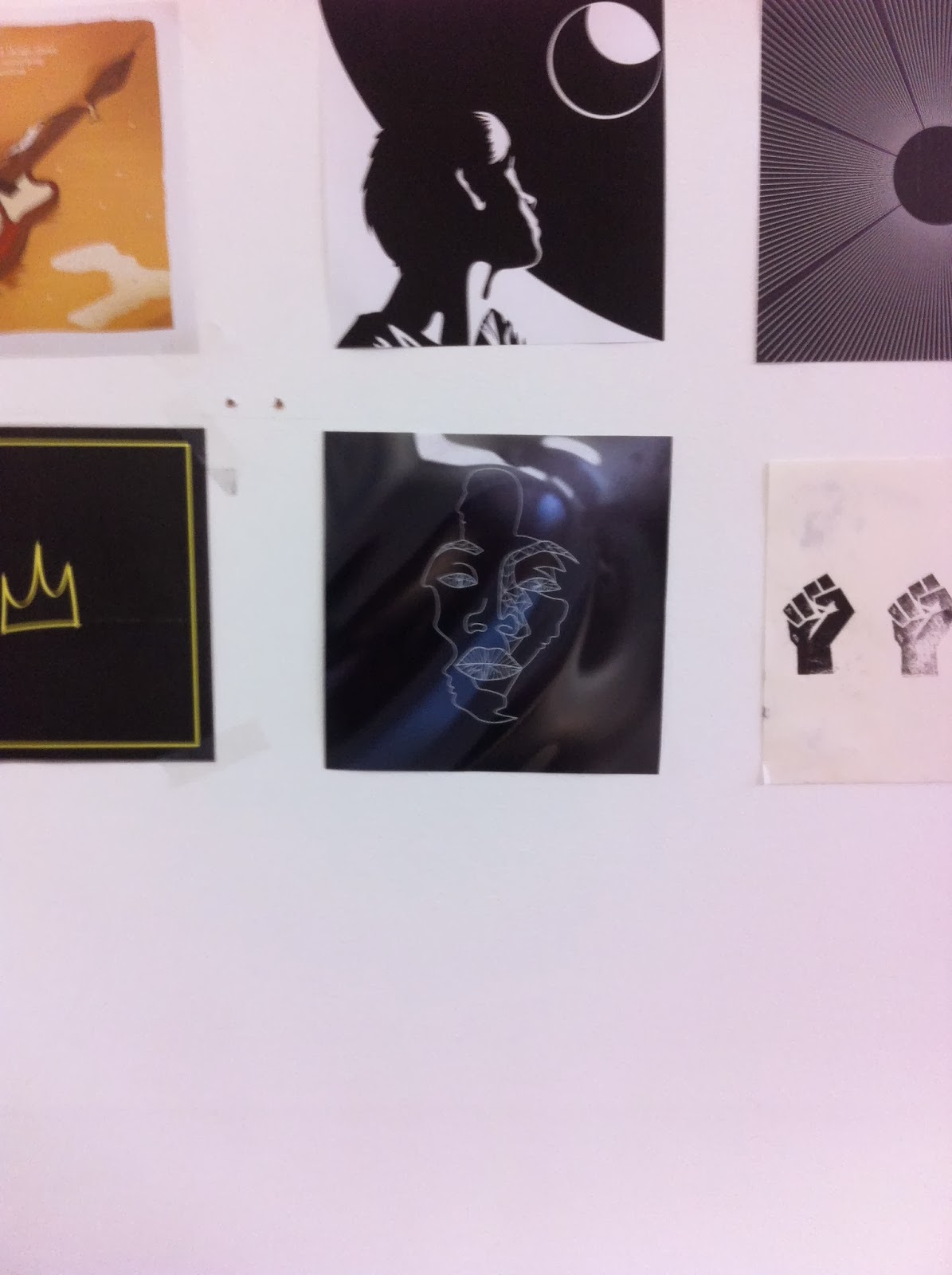 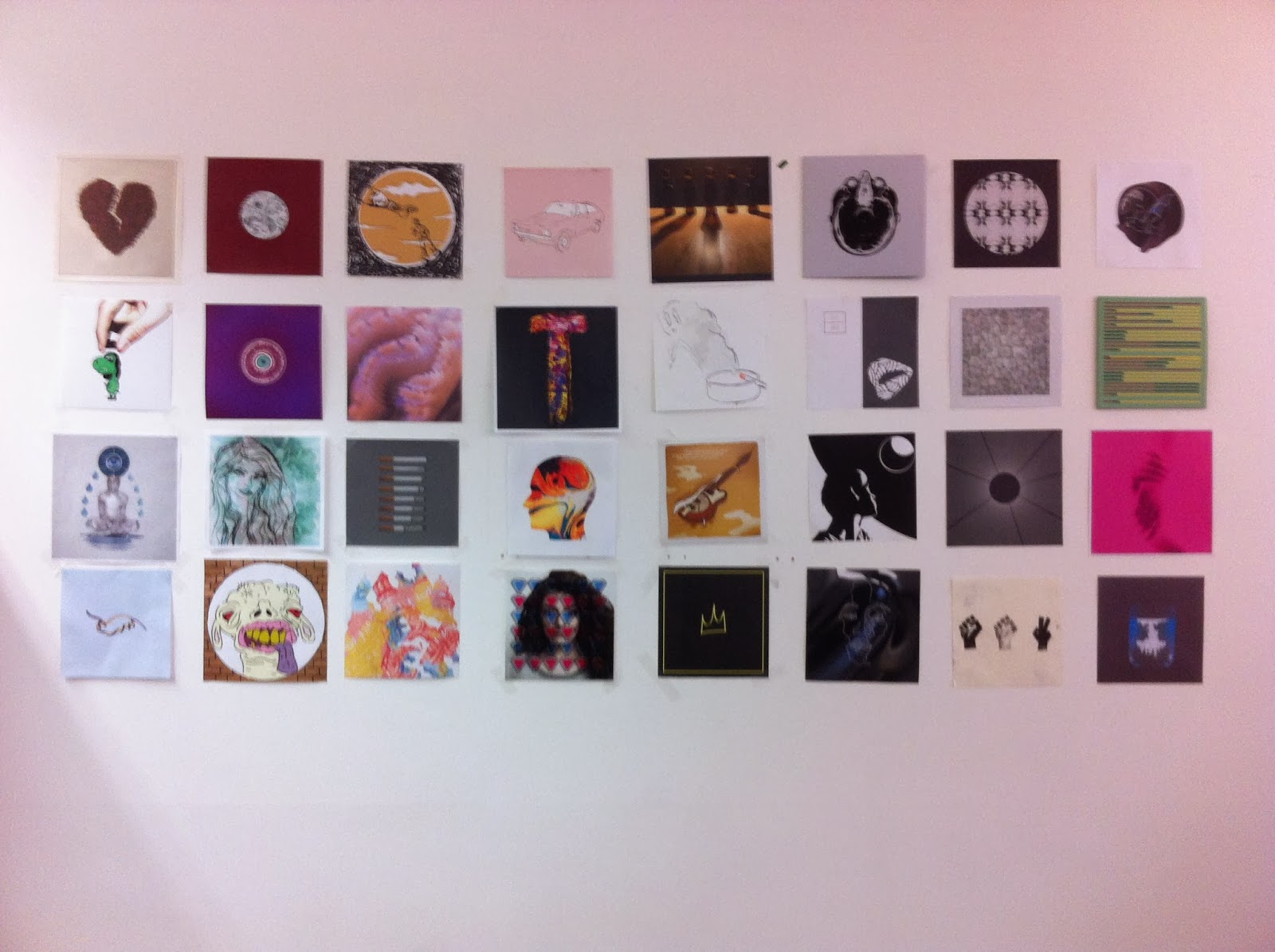 Generally I am happy with this design, it fulfils the criteria of what I set out to create. The oily background creates a sinister tone because of its dark colours and connotations of pollution. The depth of meaning found in the song is clearly communicated by the faces with faces design which simultaneously creates a trippy and strange quality to the design which communicate the essence not only of the song but the genre within which massive attack works. The juxtaposition of the reality the photograph media makes and the surrealism of the simple line drawing, disrupts compared to a continuous media throughout the design. In turn this slightly unsettles the onlooker because the different mediums have to be worked out, they are not simple to discern.

If I am unhappy with anything it is the fact that the design seems quite smiler to the disclosure branding, which I did not realise until after I had produced the design. Although this is true I am glad I pursued this design to the end because it meant I got to grips with the screen printing process and photography, generally learning a lot more than I would have, had I just played with illustration.

If I could change anything it would be the face added at the top in profile. I feel it is just too obvious and doesn't fit with the other subtle ones. However, arguably it unlocked the design, opening the door foe the onlooker to notice the other faces, without which the design would be meaningless.
Posted by Beth Taylor at 2/14/2014 11:30:00 am