After my research into the name amethyst I spent some time thinking about what I had found and the intended purpose of the print. The most important point is the fact that this needs to demonstrate how the paper takes colour and print processes. 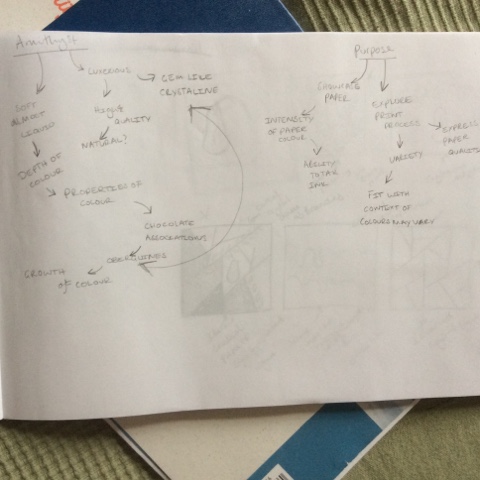 Using the central themes of the amethyst crystal, the luxury well crafted paper and the playfulness of of the Colours may vary identity, thumbnails were generated. I spent some time playing with the idea of and aubergine because of the similarity of the dark purple to the fruit. This came from the playful side just because it was a bit of a weird connection. I connected it with the crystalline forms and looked at crossing branches in angular shapes. This led me to the idea of fragments of different colours either side of the branches, much like the faces of an amethyst crystal. 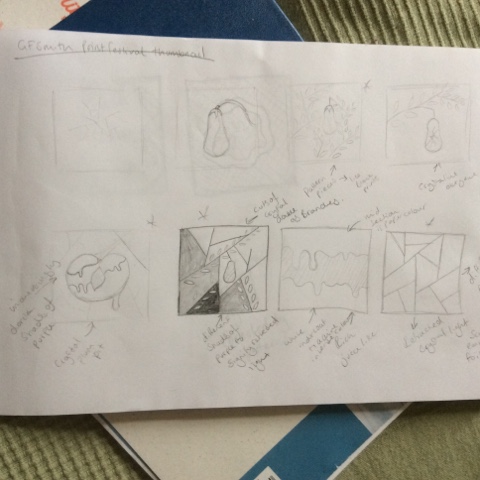 It struck me that perhaps different textures could be used on the different faces of the crystal to communicate reflections of a three diminutional object. 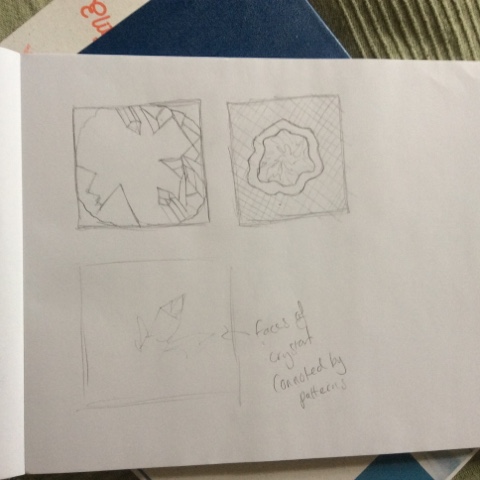 The concept of a geode also came to the surface but this felt too complex to use the different textured faces concept. The textured or patterned surfaces seemed like a wise direction to go in because of the opportunities it provided to showcase the colour of the paper in different circumstances. 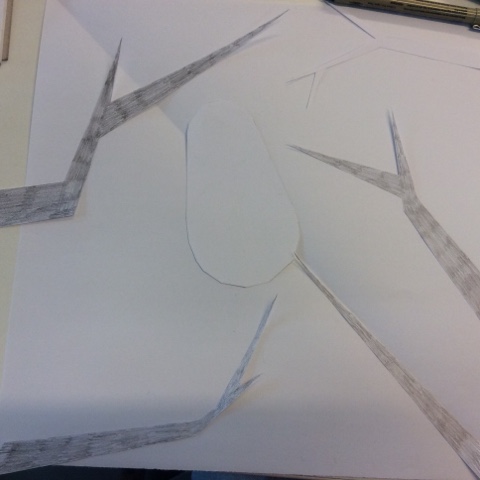 Before going digital I played with a few of the strongest ideas at full scale. Using cut out paper to create sharp crystalline edges really worked and the shapes connoted paper in an abstract sense that works with the whole GF Smith centre to the project. However, This leaked any real unity or purpose. What seemed charmingly random as an idea became slightly inane in practice. 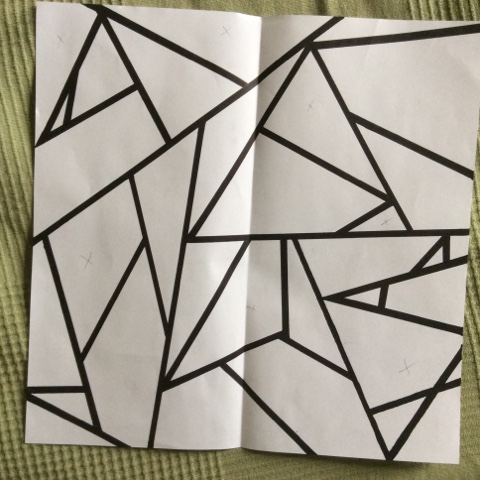 I also tried the crystalline lines concept out at full scale and this really captured the precision of the GF Smith identity isolated in my research. I also showed a number of my peers both full size experiments and my thumbnails and got complete positive responses for the abstract crystalline forms. It was suggested, however, that not every face is textured so that the colour of the stock can be seen fully in some areas.