Although I have already read this book, hence my decision to design for it, I thought it prudent to re-read the book and see if there were any particular points that were worth playing on for the cover design. 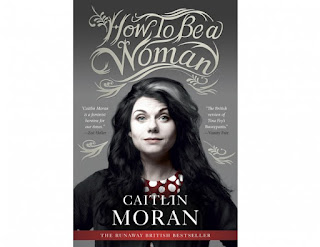 Once again the over-arching and immediate theme is that of humour. Every serious subject is stippled with joke to make them pallet able and to get  you thinking about things without realising it. She manages to be educates and brash in tone simultaneously, giving the impression of someone who simply takes no bullshit.
Because it focusses on a number of issues that every woman faces at some point in her life, there is a sense of illumination and realisation of the relevance of these things to you, the reader. In short, she is a bloody clever woman and most of all a bloody clever writer.
One image that I think is greatly representative of the ideas in the book is what she describes as the 'on coming tide of feminism'. This is in reference to all the different waves of feminism as the y are currently seen and how viewing them as separate waves is to make them seem inconsequential and most of all, as if the women simply can't decide. But rather, it is a case that we all want equality, that is clear so one unified reference is more beneficial for what is more of an ongoing conversation.


Audience:
She also talks at length about who is the audience for this book. She states the obvious, talking about young women making their first forays into feminism. She then goes on to talk about how it is a new prospective for the same strident feminists that have had their eye open for years, as well as men. These men are looking to understand women better and find that for the most part they just 'want the same things as everyone else' and in so doing are able to at least come closer to a truer form of feminism. My design will need to address this cascade of audiences but it is still important to view the primary audience of young women, because without their interest the system of audience transferal stops working, they validate the book as relevant to them.