Considering the main themes of the book I was designing for seemed the first logical step. These themes were:
- personal feminism
- brash honesty
- humour and entertainment

This lead to the realisation that Caitlyn herself was at the centre of all these things, her personality and written tone of voice. 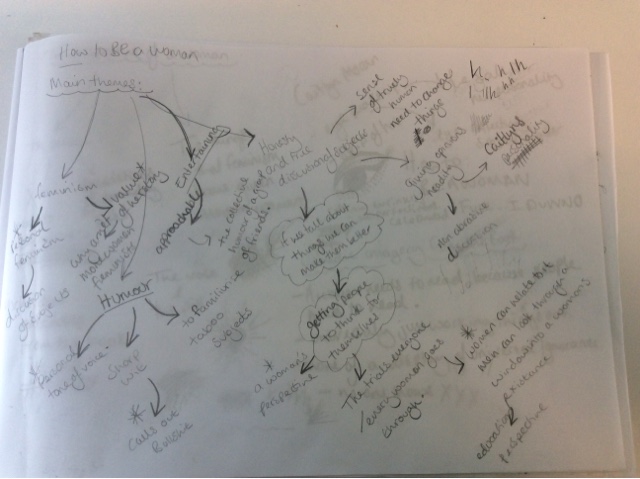 Small free form sketches led from this, taking these themes and trying to visualise them concisely and in a way that was truly communicative. 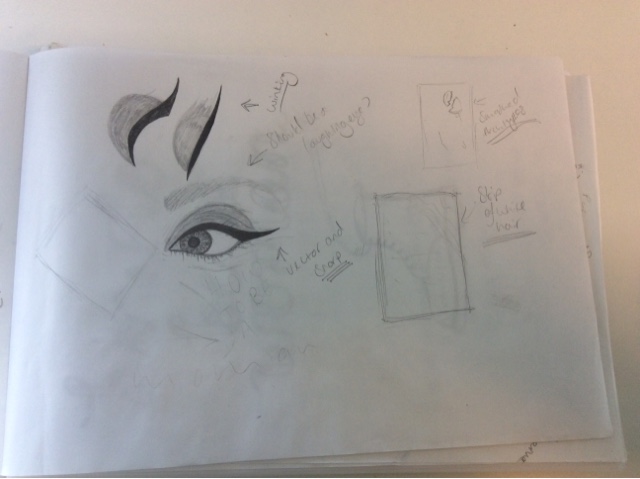 Small thumbnails allowed this freeform visual concepts to be contextualised in portrait format. It was clear from this stage that the more simple almost symbol like options would work best with the large amount of text that needed to be on the cover. In particular, focussing on Caitlyn's Eye make up and hair proved most promising in their simplicity. 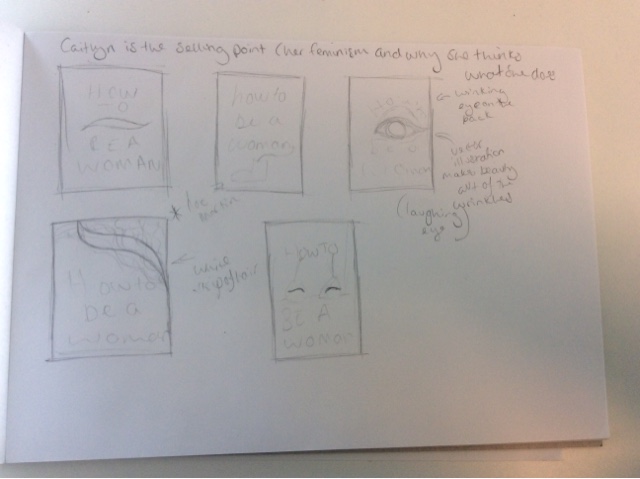 One concept needed a slightly more detailed sketch to fully evaluate its potential, this was because the lettering style had details that needed to be drawn to understand. However, at this stage this idea stopped. This was because the Dr Martin, although completely relevant to Caitlyn Moran, looks rather 'adolescent rebellion' and doesn't reflect the book. 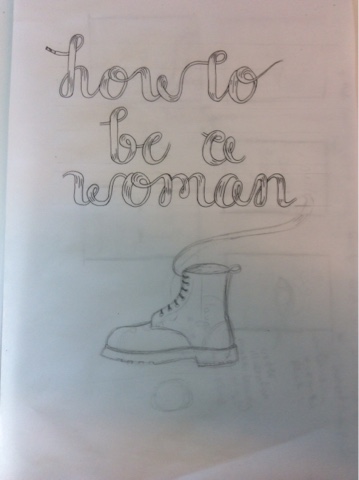