When I considered the words I had to letter it occurred to me that there are two different sections to them. This division also applies to a tone of voice change; the first section is quite straight cut and definite, this can easily be represented in the typography with definite directional lines and sharp corners. These second half has a direct connection to the spoken tone of voice of the line, this can be conveyed in type terms through more fluid and open lines.

I began with the first section creating an oblong grid to put the type into. this is because I want the type to sit in self contained space within the A1 space available. This is also because the open space around the lettering allow it to dominate attention in a very effective way. However, I want to create a hierarchy of information that works on the part of the distance approach that the context of the poster allows. This is so that the first section is readable from a greater distance and then as the viewer approaches the second section will come into view. 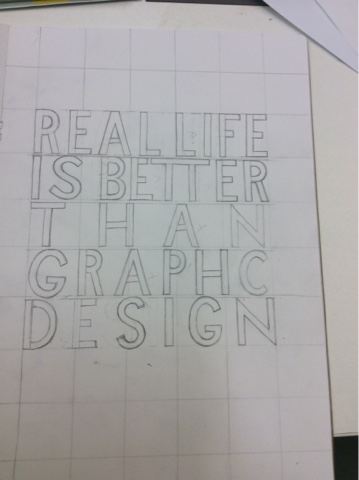 I included the spacing required to put the type fully into the space available. however, I was uncertain of the effectiveness of this and whether this actually makes the type less legible. 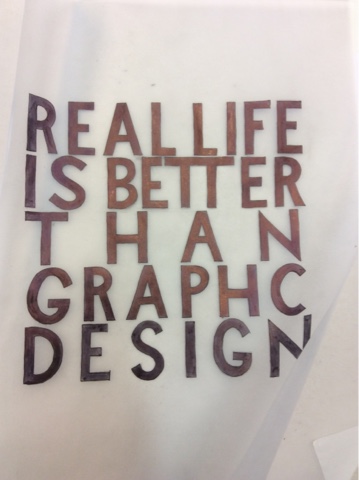 Once it was inked I thought that this may not be the best form for this section, because hand drawn type is hard to get truly angular and sharp. Perhaps this might be better in an actual font to make enough of a juxtaposition between the finish of the two lines. 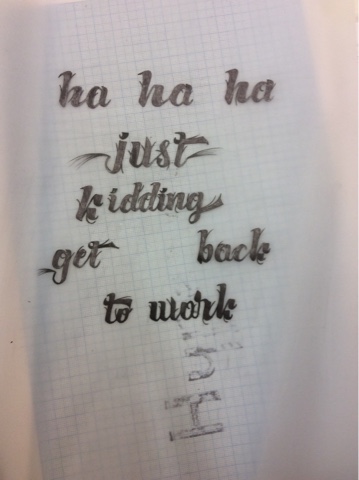 Using tracing paper I matched up the second half of the sentence to overlap with the first meant that I could lay about with the layout. Matching the x height through the lines of the all caps. I use a messy brush pen like style with splayed almost bristle like extensions  to increase the sense of a casual conversational style. 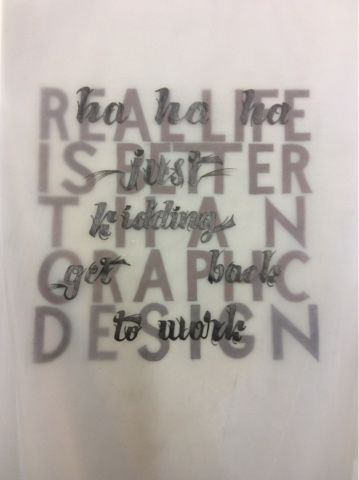 There were some issues with the alignment because I wanted the second layer sitting central to the type on the first and I couldn't quite manage this on the first draft. However, positioning is definitely something that is editable one I have victoried the lettering. This is the next step.