Because I decided this was going to be a relatively short Brief. I went straight in with an image I had in my head for a while after reading the book. I knew I wanted this project to be illustrative because of how open and raw the protagonist is with the reader. I chose this flat illustration style in an effort to emulate the flat almost pattern like drawings found in old Bibles on illuminated lettering and the like. This is also why the two 'O's are almost illuminated in their size. 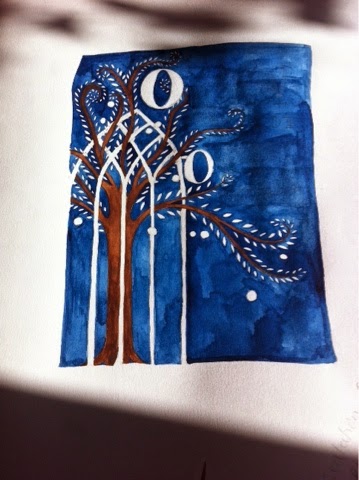 Again I used water colours to create a sense of softness and humanity because the way water colours show the brush strokes of the artist brings the onlooker much closer to the object, because it feels crafted and more natural. Not machine made in the slightest. 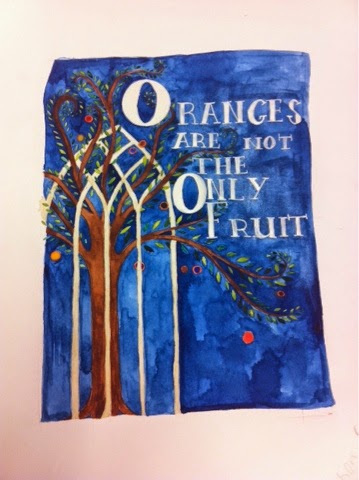 On this first draft of the cover I put together the ecclesiastical window frame and the growing orange tree. This image brings together the book title and its deeper meaning of choosing a different path in life and going beyond the normal in being honest with your self. This is because the protagonist is trapped by the religious beliefs of her parents for years but eventually grows beyond them and makes her own decisions. Also the oranges are many different colours on their interior, once again saying that people are all naturally different even if they don't appear it on the surface.
Posted by Beth Taylor at 2/24/2015 10:05:00 am