Although I have designed all the different print outcomes for tis bier I thought it would be useful to consider the time frame for this advertising campaign. Because there are there different parts of the campaign I did consider a staggered approach, ordering the different pieces as they come into contact with the audience. However, the difficulty with this is that pieces such as the coasters and the stickers, would stay in use for a prolonged period of time so there is no way to really control the order in which people encounter the designs. So, instead of staggering the type of add tat the audience receives I would stagger the number. I don't want to swamp my target audience with everything all at once, rather slowly but consistently distribute the pieces over a long period of time. The message I am communicating is one that cannot be shouted but rather, slowly gleaned by the audience. I would want my campaign to stretch over a period of 4 months and because of the long-lasting nature of some of my outcomes my audience would very likely be still interacting with the pieces after the campaign has stopped distribution. With outcomes such as the coasters I would give three or four per bar or restaurant each two weeks, tis would be dependent, each time, of how many they had remaining; I have always found my eyes drawn to the odd ones out with coasters. With the sticks I would want only three or four stickers per bar or restaurant but again taking into consideration the total umber of tables they have and never going over half. These would also be gradually built on over the course of the campaign. The magazine inserts need a slightly different approach. I would go for a blanket approach in a staggered way; the first and last week of the campaign I would put them in the magazines discussed in previous posts. This is because this piece would be the most expensive of the three to produce and distribute so would need to be in shorter more conduced bursts.

I have researched the cost of an insert adding magazines already so I will get around to the slightly more knotty task of costing the coasters and the stickers. Because the website would be run with no profit, it would undoubtedly be possibly to walk into the independent bars and cafes that are so prevalent in Norwich and ask if I could give them these coasters to use. The added bonus of which would be the entertainment they provide with the augmented reality design. The stickers might be slightly more of a problem but not, i suspect, at such low numbers. The only trouble might be in the type of establishment I tried to place them. I know quite a few independent places that would be more than happy to allow such a positive message to be connected to them. Franks bar is one that has the exactly image and placement tat fits with the salt of the dart brand. 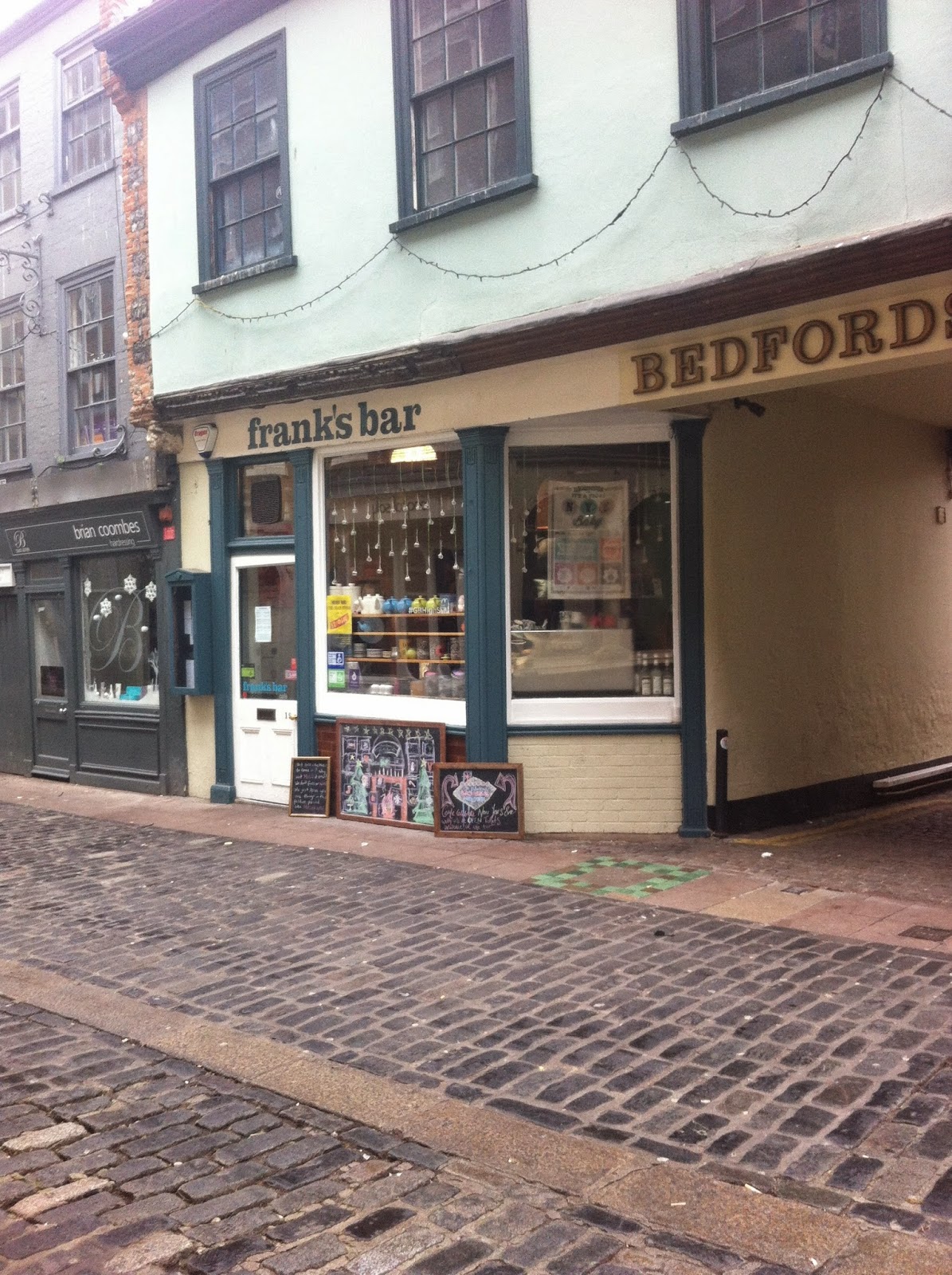 I knew that I needed a coated almost photographic paper that could deal with digital print (because the small numbers that I would be printing would be most economical digitally) but I also wanted a soft earthy feel that fitted with the nature of the website. When we had the visit from G.F. Smith one of their coated papers caught my eye. It is called heaven 42 in soft matt. It is coated and has the option of a practical but tactile 135gsm which would be perfect for folding. The only problem is that this paper is not double sided. However, I remembered that they can provide all of their paper in duplex form (sandwiched together back to back. In which case I would go for the lowest gsm of 115 so that when doubled it would still be foldable. Because I am unable to get samples in tie for submission this would clearly be open to change once experimentation for commercial print had been undertaken. 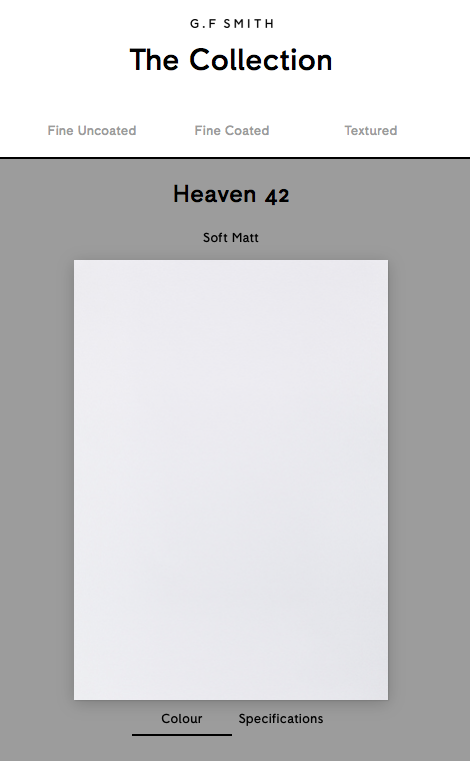 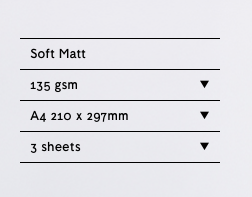 perforation, digital printing and die cutting are the three production methods that I need to cost.

For the coasters I found a website that would produce 100 in full colour for approximately £120, this is because the smaller numbers are less economic when taking in colour separations and litho printing.

The dimensions are approximately right and I cam amend my commercial print file to this size. Plus a 5mm bleed which seems to be the trend of printing such items. 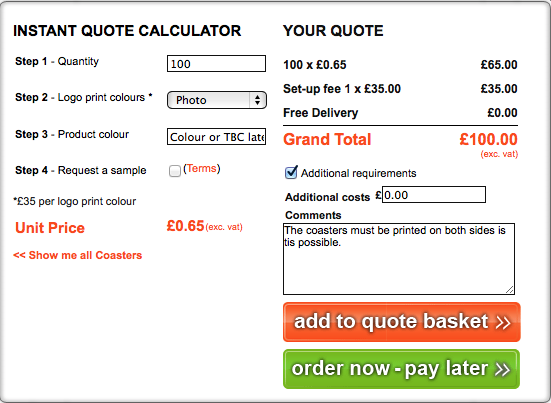 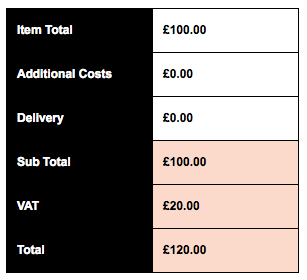 This quote could double since I would need the coasters to be printed double sided.

When it comes to the digital printing of the leaflet, leaving out the die cutting and perforation for now, I found a quote for 100 prints of about A4 scale. I think I would need about 100 to get the two releases in the magazines at the times stipulated above.

I got in contact with a print studio in Illinois because the specialise in die cutting and perforation. They gave me a break down of how they cost these processes. 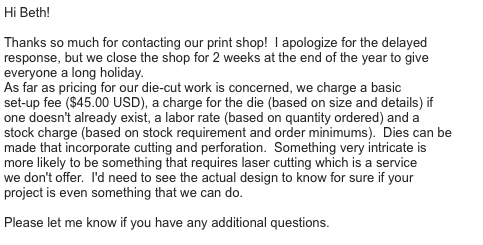