Although I had previously decided on the format of my three print outcomes for this campaign as coasters, posters and a table or floor sticker, I have re evaluated this idea and felt that I was only creating posters because the idea of a portal through a wall was appealing to me. So, I started thinking about my yuppie target audience and where they would be most likely to pause and really look at these adds and engage with them. The obvious answer to this would be at home or at work and the best format for engaging people in this situation would be in magazines. This got me thinking about an add in a magazine. I looked at layering the page designs so that it is interactive print even without the extra augmented reality aspect. I have thought about creating the impression of numerous holes through numerous pages through which you could see a snippet of a landscape photograph. This is a re invention of the portal idea shown on the coaster design creating a conceptual continuity through the different aspects of the campaign. I also looked at the idea of perforation around the logo on the page which the audience will remove to see the landscape photo through this. 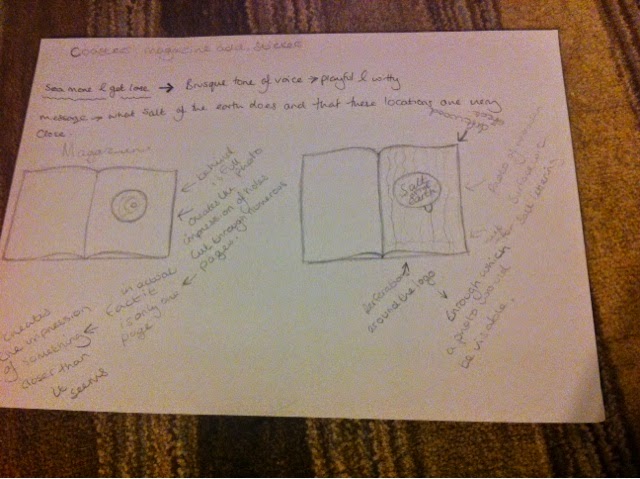 Subsequently I thought about the idea of a magazine insert rather than a page in the magazine, because of the way it suggests greater quality and importance. This got me thinking about what these leaflets would provide the audience with and then I got the idea to have a small card of some type with the information for a walk on one side and a picture from that walk on the other. Possibly on the outside of this card could be a sleeve of some sort that has the logo perforation idea so you still have that aspect of interaction that I like so much. 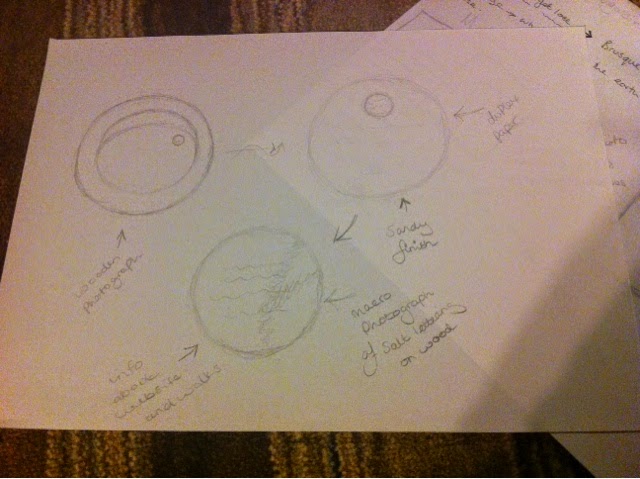 I have also started to consider what the information on the back of the coasters would be. I have come to the conclusion that I need a short explanatory paragraph about salt of the earth and how the augmented reality aspect works. I think the imagery on the back could tie in with the table sicker with a close in photograph of the edge of the salt lettering on the wooden surface. This would once again create a connection between the different aspects of the print campaign. 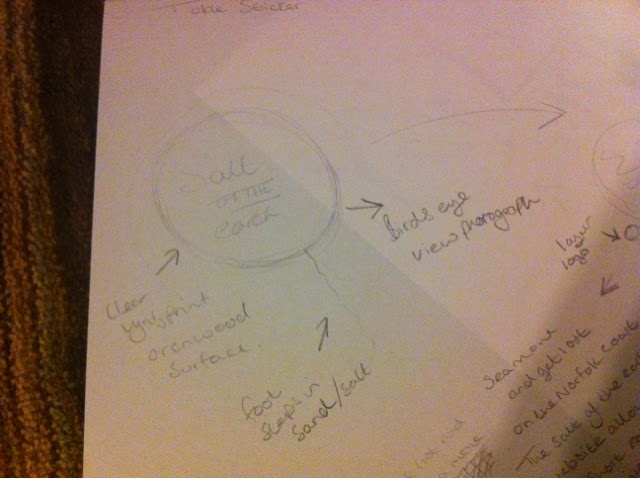 I also refined my idea of the table sticker, stipulating that the outer area of the sticker that is not the lettering would be transparent so that the illusion of the salt being spilled onto the table its self can be maintained.  Now I simply need to practice the salt lettering and see what is possible in this medium along with researching the print possibilities of this and the costs of printing onto clear plastic.
Posted by Beth Taylor at 12/17/2014 08:48:00 am