On the day of the Showcase Spectacular; an event where The Leeds Arts Party Handed out the flyers that I designed, they also asked me to produce a chalk board design. I was a very spare of the moment thing but we had a short chat as a group with everyone present and looked at the questions they had used previously in similar situations to evoke thought about their issue and we decided on the two questions you can see below.

I had very little prep time and just worked it out in my head. Research was minimal but talking to Fran about what she wanted to achieve in terms of tone of voice and aesthetic. She said something with a slightly DIY look so as to draw attention to the fact that it was hand draw, to the artistic skills and processes that they are all about.

I then set to it with a white chalk board pen and some very cumbersome coloured chalks. It took about three hours to complete but it turned into a sought of live illustration and a talking point in its self which worked out really well by initiating the conversations about what the Leeds Arts Party are doing.

I had a bit of trouble with some of the layout. For example, the arch of type at the bottom of the board was very difficult to get even and the r in the first 'arts' proved difficult to make both cursive and legible, but I worked it out in the end.

Although I had never done chalk board type before, it is something I have had  fascination with for some time. I had no time to do any research for this, but in a sense I had already done an awful lot. My pinterest is filled with examples of chalkboard hand lettering. 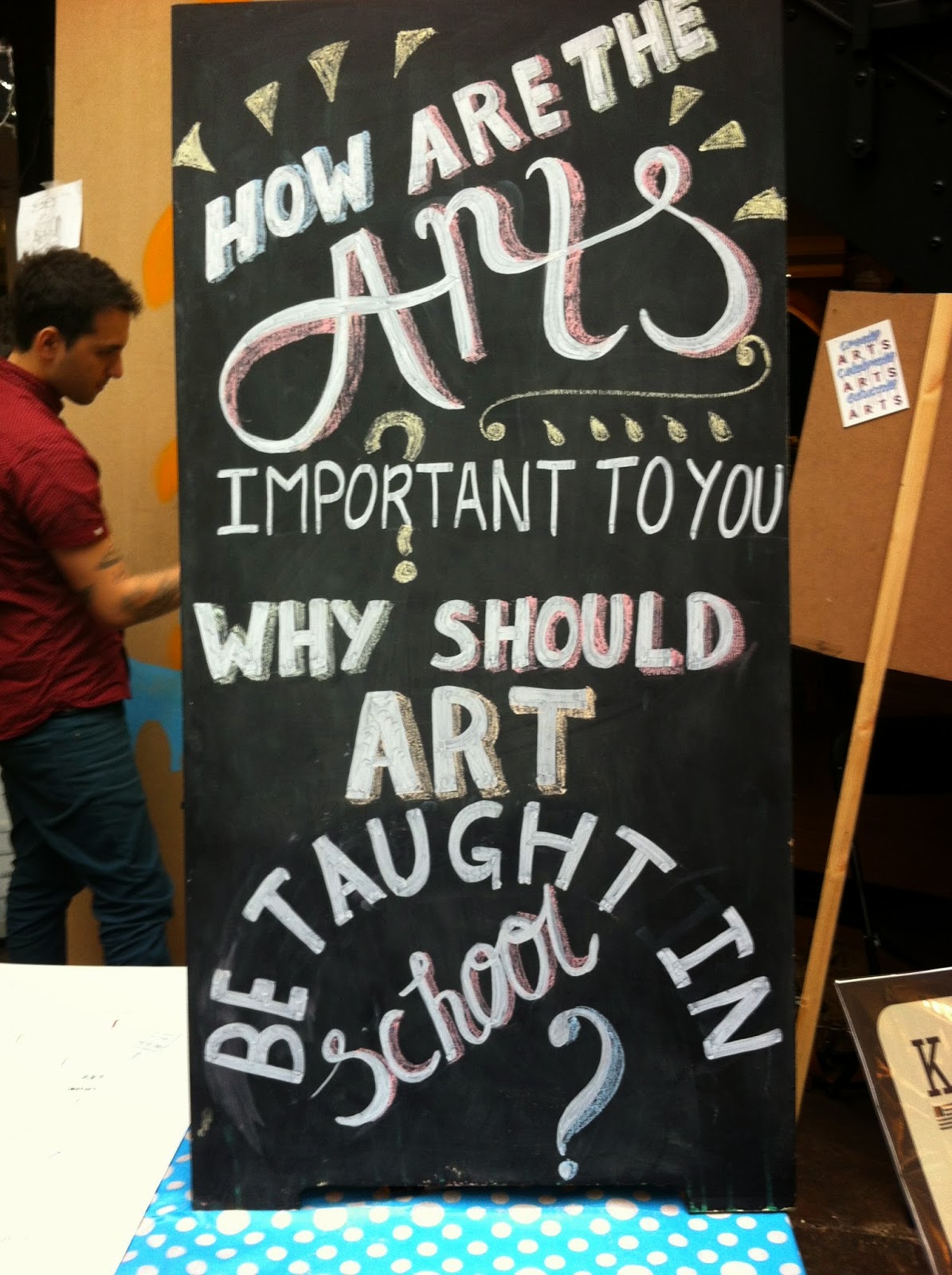 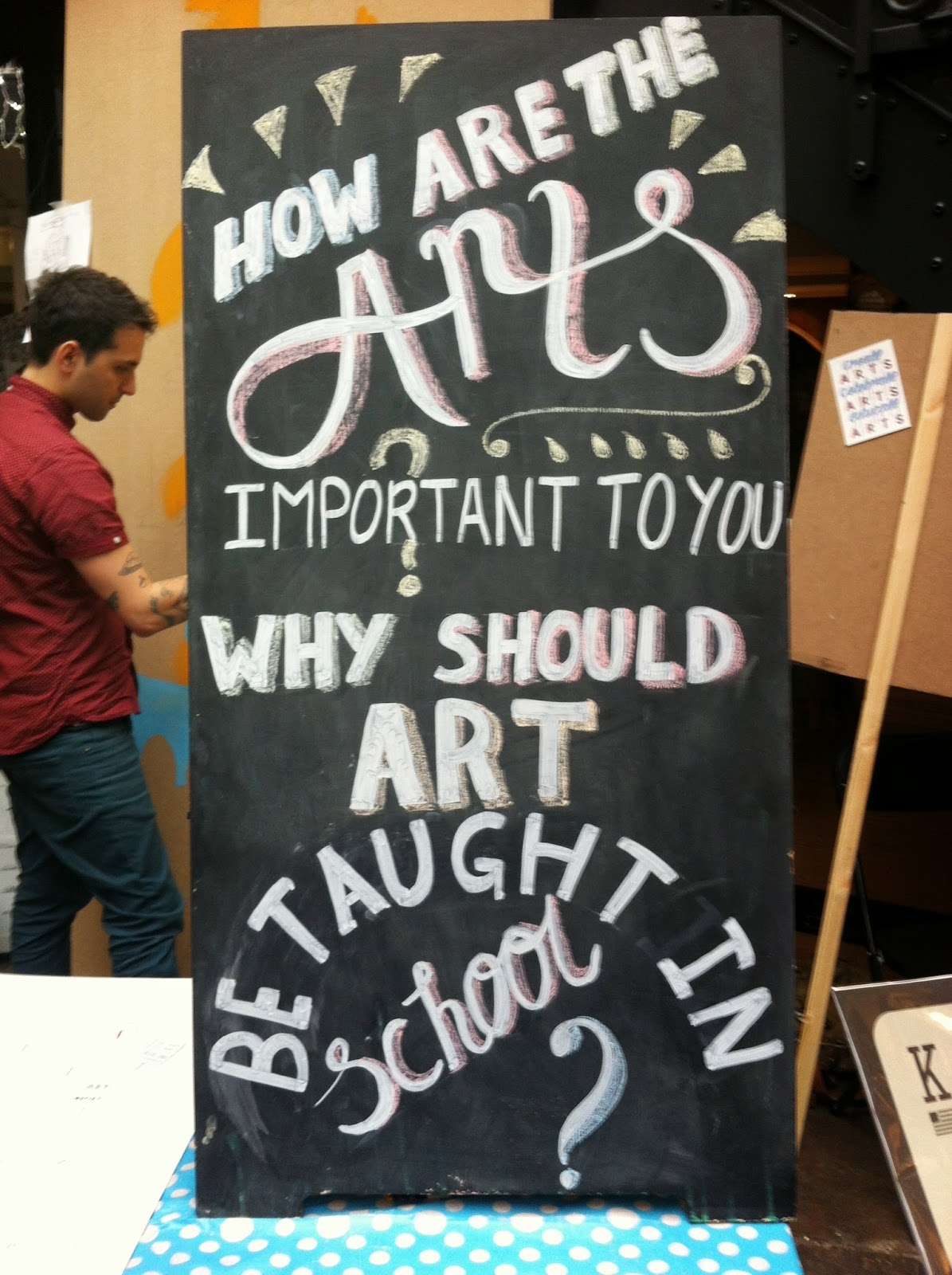 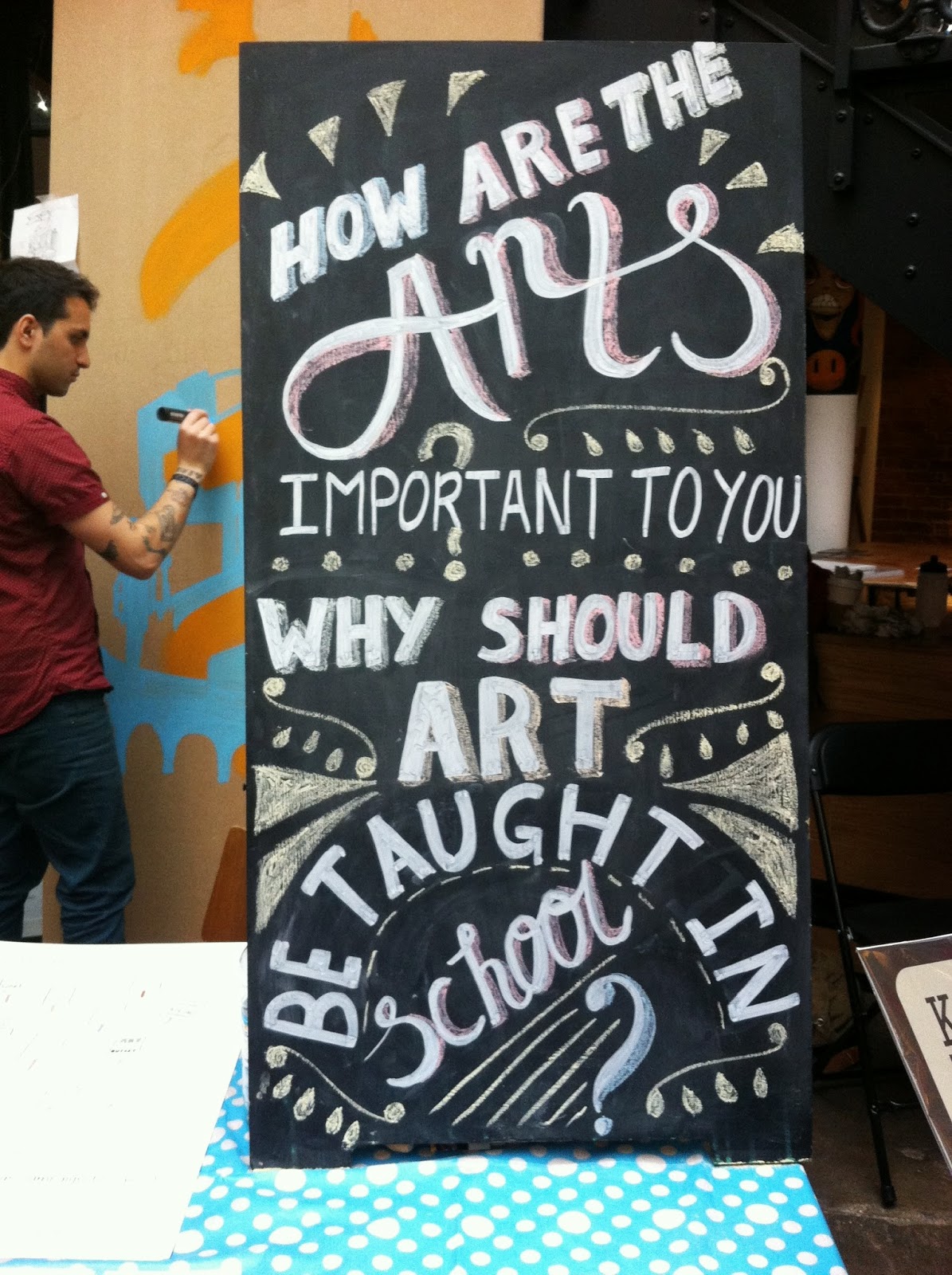 I am very pleased with the out come and I don't think that in that situation I could have done any better. However, I do feel that given time I could have done something much more inventive with the layout and used the space more effectively. I like that the first parts of each question are based around the type of the logo, it is legible and makes sense in terms of continuity. I do think, however, that I could have taken this theme of the multicoloured drop shadows and made something new and exciting. Perhaps in the future I will get a chance to do another chalk board design for them that is everything that I feel this design is not.