Before I started drawing out and generating my ideas I made a list of the possible messages I wanted to communicate with this advertising campaign. 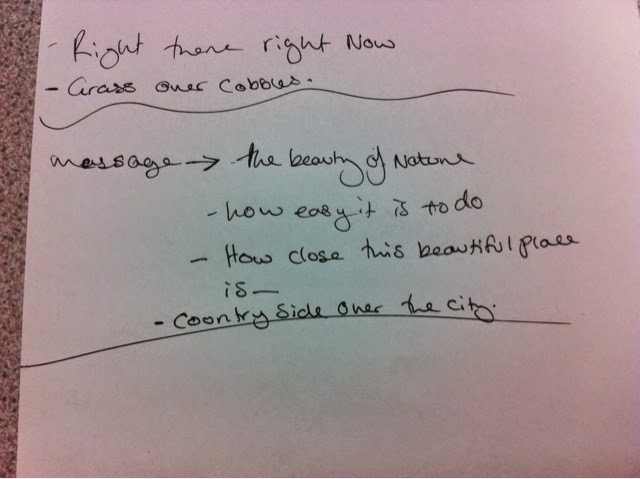 As I have had a while to consider this brief I have come up with a few slogans that could define these messages and communicate them quickly. The first of these is 'get lost and sea more'. As well as being slightly punny, this slogan has an assertive no nonsense tone of voice which fits with the 'salt of the earth' brand. There are several ways I could look into executing this. I have generated ideas like a compass themed brand around that of the existing logo as stickers on the paving slabs of Norwich. These would have dotted lines from them creating a rout to follow to the nearest billbord/ large poster, which would have one of the landscape photos from the website with the slogan and a URL or QR code to get people to the website. Another possibility with this idea is to create huge vinyl stickers that would go in the Norwich Forum (shown below) and make it look like one of the beaches that you could visit on one of these walks. 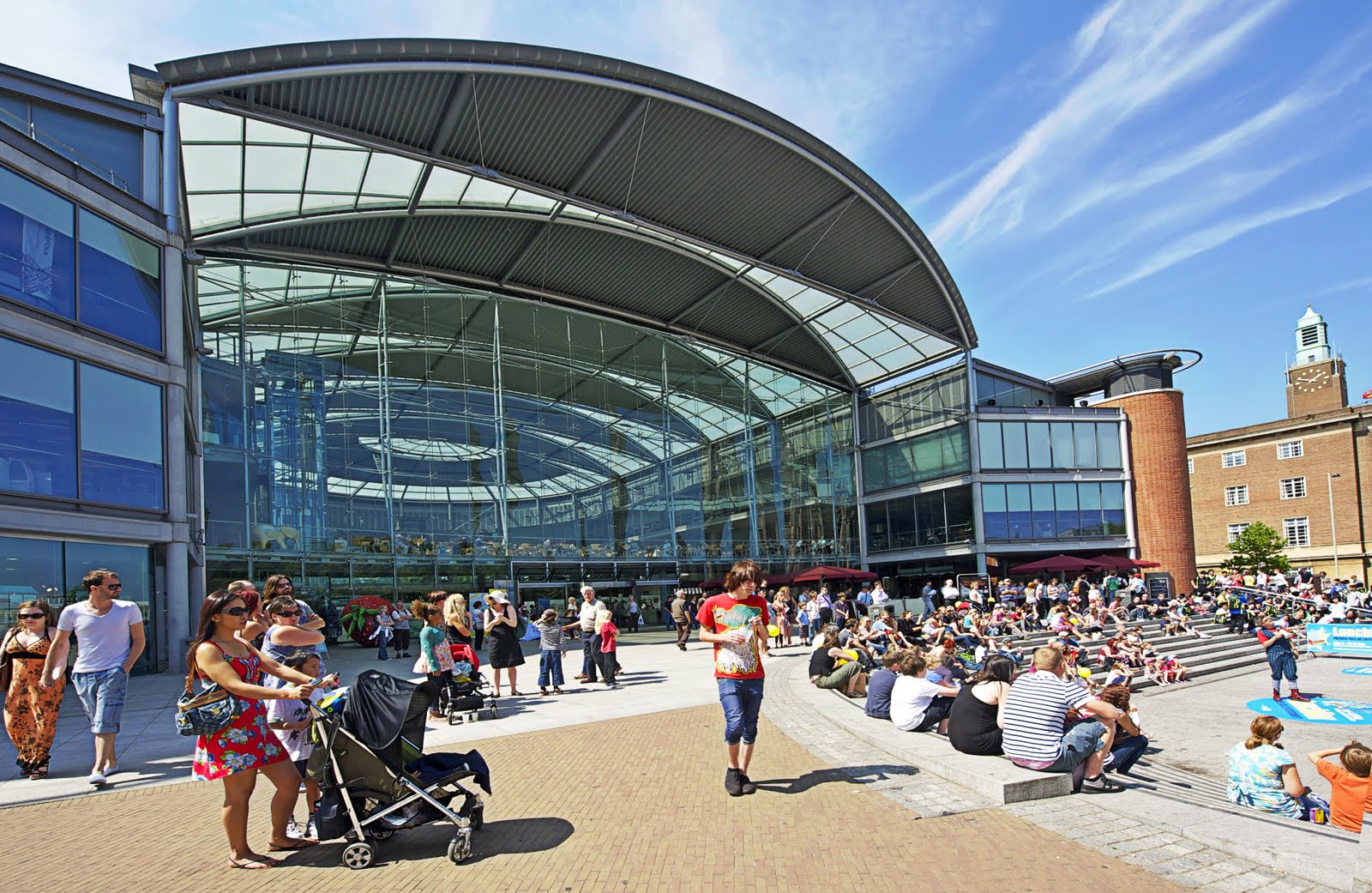 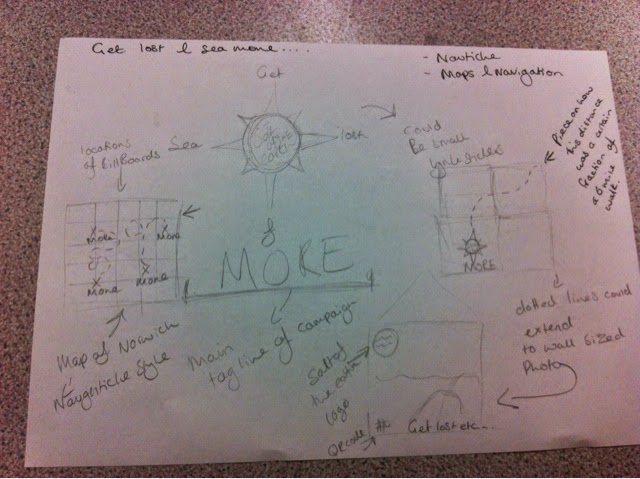 Another slogan I came up with was 'Talk don't Twitter, Walk don't Witter', the idea being the importance of real experiences over the limited and somewhat digital existence of the city life. While doing these sketches though I felt that this could be limited to simply 'walk don't witter' with the message that people talk about going and doing things like walks but rarely act on those words. Once again this has the no nonsense ring to it that I want but also a certain jokyness to it. I wanted to play around with perspective here because this is what I found made some of the best location dependent adds. I am looking at creating tablecloths that create the impression of seeing through to the floor. This is a really cool idea and something that I want to play around with as a possibility. I thought about extending this to coasters and posters as well. I developed this as I was sketching it into possible portals through to the landscape photos. This would work really well for suggesting that these amazing locations are really close. The next idea I was trying to convey was just this and was tied down by the slogan 'Just around the corner' but as I was sketching I thought about mixing the second option for the slogan of this idea 'Adventure is closer than you think' and the portal idea of the previous page. 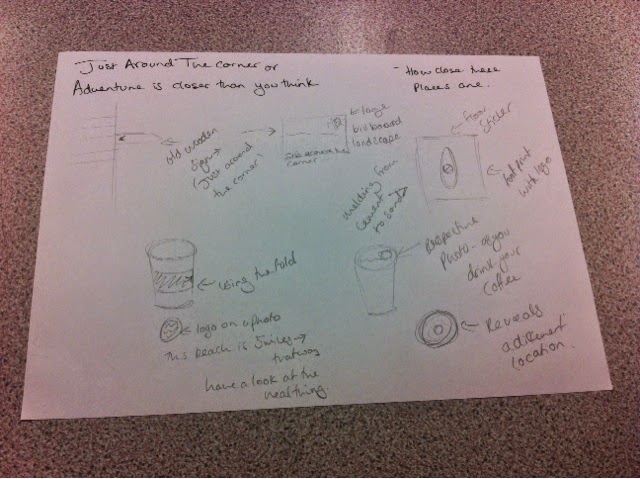 When thinking about the idea of the restaurant setting for these adds I had the idea to reproduce a salt version of the logo of salt of the earth, as if the salt shaker has fallen over on the table. This is something I spotted on Pinterest. 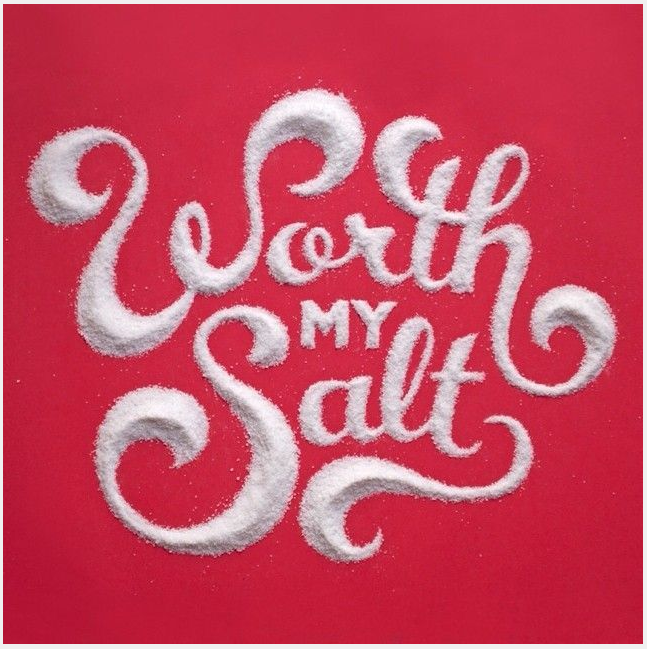