In an attempt to blend more seamlessly from the drawing to the photograph I had the idea of using a scanned image of a watercolour wash as the boundary between the two. The image below is the wash I did from tracing and transferring an outline of the image. 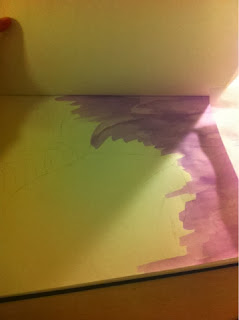 Once scanned in I used an adjustment layer to make the image black and white and overlaid it on the sandwiched but unedited image of the drawing and photograph. I then used a small brush and the eraser to follow the edge created by the water colour. 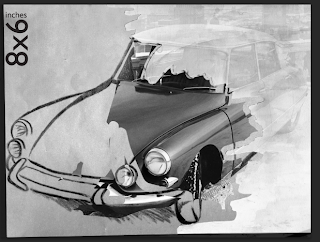 The result of this is shown below. Although this is no doubt interesting I think the extra texture that the edge creates makes the image far too busy, so I will return to using photoshop tools to blend from one to the other. 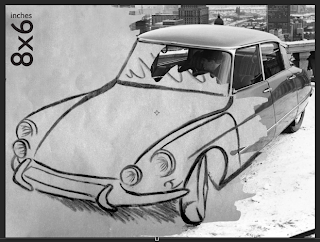 When printed there were some things that showed up on paper that were to on screen; the seem between the paper the drawing is on and the white background of the photo as can be seen below. 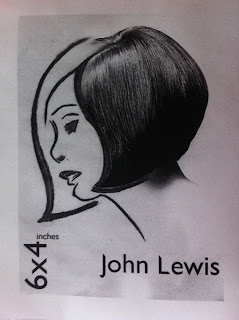 In an effort to overcome this I put a temporary Brightness/contrast adjustment layer so that I could clearly see the seem on screen. It then took a couple of tries to get the blending right, the winning combination seemed to be a use of a very soft eraser brush, the the smudge tool which is the blurred. 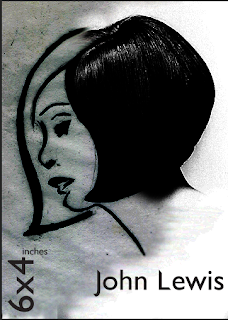 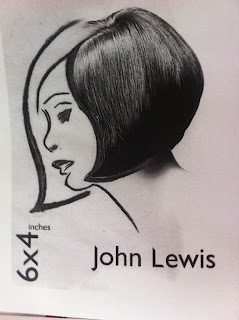 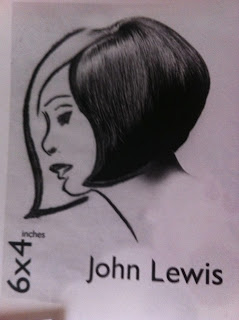 The image below shows the final printed result. 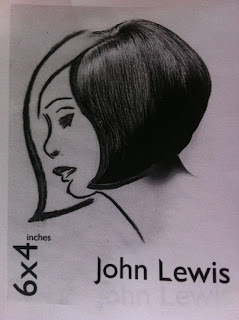 Something else I encountered when printing was the way that my designs looked a warm brown when colour printed despite the document being fully black and white. To solve this I printed the frameless to scale versions of the design through a black and white printer. The difference between the two printers is shown below. 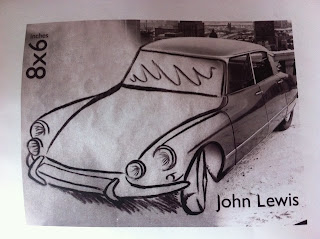 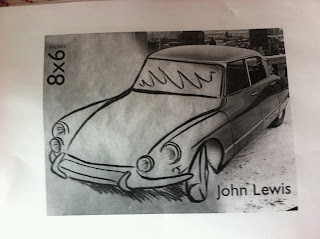