Before we started cooking we had to organise which ingredients we already had and which we needed to buy and any materials we might need for the packaging. 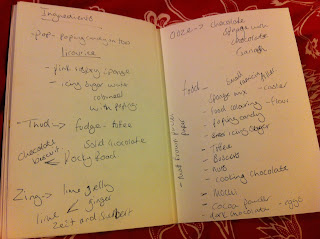 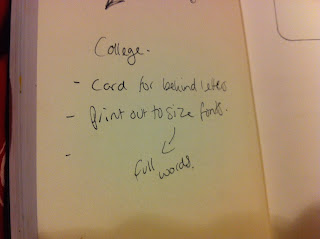 We decided that we would make the base for each letter the each of use would take two away and shape them into the intended letters. For Pop the pink sponge was a simple and basic cake mix and thud was melted down chocolate with toffee and hazelnuts in and allowed to solidify in the fridge.
When making the chocolate pudding for the O in ooze we followed the recipe I found in previous research. 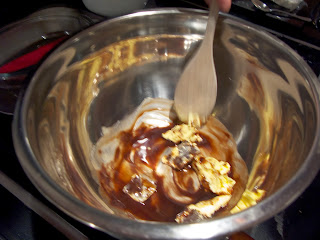 For zing we used a ready made lime jelly base but increased the zing by adding lime juice zest and finely grated ginger. 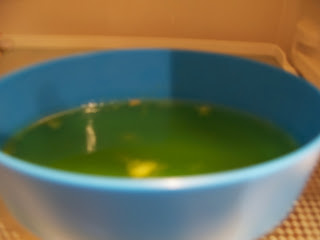 I then went on to carve the Z and O for zing and ooze using the print out of the fonts to size we had done earlier that day. The process shown below was repeated for the O for Ooze. 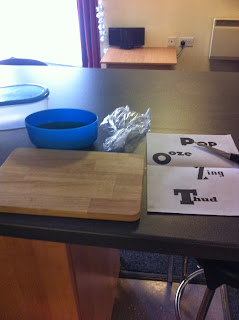 I overlaid the ingredients that I wanted to shape and noticed that the refraction of light caused the Z to appear larger as shown below. To allow for this I cut lengthways along each line with the tip of the knife in contact with the paper at ll times to ensure the size was accurate. This was important to achieve because of the small sections the box allows for these letters. 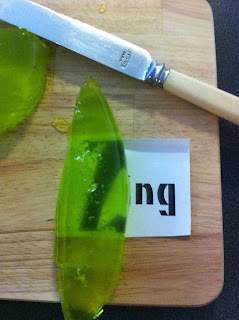 We choose Kino MT because it was in chunks of shapes to ensure ease of cutting. Although I had a hot knife to melt the jelly slightly when cutting so that it didn't split I found it easier to produce each section separately and then laying it out in the tuper-ware bowl. 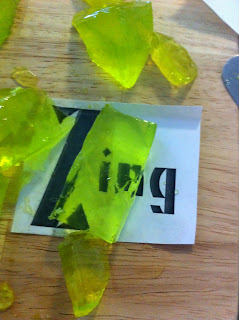 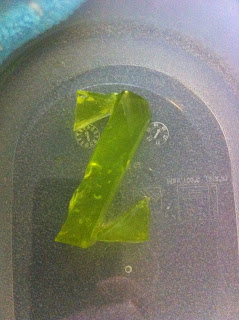 I then proceeded to do the same thing with the chocolate fondant pudding. I also put sherbet on the top of the three Zs that I mage just in case moving them from the tuper-ware to the presentation box. However, after a while it became apparent that the sherbet was dissolving the jelly, so I had to reshape some more from the jelly left and leave out the sherbet this time.