After further discussion between Roz and me we came up with a set of words that we wanted to use, with one extra just in case one didn't work. these were: pop, zing, thud, ooze and whisper. Previously when talking about this concept we had mentioned a comic book/funfair aesthetic for the packaging but this also brought to mind the problem of the packaging. Would we make the box from scratch, because we had a clear idea of what we wanted; a slim shallow box approximately A4 in size with four compartments for each word. The we realised that we could re-brand existing packaging to suit our purpose and the perfect shape can be found in  the graze packaging. 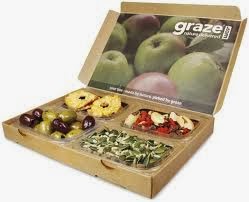 Once we had decided this we also started sketching ideas for the cover and interior designs and what we would draw from the comic book/funfair aesthetic. We wanted to create the full experience described by the onomatopoeic words in flavour, appearance and sound. The pages shown below are the result of discussions about how to achieve this. The fonts used for each letter were chosen to convey the weight of 'thud' or the sharpness of Zing but they also have to be practical so that they can be made in the materials that we are going to make them in. Roz will go away and look up a few possible fonts for each letter and when we meet up again we will decide the specific ones we want together. 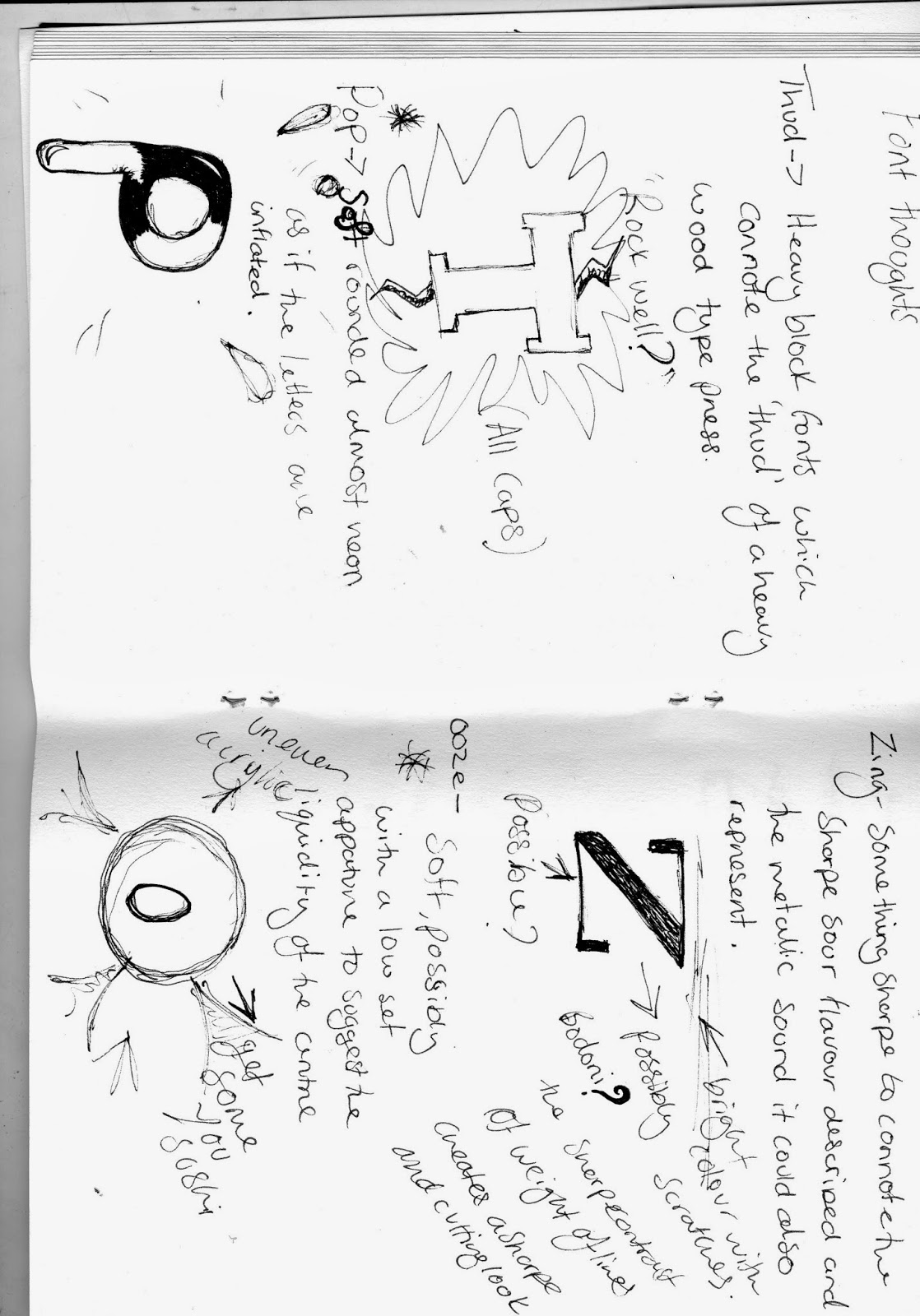 We have also started considering the graphics behind the letters so that we can visually convey the essence of the words in addition to the fonts being used. These are inspired by the comic book action words that you get. 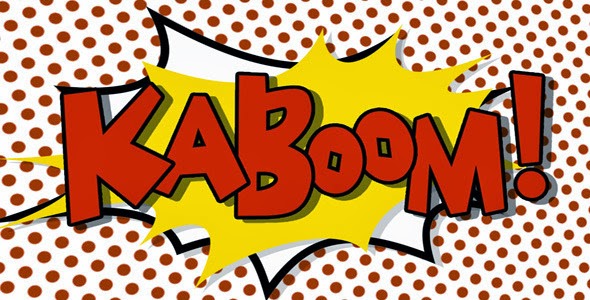 So we have decided to have the graphics interacting withe physical 3d letter, again creating a full experience of the words. We decided we wanted the paper to look like it was a solid surface cracked by the weight of the 'T' for the word thud, the 'P' will have splashes around it as if something has already popped there, 'Z' will be surrounded by scrapes and scratches as is the sharpness of the 'Z' has done this when put in place and the 'O' in Ooze will have a liquid spillage  around it.