Ater mocking up this design physically with a simple print out and an overlay of tracing paper with the charcoal sketch covering the left half of the image. The decision to use charcoal over any other media was made to emulate the swift flowing lines of fashion sketches of the sixties. 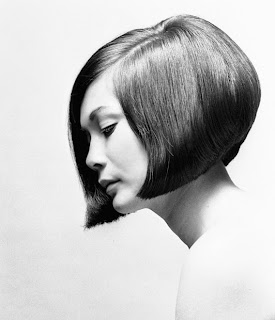 To mock up the digital version of this design I scanned in the charcoal sketch and set up a photoshop document to the dimension of the frame filler as outlined by the brief and cropped the two images to just more than half way. 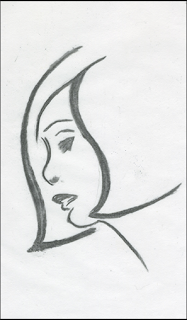 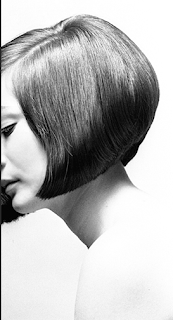 By reducing the opacity of the drawing layer I was able to get the positioning exactly correct.

Then by using a number of different brush widths and hardnesses I removed, gradually, the edges of the drawing layer to create the appearance of the drawing fading into the photograph.

I then used the clone stamp tool to remove any seems between the two different types of paper in each image. 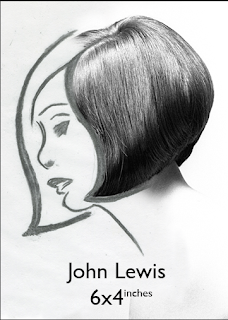 To get a better sense of the design in context I also quickly placed it within the frame that I wanted to fill at the beginning of the brief. 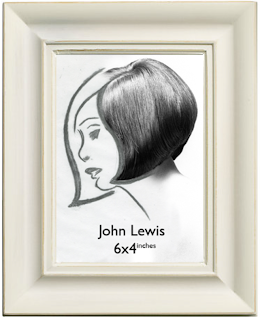 I really love this design and am very surprised with how well it turned out; I had expected mush more trouble with creating a relatively seamless progression from drawing to photograph. I think it captures the subtle quality and established look of the John Lewis brand. I will go on to create the 40s and 50s frame fillers that I have mentioned previously but I am afraid that I may not be able to make the other designs as effective as this one because it lent its self so well to the smooth sweeping lines of the charcoal.