The board started out as simple hand writing. It took a long time to clean down and it occured to me that i could add cost for a fresh coat of chalkboard paint when I start being paid for chalkboards. It would mean that each one would be much fresher and make my designs look cleaner. 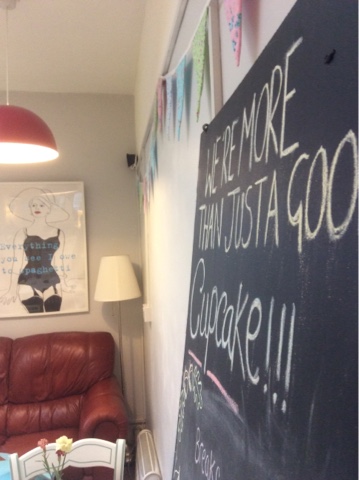 After about 7 hours of first gridding out the space from my sketch and then slowly but surely filling in the info. I found that the spacing on the all caps lettering was the trickiest thing to get right and stepping back from the design was imperitive to creating a balanced design. 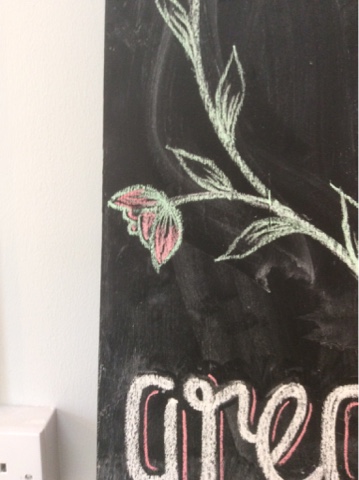 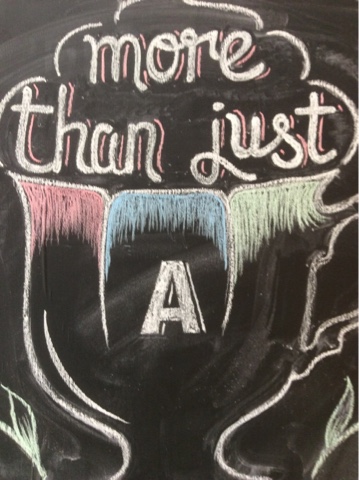 The cupcake illustration took a few tries but eventually I got the right balance of hight and width in the space availible. I do still feel that the colouring on this could have been done better. I think I want to look into making or buying somw chalkboard paint to experiment with this kind of colouring in. 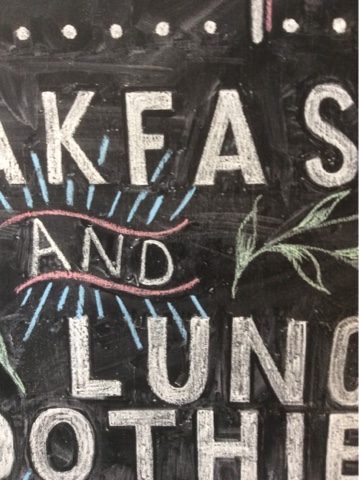 The 'ands' had to fit inbetween the other content and I thought that this might cause some problems. However, I soon found that simply creating a sense of depth by dropping the decorations behind the important info seemed to do the trick. 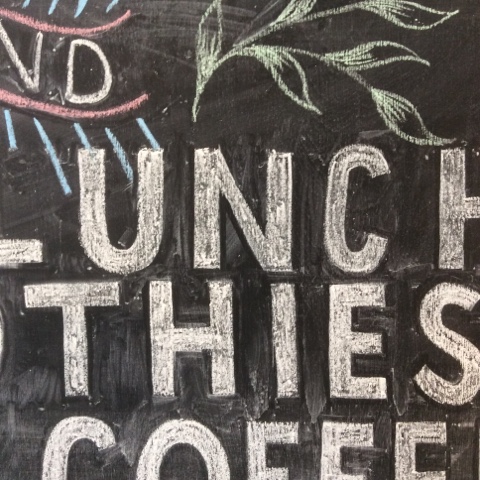 I am very glad that I practiced each aspect of tis design befoe I did it because the angular edges of this sans serif lettering needed a lot of work with cotton buds to achieve. 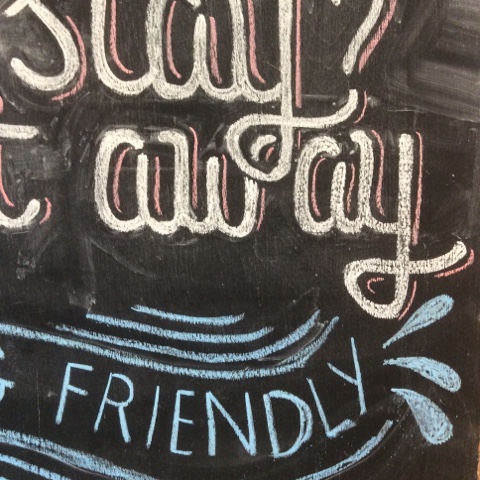 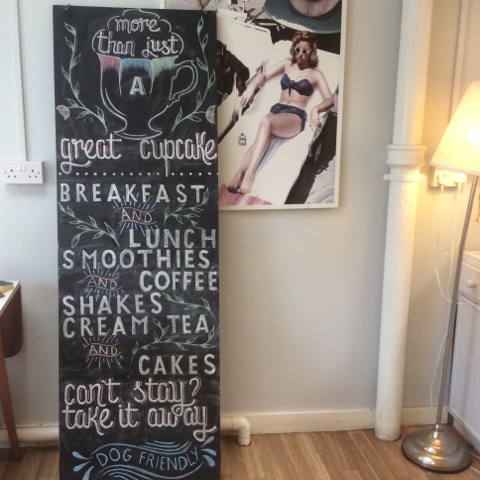 After seven hours of solid work (chalk to board) I am pretty pleased with what I have managed to produce, and so is the client!

For me the major win is the limitation of the lettering styles which makes it seem at least a little bit high end as chalkboards go. Something that I would change is the way the central section of the board is laid out. Instead of alternating between right and left justification to create more efficient use of the space, I would liked to have found a way to separate out the sections more so that it read more fluently.

Also I think I should have waited until the end to add in all the connecting words (and) because some of them feel maybe a bit squashed or off centre which could have been helped if I had waited to know the space that would have been fully available.

However, overall I think this is a decent chalkboard and an exercise that was very worth while. Not only did I get good clients that may become regular but also I gained a lot of experience from just working continuously for that long. I didn’t think I could do it, but it all worked out fine!

I have also learned that I have a few weaknesses that I need to address, specifically illustration on a chalkboard. I think perhaps a project for my self would be to do a number of illustrations on paper and then transfer these to a chalkboard. This could also feed into my COP practical research.