We had one more change to make to the logo since the last development and this was the addition of the societies symbol, which we had been told may or may not be a role in the SU next year. Once the decision had been made to make it a proper role we added it to our logo. 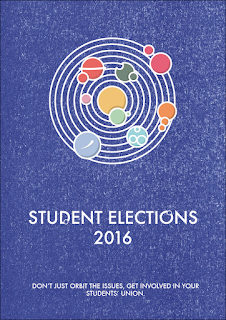 Both Billie and myself both looked at how we would do this individually. I looked at creating a planetary mass that would communicate the way that the societies role is a managerial role that oversees a lot of smaller bodies. I added a planet with small craters on the surface to communicate coming onto contact with smaller bodies. 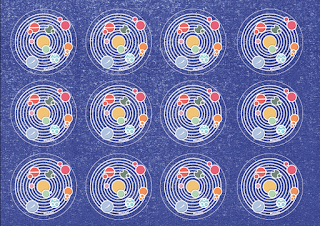 I looked at how this could work in the logo in sticker format which was an outcome that the SU said they wanted. I showed this to Billie and she felt that perhaps the placement of the planet on the lower right hand side of the logo made the logo over balance. 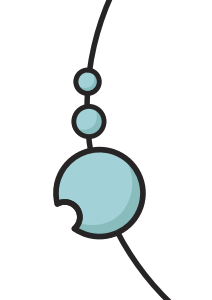 Billie took the concept that I had tried to communicate and came up with the design below. I agree that this seems a lot more balanced and open when at smaller scales. We talked about the different colours that we could use for this part of the logo and how it would sit with the others in the logo and against the warn intense blue of the risograph texture. 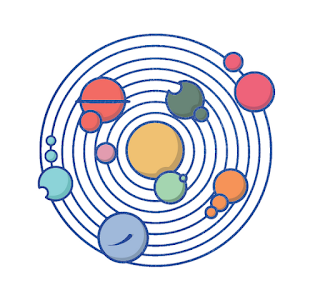 We also talked about the interior of the guide and the fact that we felt the blue risograph background works but might be far too intense were it to be on every page inside the guide. So we created a version of the logo that could sit on a white/stock background. Using the riso texture and a clipping mask to make a softly textured orbital path outline. 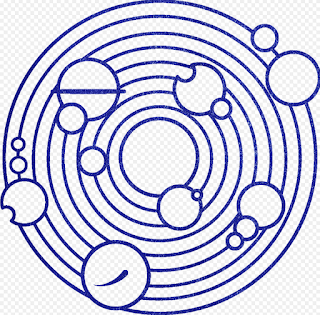 This is what we will look to use on the individual icons for the pages for each role, as well as possibly on any promotional pieces that we cannot create the risograph background on. However, we will need to control this variation of the logo and make sure that on every first point of contact with the elections branding we use the negative space version first (to mimic the experience of reading the guide) and to maintain continuity as much as possible throughout the campaign.