After our meeting with the SU about th project so far the main take aways were about the colours that we ca use now we have to rely on digital print outcomes. However, Billie and myself talked about the clour scheme utlined as 'muted brights' by the SU and took a few of the images we had collected in ou pinterest board stage and took colours from these as a starting point, tweeking them so that they worked cohesively together. 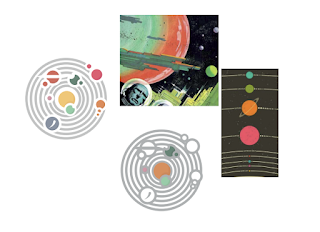 This seemed to work really well but we also found that the colour of the orbitl path was causing problems, not flattering the colours of the planets and dominating the image a bit too much. 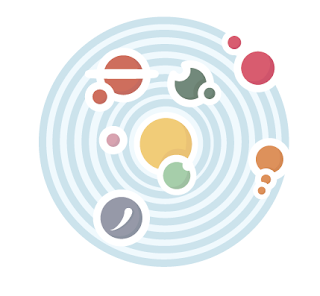 We tried a few different options, bringing the rsograph texture into play seemed to create a really nice contrast between the planets and their background allowing them to come to the fore of the design. However, we had our doubts about the line weight of the whole design. So, we tried it out on a deep blue risograph texture because we felt it gave the design greater context and helped communicate the solar system concept. This deep blue also gave a solid identity colur to fall back n in the brand guidelines, which was smethng I was becoming concerned about as the colour scheme became more complex. 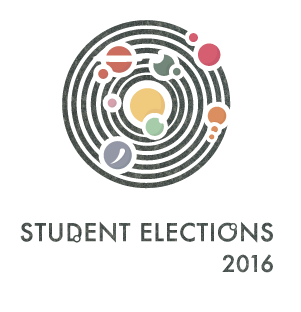 When put in this context on this texture, the clear front runner was the thinner lined logo design that Billie mocked up. 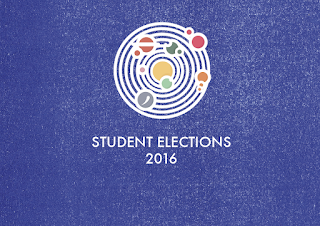 It just has better decernable visuals that ae more identifiable and definite. Also, the edited text works really well with the thinner line weight because the circle modifications are a consistant lighter line wieght. 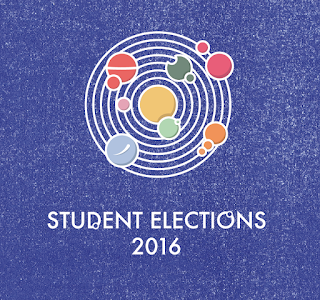 Billie and myself talked about the fact that the logo lacked depth especially when on the risgraph texture, because the texture tlooks so tangible, the vectors look lifeless in comparison. So, I came up with a way of creating soft vector shaddows to each planet to just suggest deth in the gentlest way and to draw attention first to the planets (a.k.a. the roles) which are the focus of the campaign. 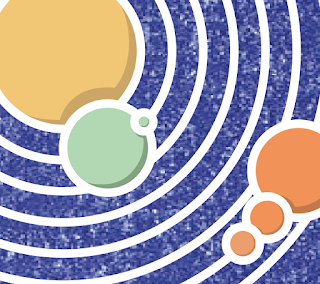 We felt this worked really well but also tried out adding thr risograph texture to the planets as well. Just to see if the textural contnuity helped matters much. 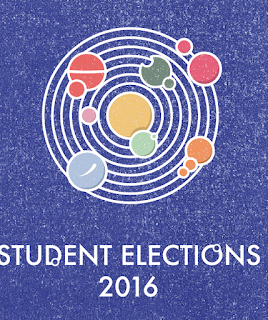 I think this looks really great. However, we had a brief chat with the SU and the majority vote was for the vectr planets and risograph background. THe argument was that the vector planets come to the foreground in a more decisive way, which is more beneficial for the communication of the design and he later establishment of the separate symbols for each role from this logo. 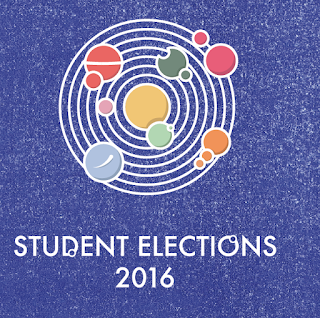 Billie also tried out numerous different backgrounds, to make sure that we had the best solution. 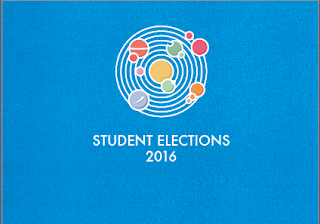 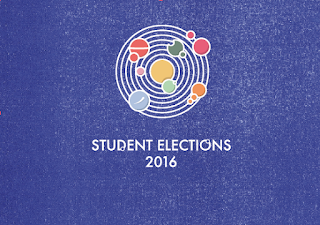 Although each of these have their aesthetic merrits, it was cear that emma and Kaitlyn from the SU wanted to context of space that the dark blue risograph provides and the other cannot. 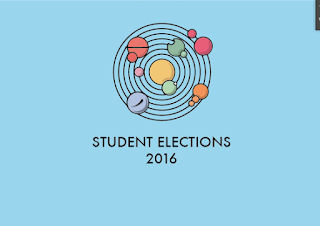 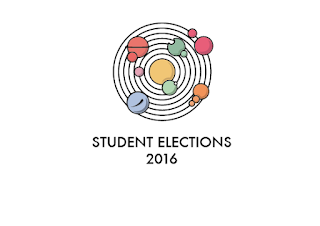 As mentioned in the privious post, the SU wanted icons to put with the planet symbols to help communicate what the roles involve. 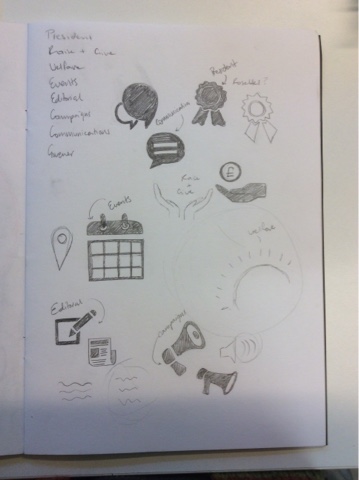 Billie and myself talked about what each rle involved and how we could simplify down each concet to create a straight to the point depiction of the role. Billie sketched these out and got to creating the vectors of each symbol. 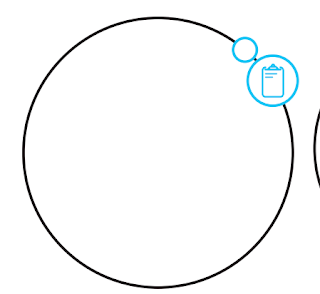 Student Govenor was a role we wrangled with for a while because it is basically a kind of head student representative that has to go to a lot of meetings and do a lot of administrative work. A clip board was the only way we could think to represent this, and when we talked to the SU about this they seemed to think that this was great and represented the role perfectly, so rethinking seems to be unecessary in this case.

(the blue colour of these is simply a working colour and nothing more because I was working n the colur scheme while Billie was doing these.) 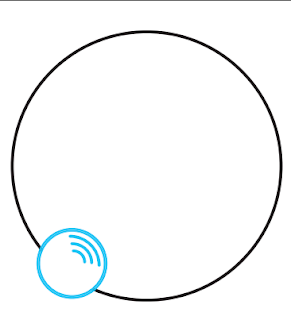 Campaigns is all about shouting about the issues that the student body care about. We when through a lot of itterations with this one. The angle and curve of the lines making a surprisingly large difference to the way the icon read. Eventually we settled on the one you can see above which is just off a fully even circular curve. 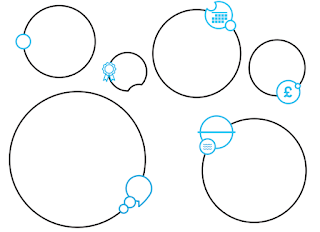 Editrial, events, rais and give, president and communictions came fairly easily as Billie and myself ha talked about how they could work already. However, we think the president icon needs a bit of stripping back becasue it appears much more dense than the other roles. Below you an see the different stages of development that Billie went through for each of the icon designs. Although we still need welfare and societies icons, we will get to those in our next design session. 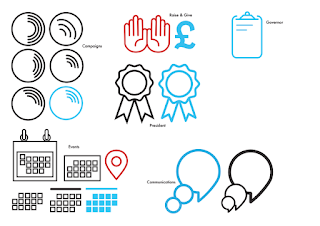 We find that working togethter, in the same space, but not necessarily on the same aspets of he design work is best for us. That way we can talk about what we are doing a gauge feedback immediately without having to wait arround. This project is working out really well. Wen twe do have dissagreements about something we just talk through ou reasons and a solution is always found. A great collaboration all round so far!