I have been talking to Billie about this project for a while and just recently she suggested she get involved, mostly to lower my work load. So we got together to talk through the project so far and make some digital mock ups to pitch at the next SU meeting.

I used the very basic sketches that I produced when trying to allocate roles to planets (detailed in the last post) to make up some vectors for each of the roles in the SU. 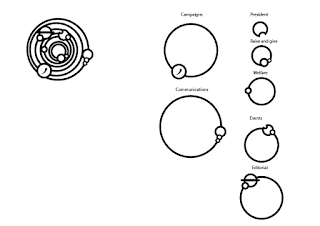 Billie and I talked through the symbolism of each icon and the role it related to. For example, the way that the campaigns symbol has a comet flying across it, suggesting positive upward movement that fits with the fact that the role is all about positive political change and making it happen. Also the editorial role has rings and a moon, this is intended to suggest the way the role means work and contacts outside of the college and gaining experience outside of normal college life. 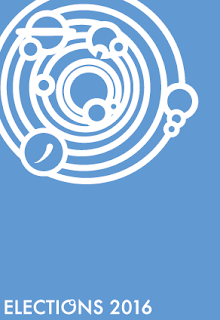 Becasue of our researchh into the risograph printing prcess and the Footprint printers we knew we wanted to make use of negative space, or rather the colour of the stock. So we chose a basic filler colour that we know is possible with the inks that footprint have. I looked at putting the logo slightly off the edge of the page to play with 'activating' the negative space as a clour in the design. I think this looks great but Billie questioned the purpose of this in terms of message, so perhaps this should be brought u at the next SU meeting. 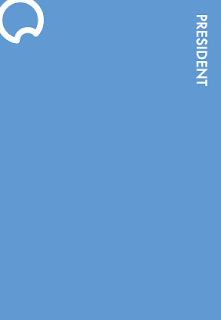 I tried out the separate icons for the roles as if they were being used in a booklet on each page of which the roles are explained much like the guide will be. I referenced the 60s design that I found during my research by implementing vertical type. This is something that I think looks great here but possibly dissrupts the continuity of the brand if vertical type is not used there too. Possibly another thing to raise with the SU. 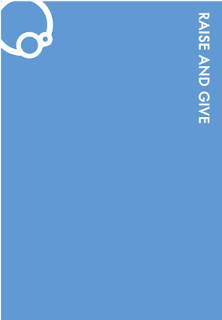 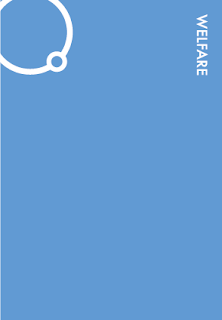 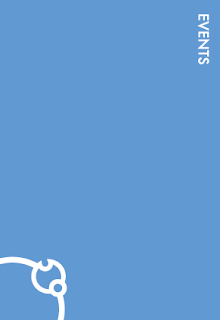 Originally Billie and I were thnking that all the seperate icons could go in the same top corner to suggest the way the interlock and relate to one another. However, upn actualy doing this I found that some of the icons would have important parts cut off or have to fully be on the page. The only solutions to this were twisting the icons so that they became fully visable (which effected the ease with which the icons could be identified, because they change slightly in each location) or to change where the icons were placed on the page. 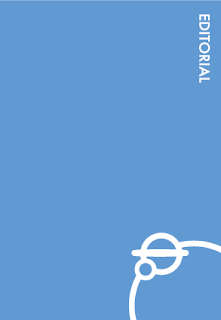 This seemed to work a lot better and again add in that feeling of flexability and playfullness which such a simple design can risk loosing.

When it came to the typography for this campaign I went through a number of different fonts each creating destinctly different tones of voice. I revisited the 'watch words' that I had chosen earlier in the brief and started to look at creating this in terms of the combination of the font and the image aspect of the brand. Excitement, enthusiasm and scale. I looked at matching the sillhouette of the vectors with soft rounded fonts such as BP Replay and and penultimate and contrasting it with more angular punchy fonts like Lemon/milk. In the end I felt that that a slight contrast was better because we needed the addition of some scale (the idea that something big is happening). I looked back at the space age design and how they achieved this tone of voice. This lead me to the 60s font Futura. Not only did this sit next to the vectors beautifully but also it has such strong structural forms tht if we choose to customise the letterforms at all they can take it. An example of this is shown above where I took thesimple  shape of the planets in orbit an applied it to the letterforms. This can work on its own as a type only logo where the space availible is limited. 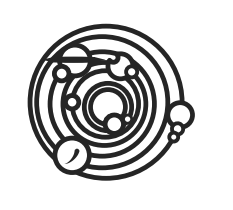 The original layout of the system was quirkily wonky as is shown above. However, Billie questioned this and looked at regulating it. 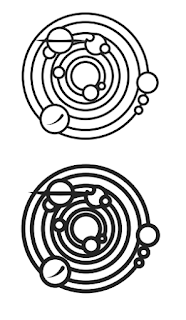 This made that planets in the system really stand out, which looks great. We alos looked at reducing the line weight just to see how it looks, but I still feel that we gain a friendly and approachable tone of voice with the heavier line weight. 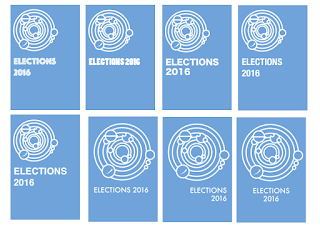 Billie also loked at some type experimentations, going on from my finding that contrasting the soft shapes seemed to work best to create a sense of scale and importance. Billie mocked up some different ways to justify the type. after some discusion we felt that the right justified type worked best because it balanced out the slightly left weightled logo image. Also it creates a visual hook to achieve easy continuity with title text later in the booklet and othe applications for the campaign. 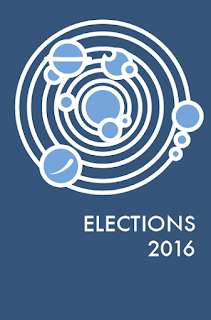 We then talked about the risograph process and how it would be possible to use different intensities of the same inks and how we wuld want to draw attention to the planets in the logo if we could. 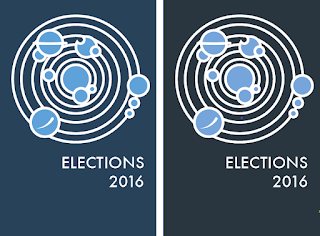 Billie mocked up some optional guide covers and different colours just to see how it might look. 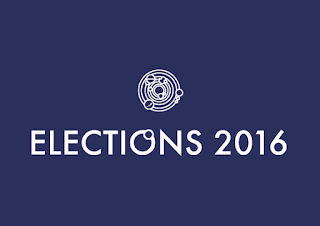 We also looked at combining the edited type that I created and the new regulated logo image just with one colour, to back t basics. This shows how the logo could be used on slides for presentations, which is a consideration for the SU. 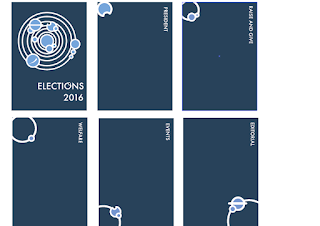 I went back to the earlier interior designs that I made and applied our favurite colour combination just to see if two colours coud work for this project.

There are a lot of questions that we have got from this mock up session but also we have found that we work together really well! The next step is to take most of these visuals to the next SU meeting tomorrow and get some answers and direction. Also it would be useful to go and talk to footprint about this prjct specifically and find out if we can achieve what we want. Even get some visual textures to work with digitally to get a clearer idea of the finished designs.