One of the main resources that I used to look at the structure and traditions of Illuminated Manuscripts is this collection of postcard images which are close up images of various famous illustrated manuscripts. There are a few specific trends that I noticed and taken through to the design of my DR ME piece of print. 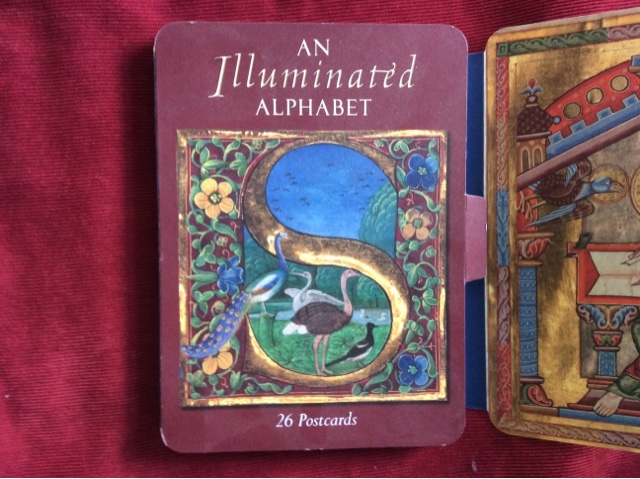 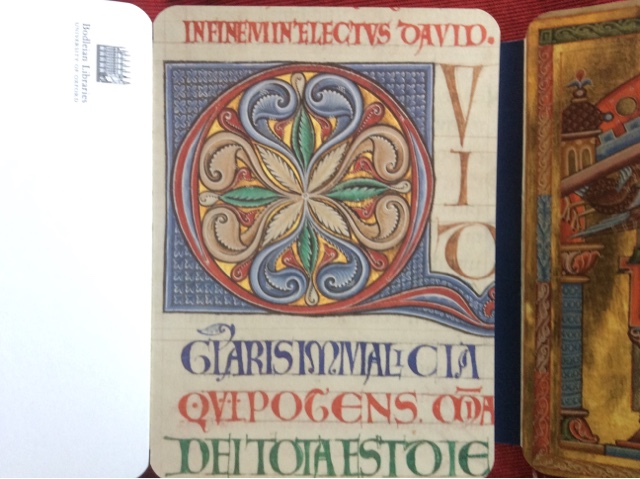 The interlocking stylised plant forms are often found inhabiting the capital apetures. Sometimes they extend further than the bounds of the letter creating a freeform space of the page its self. However, there is a radiation of repetition and reflections of the patterns to achieve a sense of even pattern where no one area is favoured within the pattern. This could interact with the foliage part of the design, if I use digital means of creating them. 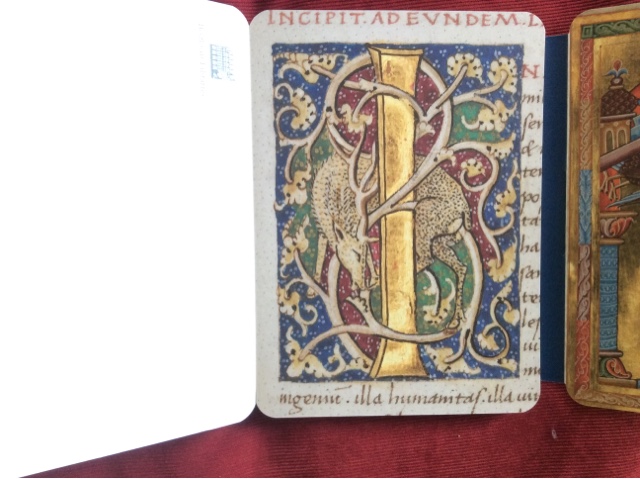 Often the more realistic botanical forms grow directly from the letters themselves bonding together the two aspects of the design. The integration of animals in the designs also popped up a lot. They are not always as realistic as the one shown above. In fact they are mostly fantastical or mythical creatures which have no place in reality. In order to ground my concept I have been thinking about ways to interact my skills or selling points as a designer. This is where the mythical creatures could come in. I have been thinking about this for a while but I would like to create some anthropomorphised representations of my digital and analogue skills which could wonder through the botanical patterns. 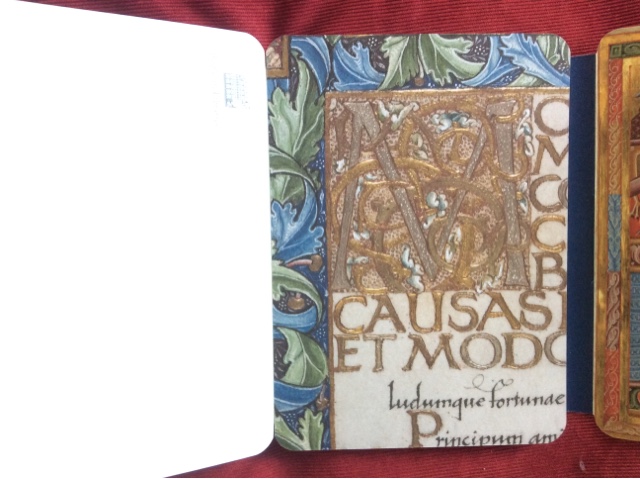 What struck me the most with this design was the interaction between the letter forms and the stylised representations of the botanical structures. One leads through to the other in a natural progression of form. the twin metallic inks also lends its self to this effect. The link of botanical and glyph a a point at which the two elements of the page are united, contextualising the separate use of the forms in other areas of the design. I want to integrate this into my own work. This could be done by using the points of blackletter forms as the stems of branches or simply through the use of colour (as shown in the use of metallic inks).