Once Jess had done the illustrations and scanned them I edited and placed them.
Mostly this was a matter of removing the grain of the water colour paper which would get in the way of a seamless placement within the design. 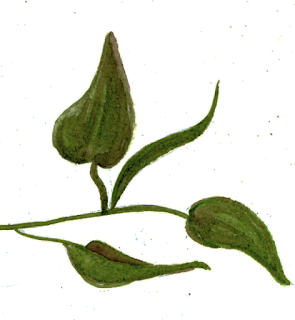 This involved working to a decreased brightness layer to remove all visual noise (to avoid surprise marks when it comes to printing.) 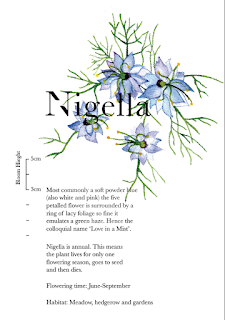 After this placing the images was a matter of trial and error, endeavouring to use the negative space of the capitals wherever possible. The illustrations were placed free from the grid developed for the typographic layout. This was because I found the irregular shapes leant themselves to a more intuitive  positioning, the key being taking note of the direction in which the plant is growing. 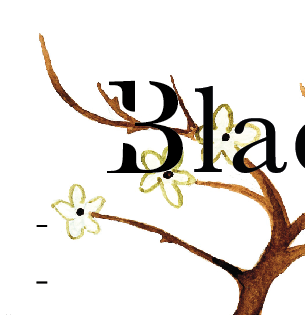 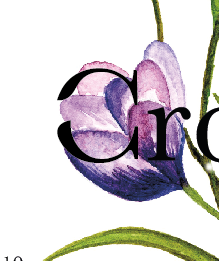 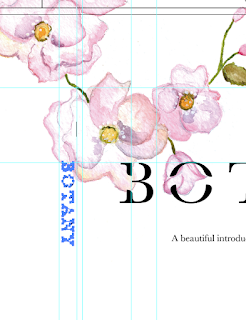 Making contact with Hobs gave me the spine width and creep measurements that are needed of the printing. Jess has previously had work printed and bound by them and she suggested it for this publication to get as professional a finish as possible. 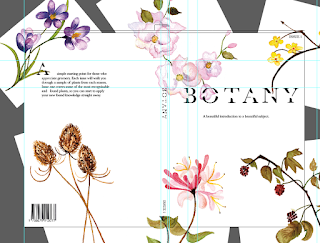 Again using the growth direction of the best seasonal plants they were arranged as if they were growing onto the cover. When at Hobs dropping off the files for print I chose a silk finish off white stock at 250gsm for the interior pages and 350 gsm for the cover. From the limited stock they had this was the most natural of appearance (t fit with the content) and the finish placed the publication somewhere between a magazine and a zine with its slightly more matt finish.