As part of the project for FAFF I wanted to sound some time looking in more depth into feminist history. I have done this by reading the works of two seminal feminist authors. 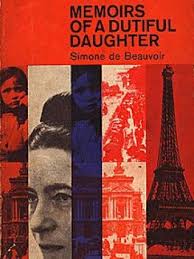 This autobiography is on of the oldest texts I have read on the topic. It had a completely different tone of voice compared to the brash and humorous one that i am used to in modern feminist texts. It is so carefully considered and tracks the development of feminist thoughts in one of the movements foremost thinkers. The stand out point is the way that her childish logic so blatantly reveals the ridiculous assumptions of the patriarchy and the oppressions of such. The perspective of a child, early in the novel , puts the sadness of sexism. for example, she asks why she cannot go to war like the boys and defend her country. The answer she gets is that she is a girl, no explanation, just laughter at such a suggestion. 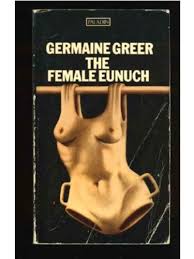 This idea of the removal of the activeness of women in society is at the centre of the Female Eunuch. This passiveness is explained to centre around the social removal of the active sexuality of women. We are encouraged to be modest to never admit to sexual desires or even pleasure, we are objects to evoke rather than people to feel. Although I feel that Greer expresses some opinions I fully disagree with, mostly concerning transgender issues, it is an interesting and academic examination of the issue which is enlightening in its effect on subsequent feminist ideas.