Using the photographs as satrting points for the typographic grids on each page seemed the natural thing to do to ensure as full legibility as possible. Using the colours dictated by the branding to help create hierarchies of information. 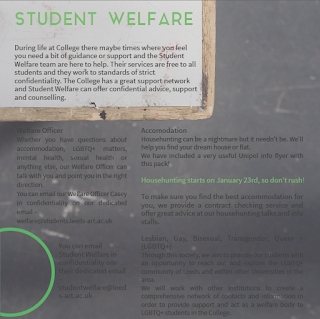 Some background colours worked better than others when it came to framing the text and ensuring legibility. Also textural complexity in the photos also made text illegible when placed atop it. This cane be seen in the images above and below. Above: the background is too dark for the text. Below: The texture is to busy to allow the text to come to the foreground. 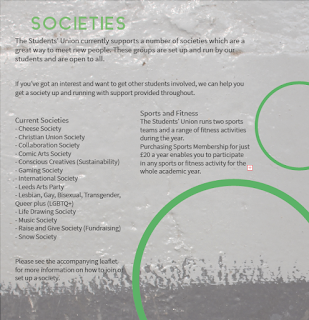 From the body copy I knew the number and scale of the images that the SU would be supplying, so created place holder frames from the logo green. Each frame cuts across the frame as if it were the top of the drop pin from the logo. However, only in one place a complete circle is used to frame the president's photo. This was something that the SU particularly asked for and it seemed only a small compromise. 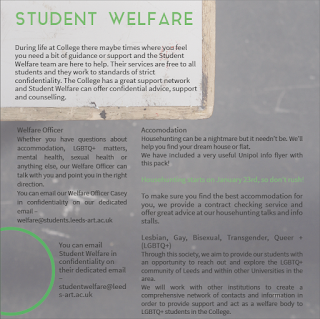 In an effort to remedy the too dark backgrounds on a few of the pages I reduced their opacity and this also created a really unifying look for the images, bringing them together and allowing the content to be the focus. 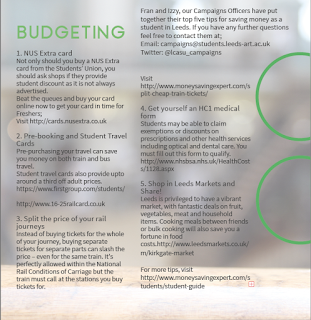 Overall A two column grid was stuck to where possible with a continuously maintained standard gutter width, vertical and horizontal margin. However, it took a while to settle on left justified text or fully justified text. I mocked up two pages with the two options on and the SU went for fully justified. To achieve a loot of relatively smooth spacing this meant I did have to often individually adjust a line or two, just enough to make the body copy appear smooth. 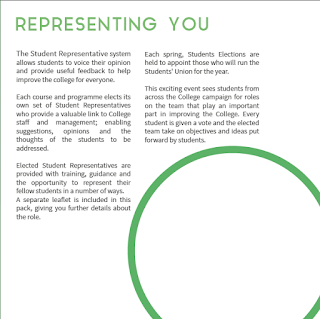 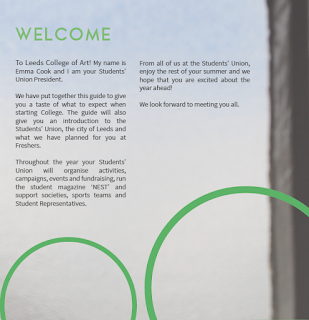 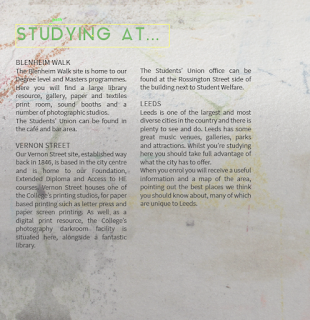 As you can see at the start of this project, layout was not my greatest skill. However, after talking with the SU about the most important information on each page and how they wanted each information hierarchy to fall I really started to understand what they wanted. This was one of the issues of working all the way in Norfolk on such a large almost collaborative project. We agreed that to achieve a more bright and welcoming look they wanted to introduce the secondary colour of the logo, the bright orange. This allowed amuck more effective creation of the information hierarchies. 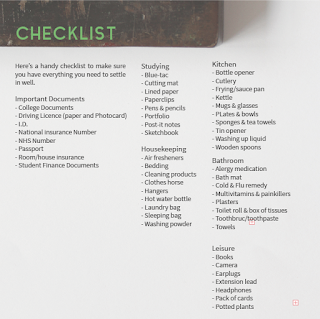 One page in particular demonstrates this change. I struggled a lot with the check list page because of the odd structure of the information. To start with I simply dropped the information into the grid and couldn't go much further, although I knew it was horrendous. 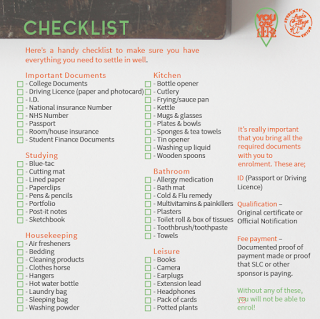 After introducing the colours for establishing hierarchies I came up with two options for the layout of this page. The creation of a third column was necessary and meant that some of the most important information could be separated from the pack and communicated more effectively for it. I also had to move away from my personal need to create more open light space on the page. Every time I did this the SU said that it looked cold and un welcoming and I do understand what they meant, this in its tone, needs to be bright and chatty, not cool and minimal. In the end they went for the layout above. The implementation of this two colour approach throughout the guide allowed this bright tone of voice to be maintained. 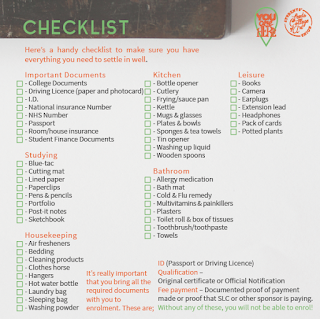 Once it was complete and the SU's own designs for add had been dropped in, over which I had no control unfortunately, the guide was complete. It took a long time of talking through the layout and pricing of processes with precision, the full extent of which I will not bother you with. Although, I will say that it took approximately 16 calls over 5 days. However, once we had agreed I sent the layouts below over for their examination and a mock up print. 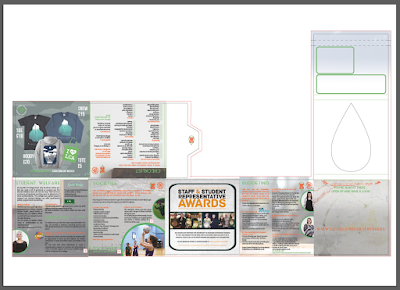 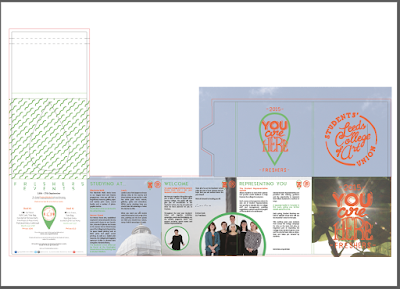