To start with I took the words that we came up with that we wanted to aim to communicate. These are detailed in the briefing post of this project. I also looked at the Pinterest board for image references and just started to sketch out some preliminary ideas. 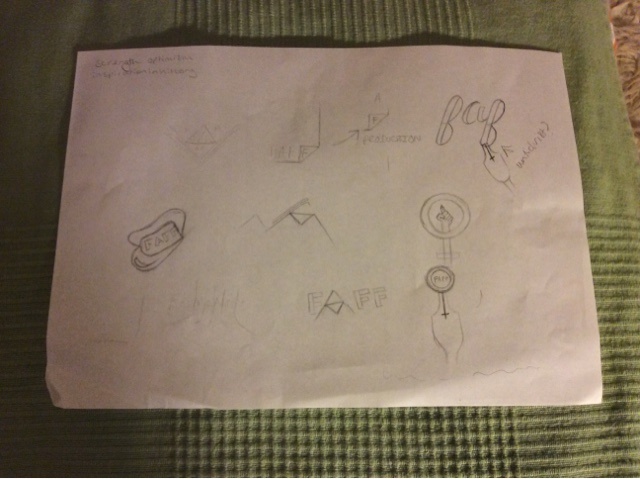 I looked at the traditional symbol of feminism and looked at adding a pencil to the mix to suggest recording. The most difficult thing to communicate at this stage was the idea of an archive and recording which is central to the whole concept. Although some of the archives are in film and other forms the most associated form of archive record is paper or book form. This got me thinking about the posiblity of using turning pages to symbolise the recording of history with an eye to the future. I also looked at other writing utensils like the pen above and working the feminist symbol into this but it did start to look a bit like an anti-Christ symbol! 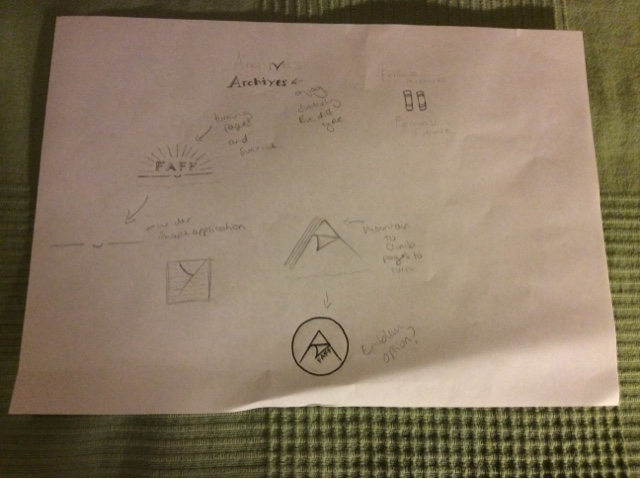 I pursued this book symbolism idea further and found that it could look a bit like a mountain, which thematically can work in terms of the challenge of achieving equality. I will take this idea to izzy to see if she thinks there is any mileage in the idea. Although here could be problems in fitting in the long title, so I was thinking that the logo could work with the abbreviation integrated and the full name underneath. 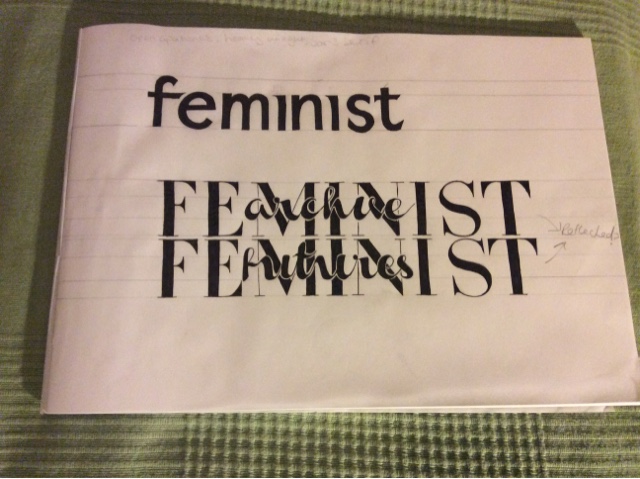 I dabbled in some type only concepts, looking at the concept of the past shaping the future I developed a simple and light sans serif in which letters are shaped by the letter before. I also looked at the structure of the name and the repetition of the word feminist and how this could work to our advantage. Although this doesn't have legibility on its side I think there could be something in the way that one of the 'feminist's can act as the past and the other representative of the future, one shaping the other.