As previously mentioned the SU are making packs out of the different print outcomes for this campaign. As part of this they wanted a way to brand the outside of the envelopes as part of the elections promotion. Creating a stamp was the most cost effective way to do this as well as fitting really well with the risograph texture which is such a corner stone of the identity. I tried several times to use the laser cut facilities to create the stamp I wanted but there were multiple very time consuming problems that kept getting in the way. First there was no technician anywhere to be found and then I couldn't buy Lino off them (they sent me to an art technician who seemed non pulsed at my asking). Once I had got the vinyl (from the library) the issue was there were no speed and intensity presets for the easy cut Lino or regular Lino so we were uncertain which would actually cut. In the end deciding that my time was more valuable than my money at this point  I ordered a custom stamp online from the English stamp company, who seemed the most reputable from their online presence, and received it the next day with a laughably small amount of fuss. The SU are really happy with the stamp and love the way it looks of the envelopes. 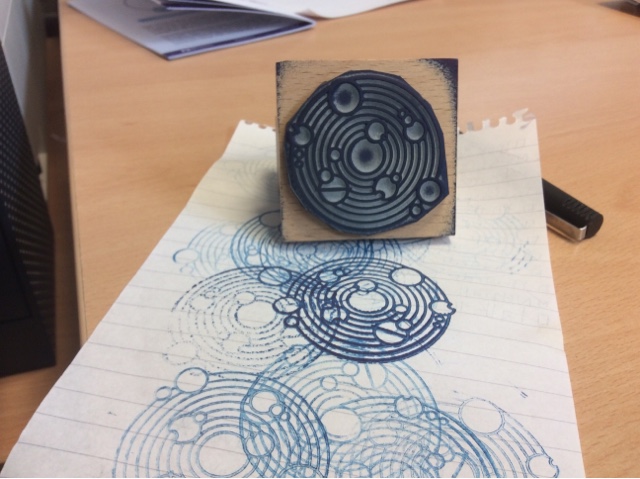 The pack were then distributed around the college to be found and opened by possible apcandidates. 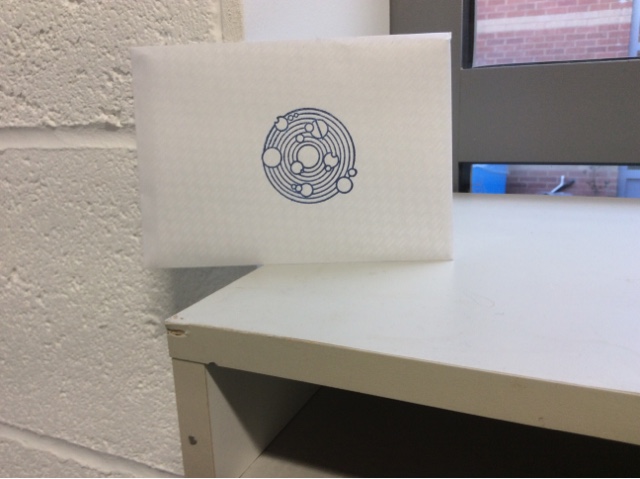 From the start we also knew that we needed to create vinyls to be used on the walls and floors around voting stations and all over and elections events. This at least was fairly straight forward. Having talked to Emma about what theses would be best suited for, I knew I wanted the vinyls to interact with the spaces the big A1 posters were. So, Billie and myself came up with the idea of making small info hot spots of a kind around the posters and the info they provided. To do this we would use half the circular logo and sit it against the wall under the poster or on the wall under the poster. This would draw extra attention to the posters and show that it is important information. 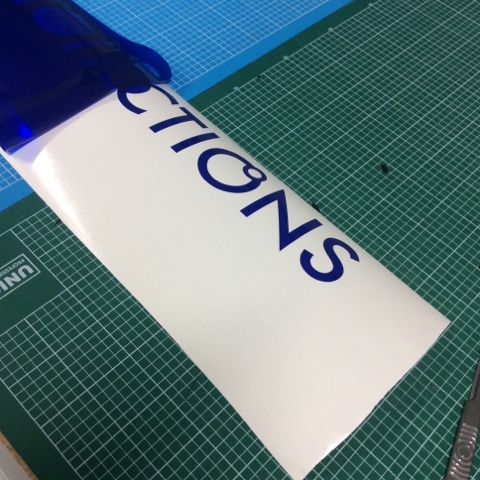 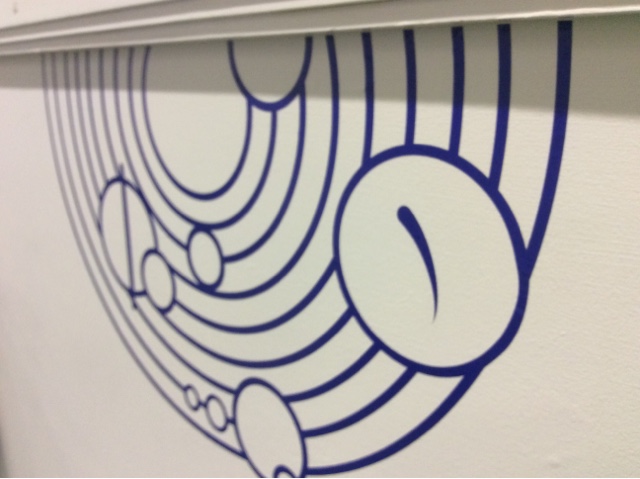 There were many parts of these designs that were particularly difficult in vinyl form becaus of its delicacy. However, Billie did a great job of getting them up on the walls without a hitch and I think they look great and do draw the eye more. 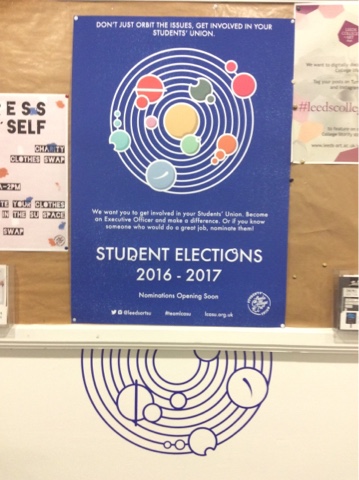