As part of our lecture we were given examples of lettering and asked to change the classification of them. For example, turning a sans serif into a serif. Below you can see an attempt to change a Baskerville lower case a into a sans serif form. 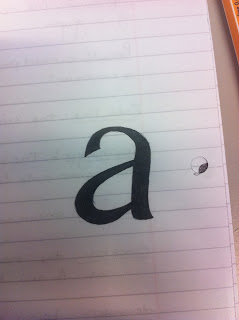 These are some sketches from other people on our table. 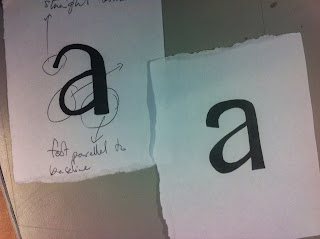 We were also given an upper case R in Ariel. I found that particularly hard because I have had very little to do with arial as a font and so don't fully understand what defines it. This has really taught me that to change my font for my alphabet soup brief I have to really understand the font I am starting with for my changes to be accepted by the letter  forms. 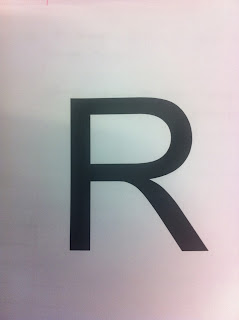 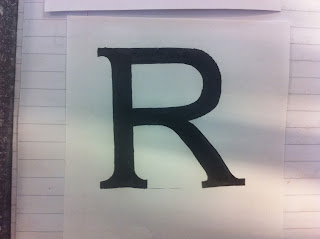